Almost a decade of neoliberal austerity measures imposed by successive national governments and European politico-economic elites have contributed to social fragmentation and to established forms of representative democracy losing their legitimacy. The rise of populist nationalism across the continent leaves a polarized and radicalized Europe facing existential challenges.

In partnership with the European Cultural Foundation (ECF), Eurozine launches a new focal point that responds to these developments with in-depth analysis of their root causes, and insights into alternative inter-local forms of mobilization around the commons. Clearly, grass-root cultures still have a pivotal role to play in building solidarity and keeping the prospect of a common Europe alive.

The focal point coincides with the start of a four-year programme run by ECF aimed at reinforcing diversity and equality as drivers of progressive societal change. These issues were discussed at the Foundation’s Idea Camp 2017 in Madrid from 1 to 3 March, an event conceived as a forum for “daring ideas to build societies with greater equality, sustainability and solidarity, and a stronger sense of social justice”.

The focal point draws on the publishing activities of Eurozine partner journals and on content created during the course of the ECF’s recent work on Europe’s changing cultural, political and media landscapes.

Clash of solidarities or cultural diversity?

Fragmentation and solidarity in Europe, far from being opposed to one another, are becoming increasingly entangled, argues political scientist Ivan Krastev. In an article entitled “Utopian dreams beyond the border”, he discerns a Europe that is currently experiencing a clash of solidarities. By contrast, Kenan Malik insists that the reaction to cultural diversity must be political dialogue rather than indifference disguised as respect. More specifically, Malik discerns the ‘community of communities’ approach as being responsible for the emergence of a tribal sense of identity among third-generation Muslims in Europe.

As regards how best to serve the European public sphere, recent proposals envisage the creation of a supranational public service broadcaster. However, Roman Léandre Schmidt and Carl Henrik Fredriksson are sceptical: rather than creating an artificial flagship, the EU must provide incentives for existing outlets to Europeanize their operations.

Cultural historian Fatima El-Tayeb highlights alternative continuities among European Others. Against the background of an anxiety-ridden debate around threats to a European identity, she looks at how systemic exclusionary structures are being remixed throughout Europe to create a trans-local and trans-ethnic counter-discourse. A comparable dynamic is to be found Olav Fumarola Unsgaard’s article on the small town of Riace in southern Italy, where the challenges of immigration surges and regional depopulation are being met simultaneously. The ‘Riace model’ opens up a better future for crisis-struck regions, explains Fumarola Unsgaar.

Sociologist Pascal Gielen underlines the severity of the crisis facing liberal representative democracy in the wake of the US presidential election. The need for a civil domain has never been greater, he argues. Gielen examines the options left to intellectuals and creatives who are still prepared to imagine a better world. French political scientist Julien Talpin considers the campaign against the criminalization of black people across the United States. He argues that affinities between Black Lives Matter and traditions of community organizing show the potential for new coalitions.

Commoning practices: From movements to society

Geographer Lazaros Karaliotas focuses on everyday commoning practices developed in the wake of the squares movement that began with Syntagma Square, Athens, in summer 2011, and spread in varying degrees throughout Europe. (For further background on the situation in Greece, see also Evie Papada’s article “Extractivism above all?”)

Karaliotas notes the fragility of links between solidarity initiatives within Greece, a fragility that is even more pronounced in links to other solidarity movements further afield, in Europe and beyond. Yet a Europe-wide commons movement is steadily taking shape, along with corresponding institutions. The first European Commons Assembly, held in Brussels in November 2016 at the European Parliament, attracted around 100 commoners from throughout Europe. Among them were David Hammerstein and Sophie Bloemen, co-founders of the Commons Network, a civil society initiative based in Berlin and Brussels. Picking up where the European Commons Assembly left off, they write in the current focal point on how the commons can revitalize Europe.

Public law scholar Christian Iaione outlines his notion of the co-city, a city that is both cognitive and collaborative, and may well herald a new era of urban co-governance. Iaione also considers the implications of bottom-up initiatives for the future of the welfare state. Meanwhile, Fred Frohofer, of the Swiss initiative Neustart Schweiz, insists that we re-localize our lives by restructuring our cities and their relation to rural regions. Frohofer’s contribution goes some way toward redressing the disconnect between commoning practices and discourses on the Anthropocene.

Zuzana Révészová and Zuzana Tabačková return to the local level in an article entitled “The school as commons”. The authors profile a project that uses a local school as a hub to revive community spirit on a housing estate on the outskirts of Košice, Slovakia. Révészová and Tabačková describe how the estate sheds its aura of communist city planning, as the neighbourhood participates in lively commoning practices.

Key to all of the developments discussed is the question posed by Lazaros Karaliotas: how to create alternative forms of organization and commoning that are durable – or how to proceed ‘from a movement to society’. This will require ‘daring imagination, rigorous organizational innovation and a commitment to the inherently open logic of equality’. 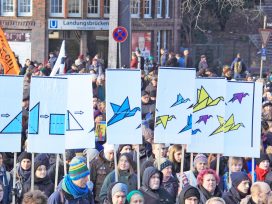 Fragmentation and solidarity in Europe is a cooperation between Eurozine and the European Cultural Foundation. 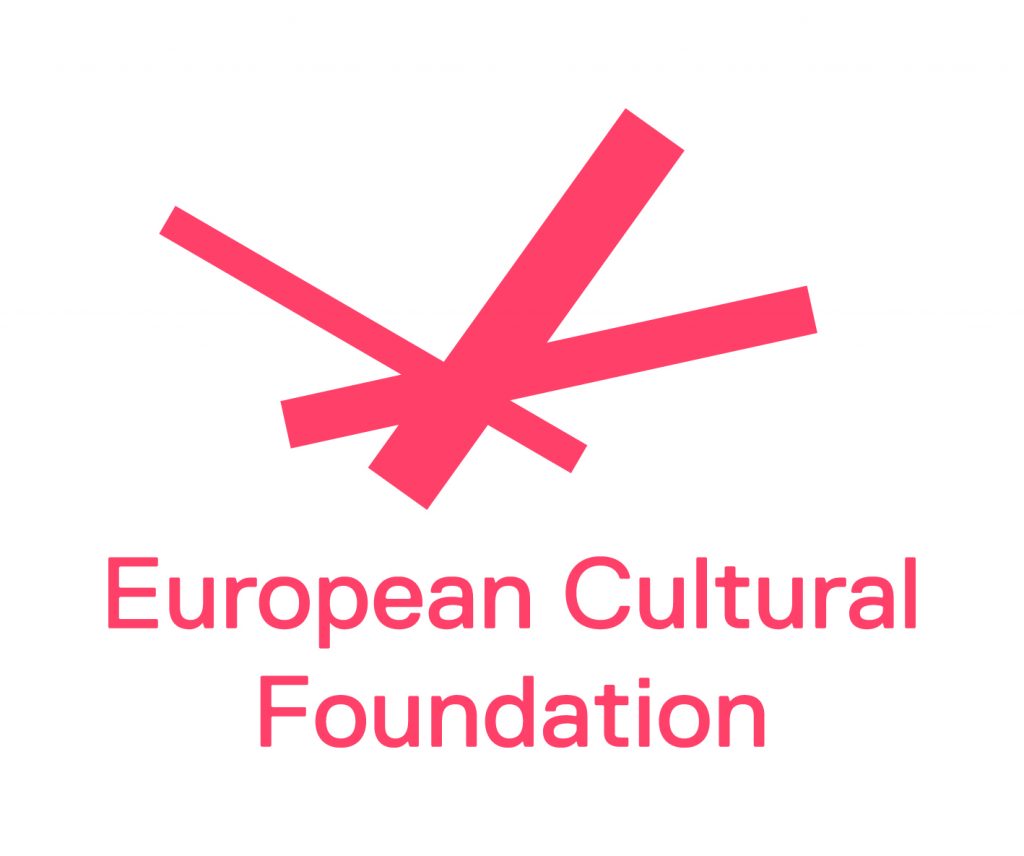 On the fear of the Other and anxieties about the Self

The ‘community of communities’ approach is responsible for the emergence of a tribal sense of identity among third-generation Muslims in Europe, argues Kenan Malik. The reaction to diversity must be political dialogue rather than indifference disguised as respect.

Immigration surges and regional depopulation can cause crises for the communities affected. Yet in the small town of Riace in southern Italy, these challenges are being met simultaneously. The ‘Riace model’ opens up a better future for crisis-struck regions, explains Olav Fumarola Unsgaard.

Breaking out of the echo chamber

A broadcasting service for Europe?

Is the goal of a European public sphere best served by the creation of a supranational public service broadcaster, as has recently been proposed? Roman Léandre Schmidt and Carl Henrik Fredriksson are sceptical: rather than creating an artificial flagship, the EU must provide incentives for existing outlets to Europeanize their operations.

Following the disappointment of Obama, what is the way forward for the campaign against the criminalization of black people across the United States? Affinities between Black Lives Matter and traditions of community organizing show the potential for new coalitions, argues Julien Talpin.

Artistic constitutions of the civil domain

On art, education and democracy

In the wake of the US presidential election, the severity of the crisis facing liberal representative democracy is clear. The need for a civil domain has never been greater, argues sociologist Pascal Gielen. What options are left to creatives still prepared to imagine a better world?

Against the background of an anxiety-ridden debate around threats to a European identity, Fatima El-Tayeb looks at how exclusionary spatio-temporal structures are being remixed throughout Europe to create a trans-local and trans-ethnic counter-discourse.

The possibility of a co-city

In interview, Christian Iaione discusses the concept of the “co-city” – a city that is both cognitive and collaborative – which has been implemented in Bologna. Could this mark the beginning of a new era of urban co-governance? And what do the rise of bottom-up initiatives mean for the future of the welfare state?

The defence and regeneration of the commons depends both on meaningfully strengthening EU participative policy processes, and on greater responsiveness to local civic communities. Following the first European Commons Assembly, Sophie Bloemen and David Hammerstein consider current and future options for co-creation, stewardship and social and ecological sustainability.

The school as commons

Housing estates can accommodate many people, but they rarely bring residents together, creating instead an atomized mass of individuals. However, public space can be cultivated, even among blocks of flats. And the school can play a key role in creating a shared environment and civic involvement, as seen in the example of a project in Košice, Slovakia.

Whoever loves nature lives in the city

Commoning practices in the Anthropocene

Urban life requires that less land be developed for settlement and reduces traffic volumes. Moreover, commoning practices can provide products required on a daily basis at reduced cost, while using fewer resources and improving quality of life. Fred Frohofer argues for the restructuring of our cities and their relation to rural regions.

Towards commoning institutions in, against and beyond the ‘Greek crisis’

Utopian dreams beyond the border

If the financial crisis divided the EU between creditors and debtors, opening a gap between North and South, the refugee crisis re-opened the gap between East and West. What we witness today, writes Ivan Krastev, is not what Brussels describes as a lack of solidarity, but a clash of solidarities: national, ethnic and religious solidarity chafing against our obligations as human beings.

Intensifying the exploitation of underground resources has been suggested as a solution for Europe’s crisis-ridden regions. But who really owns these resources? And where do the proceeds from their exploitation go? Evie Papada reviews the situation in the villages of Chalkidiki, Greece.