Democracy, humanism and diversity have little to do with a “European inheritance”. Yet EU cultural policy instrumentalizes cultural heritage to promote common identity. This narrative bias needs to be challenged, says Erik Hammar.

Now and then, during his ten years as President of the European Commission, Jacques Delors would say: “You don’t fall in love with a common market.”

His point was that free trade is necessary but not sufficient. A body of steel and coal cannot function without a soul. The citizenry must feel part of European culture if they are to succeed with their economic and political project. Feel part of a European narrative.

But who writes it? And what true values does it cherish?

The European Union has no mechanism for cultural legislation. The framework programme, Culture 2007-13, with its annual hand-outs to companies, organisations and individuals, is the EU’s most important means of leaving a distinctive imprint on culture. Apart from its support of the European film industry (750 million euros), there are funds (400 million euros) allocated to festivals, translations, workshops, restorations of buildings, exchange programmes and much more. Sweden’s Intercults Corners (about Europe’s regions and borders) is one project among hundreds granted support in 2010. Other recipients included individuals and a few Swedish stage productions, but also multinational ventures such the European laboratory of hip-hop dance. Generally, encounters and collaborations across borders are strongly favoured.

Other worthwhile goals are promoted. One way of doing this is via the funding of projects with a maximum duration of two years. To appreciate quite how much store the EU sets on “cultural heritage”, all one needs to do is count the projects that had “cultural heritage” as a central theme: 33, or one sixth of the 200 funded applications. By comparison, the same number of projects were devoted to the entire genre of the “visual arts”, and 15 to “architecture”. The relatively generous funding of cultural heritage could well be the reason why it featured so prominently in the applications.

Grants for literary translation showed a similar bias. Half of the nearly 500 projects were for translations of texts originally written in English, French or German; Estonian was the source language in 2.

And only 12 books were picked for translation into one of the big languages.

In another group of applications, approximately half of all available funding has been earmarked for organisations in Great Britain, France and Germany.

The key document setting out the EU’s present cultural policy is based on a report entitled A European Agenda for Culture in a Globalising World drafted by the Portuguese MEP Vasco Graça Moura. At the presentation of his report in April 2008, he spoke insistently about “cultural heritage”. Graça Moura claimed: “Our cultural heritage places Europe in the forefront compared with all other parts of the world. A heritage,” he continued, “which is an essential point of reference for humanism, spiritual wealth and enlightenment, democracy, tolerance and citizenship.” Furthermore, cultural heritage is a “source of identity” and encourages citizens “to hold their heads high in relationships with other nationals”. 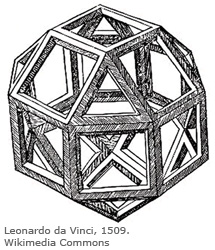 The opinion-formers behind the EU’s cultural policy are unmistakeably from the right of the political spectrum. The Cypriot Androulla Vassiliou, the current Commissioner for Culture, is a centrist politician, and her predecessor, Jan Figel, a Slovakian Christian Democrat. Figal, in turn, replaced Viviane Reding, a Christian Democrat from Luxembourg, who shared the post with the current President of Lithuania, Dalia Grybauskaite, an independent, who has expressed her admiration for Margaret Thatcher.

To put it simply: European Union cultural policy is the preserve of the Right. Graça Moura’s report was accepted without much debate. Securely propped up by the “European” cultural canon, a conservative junta determines which cultural values deserve support. They build the monuments and select days for celebration. Typically, Commissioner Androulla Vassiliou’s points to the “European Heritage label” as an especially good initiative: the label is intended as a marker for places and buildings with a significant role in the creation of Europe.

For years, cultural issues were left at the bottom of the EU pile. András Bozóki, the Hungarian academic and former Minister of Culture, has shown that culture has entered the agenda whenever the EU has been worried about its legitimacy and about the waning of popular confidence. In the 1970s, the oil crisis prompted the publication of A Declaration on European Identity (December, 1973) and the populist expression a “people’s Europe” – as opposed to a “technocrats’ Europe”. At roughly the same time, the European Commission announced its first recommendation in the cultural sphere. In December 1974, member states were advised to “protect their architectural and landscape heritage”. When, just over a decade later, the EEC decided to establish the common market, in which people, goods, services and capital would move freely, the union-to-be was also given its flag, anthem and an annual City of Culture.

Some would argue that the sums of money spent on culture are so small that a few hundred millions are neither here nor there compared to the total budget of the EU. Which, in 2011, was in the order of 142 billion euros. Still, this disregards the symbolic value of spending on culture, as well as the EU’s own policy guidelines, which state that concern for cultural and environmental factors should be integrated into all aspects of the EU’s activities. The committee that drafts the cultural guidelines for the European Parliament (abbreviated as CULT) is charged with developing the plans for a “European citizenship”, a goal that is specified in the Lisbon Treaty.

A new phrase has found its way into Article 1 of the Lisbon Treaty, which sets the basic tenor of the EU by listing in bullet point form reasons for why the Union was established. The second point includes: “drawing inspiration from the cultural, religious and humanist inheritance of Europe.”

Next comes a list of the eternal values claimed for Europe. Minor things, such as freedom, democracy and equality.

Article 1 was fought over for a long time. Poland, Italy, Slovakia and, naturally, the Vatican, favoured a reference to “Europe’s Christian heritage”. They were appeased with passages expressly referring to “churches”, which puts Christianity in a stronger position than other religions.

In fact, the pivotal word in Article 1 is “inheritance”, not “cultural”. According to the report produced by Vasco Graça Moura, this inheritance consists of “Greco-Roman and Judaeo-Christian antiquity”. He goes on to say that this cultural heritage has “placed Europe at the vanguard of all the continents”.

If cultural policy in Sweden had been explained in terms of such ideological pragmatism, the effect would have been a storm of accusations of elitism, xenophobia and bureaucratic triumphalism. But in Europe, home for half a billion people, it is just fine.

During the eleven-and-a-half hours that the Swedish parliament spent debating the Lisbon Treaty, the words “culture” and “cultural policy” got one mention each. Both instances were in general arguments, used in the context of the battle between the parliament and Brussels, so that “culture” might easily have been replaced by another equally diffuse concept. “Trade”, perhaps, or “employment”.

At the 2009 Gothenburg Book and Library Fair, when I asked the then minister for culture, Lena Adelsohn Liljeroth, about the elements of the EU cultural policy, she thought of Europeana, a kind of search engine for online libraries. Europeana’s motto is “Connecting Cultural Heritage”.

She also came up with Media 2007, the funding programme for filmmaking. Film has actually become a cherished medium in EU circles, mainly due to its great ideological potential. As if to clear up any doubts about what the use of culture might be, the introduction to Media 2007 defines the purpose of film as “one of the principal vectors for conveying the Union’s common and shared fundamental social and cultural values to Europeans and especially young people”.

The European Left has little or nothing to say about the EU’s cultural policy. Everyone, including the Swedes, seems caught in a double-bind: “choose the nation or the Union” (it seems you can only pick one). Ilda Figueiredo, a Portuguese MEP in the European United Left-Nordic Green Left group, was among the very few critics of Graça Moura’s report. As she wrote in a comment: “There is no unitary ‘cultural heritage’, and especially not as a referent for ‘humanism, tolerance, democracy’ and so forth.” Figueiredo continues: “[Europe’s cultural history] is not only one of diversity, admirable energy and progressiveness, but also of violent conflicts and intolerance, with many examples of dominant cultures in various contexts. The notion of a shared heritage is sheer fiction.”

Against the background of consensus, Figueiredo stands out as a naive and noisy idealist.

What is the function of culture in the EU? Mere window dressing? Or are people working in the cultural sphere truly given opportunities to practice their crafts and stimulate the public to think innovatively? The answer to both questions is “yes”. European Union cultural policy enables exciting projects to take off. It is also a showpiece of social engineering, fashioned with all the tools of conservatism and managed top-down, from somewhere on the right of centre. The discussion about European citizenship and “Fortress Europe” should be made part of the cultural policy debate. Culture is not a fenced-off zone. It is an ideological powerhouse, capable of influencing as well as being influenced by the issues surrounding citizenship. Arguably, it is not unreasonable to use culture as an instrument to create a European identity, intended to complement the national one. But it is disconcerting to see this done without debate. And on the basis of “classical European values”.