In its dossier on Chile, ‘La Revue nouvelle’ fosters hopes for the new constitution: have the country’s ties to Pinochet’s neoliberal model finally been broken; does Chile’s flash mob feminism pave the way for a global communitarianism; and are independent politicians the ones to take recent protest values forward.

This issue of La Revue nouvelle focuses on recent political changes in Chile in the wake of the mass protest movement from October 2019 to March 2020. The draft of a new constitution has moved into the next phase following the election of the constitutional convention in May 2021.

Many see this process as an opportunity to radically transform the conservative and neoliberal structure that has been in place since the military dictatorship, and as a ‘great victory for those involved in the October 2019 social movement,’ notes François Reman. The new constitutional convention ‘heralds a reshaping of the political landscape and a rupture with the institutional order of the last thirty years.’ 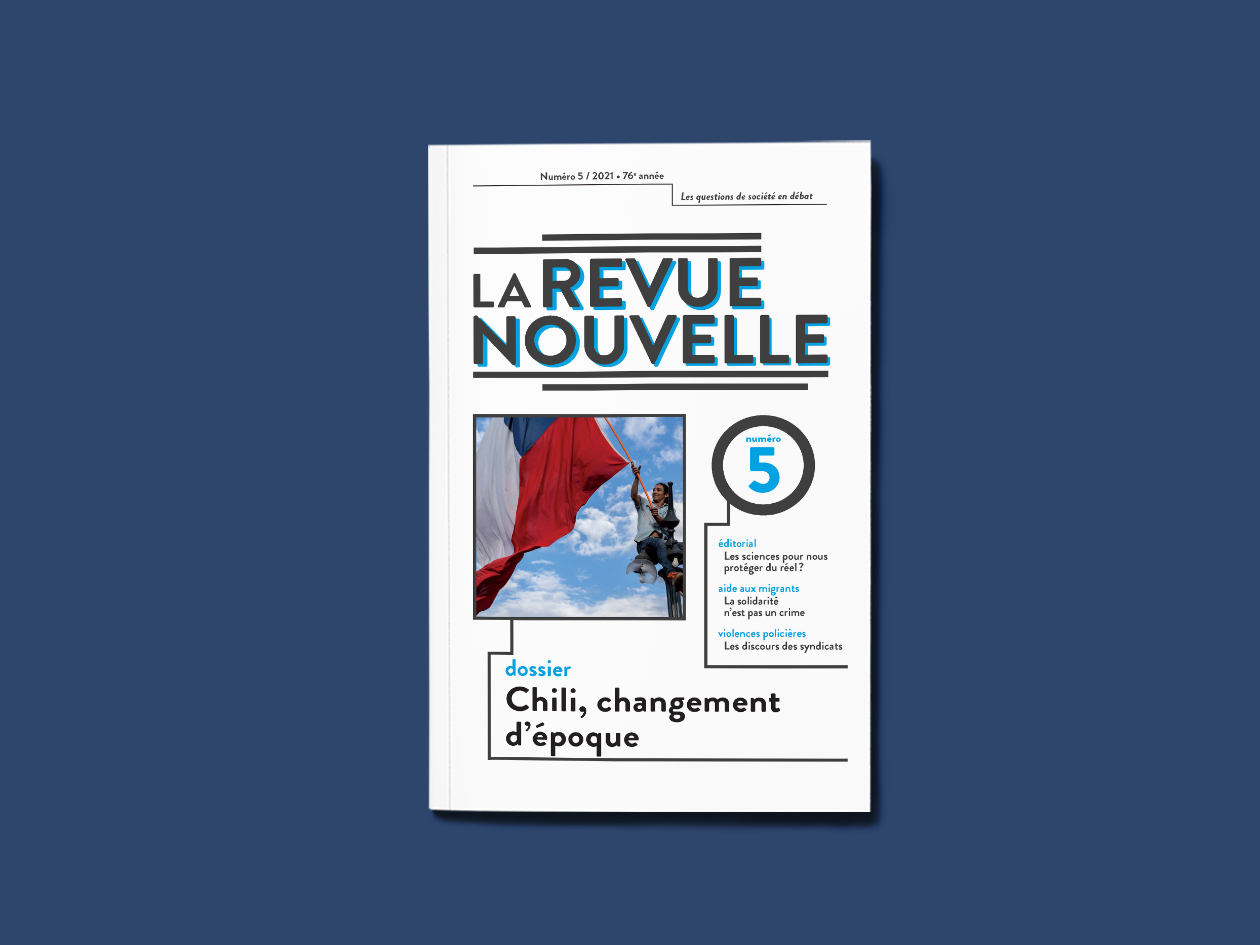 While the right suffered huge losses, the centre-left bloc, which has predominantly held power since the democratic transition, was also overturned by the ‘new left’ consisting of an alliance between the communists and the Frente Amplio. The biggest surprise, however, was that independent candidates won a third of seats, marking a dramatic shift towards the protest movement’s values potentially being incorporated into the constitution.

Fernando Alvear Atlagich traces the 2019 movement back to the beginning of the 1990s when Chile’s democratic transition failed to leave Pinochet’s neoliberal model behind. The signs of malaise were already there: a ‘decade of de-ideologization and depoliticization’, characterized by increasing inequality and generalized insecurity, mixed with a longstanding ‘anti-establishment and anti-oligarchic tendency’.

But it wasn’t until the 2000s that social movements, predominantly led by students free of the dictatorial baggage from their parents’ generation, began to construct narratives linking individual hardship with structural failings. The process of re-politicization deepened the divide between the elite and the general public. It ‘undermined the legitimacy of established political and economic systems’, paving the way for the uprising, which ‘called into question the very notion of political representation,’ writes Alvear Atlagich.

The feminist flash mob Las Tesis was a powerful protest against sexual violence in Chile, which Paulina Pavez Verdugo identifies for its mass impact: over 300 actions were performed in every continent; along with the Argentinian pro-choice ‘green wave’ and the Latin American ‘Ni una menos’ movement, it has helped cement ‘Latin America as the birthplace of a new wave of feminism with global scope.’ Communitarian feminism ‘moves beyond the Eurocentric Cartesian dualism of nature and society,’ asserts Pavez Verdugo, by treating the body as an extension of territory and forging important alliances with environmentalists and indigenous rights activists.

This article is part of the 12/2021 Eurozine review published in cooperation with CAIRN International Edition, translated and edited by Cadenza Academic Translations.