Belgian journal Culture & Démocratie devotes a special issue to the theme of the camp and its broad range of meanings, including refugee camps, detention centres and concentration camps. 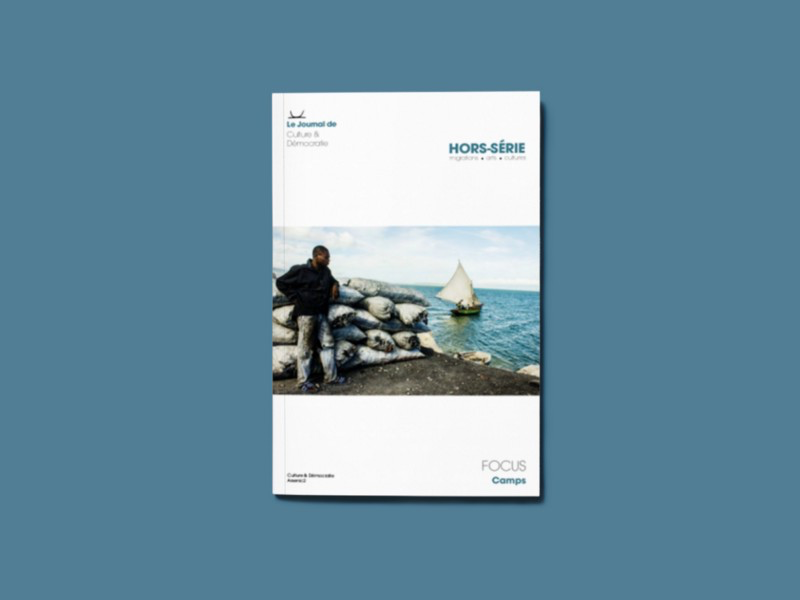 The inherent paradox of refugee camps lies in their double role as places of sanctuary and confinement, writes Clara Lecadet. Considering the UNHCR’s idea of preventative protection, she argues that humanitarian aid, while ‘presented as a model example of virtuous help and refuge, is, in fact, a very powerful political tool for controlling movement’. The populations of camps see the institutions or states that run them as a form of power, as shown by the election of representatives to negotiate rights or demands. Humanitarian marketing and the use of celebrity endorsements conceal this hidden reality of inequality.

Nimetulla Parlaku discusses the relationship between camps, power and cities, asking, ‘is a camp not the beginning of a city?’ He describes the control and power relations that distinguish camps from the early stages of cities, showing that rules applicable to French communes do not apply to camps – a testimony to the fact that these zones are not subject to the same legislation and rights as the rest of a country. ‘Camps are no longer the organic catalyst of a city, but instead, as in our detention centres, spaces of controlled immobilization for migrants.’

Roland de Bodt reflects on his teenage realization, reading Peter Weiss’s play The Investigation, that Nazi concentration camps ‘were not a “blunder” or a “mistake” of modern history: they were the prototype (while very imperfect) of the industrial society that would be established, on a global scale, after the Second World War.’ Far from having disappeared after 1945, camps still exist today, albeit in subtler ways. In social media, he argues, we are denied freedoms by a system that monitors our every movement, and crucially, that seduces us into voluntary participation.