The history journal remembers bitter fights over Belarusian territories after WWI and recalls the ambiguous legacy of a nationalist icon. Also, German propaganda and psychological warfare in Belarus between 1941 and 1944.

Belarusian journal Arche returns to the turbulent period between 1918 and 1921, when the territories of Belarus were fought over bitterly by the reborn Second Polish Republic and the new-born Soviet Union. It was also a time that brought forth daring adventurers and talented warriors: for example, Stanislav Bulak-Balakhovich (1883–1940), an aristocrat with Belarusian, Polish and Tartar roots, who was later demonized by Soviet historians and to this day is revered by Belarusian nationalists. 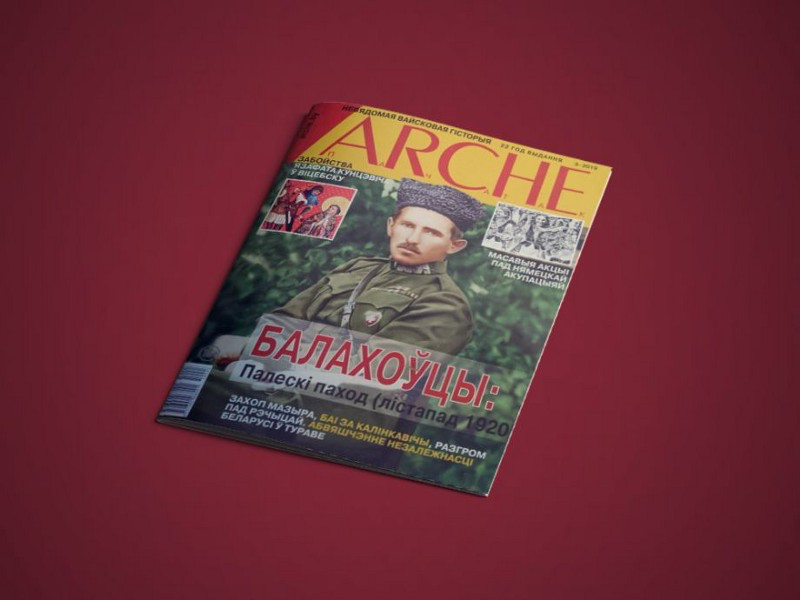 Based on material from an archive in Moscow, Uladzmir Lyachouski presents the memoirs of two officers who served in Balakhovich’s unit on the side of Poland during its war with the Soviet Union. After peace talks began in August 1920, the army moved to southern Belarus, where it pushed back the Bolsheviks. From there Balakhovich attempted to bring the Polesia region, including the towns of Turau and Mozyr, under its control and to resurrect the Belarusian Republic that had collapsed in 1918.

The memoirs are valuable not just because of their descriptions of everyday life and the role of the ‘Belarusian idea’, but also for their description of the antisemitic violence that Balakhovich’s men incited against the Jewish population. ‘The systematic pogroms turned the army into a band of outlaws’, writes Pavel Aleinikau. ‘The majority of officers and soldiers were against violence, but for the Synki (Balakhovich’s loyal followers) the pogroms were the real goal of the war.’ The memoirs allow for the controversial and mythical figure of Balakhovich to be clearly understood for the first time.

German historian Babette Quinkert writes on German propaganda and psychological warfare in Belarus between 1941 and 1944. A central role is taken by festivities such as Mayday, which the Nazis orchestrated in order to impose their political goals on the Belarusian population. This only deepened nationalist yearning for an independent Belarus, something clearly illustrated in the accompanying images of posters bearing slogans such as Zhyvie Belarus! (Long live Belarus!)

Socialism in one apartment complex

Eurozine supports the campaign for an Eastern European Independent Journalist Fund. The fund will pay for stories produced by Ukrainian, Belarusian and Russian journalists who are reporting the truth on the war despite the enormous risks. This important initiative will only be funded if it reaches its goal by Sat 2 April.