Doing the right thing in the Anthropocene

The ‘Anthropocene’ raises new questions about our collective responsibility for the fate of our planet. It prompts us to ask what we owe to future generations, who will face the consequences of today’s climate crisis, and what kind of democratic policies are needed to respond adequately.

Whether or not it corresponds to a new geological epoch, the Anthropocene can be defined as the time when planet earth as a whole (living species, ecosystems, waters, air, land, and, of course, the climate) has been changed, for good or ill, by the human species.1 I will describe three features of our ethical predicament in the Anthropocene, and then sketch three possible approaches to it.

The Anthropocene raises – and probably for the first time – the quandary of what to do when the entire human species takes moral responsibility rather than individuals or groups. Examples of such a predicament so far only belonged to myths or science fiction. Human beings are, according to the Abrahamic religious story, all God’s children. Humans as such have certain duties towards God and His creatures. In the event of an attack by aliens, we would all in principle have a species-based obligation to defend our planet. Here, the distinction between the Anthropocene and some of its aspects, such as climate change, is important. It is possible that only certain individual entities (say, the largest carbon dioxide emitters) bear responsibility for climate change. In the Anthropocene, however, we are by definition all involved.

Accepting the reality of the Anthropocene thus means looking at nature anew. Nature is, in the Anthropocene, no longer something to be classified as entirely non-human. Earth becomes something we have made together as a species, albeit unintentionally. In the Anthropocene, the circle of ethical concern thus needs to expand because our world has expanded -we are in a special and, as a result, morally demanding, relationship with many more creatures and entities than ever before. In the Anthropocene, the fate of glaciers and icebergs has become our business, not unlike how a homeowner thinks of their garden or pond.

If what we call ‘nature’ bears traces of human activity that we cannot ignore, humans have a certain amount of responsibility for ‘natural’ disasters affecting other humans, now and for a long time to come. By entering into a special relationship with ‘nature’, we have also formed unique bonds with entire human generations we would otherwise care about – if at all – in a merely impersonal way.

These three points seem to pull against each other. The second and third points (planetary concern and unique bonds with nature and humanity) present us with an overwhelming notion. On this way of thinking, almost everything on Earth and everybody in the near and distant future, deserves my concern as something owed to them. The first point, about humanity’s collective involvement, is bound to dilute our individual sense of just what I owe them (what I have done wrong, what I can and should do right). As a member of the species homo sapiens, I am but one of 7.7 billion others, not counting those before and after me. 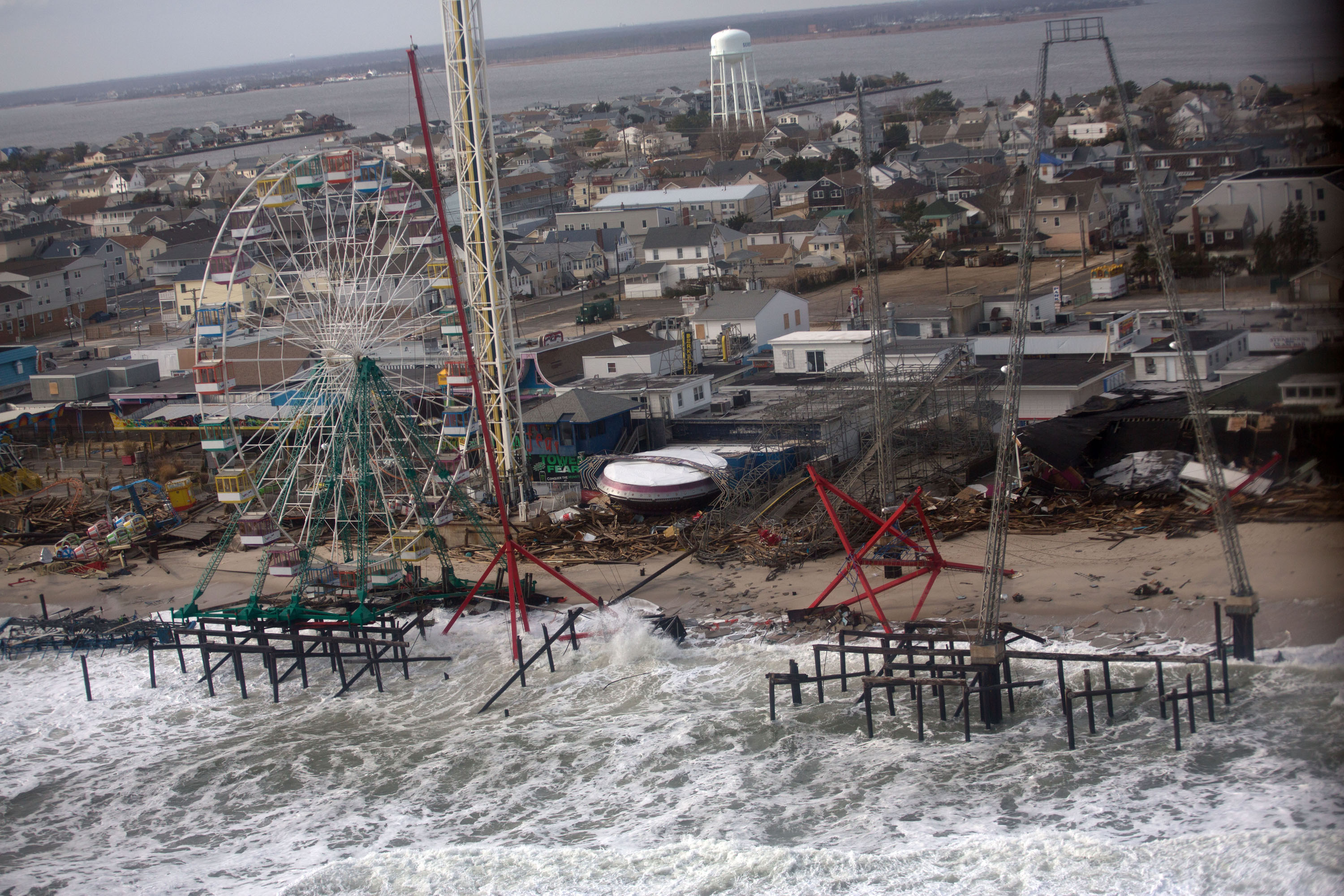 Three suggestions for how to do it right

It thus seems that, as a question of purely individualized morality, the question of ‘doing the right thing in the Anthropocene’ is unmanageable. What are the alternatives? I will explore three directions.

One idea is to establish collective duties of beneficence, harm avoidance, and harm reparation, i.e. duties primarily to be assigned to sets of agents who form collectivities.2 However, while this might be a sensible strategy to tackle some issues like climate change (this is in fact Cripps’ target), the Anthropocene as such seems to require treating the entire human species as a collectivity, and it is not clear that this would be a coherent notion. Moreover, any such purely moral proposal would still need the support of just and efficient political institutions.

A second suggestion is to move away from the language of duty and focus instead on the cultivation of old and new virtues such as justice, hope, and truthfulness, or the so-called ‘green virtues’.3 This proposal, however, risks being even more obscure than the former when it comes to organizing virtuous behavior into effective collective action – which is what is surely needed for the Anthropocene.

The third proposal would squarely focus on politics as the primary locus for tackling the ethical questions of the Anthropocene. The human species is not a political entity, but only national and global political institutions seem to approximate the right ‘size’ for the Anthropocene. However, just what politics can and should do here is a contested issue, especially if one keeps a firm commitment to the theory and practice of democracy. In particular, even if, in moral terms, future generations and nature after the impact of humans deserve our concern, yet, as Di Paola Jamieson argue, they matter only derivatively in democratic terms, and the most undemocratic thing if all would be to force political agents to care if they do not already.4

Such statements are far too dramatic. After all, a certain portion of our contribution as taxpayers already goes to benefit people other than ourselves, our families, people of our generation globally, and fellow citizens.

First, a country’s revenue is (at least ideally) partially invested in the long-term sustainability of the country itself. The existence and well-being of future citizens is thus ensured, partly, by current citizens. In order for this to work, current citizens do not need to care about those benefited future citizens. To argue that this state of affairs is undemocratic seems a mistake.

Second, the vast majority of democracies have tight relations of interdependence with other countries. A part of taxpayers’ money also goes to feed those associations, whose benefits partly accrue to the respective countries’ current and future citizens. Again, in transferring such resources, the state is under no illusion that its citizens want to benefit people from other countries, and it may not even be clear that the interests of its own citizens are thereby promoted. It is more likely that its future citizens will benefit in this way, but this, as I have argued, does not make things undemocratic.

What the Anthropocene presents, then, is not an intractable problem for democracy, but the more limited (though obviously difficult) issue of how uncompensated transfers of resources (i.e. sacrifices) for the sake of future generations of foreign citizens can be made acceptable to citizens. But what is needed, here, is not so much new or better democracies.5

We have one solid precedent of this sort of disinterested political action: the international and local policies aimed at fixing the ozone layer depletion from the late 1980s onwards. Fixing the ozone only minimally, if at all, benefited those living at the time. Most of the effort was, instead, evidently spent on restoring the ozone layer for the sake of later, and, in principle, indefinitely many, generations – an almost completely altruistic action, from a generational point of view.

Nor was there any issue of benefiting one’s own citizens versus benefiting others: being all under the same sun made any such distinction collapse. In sum, there is no sense in which, say, Italy’s actions could have been aimed at ‘fixing the ozone for this and at most the next couple generations of Italians’.

Finally, it is not as if governments had to wait for their citizens to express their views about it to legitimize their decisions. Action was taken regardless of what the then-current generation had to say about it. The ozone story provides a historical example of the kind of policies needed in the Anthropocene, while at the same time proving that such policies need not pose any danger for democracy.6

Marcello Di Paola and Dale Jamieson ‘Climate Change and the Challenges to Democracy’, U. Miami Law Review 72/2018, 420  Available at: https://repository.law.miami.edu/umlr/vol72/iss2/5

This article was written with the support of ETAg grant PUT1630.

Hysterics do not help in crisis

How to transcend the climate change culture war

Esprit asks how the idea of universalism fares in a globalized society attuned to difference, diversity and inequality.