‘La Revue nouvelle’ explains why the ‘Next Generation EU’ COVID recovery fund does not break with the logic of austerity; how the Belgian ‘Plan for Recovery and Resilience’ fails to unite; and what needs to be done to put culture at the centre of the recovery.

As the Belgian government prepares to submit to the EU its ‘Plan for Recovery and Resilience’ (PRR), detailing how it intends to allocate the €6bn the country is set to receive from the ‘Next Generation EU’ recovery fund, La Revue nouvelle devotes a dossier to the historic development.

Many claim that the €750bn fund, which will be raised by the Union independently of the member states through the issue of EU bonds, marks the breakthrough to a common EU fiscal policy. Others, such as the neoliberal sovereignists responsible for the complaint to the German Federal Constitutional Court at the end of March, are less convinced. There were sighs of relief in the EU this week when the Court lifted its injunction on Germany’s ratification of the plan. 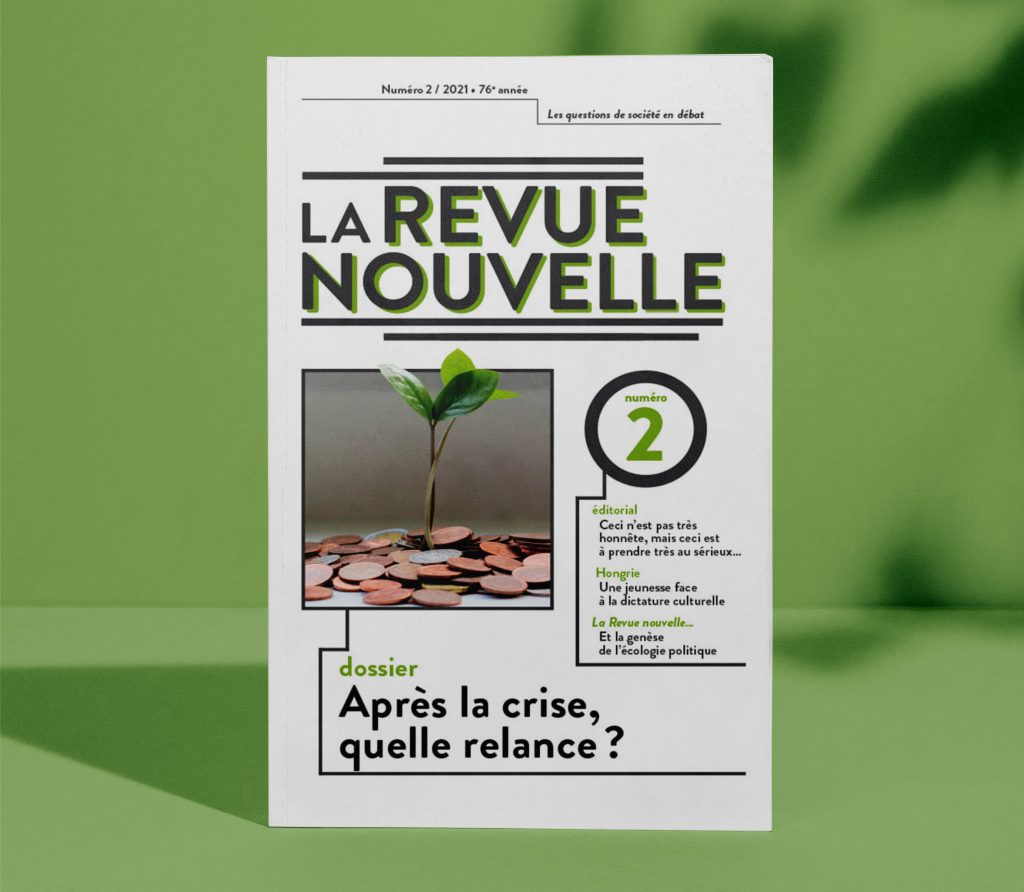 However, it is not just parts of the right that are sceptical: many on the left see the plan as just another boon to the financial markets. Benjamin Denis and François Sana argue that, despite the Keynesian thrust of the move towards investment and shared debt, it would be wrong to speak of a wholesale break with the ‘logic of austerity’. Rather, funding for member states’ national recovery plans is couched in conditions that encode the EU’s ‘sacrosanct’ macroeconomic policy and its neoliberal leanings.

Denis and Sana are also unconvinced that the plan hails a ‘new federal era’ for EU politics. While the unprecedented joint debt burden may give an impression of ‘greater solidarity between member states,’ most of the €750bn pot will be directed towards national plans, not pan-EU initiatives. Indeed, the price of getting some of the more ‘frugal’ countries on board has been a slash in funding for collective EU programmes.

The question of solidarity, or want of it, looms large in Caroline Sägesser, David Van Den Abbeel and Jean Faniel’s assessment of the Belgian PRR. They dispute the notion of ‘a’ national plan, suggesting that Belgium is ‘devising a series of recovery plans at federal, regional and community levels’. The final draft, the authors suspect, will amount to a ‘pooling’ of project lists from the country’s six governments, rather than the ‘coherent whole’ envisaged by the EU.

This lack of an integrated national strategy is evident in ‘disparities’ between the weight that Belgium’s different Regions and Communities have given to each of the five focus areas for recovery projects set by the EU. Once the six project lists are reduced to the final €6bn selection, the ‘construct’ of the national PRR will mask the uncoordinated way in which the lists were drawn up, and the limited role of inter-parliamentary debate in deciding which projects made the cut.

Luca Ciccia examines the place of culture in the EU and Belgian responses to the pandemic. The EU recovery plan, he asserts, ‘could have been designed with culture at its core’. But it has failed to pave the way for a ‘culture-driven recovery’. The legislation passed by Belgium’s federal government in July 2020, which introduced emergency support for artists and other cultural sector workers, was equally disappointing. Even if these measures were to be implemented permanently, they wouldn’t go far enough in shaking up the Belgian social protection system for artists.

Ciccia offers his own ideas for how the system could evolve. They include direct government grants, more public sector jobs for artists, support for ‘non-market based’ cultural activities and greater solidarity within the cultural sector. These proposals present a way of ‘doing culture differently,’ avoiding a return to the ‘market-based’ brand of culture that prevailed before lockdown. But Ciccia is not optimistic that such a sea change will happen, accepting that his alternative roadmap ‘won’t make headlines in the public debate on culture’.