Europe has never been a place for racial or environmental purity. Situated at a crossroads of the world, it has always been characterized by change and hybridisation. Palaeontologist Tim Flannery calls for reinventing the commons and bringing elephants back to Europe.

Lore Gablier: What is striking in your book is the way you describe Europe as a place of hybridisation: you even use the word métissage. Hybridisation, métissage: these are words that tend to be perceived negatively. Can you explain why hybridisation is so fundamental for Europe and perhaps reflect on the political implications this may have?

Tim Flannery: Hybridisation has been occurring in Europe throughout its history at a very rapid rate because it is a crossroads of the world. Species from Africa, Asia, and in the past, even North America could meet and mix and, if they’re sufficiently close, will hybridise and create often stable new forms of life and new species. Hybridisation has a negative connotation for some people, but as far as I know, hybrids are very vigorous and fit, and often better at surviving.

In terms of politics, the lesson that I take away from this is that the rhetoric in Europe about racial purity or environmental purity is unhelpful. It’s dangerous. It’s not the way Europe has been created. Europe has always been about change and hybridisation. It has been this land of creative destruction, of change, of hybridisation, of geniuses arising from exposures to new ideas and new ways of thoughts.

If we go back to the essence of what Europe is, we see that racism should have no place in Europe. I would just ask people to go back to their European roots and to say: what is it that makes this continent such a great power in the world, even if it’s a small place? What is it that can continue to make us leaders in the world? All those ideas boil down to a simple decision: do we let refugees in? If you look at what Europe is, you would say: of course! Because Europe would benefit from this, it would grow and become more diverse and more wonderful. And yes, it would be painful for a time; it always is. The process of creative destruction is always like that. But in the end, it’s what makes Europe what it is.

That process of hybridisation, of constant challenge and creative destruction, has created a very dynamic continent. Europeans seem to me to be always thinking a little bit ahead of the world. The European Union is one example of that: the way it brings everyone together seems to me to be the future of global politics. I think the rewilding process that really started in Europe is again the future of our planet. We know that we have to do this process of rewilding because, otherwise, we will face irreparable damage to the fabric of the living earth that supports us.
This article is based on an episode of the European Pavilion Podcast by the European Cultural Foundation. 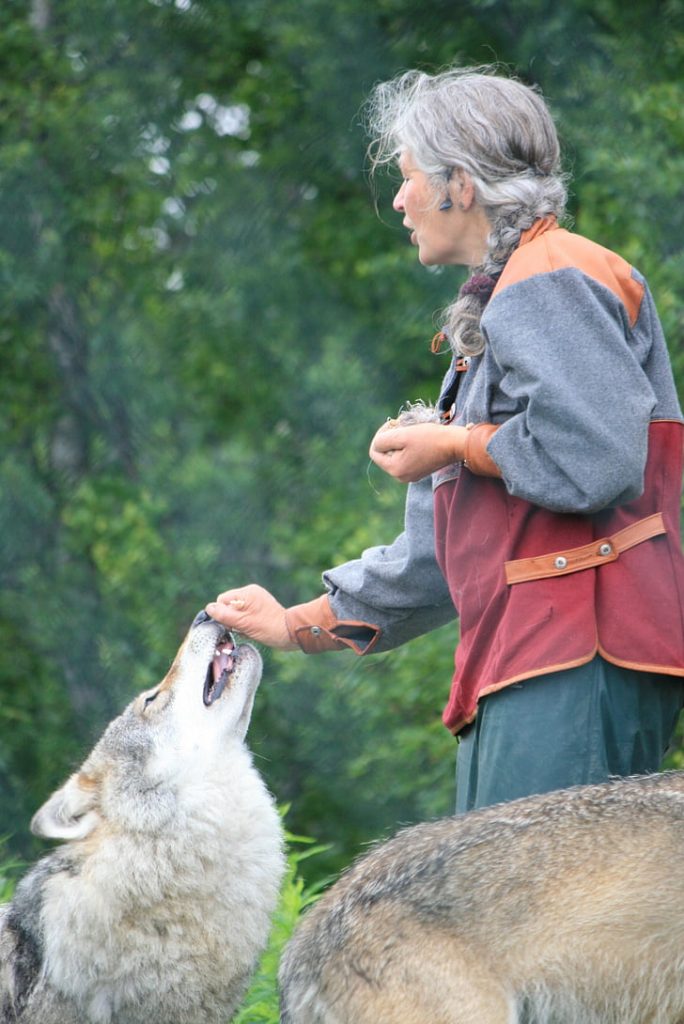 Public space and the wilderness

Lore Gablier: What is the process of rewilding and why is it of such importance? What does it mean for Europe?

Tim Flannery: Rewilding in the European context means restoring the biodiversity that is necessary for Europe’s ecosystem to function in an optimal way, and to prevent losing species. All ecosystems need large herbivores and large carnivores, and some diversity to keep going. In Europe we see rewilding today focussed on species such as the giant forest wisent – the European bison; maybe bringing back the ancient European horses. It’s a fascinating experiment. In the long term, Europe will be restored in a very meaningful way. The ecosystems of Europe that have been so devastated by people for thousands of years could function properly again.

Tim Flannery: As Europe starts its rewilding process, we need to think a lot more about what is public and private. I don’t have the answers but this is a question for young people to think deeply about. Europe has had a tradition of the commons: they’re not really public spaces because everyone has ownership of something in the commons. Someone might have the right to collect mushrooms; someone else would have the right to herd cattle on for a certain time. I think rewilded areas are going to be extremely environmentally diverse and, if you take that general model, it fits much more comfortably in the concept of the commons rather than into the concept of private ownership. As Europe rewilds, we see some issues arising, for instance, regarding wolves. But Europeans will have to come to terms with a social architecture that allows wolves and nature to thrive alongside them.

In the longer term, we have to work with nature. Otherwise, we could end up creating unsustainable and suboptimal systems that don’t reflect the natural glory of a place like Europe. If I were European, I would gently start crafting landscapes of rewilded areas. This is a great ongoing experiment. Some things will work, others would not. But one could take pride in the fact that Europe is the very first continent to take this on and show the world a new way to live sustainably with nature, and not against it. 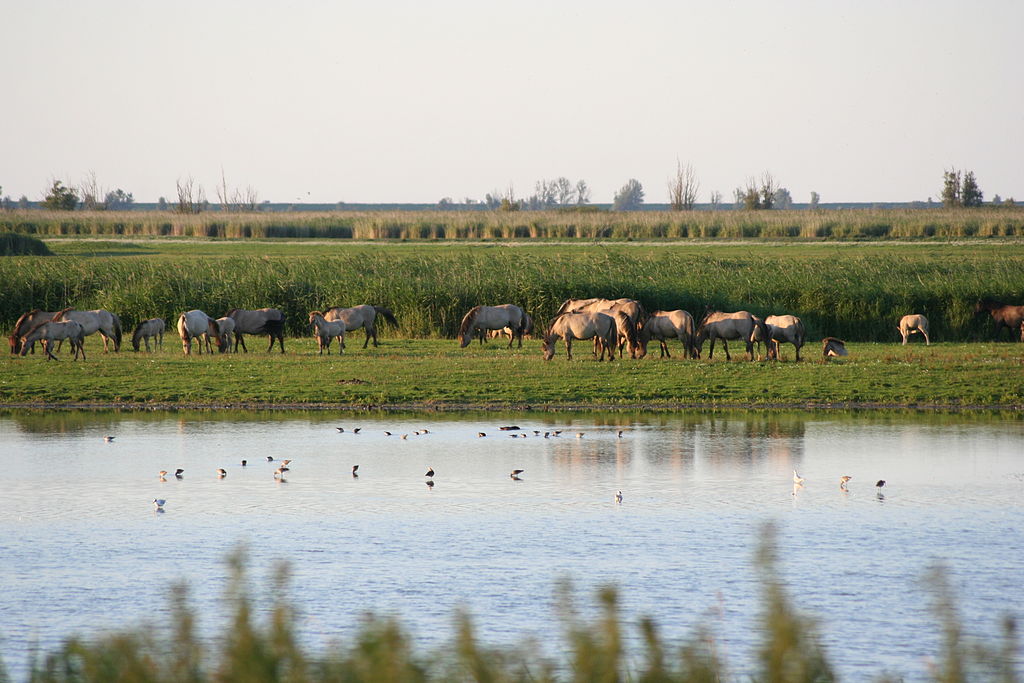 Lore Gablier: In your book, you say that Oostvaarderplassen in the Netherlands, this nature reserve born from a process of rewilding does not correspond to many people’s romantic idea of natural Europe and its pastoral landscapes. It seems to me that one of the tasks ahead is to overcome a certain ideological perception of this land. How should Europe be perceived?

Tim Flannery: Europe is extraordinarily diverse as a landscape. In the past, it was probably even more diverse. If you look at a place like Oostvaarderplassen, it is not a forestal environment because the soil is so rich that herbivores can exist in vast numbers. Were we to create a similar size reserve in Germany, in particular where the soil is not so good, we might have fewer herbivores and more forests, and a different mix of animals. So let’s treat this as a great experiment: let nature guide us rather than our preconceptions or our aesthetics.

I see the future of Europe as a wild place harbouring elephants and lions long after they disappear from Africa, a continent that is going to have a population of four billion people, whereas Europe’s population will be less dense with lots of newly re-forested lands. I can imagine Europe in the future being an archipelago again: an island of cities, separated by great tracks of wild forests. And the young Europeans will go hiking in the forest to learn and have adventures, and take tourists to see the wildlife. 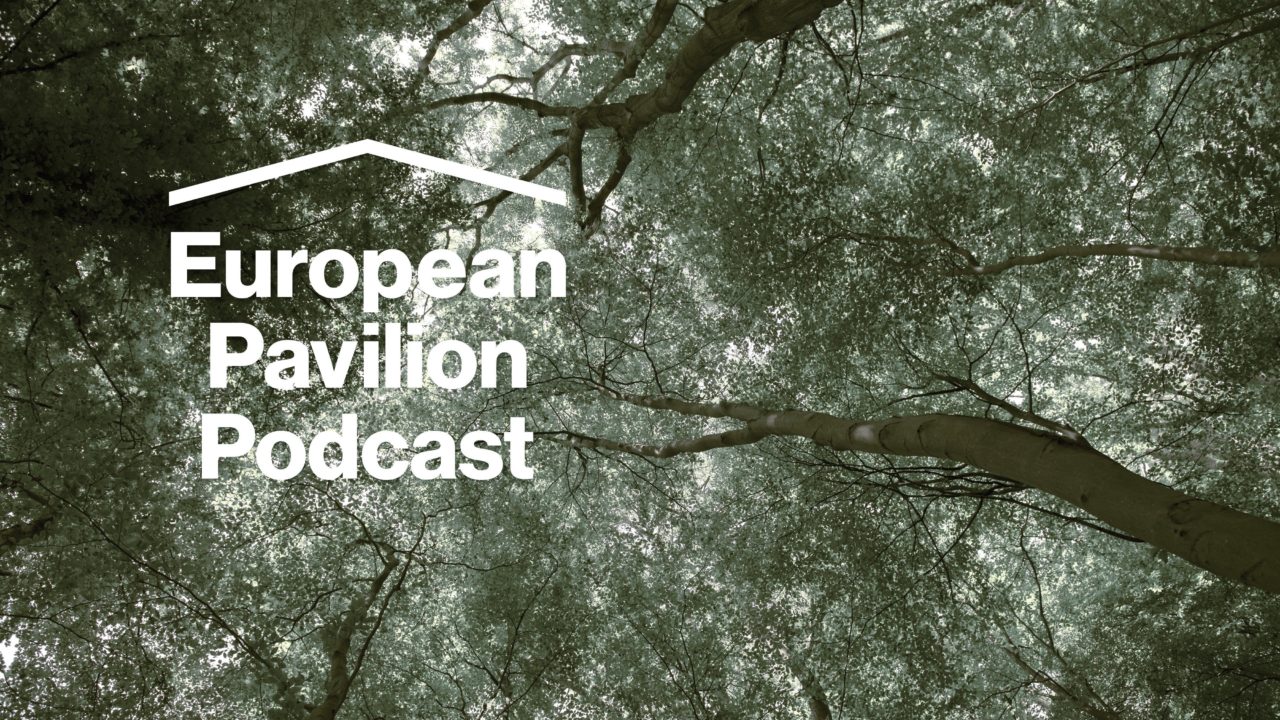 Europe is more than a collection of nation-states and it needs a different story to engage with its future. The European Pavilion project looks into potential representations of Europe, with its podcast series serving an artistic investigation.

Lore Gablier: How would you imagine the European Pavilion? What would it look like?

Tim Flannery: I would give almost no space to nations but I would give a lot of space to regions, and to history and nature. I would want to have a Pavilion prompting people to ask: what is Europe? We use the word all the time but no one really thinks about what makes Europe special, distinctive. I would make the Pavilion experiential for people. It be possible to do it as a soundscape or some sort of virtual landscape of Europe a 100 million years ago, then 50, 25 and then 5 million years ago; then a stage of a 100 years ago, onwards to 200 years into the future where Europe features great forests again, with European rhinos and elephants. 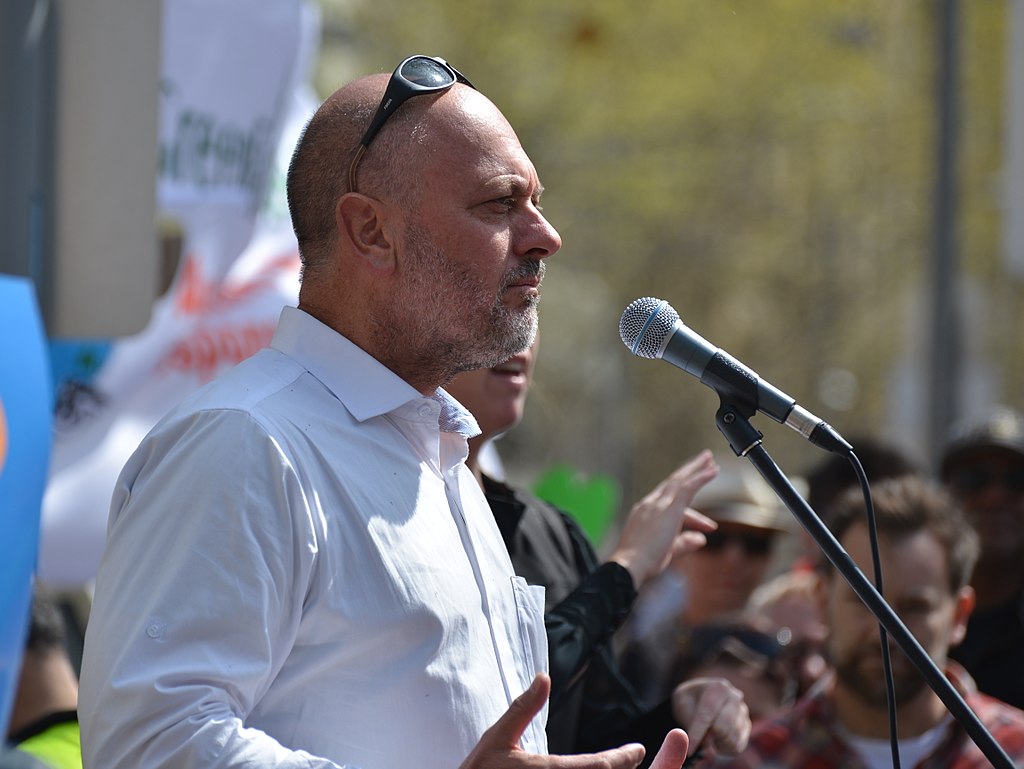 Lore Gablier: The first time we spoke, indeed, you told me that people think you’re crazy for wanting to bring elephants and lions back to Europe. You insisted that Europe has room for them, and I couldn’t help but think of the well-known saying: the elephant in the room. What do you think is the real elephant in the room when we look at the future of Europe? What is there that we don’t want to see?

Tim Flannery: To me, the elephant in the room is the unconsidered attachment to only one version of Europe: the kind of vision that you find in children’s books of Europe with little mice and little birds, which is adorable and lovely, but in a way, it is a diminished vision of Europe. What is holding back our imagination about what we think European nature is? People think they know Europe but they don’t. They don’t know that European elephants still survive in Africa.

This article was originally published by the European Cultural Foundation and the European Pavilion Podcast, and republished in Eurozine within an ongoing collaboration with ECF.

A patch of moonlight