Commemoration risks becoming ideology-lite if it makes the fall of the Berlin Wall synonymous with the collapse of communism. Only real dialogue with the other side of the former Iron Curtain can save the West from parochialism.

As the anniversary of the fall of the Berlin Wall on 9 November approaches, the commemoration machine is going into overdrive. 1989 is everywhere, Eurozine included. Which is as it should be: when it comes to understanding Europe today, there is no more worthy a subject for public history.

1989 is great for journalism, no question, but commemoration risks becoming ideology-lite if it makes the fall of the Berlin Wall synonymous with the collapse of communism. In the West, we know about the revolutions across the rest of the Eastern Bloc, but can we honestly say that they hold the same fascination for us as events in Berlin and Leipzig? And if not, why not? Thirty years on, western media need to ask how their agenda-setting supports relations of power in today’s Europe. Only real dialogue with the other side of the former Iron Curtain – only critical memory work – can save the West from parochialism.

Another parochialism, also common in the West, concerns the ‘backlash’ narrative: post-communist publics disenchanted with a combination of capitalism, corruption and multiculturalism embrace populist leaders promising to restore national sovereignty and conservative values. The interpretation is fine as far as it goes, but what about analogous developments beyond Europe? Is ’89 significant solely as the beginning of a story that ends with Orbán and Kaczyński?

This is the question that Ivan Krastev and Stephen Holmes set out to answer in their new book The Light That Failed. They argue that resistance to the imperative to imitate the West – above all Germany – drives support for populists in Hungary and Poland, but plays out differently in Russia, where yearning for superpower status translates into a politics of aggressive ‘mirroring’. Meanwhile, in the cradle of western liberalism, isolationism and protectionism are the responses to a perverse sense of being victimized, above all by an ascendant China – which not only considers itself inimitable, but whose global strategy does not depend on being imitated at all. The ‘New Cold War’ theory fails precisely for this reason.

In an interview with Eurozine, Krastev picks up on the themes in the book and responds to Aleida Assmann’s claim that the imitation thesis trivializes the ideological substance of the new authoritarianism – quite a criticism, which Krastev is at pains to refute. He also talks about the role of the dissidents after ’89: to see them as unequivocally liberal, let alone anti-capitalist, would be to reproduce another western trope, he argues.

Both Krastev and Assmann will be speaking at the 30th European Meeting of Cultural Journals this weekend in Berlin. The title of the conference is ‘Europe ’89: The promise recalled’. The ambiguity in the title is deliberate. Our aim is to explore the terrain between the shallow affirmation of the ‘annus mirabilis’ and the cynical teleology of anti-liberalism that is readily exploitable by those who wish to see Europe fail. Critical memory work, in other words. 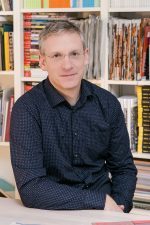 This editorial is part of our 22/2019 newsletter. You can subscribe here to get the bi-weekly updates about latest publications and news on partner journals.