Since 1945, the so-called ‘nuclear taboo’ has been grounded on what British diplomat, historian and international relations theorist Edward H. Carr referred to as ‘the insoluble problem of finding a moral justification for the use of force.’ Nuclear weapons are unparalleled in terms of the scale and scope of their destructive power and the fallout from their use has proven to have abhorrent consequences for the victims across generations.

The escalation of tensions between nuclear states like the United States, Russia, and China has revived the fear of a nuclear apocalypse. The recent Russian military occupation of Ukraine, allegedly in response to the Kremlin’s concerns over the possibility of NATO’s enlargement to the East, has stoked fears regarding the potential use of nuclear weapons, as well as the possibility of proliferation.

As the Los Angeles Times wrote referring to a study published by Nature Food in August, with ‘less than 3% of the world’s stockpiles’ a nuclear confrontation between Russia and the US ‘could kill three-fourths of the world’s population’ in two years. In fact, the mutually assured destruction could happen with the use of even fewer or ‘limited’ tactical nuclear weapons.

After the nuclear attacks on Hiroshima and Nagasaki raised a death toll of 210.000, the US once again considered the use of nuclear weapons in the Korean and Vietnam wars. However, it held back to avoid a political backlash amidst rising anti-nuclear sentiment around the globe. As political scientist Nina Tannenwald has demonstrated, the (still alive) ‘nuclear taboo’ has not only responded to changing strategic circumstances such as those in the Korean and Vietnam wars, but it has taken years of collective effort by states, civil society actors, and international institutions to stigmatize the use of the bomb.

To what extent has this ‘nuclear taboo’ been institutionalized and formalized to punish its violators? Is it still strong enough a constraint to hold back belligerent states from dropping the bomb or providing it to one’s allies?  Nuclear states still embrace the deterrence mindset, defined as ‘the attempt to keep an opponent from adopting a certain course of action by posing risks which will seem to him out of proportion to any gains to be achieved,’ although history has shown its limitations. For example, the possession of nuclear weapons is not enough to prevent a conventional military attack. 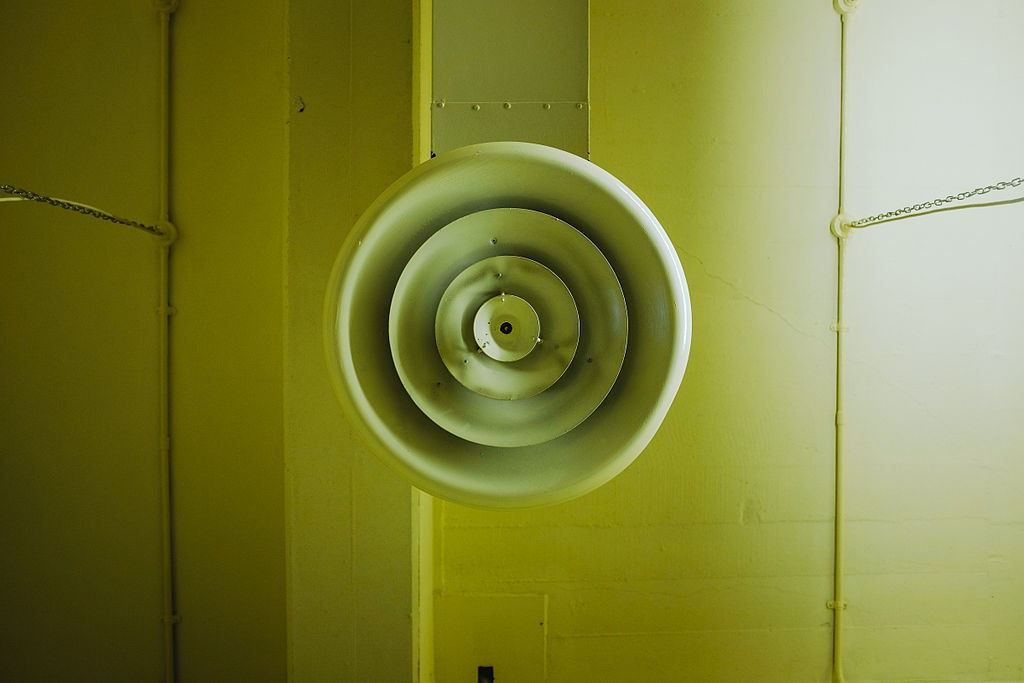 While nuclear abolitionists have made gains on their agenda – for example, through the enforcement of the Treaty on the prohibition of nuclear weapons (TPNW) in 2020 – nuclear states have pursued the policy of preserving the status quo in their favour. This means modernizing their arsenals and brandishing the threat of using them as they please. The abolitionists oppose such policies in favour of fully eliminating these weapons. The gap between these two camps has not narrowed. From this perspective, the meaning of peace is a polysemous battlefield.

The development and internationalization of the ‘nuclear taboo’ have been based on the agency of international institutions such as the UN and the International Atomic Energy Agency (IAEA). Non-nuclear states have also contributed to strengthening the taboo, for example, through the creation of Nuclear-weapon-free zones (NWFZs) and the establishment of institutions like the Brazilian-Argentine Agency for accounting and control of nuclear materials (ABACC), often dismissed by international relations scholars. Nonetheless, without the commitment of nuclear weapon states and their tacit acceptance of the taboo, the taboo’s prevalence until today would not have been feasible.

The Non-proliferation treaty (NPT) of 1968, which has served as the backbone of the non-proliferation agenda, convenes a review conference every five years. These conferences are meant to harmonize the contrasting international perspectives on dealing with the existence of nuclear weapons. Since only five nations have the right to possess nuclear weapons, the legitimacy of the treaty is often questioned due to the disproportionate decision-making power in the hands of unassailable and ‘unpunishable’ actors.

In other words, the ‘nuclear taboo’ has a problem of incommensurability with the current norms because it has not been translated into a compelling legal framework. The nuclear states’ staunch opposition to the TPNW has been yet another indicator that the nuclear have-nots’ endeavour to abolish the current status quo may prove chimeric.

The last review conference concluded on August 26, 2022, without any consensus regarding the final document. This time, the tensions crystallized by the war in Ukraine made this outcome predictable. Russia rejected the statements about the ‘grave concern’ over the military activities around the Ukrainian nuclear power plant in Zaporizhia. These unsatisfactory outcomes – nurtured by the open hostility between the US and Russia – are the latest additions to a long list of setbacks facing the modest (and unbalanced) disarmament and non-proliferation agendas.

Certainly, the ‘nuclear taboo’ is in one of its darkest hours due to the weakening of the institutional scaffolding that promoted it. Moreover, the absence of a sort of ‘red telephone’ or a channel of dialogue between confronting nuclear powers has exacerbated the situation. The expiration of the Intermediate-range nuclear forces treaty in 2019 after the US withdrawal also dealt a blow. 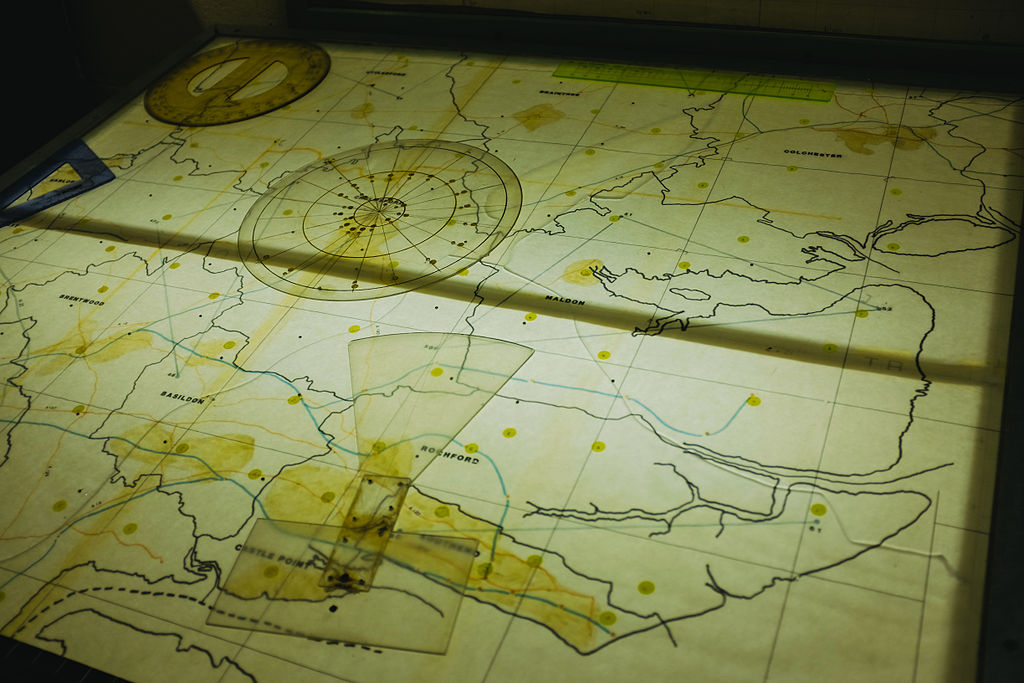 In some cases, the use of nuclear weapons on a battlefield might offer some tactical advantage, but it would result in a much larger humanitarian and political disaster. However, what the two nuclear adversaries, the US and Russia, can still do is provide nuclear weapons to their allies. This undertaking would be a flagrant violation of the NPT, which forbids nuclear-weapon transfers, and it would also be a setback of the ‘nuclear taboo’, triggering a proliferation chain of unknown results.

The future of non-proliferation

Has the NPT the strength to prevent the above-described outcome when its last conferences ended up without a final document?  Unfortunately, there is enough evidence to conclude that the ‘nuclear taboo’ could be undermined by the potential mushrooming of new nuclear states amid weakened institutional structures. To preserve the ethos of this taboo from the periphery of power would mean a permanent political and institutional battle with nuclear powers.

The Nuclear-weapon-free zones, which demand the total absence of nuclear weapons in delimited regional areas under the IAEA’s supervision, have proved to be relevant until nowadays in preventing the acquisition of nuclear weapons by other states. The restrictions that they enshrine, including activities such as nuclear production, manufacturing, testing and deployment, have helped to reinforce the expanded notion of the nuclear taboo and, in the current belligerent scenario, they could halt a possible chain of proliferation. Although they do not cover conflictual zones like the Middle East and East Asia, amidst the context of a weakening of the NPT the NWFZs might play the role of the last bulwark of the non-proliferation utopia.