When even a suitcase is too much

Word from those on the ground in Ukraine is coming through. And the message is – everyone who needs to leave should, but please don’t say goodbye anymore.

Well, Kherson didn’t give them ‘the picture’! Or, actually, it did. But not the one they wanted: thousands of people rose up in front of the armed assholes and told them ‘Get out!’ And not only that but also about the Russian warship, about Putin, about Russia itself. And, mostly in Russian.

I’ll go there, not only to hug them but also to bow.

The whole department of the Institute I work at is located in Kyiv. I got into a fight with one of my colleagues over the presidential and parliamentary elections in 2019. I also fought with another member of staff in 2016, right after I got my job there. He believed that Russians have a soul, faith and even a God. When I used to talk about how this God was raping Donetsk, he would slam the door and leave the office. Now they are my loved ones, my dear ones, my priceless ones. ‘We won’t go’, they text me on Viber every day. ‘We won’t go, because it’ll be the others who’ll go to hell.’ Notably, they are both believers and follow all the religious practices. It is Forgiveness Week right now.

However, we still have February in memory, so no forgiveness.

When we made it out of the hell of Donetsk, we would drop to the ground every time we heard a loud sound for about six months after.

Now, as Tatusya Bo writes,1 they put up notices on the entrances of cities and towns of western Ukraine: ‘People, please don’t slam the door. There are refugees here. They’ll think it’s explosions.’

After the war we will be very quiet. With quiet music, quiet conversations, quiet smiles.

Today, in one of the humanitarian centres of Kyiv, there was a queue to sign up for lifting and carrying duties, and then another one to move things. And one more queue of cars to distribute aid in the city.

Among those who was nearly rejected was an eleven-year-old boy. He started yelling: ‘I’m tired of no one seeing me as a combat unit! If you don’t give me a job, I’ll find one myself.’

Many are leaving Kyiv. And after reaching a safe place, they call and share the ‘good news’ such as: ‘Kadyrovitsy said they would take Kyiv in a day.’ People…

Jack Nicholson has posted a video to support Ukraine. My favourite movie of his is As Good As It Gets.

I understand the film’s protagonist, Melvin Udall, very well. He avoids stepping on sidewalk cracks while walking through the city. I don’t think there’s anything funny about that. Everyone has their own agreement with the cosmos. By not stepping on the cracks, Melvin Udall might be saving the world from the worst.

And Nicholson is saving the world as well.

Not Nicholson. Someone who looked a lot like him. Someone else.

Not a ship in Odessa. The desire for the ship to be sunk.

Not a humanitarian corridor for the destroyed Mariupol. The enemy never provides corridors. No. He provides. But he means to kill those he promised to let go.

In the summer of 2014, Yuriy Matushchak, a student of mine, died in the Ilovaisk corridor. We fell out three years before the war. I was wrong, and he was right. I visit the St. Michael’s Monastery,2 to apologize: on its wall, there are the faces of all those who have died – all those who have died since the Russian invasion of the Crimea, Donetsk and Luhansk began.

I’m not sure I deserve his apology. But now I have a chance to ask. 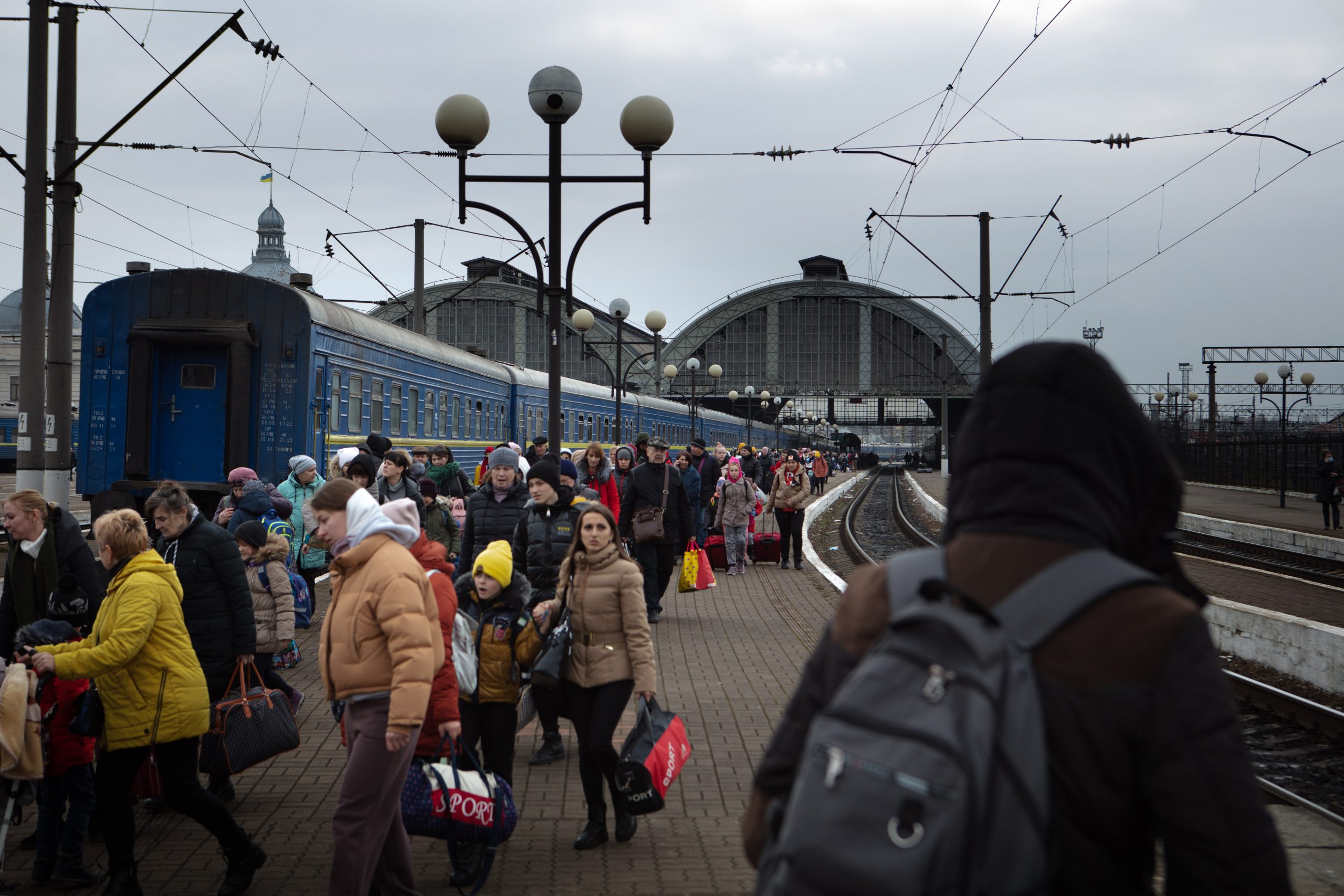 I feel despair, anger, guilt and anxiety. Strangely, I don’t have the resources to leave, to start a new life somewhere in peaceful regions, but I do have the strength to stay here and fight. Strengths and resources are probably completely different things.

I want everyone to leave who needs to, and I don’t want to say goodbye anymore.

My Great-uncle Gennady Kondratenko was a first-year medical student when fighting broke out between Soviets and Germans during the Second World War. He had to join the army. Not only soldiers but also doctors, liaison officers and engineers were needed. The progress of students specialising in, for example, medicine was fast-tracked so that they could join the ranks. Great-uncle Gena joined the Soviet Army as a surgeon in the Balkans in about 1944. He was twenty-one years old. He slept in between operations.

He slept to the sound of cannons and shelling. He even slept when a bomb or part of one hit the hospital. He only woke up when someone shouted: ‘A wounded man on the table!’

After two nights, on the third day, my Great-uncle’s genes show up. I’m asleep and I don’t hear anything at all: no air-raid siren, no ruptures, no falling pieces of shot down missiles.

After the war, Great-uncle Gena never worked as a surgeon. He graduated from the institute, having specialized in microbiology. He always washed his hands very thoroughly – for a very long time, and very thoroughly.

Eleven days ago, we believed that we had the right and the money to go on a seaside holiday in the summer.

A month ago, I was unhappy with a few extra pounds and the tough workouts I was doing to lose them.

In the spring, we wanted to set up a headstone for Dad. People say that a cemetery headstone should be installed a year after a burial, when the ground settles.

We used to order sushi from a company that would add some cat treats to the order.

In 2014, leaving our whole lives behind in Donetsk, we realized that everything we need fits into one suitcase.

Now I realize that even a suitcase is too much.

St. Michael's Golden-Domed Monastery is one of the most famous monasteries in Ukraine. It is located in Kyiv and has been functioning since the 18th century.

Excerpts from the Donetsk Diary

Excerpts from the Donetsk Diary