‘Vikerkaar’ on the overlooked aspects of war – from the long-term impact on veterans to conflicts that rarely receive widespread coverage but cause no fewer casualties.

Reviewing recent literature on war, political scientist Tõnis Saarts argues in Vikerkaar for a ‘bellocentric’ view of history. War, he writes, has accelerated the development of central features of modern societies that we now take for granted: constitutionalism, democracy, women’s rights and the welfare state. According to Saarts, the war-torn history of Europe explains the continent’s success in developing modern public institutions.

‘Had Europe not waged massive wars since the time of Napoleon, we would, in many respects, resemble Latin America. The old elite would have comfortably retained its political and economic privileges, suffrage would have expanded at a snail’s pace, the capacity of states to offer public services would be minimal, social inequality would be rampant, and almost the only way to deepen democracy would be to organize populist revolutions. How appealing does this sound?’

Since regaining independence in 1991, Estonia has sent over 3,000 soldiers to serve in Afghanistan, Iraq, Central African Republic, Mali and elsewhere. Two Estonian soldiers have died in Afghanistan and nine in Iraq. On the mission, writes Meelis Oidsalu, the stress caused by the combination of boredom and extreme tension is exacerbated by frustration with missions whose larger objectives seem futile or impossible – the case in Afghanistan and Iraq. At home, veterans often ‘experience disappointment, which follows the last few weeks on the mission, when a soldier has time to think about who will be waiting for them at home and what good they can do with their lives upon their return.’ 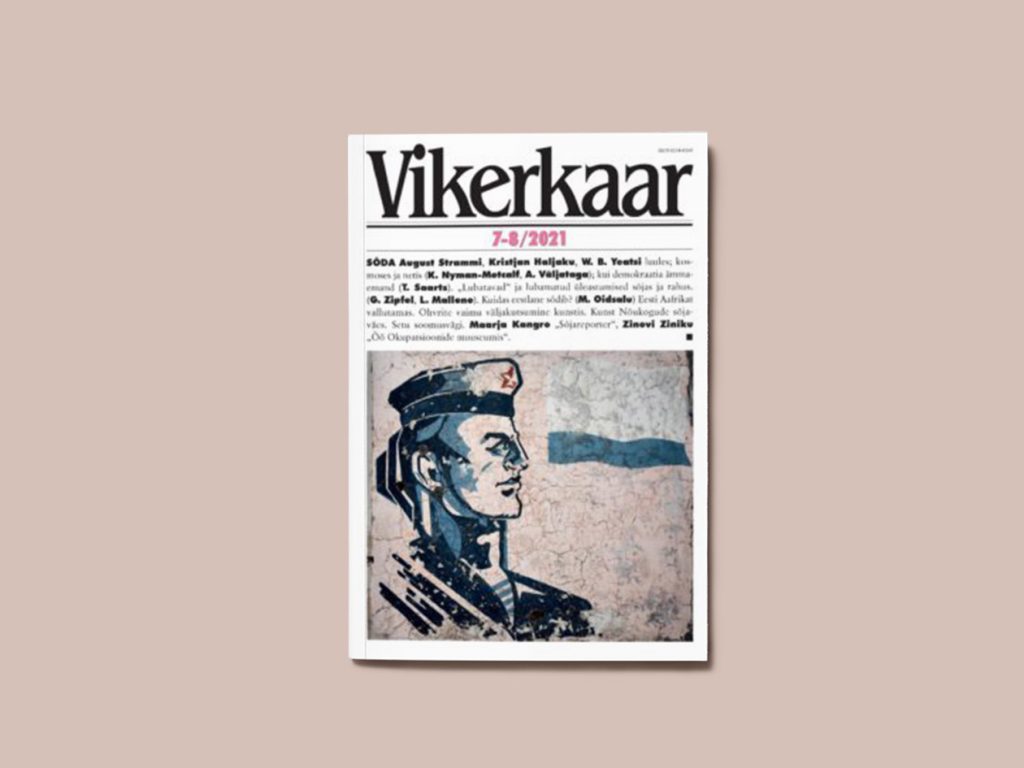 Every other violent crime recorded in Estonia involves domestic violence. One in nine pregnant women are abused by their partners. Every third Estonian can name someone whom they know to be a survivor of domestic violence. A war is literally being waged against women in Estonia, writes Laura Mallene. From toxic media discourse to prejudice with the criminal justice system, where over 70% of law enforcers believe that women provoke violence with their behaviour, there are seemingly endless obstacles that prevent survivors of domestic violence from seeking justice.

Elsewhere in the issue: poetry and prose on war, the future of war in space and in cyber-space; and the interests of European states in postcolonial Africa.