Urban research journal dérive celebrates the Paris Commune 150 years on. Editor Christoph Laimer quotes Marx, who considered that the commune’s ‘true secret was … the political form at last discovered in which to work out the economic emancipation of labour’. Laimer also references the sociologist Roger V. Gould, who argued that the commune was an act of ‘neighbourhood solidarity’ in response to Baron Haussmann’s large-scale urban development projects (1852–1868), which dispersed workers to annexed districts far beyond the city centre.

Memory of the Commune

Léopold Lambert, chief editor of the magazine Funambulist, walks with journalists Mogniss H. Abdallah and Hajer Ben Boubaker around Paris Commune districts, which have since become renowned for other violent outbursts and political activism.

Paris’s segregated periphery, once a rural idyll where French royalty were interned, has now become an integral part of the city.  ‘It’s amazing how few people are out and about on the street in Les Amandiers today,’ comments Ben Boubaker. ‘Yet there are police officers running around everywhere, intimidating young people.’

The journalist’s astonishment reflects decades of antiracism initiatives: from Rock Against Police, which held its first concert in 1980 outside the cemetery where Paris Commune commemorations are held, to the long-running campaign for justice for the 25-year-old Lamine Dieng, who died in police custody in 2007 (recently recognized in court). 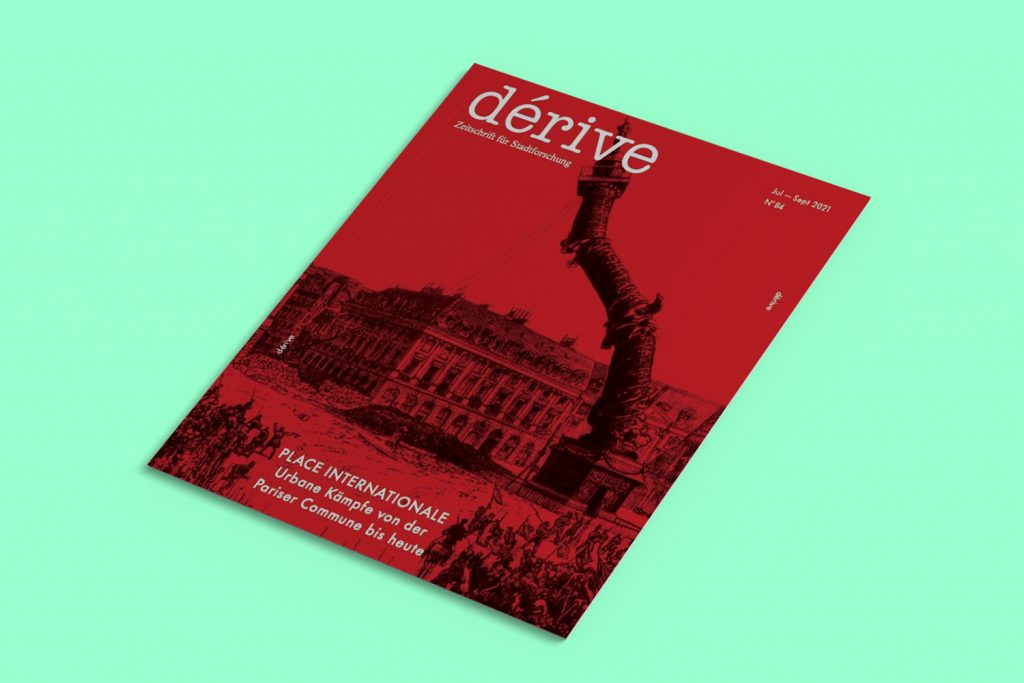 Klaus Ronneberger notes how 5,000 of almost 19,000 people arrested after the Paris Commune battles were incarcerated in New Caledonia, the French-occupied islands turned penal colony, alongside Algerian detainees from the 1871 Mokrani Revolt, led by the Kabyle people.

Relationships between the Communards and the anti-colonialists were complex, Ronneberger writes. In an unusual act of solidarity, Louise Michel campaigned in Algeria against the dire conditions she witnessed on the archipelago after her release. However, it was more common among the Communards to defend French privilege: ‘republican actors in Algeria remained attached to a racist colonial ideology and distanced themselves from the Kabyle uprising’.

When Hong Kong’s young protesters rallied against Beijing in 2019, they did so within an already decolonized state with strong public support, writes Au Loong-Yu. The ’97 generation, ready to verbalize general dissatisfaction with China’s ‘one country, two systems’ promise of autonomy, put forward five demands. The political battleground over democracy has seen both successes and setbacks: while the Chinese government agreed to withdraw its Extradition Bill in September 2019, which would have authorized the trial of Hong Kong citizens on the mainland, it has since introduced the National Security Law, which criminalizes subversion and secession. Numerous protesters have already been prosecuted under the latter.

What the CCP wants to put in place of the the Sino-British Joint Declaration ‘is not better than the original plan but the Chinese version of an Orwellian state,’ writes Loong-Yu. ‘All of Beijing’s policies in Tibet, Xinjiang and even Inner Mongolia in recent years have fallen into the quagmire of internal colonialism.’

Caught between rudimentary and conservative localism, and swayed by their nationalist ideals, young protesters have failed to see the potential of an alliance with their Chinese counterparts. Localism ‘was always associated with indifference towards the prospect of a mainland Chinese democratic movement. Yet without the latter, the Hong Kong democratic movement has little chance to be successful,’ writes Loong-Yu.