Countries bordering Russia are subject to both the neoimperialist drive and military force behind Vladimir Putin’s Eurasian Union project. His expansionist aspirations mirror past Russian advances in Europe that questioned national identity. Many Kremlin-connected political analysts are currently advocating an isolationist position. What might be the upshot of Vadim Tsymbursky’s previously ignored, now vogue geopolitical thinking?

Thirty years after the Soviet Union’s breakup, a remarkable shift appears to be taking place in the Russian policy elite’s political imagination. A number of prominent Moscow analysts suggest it’s time to recognize the failure of ‘neoimperial’ integrationist efforts and stop pining for the lost imperial dominions. They would prefer to rethink the contemporary Russian Federation as a proud and self-sufficient multiethnic nation-state occupying a geopolitical niche between ‘Europe’ and ‘Asia’.

Political changes ‘on the ground’, including the Ukraine conflict and rising tensions between Russia and the West, and a compelling vision of ‘Island Russia’ are driving this shift. Maverick intellectual Vadim Tsymbursky’s geopolitical stance, all but ignored in the early 1990s, is now coming into vogue. The new imaginary casts Russia as a lonely great power devoid of allies and free of any consequent ties. This ‘insular’ Russia is focused largely on itself. Yet it will also fiercely fight any infringements of its vital interests.

The 1991 dual collapse of the communist system and the Soviet Union left huge numbers of Russians psychologically shell-shocked, disorientated and depressed. An acute post-imperial crisis ensued, feeding into fear about post-Soviet Russia’s place in the world. For many former Soviets, the implosion of their imperial state and the world’s second superpower was indeed a major geopolitical catastrophe.

Yet for Tsymbursky, a keen university-trained classicist turned political thinker, the Soviet Union’s disintegration appeared to be a blessing in disguise. ‘Russia is entering a very promising epoch’ – such was the sentence that concluded what has proved to be his most celebrated piece, the 1993 essay ‘Island Russia’. Already in the early 1990s, during the first years of post-Soviet Russia’s ‘infancy’, Tsymbursky reminisced not long before his untimely death in 2009, ‘I acutely realized that this shrunken Russia is my country in which I want to live.’ 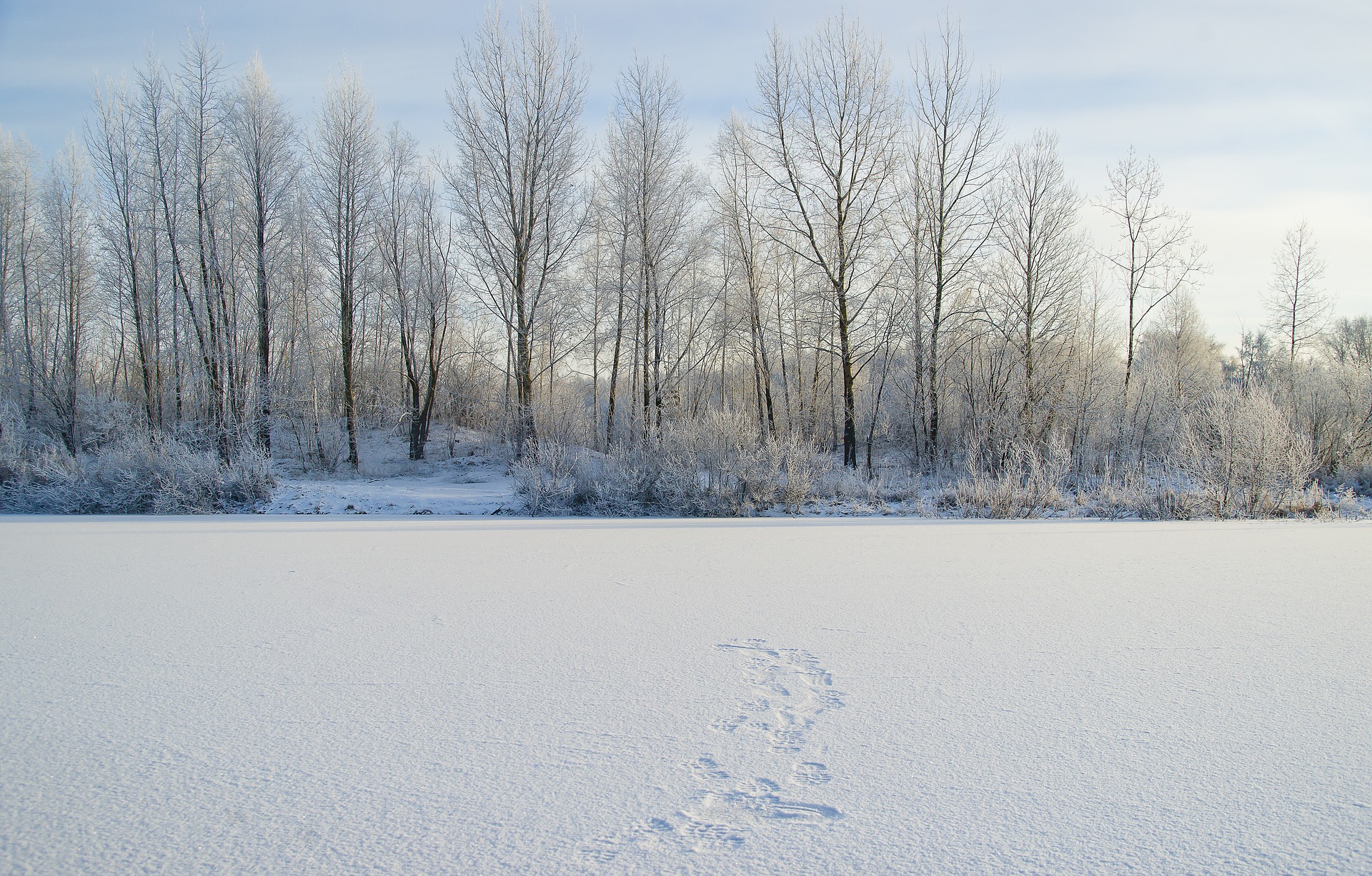 Image by Анатолий Стафичук from Pixabay

Tsymbursky’s uncanny optimism was based on his reinterpretation of Russia’s international identity and history. A conservative nationalist and neo-Spenglerian in his ideological orientation, Tsymbursky argued that the Soviet Union’s unraveling revealed a ‘core Russia’ whose geographical contours strikingly coincide with those of seventeenth century Muscovy after it absorbed Siberia – the move that Tsymbursky deemed central to the formation of Russia’s identity. In addition, the sixteenth to seventeenth centuries saw the uncoincidental emergence of Russia as a distinct civilization. As Tsymbursky asserted, this concept arose when Russians came to believe that ‘We are the unique people, and they [non-Russian Others] are the source of all our problems.’

‘Core Russia’ – in effect an enormous continental ‘island’ – is surrounded along its outer perimeter by a long arc of the so called ‘stream-territories’ stretching from the Baltics in the West to Manchuria in the East and including the New Eastern Europe of Belarus, Ukraine and Moldova, South Caucasus and Central Asia. They separate Russia from the other major ‘civilizational platforms’: the European region (Romano-German) in the West, Islamic (Arab-Persian) in the South and Sinic (Chinese) in the South-East. This band of the ‘Great Periphery’ (or Great Limitrophe) contains, in Tsymbursky’s words, ‘peoples [squeezed] between civilizations’, who have failed to form distinct civilizations of their own.

Tsymbursky deployed this model and his ‘island’ metaphor for revisiting Russia’s imperial history of the eighteenth to twentieth centuries, whose central theme, he argued, was a serial ‘kidnapping of Europe’. In his interpretation, Russia committed a mortal sin by imagining itself as part of Europe and periodically getting involved in European affairs. Its entanglement in the politics of European peoples meant Russia had to absorb and incorporate the stream territories that separated it from the continent’s core. This, in turn, led to the gradual dilution of Russia’s own civilizational foundation, as it opened the door to many who ‘were [culturally] alien and who had no clue about Russia’s civilizational interests and principles.’ With the Soviet Union’s breakup, the ensuing distancing from Europe and the reemergence of the Great Periphery shielding Russia from all sides, the ‘exuberant pseudomorphosis of its imperial age’ had finally come to an end and Russia could safely return to its ‘island’.

Tsymbursky’s understanding of Russia’s national interest included control over its Great Periphery, preventing any other major power from establishing strategic dominance there. Yet Tsymbursky strongly opposed any plans of territorial expansion. ‘Of all the possible temptations that Russia may face today,’ he wrote in 1994, ‘the most dangerous ones, I believe, are the lures of the “Third Rome” idea, of the “gathering of [former imperial] lands,” and of the integration of [ex]Soviet space.’ Having neither friends nor allies, Russia is destined to be a bit of a loner, pursuing its own unique interests.

While Tsymbursky failed to find significant support for his vision in his lifetime, the scholar is now considered one of Russia’s preeminent geopolitical thinkers. Many influential figures within the country’s foreign policy establishment see him as their intellectual guru. Developments of the last decade – Russia’s steady drift towards repressive authoritarian government, the souring of relations with the West, Moscow’s increasing geopolitical isolation and rising tensions over parts of the ‘Great Limitrophe’ – have facilitated the resurrection of Tsymbursky’s ideas. 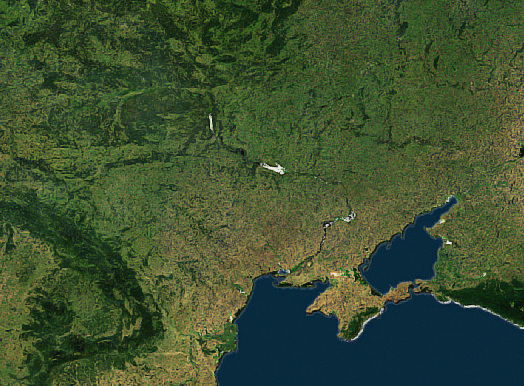 The Ukraine conflict has undoubtedly been pivotal. It threw into question Russia’s self-understanding as a great European power and smashed to smithereens the two main pillars of the Kremlin’s long-term strategy: maintaining good working relations with Europe, especially with Germany and France, and promoting the ‘Eurasian integration’ of former Soviet lands. As Kyiv finally repudiated its quarter century-long, ambiguous ‘multivector’ policy and resolutely cast its lot with the EU, Moscow was faced with a dual challenge.

First, Ukraine has long been seen as a lynchpin of Vladimir Putin’s pet Eurasian Union project. Indeed, historically – in Russia’s 1910s debates on empire and nation, in the immediate aftermath of the 1917 upheaval and again following the 1991 Soviet disintegration – Russia’s rulers also perceived Ukraine as a pivotal state. Without 40 million Ukrainians associating themselves with the Russia-led Eurasian bloc, there would be no ‘Eurasia’ as a geopolitical reality; similarly, a crucial element of ‘Europe’ would be missing without Ukraine. Indeed, without the greater Russian nation’s Staatsvolk, largely comprising of Ukrainians and Belarusians, there would be no one to effectively rule these vast expanses.

Second, Ukraine’s ‘European choice’ has raised the question of Russia’s own international identity. If Moscow’s governing elites consider themselves ‘European’ in civilizational terms and aspire to closer relations with the EU, what are the grounds then for blocking the same aspirations of Ukrainians? As the Kremlin’s two interconnected strategic visions – one of ‘Eurasia’ and the other of ‘greater Europe’ – have vanished, the image of ‘Island Russia’, a unique ‘insular’ world unto itself, reappears.

‘Contemporary Russia is neither the East nor the West, neither Europe nor Asia. It doesn’t fit into any geopolitical macro-constructs. Geopolitically, Russia is an independent and lonely power in today’s global world,’ asserts Dmitry Trenin, a long-serving director of the Carnegie Moscow Center, in his book New Balance of Power: Russia in Search of Foreign Policy Equilibrium. Trenin is a well-respected foreign policy analyst and arguably the principal interpreter of the Kremlin’s international conduct for the Western world. Therefore, it is noteworthy that his nearly five-hundred-page-long treatise is Tsymburskian through and through. While in the 1990s he was widely regarded as a liberal-minded pundit and moderate ‘Westernizer’, these days Trenin sounds more like a conservative nationalist. Echoing Tsymbursky, he preaches self-concentration – ‘Russia’s business is Russia’ – and strategic restraint. Russia, he argues, seeks to establish neighbourly relations with all countries that surround it and is not interested in territorial expansion.

However, the values gap between Moscow and the ‘collective West’ is real. After three hundred years of ‘European apprenticeship’, Russia ‘is coming home’, embracing its civilizational uniqueness (a synthesis of the Golden Horde’s and Byzantine legacies) and an authoritarian political culture. It won’t be pressured into accepting an alien cultural identity (Western-type liberalism), which, Trenin alleges, the US and the EU are trying to impose on Moscow. The present-day confrontation is a natural result of the West’s aggressive assertiveness and Russia’s unwillingness to give in – in contrast to its ‘submissive behaviour’ in the late 1980s when Russia, in its Soviet guise, lost the Cold War. Trenin and other like-minded Moscow analysts suggest that the short and medium-term forecasts are bleak, because a hybrid war that Russia and the West are currently engaged in is not a fleeting affair and is likely to last for quite a while.

As Russia is turning itself into a ‘besieged fortress’, the strategic significance of buffer zones – the long stretches of Tsymbursky’s Great Limitrophe that include Belarus, Ukraine and Moldova – becomes more salient. Indeed, the rationale behind Russia’s recent military buildup along Ukraine’s eastern borders can be better understood if we take a closer look at specific aspects of Tsymbursky’s geopolitics that are now being revisited by Moscow’s policy elite.

Immediately after the 2008 Russia-Georgia war, Tsymbursky focused on what he termed ‘the shelf of Island Russia, … the territories connected to the current Russian core through geographical, geostrategy and cultural bonds.’ In other words, he was trying to theorize those lands along Russia’s borders that both historically and culturally gravitate towards Moscow and would be ready to secede if the states that currently incorporate them would join NATO and/or the EU. ‘There’s no doubt,’ Tsymbursky argued, ‘that Eastern Ukraine, … Crimea’ and ‘certain territories in the Caucasus and Central Asia belong to the Russian shelf.’

As a result, while Russia is not interested in the radical revision of its borders, Moscow’s behaviour vis-à-vis its former imperial borderlands will depend heavily on both whether or not these countries are going to ally themselves with Russia’s Western rivals and on the actual situation on the ‘Russian shelf’. This does not augur well for Ukraine. Trenin’s book predicts that Russia’s military pressure and its support of the Donbas rebels will continue until Kyiv agrees to implement the Minsk Accords on Moscow’s terms.

Despite the bulk of Kremlin-connected analysts advocating a course of ‘splendid isolation’, Russia’s pervasive anti-Western sentiment and prickly nationalism means there’s no prospect of détente. Contemporary ‘postimperial’ Russia is likely to remain a threat, especially to its less powerful neighbours.

Published 14 May 2021
Original in English
First published by Eurozine