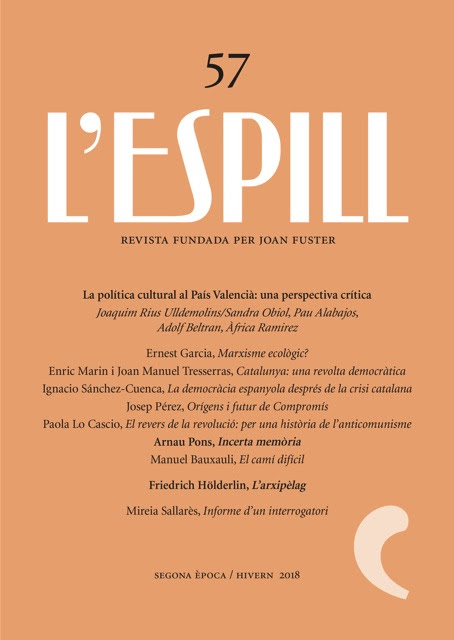 The national question brings out the worst in Spanish democracy’, writes Ignacio Sánchez-Cuenca in L’Espill. ‘Spain’s democratic system has not risen to the challenge of the Catalan crisis. A question that was initially manageable and could have been the subject of negotiations has been left to rot for years, amid indifference and contempt from Spanish authorities, to become a constitutional crisis that activated authoritarian responses in state and government (repression, arrests, an arbitrary hardening in applying the law).’

Sánchez-Cuenca accepts that responsibility is shared, since the Catalan independence movement has pursued unilateral goals for which it has insufficient popular support. However, he is more concerned with what this crisis reveals about the state of Spanish democracy. There are two problems, he argues. One is the approach to internal territorial disputes, especially since the revival of a Spanish nationalism that sees minority nationalisms as ‘existential threats’; the other is the ‘very narrow manner in which the exercise of democracy is conceived, as if it had no other goal than maintaining the rule of law’.

The solution to conflicts is ‘judicialization’, as governments delegate ‘dirty work’ to judges. This legalism fails to give proper weight to ‘other principles required for a democratic system to function correctly, such as tolerance, consent and, above all, self-government’. Together with the refusal of any compromise on Catalan demands, intransigent legalism has failed to resolve the problem. Instead, Spain’s political establishment – including leaders of the Socialist PSOE – have tried to ‘take shelter in the constitution’. It seems as if ‘political demands related to the nature of the demos and national recognition have no place in the system and cannot be dealt with through democratic procedures’.

Also: Enric Marín and Joan Manuel Tresserras assert the popular and democratic foundations of the Catalan movement and relate it to international trends, arguing that ‘in the new context of globalization of the economy and culture, no national community can see its continuity guaranteed without the level of self-government of a state’. 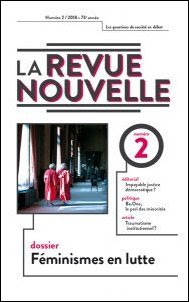 In a dossier ‘feminisms’, La Revue nouvelle explodes the myth that the battle is won. Some of the articles imply the need for permanent revolution – or, at least, reform – while others address the ferociously exaggerated response of traditionalists.

Language: Laurence Rosier writes on a row in September 2017, sparked by the appearance in France of a junior school textbook that used gendered language: a female farmer, for example, is not a femme-agriculteur but an agricultrice or an agriculteure; referring to a mixed group of students, the correct form is étudiant.e.s. The purists retort that la langue is itself feminine and is being ‘rendered ugly’. Rosier appeals to reason: ‘French is a language that has welcomed borrowings and constructed itself through them. Should such intrinsic variation be hidden away inside an imagined history of a totally homogenous language?’

Harassment: Anne Lemonne and Christophe Mincke discuss the role of the Belgian courts in cases of sexual harassment and violence against women. It is not an optimistic view: reporting incidents other than rape is rare; disincentives include the difficulty of identifying the offence in terms the legal system can recognize. The question of sanctions is likewise difficult, especially where the perpetrator is a member of the victim’s family: ‘Women are concerned about the effects on their children of such [judicial] intervention. They fear that it will only make matters worse, especially if the judge should impose a custodial sentence that will have a negative impact on the family.’

Reproductive rights: Gals4Gals records attempts by the Law and Justice Party to ban abortion, or to restrict it to cases of foetal deformity, threat to the mother’s life, and pregnancies resulting from rape. Ironically, women’s reproductive rights in Poland are also threatened by the government’s dictates regarding in vitro fertilization. ‘We will continue our struggle until Polish women have the same rights as those in other western European countries, both in professional life and in terms of abortion and reproduction. These recent movements [#MeToo, etc.] are a stage in the development of the debate (both public and private), and we hope that it can be sustained until the day when women and men feel that they are equal and safe in their public, professional and private lives.

Algerian journal NAQD devotes an issue to rentier capitalism, with particular focus on Algeria and the Global South. Smaïl Gouméziane explains how a state’s dependency on income from natural resources subjects it to financial fluctuations, with potentially devastating economic effects. This culture becomes institutionalized as the basis of politics and law-making and is essentially authoritarian. Algeria is a classic case of a rentier economy, argues Youcef Benabdallah: ‘After the collapse of the oil market in 1986, it took almost two decades for the real per capita GDP to return to its 1985 level.’

Colonialism: Rachid Ouaïssa argues that economic stagnation in the Middle East and the Maghreb is the legacy of the colonial powers, who were interested only in the rentier assets of the country’s economy. A significant factor in the return to authoritarian politics after the Arab Spring is the acquiescence of the Algerian middle class, which is simply not competitive in the usual commercial and industrial sense. Rather, its reliance on income from resources means that it supports the powers that be – which could, at any time, confiscate or nationalize these assets.

Social violence: Hannes Warnecke-Berger interprets the rise of social violence in the Global South as the result of global flows of rent that challenge traditional ‘forms of political control’ and ‘appropriation of economic surplus’. A new and significant area of rent economy are remittances which, when combined with criminal forms of rent extraction, become a tool for money laundering. Remittances allow the subaltern classes to localize their resources, a trend that finds expression in distrust of state institutions and loss of confidence in ‘possible and progressive change’.

Clientelism: The Russian middle class is growing increasingly dissatisfied with a ‘rent-seeking state that consistently waivers its social obligations’, writes Sergey Biryukov. The only way out of the situation, he argues, is an ‘evolutionary transformation of the rent-based model of economy into a model based on high-quality economic growth, active investment in high-tech and growth of the price of labour.’ 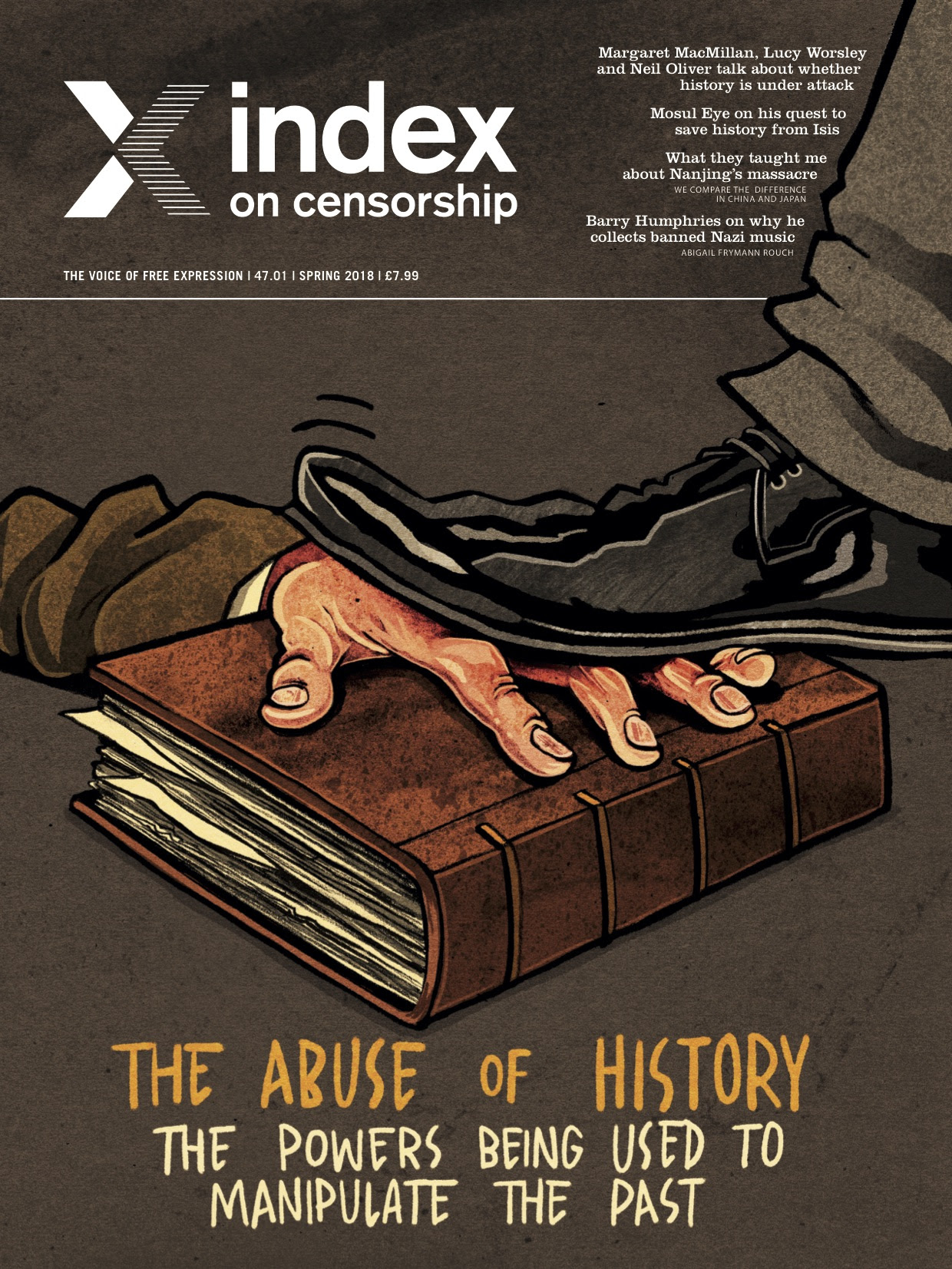 George Orwell’s aphorism about controlling the past to control the future is being taken to heart by governments around the world, warns Index on Censorship.

Yugoslavia disappears: Despite this year being the centenary of the foundation of Yugoslavia, ‘there are no visible traces of this union and no formal commemorations’, writes Luka Ostojić, editor-in-chief of Booksa in Croatia. ‘It is as though it has been wiped from history’. He detects signs of a return to the historical revisionism of the 1980s and 1990s and recalls how, like today, arguments about the death toll at the Jasenovac death camp were politicized. ‘While the historic revisionism during the 1990s could be understood as a construction of the new national state mythology, it is less clear why an almost identical revisionism is repeating itself now.’ He identifies economic issues ­– and politicians’ failure to tackle them – and warns that ‘revisionism doesn’t reveal much about history, but strongly warns about our future.’

‘Polocaust’ remembrance: In Poland, the latest memory war is over demands for a museum of something called the ‘Polocaust’, writes Konstanty Gebert. According to a representative of Poland’s nationalist government, the museum should commemorate ‘the suffering which had befallen the Poles’. The minister of culture has denounced the new Museum of the Second World War, in Gdańsk, for understating Polish solidarity and heroism. Never mind, as Gebert points out, that the museum was never supposed to focus on just the Polish experience. These efforts, Gebert concludes, are ‘doomed to failure. And this failure will unavoidably make it even more difficult to educate world opinion – often misinformed, disinterested and disengaged – that the all-too-real history of Polish suffering deserves a sympathetic hearing.’

Too much information? ‘The rise of social media means that analysts and historians trying to understand the outcomes of conflicts now have access to more primary sources, on all sides, than ever before,’ writes Mark Frary. The effect of social-media bubbles makes analysis even harder. ‘Knowing this, actors in conflicts are pressing social media into service as propaganda tools,’ writes Frary, citing Russian efforts in the Ukraine conflict. The thing to remember, he says, is that ‘revisionism always takes place through the filter of the mores of the time when the history is written.’ 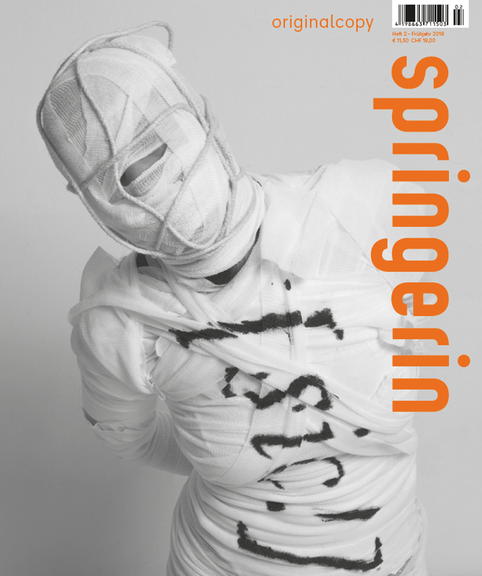 The latest issue of Springerin asks whether that perennial question of modernist aesthetics – about the work of art in the age of mechanical reproduction – is still worth posing. ‘Decades after the advent of postmodern discourse and appropriation art,’ write the editors, ‘is it still possible to talk meaningfully and insightfully about authenticity and reproduction, about originality and quotation? Hasn’t the “culture of the copy” long become an essential fundament for all production and reception?’

Cultural technique: Questions about the legitimacy of copying as ‘cultural technique’ surface in debates about copyright, plagiarism and patent violation, writes Franz Thalmair. Bourgeois concepts of ownership were already challenged by twentieth century avant-gardes; today, however, the issue also arises of ‘the (digital) control mechanisms that lead to the increasing disappearance of the practice of copying from the realm of the visible’. For contemporary artistic production, writes Thalmair, ‘the focus has shifted to the interplay between the original and the copy’.

Appropriation: Bettina Funke looks at the how critical techniques of ‘appropriation’ used by the US avant-gardes in the 1970s and 80s are now themselves criticized: ‘the presumed theft from power has turned into a presumed theft from the oppressed’. Yet, with shifts in the definition of artistic value ‘toward the many ways to recall, annotate, personalize, edit, authenticate, display, mark, transfer, and engage a work’, appropriation remains relevant: ‘Today, art necessarily traces, houses, or performs the disquieting shifts and instabilities within images that haunt our daily life. In this sense, it’s not realistic not to appropriate.’

Life-hacking: Noam Cohen writes on life-hacking – the use of ‘sensors to measure how many steps you walk or how deep and long your sleep was; schemes for organizing your day, your email inbox, your closet; a willingness to experiment with certain foods or supplements or, even, bodily fluids to become more youthful, more clear-headed, more productive’. Cohen speculates as to why prominent advocates of life-hacking have recently shifted to promoting Bitcoin: ‘Bitcoin is the ultimate financial-hack, an individualistic short-cut through the intrusions of government we call regulation and taxation.’

Published 9 May 2018
Original in English
First published by Eurozine