The EU-Belarus dialogue: Opportunity or simulacrum?

The EU has commenced a new, pragmatic stage of relations with Belarus: in February, Javier Solana met Alexander Lukashenka; now, the Belarusian president has been invited to a summit in Prague. Economic factors and the EU’s fear of “losing” Belarus to Moscow are likely to be the foremost reasons for the change of tack. 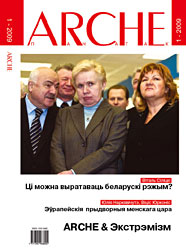 The visit of the EU High Representative for Common Foreign and Security Policy, Javier Solana, to Belarus in February 2009 gave new impetus to the discussion over the EU-Belarus dialogue. Assessed rationally, the visit seems to be a clear-cut signal to Minsk that the EU is prepared to commence a new, pragmatic stage of relations. This stands to reason: the EU’s previous passive stance and attempts to isolate Belarus have failed to bring concrete results. Assessed emotionally, on the other hand, the impression is that that the EU has taken a cynical and amoral step in appearing to have forgotten all the sins of the regime.

Two years ago, the EU declared in a document1 addressed to the Belarusian authorities that democratic reforms were a precondition for a closer cooperation. Prior to the presidential elections of 2008, Alexander Lukashenka’s government released political prisoners, awarded legal status to the political movement of the former presidential candidate Alexander Milinkevich and lifted a ban on two opposition newspapers. There were differing opinions about these steps – from positive assertions that they were essential changes, to pessimistic claims that the improvements were simply cosmetic.

Nevertheless, in the opinion of one expert on Belarus, Alexandra Goujon, “Having made concessions to its opponents and having slackened the reins, an authoritarian regime does not become democratic, merely less authoritarian”.2 Whatever the case, the dynamics of EU-Belarus relations shows that the majority of Brussels’ requirements are, if not forgotten, then simply ignored. True, Solana did meet some of the opposition representatives in Minsk, but even after that, no stricter statements or concrete proposals related to human rights and democratic values were made.

Irrespective of the fact that many consider the meeting between Solana and the Belarusian
authorities to have been an unprecedented event, the basic question that arises is related to the content of meeting. As Belarusian opposition leader Antoliy Lebedko argues, “It is not the visit that is important, but what Solana’s briefcase contained”. The statements of the EU foreign policy leader and his answers to journalists’ questions give no clue as to what the results of the visit might be. The Belarusian president has also been secretive.

It is hardly feasible that Belarusian society, which found itself the object of high-sounding phrases about “constructive dialogue” and “discussion of essential problems”, finds the policy of the EU transparent. So far, the EU has failed even to draw up an action plan for the normalization of EU-Belarus relations. This would provide measurable criteria for assessing the progress of reforms carried out in Belarus.

Supporters of rational politics would maintain that the EU’s work with the Belarusian opposition, ongoing for more than a decade, has failed to produce tangible results. Strict rhetoric and sanctions on the Lukashenka regime have also proved to be inefficient. Lebedko argues that the EU has moved on to the tête-à-tête format. Lukashenka expressed his wish to communicate with Brussels directly, without mediators – leaders of opposition parties, public actors and non-governmental organizations – quite candidly: “I would like no mediators in our dialogue and especially those who fail to show good will to our country. No mediators inside the country or outside it.”

Supporters of a democratic Belarus find themselves in an ambiguous situation. Representatives of the opposition, who for a long time supported European values and were imprisoned by the regime for doing so, are now not so sure about the EU’s stance. Solana failed to mention either the businessmen who were recently imprisoned in Belarus,3 the compulsory military conscription of the leaders of Belarusian youth movements,4 or the cosmetic nature of the changes to the government, which are insufficient to commence a mutual dialogue. In turn, making use of Brussels’ silence, the Belarusian regime has been given a chance to test the limits the EU’s tolerance.

Reasons for the change

The change in the EU’s policy towards Belarus was prompted by several factors. First, the absence of a long-term strategy related to Belarus. The EU fails to possess clearly defined instruments with which to influence Belarus, nor a strategy for their use. This enables foreign policy to be altered according to existing conditions. At the end of 2008, international as well as economic conditions did change considerably.

The second reason for the change was economic factors. It is no secret that a number of EU states have economic interests in Belarus. Besides, the economic crisis will mean that Minsk must itself look for alternative sources of income. Reciprocal interests cause the commercialization of mutual relations.

The third reason, naturally, is Moscow. On the one hand, many agree that if the EU fails to be active in its relations with Belarus, the latter “will find itself” completely under the influence of Russia. This attitude was consolidated by Russia’s aggression in Georgia. On the other hand, it is well-known that Lukashenka makes attempts balance off the West against the East. The recognition of Abkhazia and South Ossetia is one of Minsk’s basic tools of manipulation.

What must be done?

A critical attitude to Solana’s visit does not mean that the democratically minded part of Belarusian society negatively assesses dialogue between the EU and Belarus per se. It simply reflects the fear that opposition representatives will have no say in it. Independent Belarusian experts are of the opinion that if the EU-Belarusian dialogue is to
encourage democratic processes rather than authoritarianism, the EU must devise a plan for the normalization of mutual relations. This means that the delegation of the European Commission in Belarus and the team within the European Commission working with Belarus in Brussels must be reinforced.

Considered rationally, the actions of the EU seem logical – collaboration with the opposition has failed to bring results, thus alternatives must be sought. One such could be an attempt to introduce changes from the top, to tame the authorities and, little by little, “push forward” democratic changes. Lithuanian experts, however, are right in stating that EU conditions must be softer than those of Russia in order to win Belarus over. This means that the EU’s promotion of democratic values will be very restricted.

Considered emotionally, the fear that the EU-Belarus dialogue is threatening to turn into a simulacrum of democratization seems justified. Participants of the dialogue will pursue their economic goals and will publicize cosmetic, allegedly democratic reforms, perhaps inviting opposition players to join the game.

There is no use crying over spilt milk. The visit took place, democratic values were not
mentioned. At present, the main challenge for the EU is to find ways to inform Belarusian
society about what has been agreed upon. To draw attention to the fact that it is not only the power elite that is important to the EU, but ordinary Belarusians too. To send out the message that such meetings do not legitimize all crimes committed by the regime. Otherwise, the majority of Belarusian society will continue to suppose that humble EU officials arrive to pay their respects to the Minsk Tsar.

."What the European Union could bring to Belarus", European Commission, November 2006, http://ec.europa.eu/external_relations/belarus/intro/non_paper_1106.pdf

In an attempt to distance themselves from the post-Soviet realm and signal their belonging to the West, some countries have revived the label of ‘central’ European. But instead of bringing down the walls of prejudice, this discourse fuels further exclusion by meddling with philosophic geography.