‘Revue Projet’ focuses on the internet’s reinvention of political activism: the web unleashes new energies and allows for new mobilizations, but real change can only be effected with the input of established organizations and offline engagement. Also: civic tech and the débat national; universal access campaigns; and digital democracy in Africa. 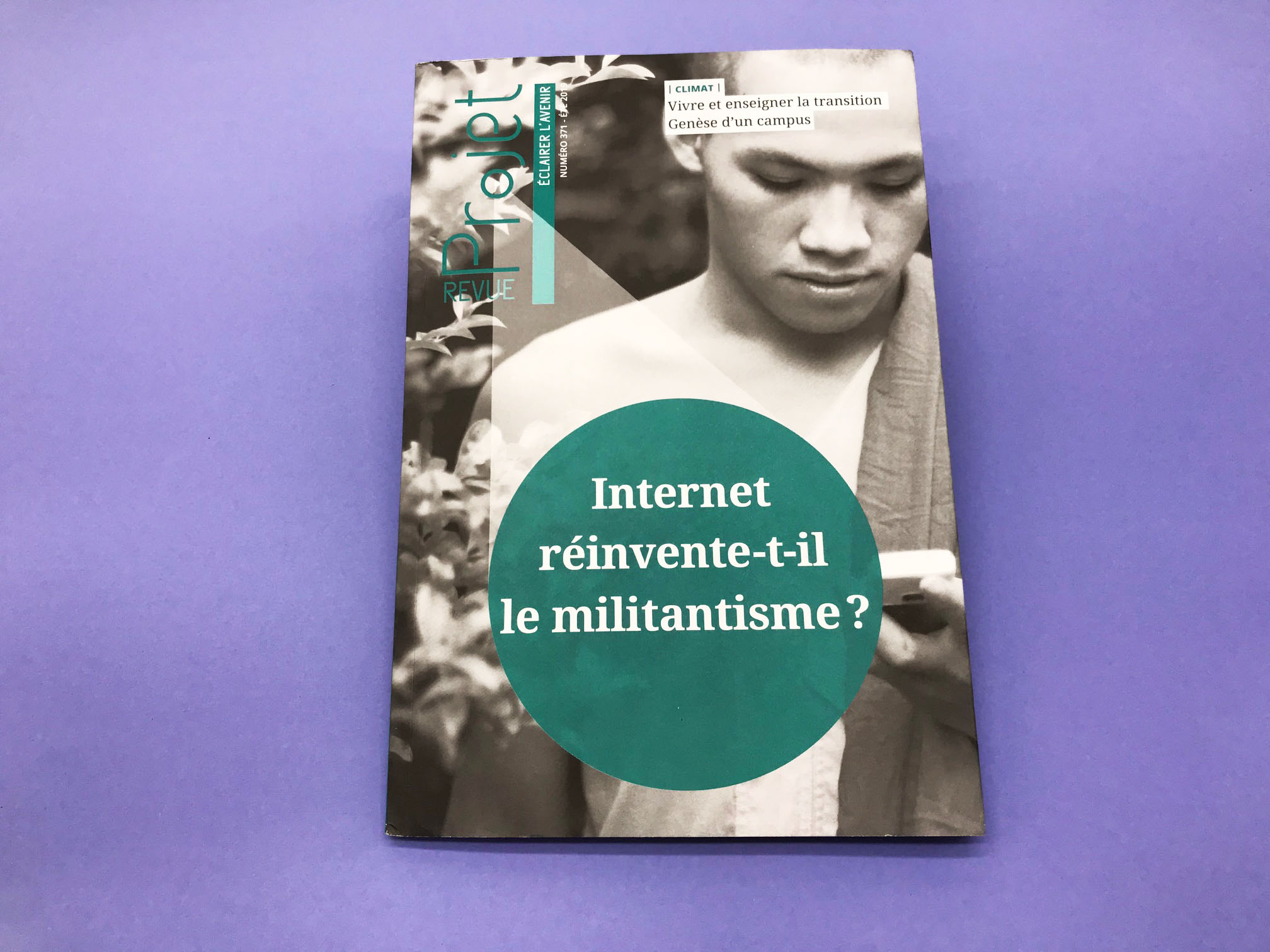 The summer issue of Revue Projet focuses on the internet’s reinvention of political activism. Environmental campaigners Manuèle Derolez and Léna Lazare discuss the relationship between digital and conventional forms of activism. Lazare highlights the power of social networks to mobilize large numbers of people, while Derolez argues that there is still a place for traditional NGOs, arguing that a ‘synergy between online and offline engagement’ is necessary to effect real political change. The movements that have grown up around digital platforms are able to reach a wider audience and stage more spontaneous marches and strikes, but Derolez and Lazare agree that they must cooperate with more established organizations to ensure the structure and sustainability of environmental campaigning in the long term.

Clément Mabi looks at how governments use online platforms to promote citizen engagement in public decision-making. One example was the French government’s use of a major online survey designed to gauge public opinion on various socio-political issues in response to the gilets jaunes protests. The government’s hiring of the tech company Cap Collectif to raised questions over data transparency and political impartiality. According to Mabi, the grand débat national revealed ‘tensions between different attitudes within the civic tech community, inviting us to think about the various ways in which digital technologies have the potential to transform democracy’ and reminding us ‘just how important it is not to see these … technologies as “neutral” tools.’ 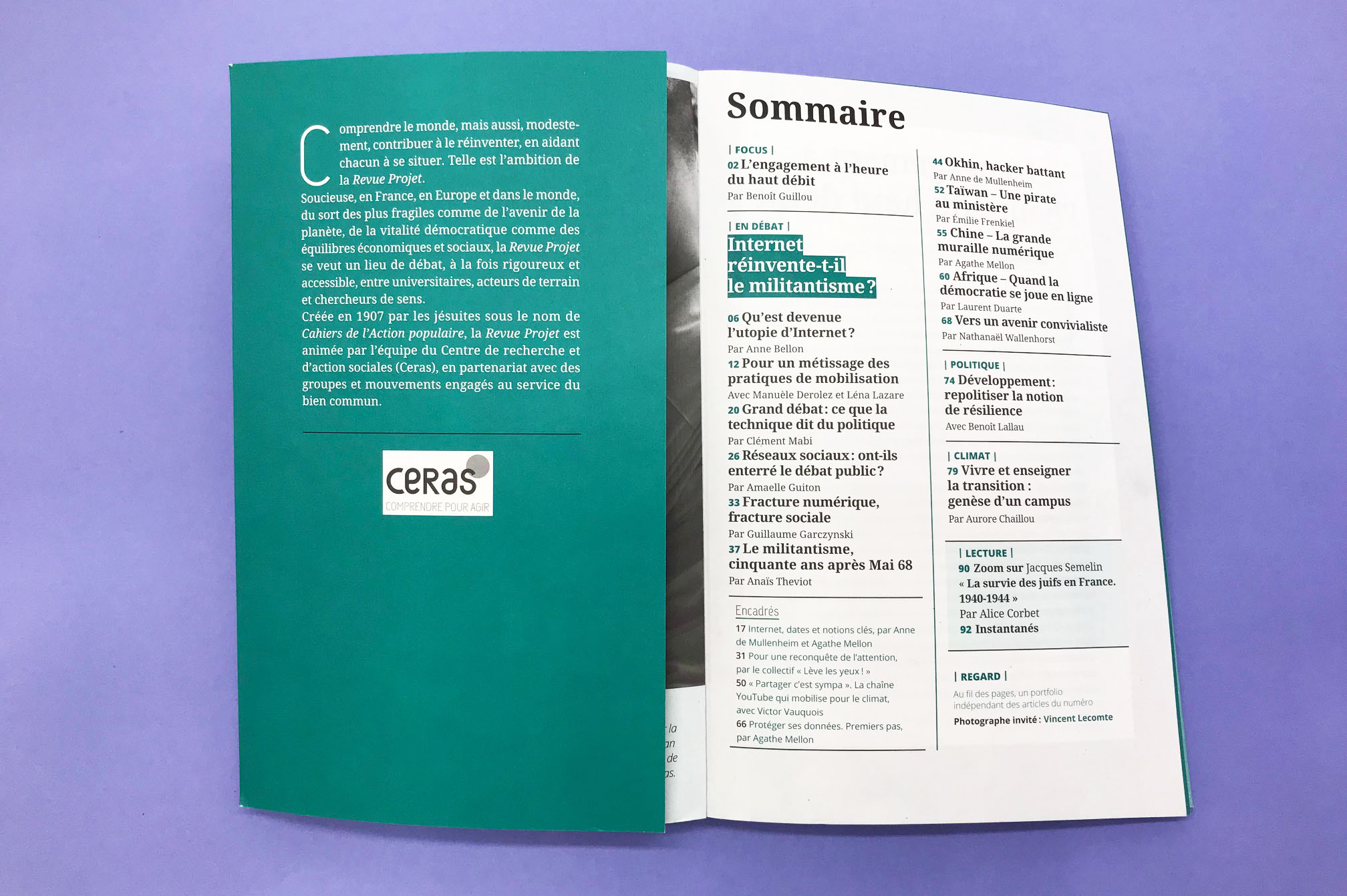 Five million people in France live without internet access, due to homelessness, illiteracy, poverty, disability, location, or distrust of new technologies, reports digital inclusion campaigner Guillaume Garczynski. Because many public and private services are exclusively available online, including certain unemployment benefits and vital citizen information, it is crucial that this gap be closed. But the arguments for universal access are not just pragmatic: regular internet use has been found to enhance ‘self-esteem and to preserve social and familial bonds and psychological wellbeing’. 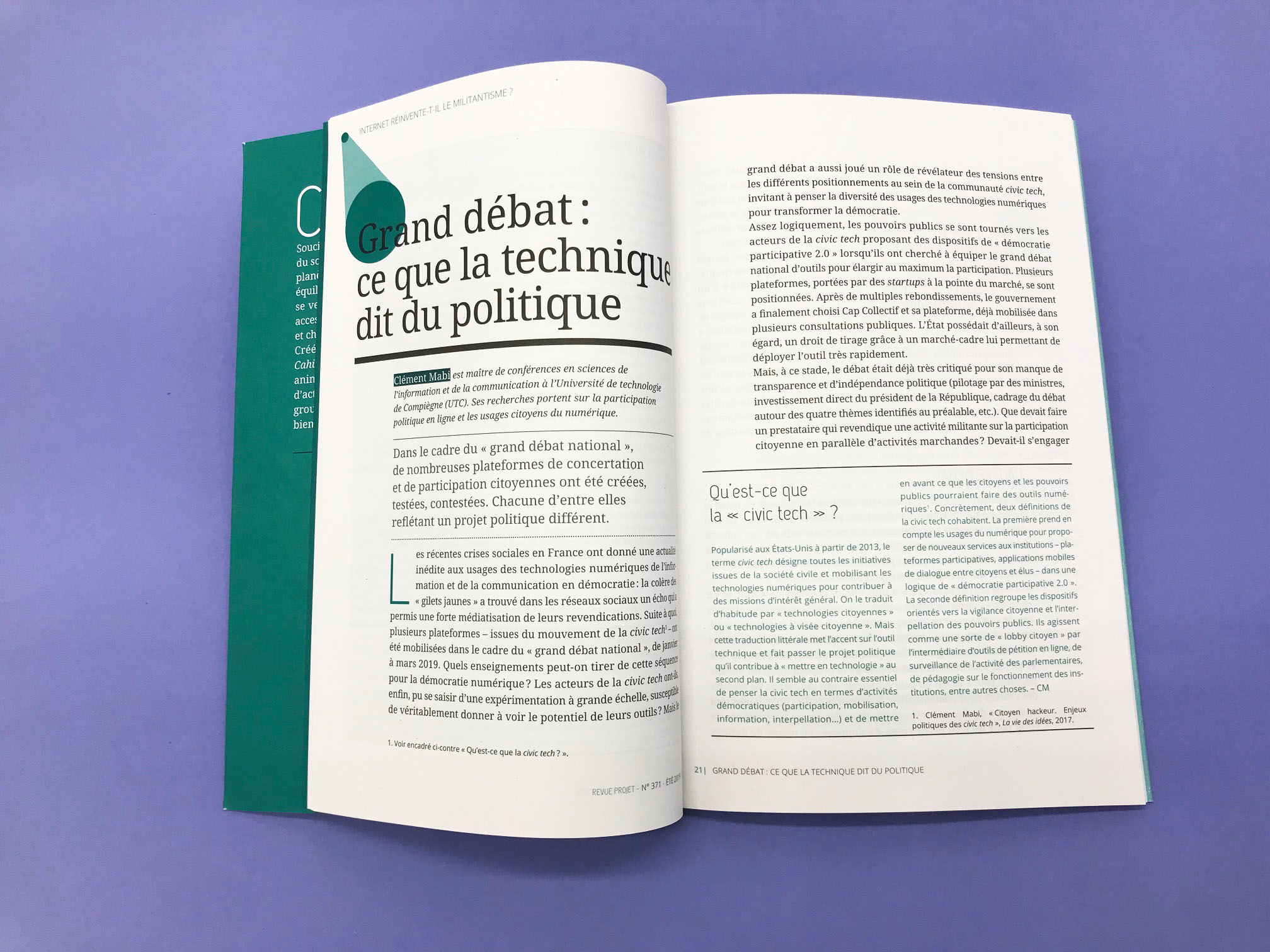 Laurent Duarte studies the pivotal role played by digital media in democratic process in Burkina Faso, Algeria, Sudan, and other African countries. ‘When dissident voices are denied access to public or private media platforms, social networks … can be used to bypass censorship and address a younger population.’ Duarte cautions, however, against overreliance on social media, stressing that they are only stepping-stones in the complex process of a nation’s democratization.