When the global financial crisis broke at the end of 2008, Europe’s leaders complacently maintained that the problem was an Anglo-Saxon one. Now, with trillions potentially having to be poured into national economies too big to fail – Greece, Ireland, Portugal, even Italy and Spain – the eurocrisis is threatening to overshadow the original banking collapse of 2008.

Brought on by the global economic recession, the eurocrisis has been exacerbated by serious faults built into the institutional structure of the monetary union. The non-existence of centralized political control over the European economy combined with lack of democratic legitimacy sets in motion processes that are undermining European solidarity.

In a new Eurozine focal point, published in cooperation with the Allianz Kulturstiftung, contributors discuss whether the EU is not only broke, but also broken – and if so, whether Europe’s leaders are up to the task of fixing it. 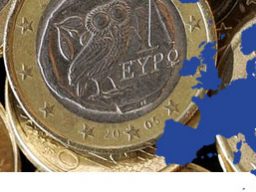 This Focal Point represents a cooperation between Eurozine and the Allianz Kulturstiftung.

Europe as a republic

The story of Europe in the twenty-first century

Should anti-democratic populism continue to cast a shadow across the continent, Europe may well succumb to a creeping process of disintegration, warns Jan-Werner Müller. Now is the time for renewed political engagement, if Europe’s democracies are not to start slowly corroding from within.

If the patrolling of borders unites European peoples more solidly than European “universal values”, what hope for the European Union? Nadia Urbinati argues that issues raised by the coming European elections go to the very heart of the pact that defined the post-war democratic rebirth.

European guilt: The rhetoric of apology

We can dream of a cosmopolitan Europe. But to realize the dream, writes Obrad Savic, we must have the conviction to share the same history, the same past and the same future with “others”, outside of Europe. An argument for transforming the people of Europe into a European world people.

German dominance of the European Union’s upper echelons has never been greater, writes Eric Bonse. All EU actors are, for now, the pawns of a “German Europe” that is stronger, and yet more vulnerable, than ever before.

The conquest of Greece

Exiting the EU and eurozone will not of itself solve Greece’s long-term problems. For these the country’s corrupt and unworthy political class is to blame, argues David Oderberg. He calls for a new Greek awakening to remove this cancer on the body politic.

The end of the European Dream

What future for Europe's constrained democracy?

A political culture of total optimism has obscured one of the paradoxes of European unity: a constrained democracy, borne out of the experience of the devastating wars in the first half of the twentieth century, and aimed at suppressing pernicious populist instincts, has now become the source of new resentment. Coupled with the unintended consequences of the single currency, these are exceptional times indeed. And the challenges awaiting democracy are not about to get any easier, according to Stefan Auer.

Claus Offe opts for democracy over “TINA” logic (“there is no alternative”), which only leads to a politics that fails to provide the electorate with choices. And therein lies the trap. Only more solidarity and more democracy, he argues, can rescue the eurozone from the brink of collapse.

The European Union and the Habsburg Monarchy

The threat that the EU now faces is as deadly as the one that confronted the Habsburg Monarchy a hundred years ago, writes British diplomat Robert Cooper, one of the intellectual architects of EU foreign policy. But getting it right does not need a miracle.

Lessons from the Soviet collapse

Too big to fail? Too crisis-hardened to go under? The collapse of the Soviet Union has something to teach Europe’s politicians if another leap from the unthinkable to the inevitable is to be avoided in the case of the EU, argues Ivan Krastev.

The revival of the parliamentary Left in France, Italy and Greece brings hope for an egalitarian turn in a European crisis management until now dominated by the precepts of austerity. Yet many citizens also fear that the zig zag course will nullify their previous sacrifices, warns Roland Benedikter.

How to get into and out of an economic crisis...

From Scandinavian democracy to target of British anti-terror laws: the whole world knows about the Icelandic crash, but how did the country get itself into such a mess? Andri Snaer Magnason tells a saga of privatizations, overreaching and astronomical pay checks.

Responding to Tony Judt’s appeal to the lost values of social democracy, Michael Ignatieff makes a strong argument for solidarity amidst recession, at the same time developing a version of progressive politics that emphasizes equality of opportunity and individual empowerment over both corporate and state-sector self-privileging.

Talking about my generation

Spaniards in their thirties have grown up in enviable circumstances: democracy, a generous state, material wellbeing. Now the crisis has returned them to a cruel reality: that they may have to live with less than their parents did. Whether they alter their expectations or try to stop the clock will be decisive, writes Ramón González Férriz.

Another groundhog day in Greece?

The suicide of a pensioner outside the Greek parliament, the latest in a series, sums up the mood of a population confronted with the steady erosion of its rights. Victor Tsilonis wonders whether tomorrow will be just another day in Greece’s “predestined” future.

Poland and the European crisis

Lack of truly political decision-making and the demise of philosophical objectivism have landed Europe in the situation it is in today, argues Marcin Krol. A lesson could be learned from Poland, where a tradition of economic liberalism and rural pragmatism has enabled the country to weather the crisis.