Fidesz, Hungary, and the EU

It remains to be seen how the suspension of Fidesz’s membership in the European People’s Party will play out in the EU parliamentary elections and beyond. One thing is sure, however: Viktor Orbán’s attacks on democratic institutions are nothing new. Here is a set of reads from the Eurozine archive on the recent political transformations in Hungary. 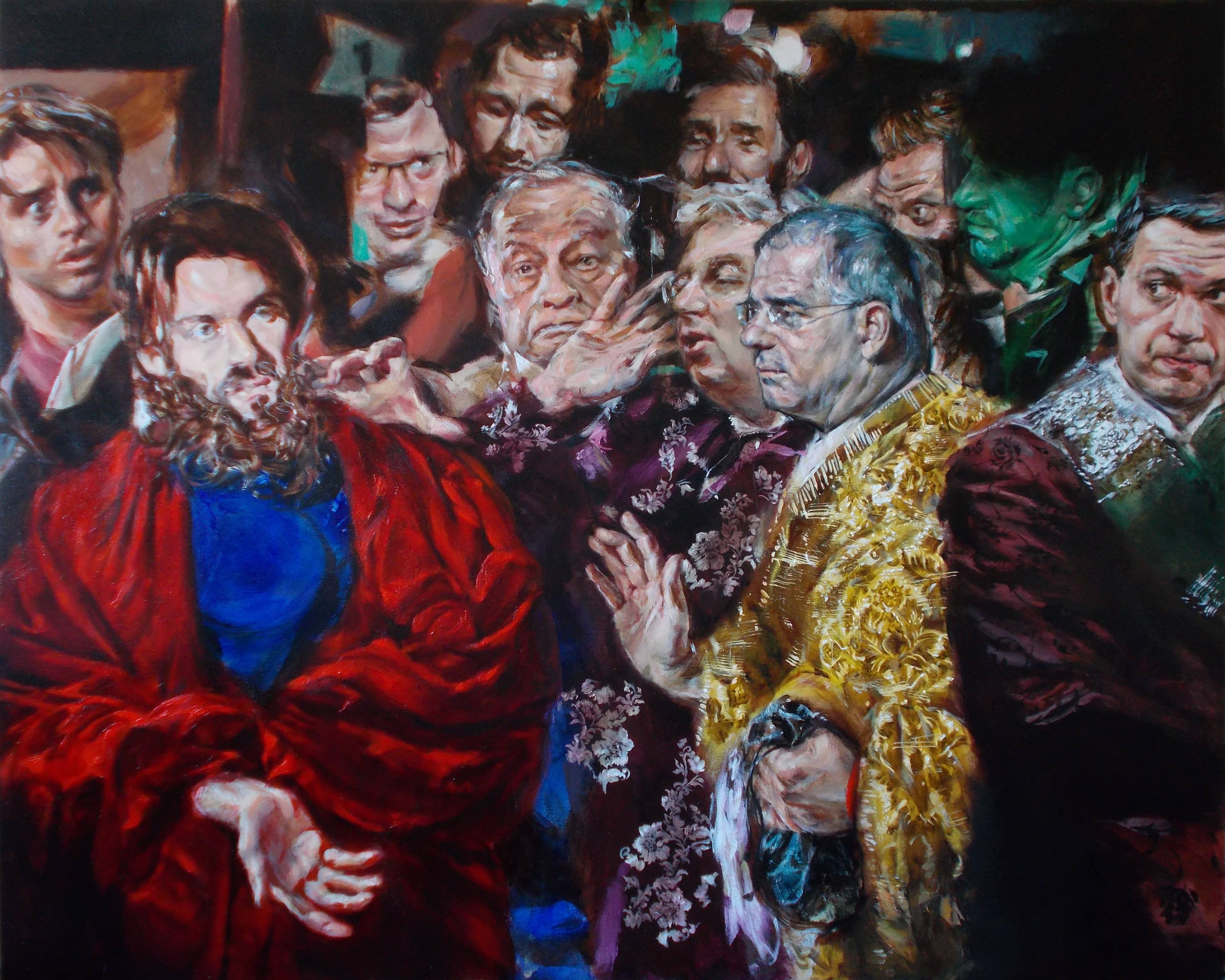 The Traders drive Jesus away from the Temple. (Oil on canvas, 2019.) Courtesy of the artist, Balázs Pálfi.

László Győri says that Orbán’s total offensive on the Hungarian cultural establishment resulted in almost total conformity to the nationalism of Fidesz and the sidelining of independent culture:

For Shailini Randeria, the systematic erosion of the autonomy of Hungary’s universities represents the government’s is committed to the political control of science:

Poland’s PiS government has, astonishingly, almost exceeded Hungary’s in the speed of its descent into illiberalism ascent, and EU sanctions against both countries have been on the table since 2016 reports Cas Muddle:

The Polish boomerang: On Warsaw’s adoption of the ‘Budapest Model’

The decline of liberal democracy in Europe’s midst

Brussels is not empowered to act as a policeman for liberal democracy in Europe. But, Burkhard Müller asks, should it be?

On the side of democracy

This archive selection is part of our 6/2019 newsletter. Subscribe here to get the bi-weekly updates about latest publications and news on partner journals.

Physical violence and political repression continue to torment Belarusian streets. Ongoing activism incurs a heavy, emotional toll. Could solace and stamina be found in literature, metaphysical reflections on the question of evil?