Alexandr Lukashenka has achieved his goal. The humanitarian crisis on the Belarusian-Polish border is diverting international attention from the state crisis in the Republic of Belarus. The images of open-air camps and the video footage of abuses at the barbed wire fence on the EU’s external border serve their purpose. Any escalation of the situation actively brought about by Minsk will distract from the repression of the democratic opposition. Meanwhile, the largest wave of forced migration of Belarusians since the end of the Second World War continues unabated. 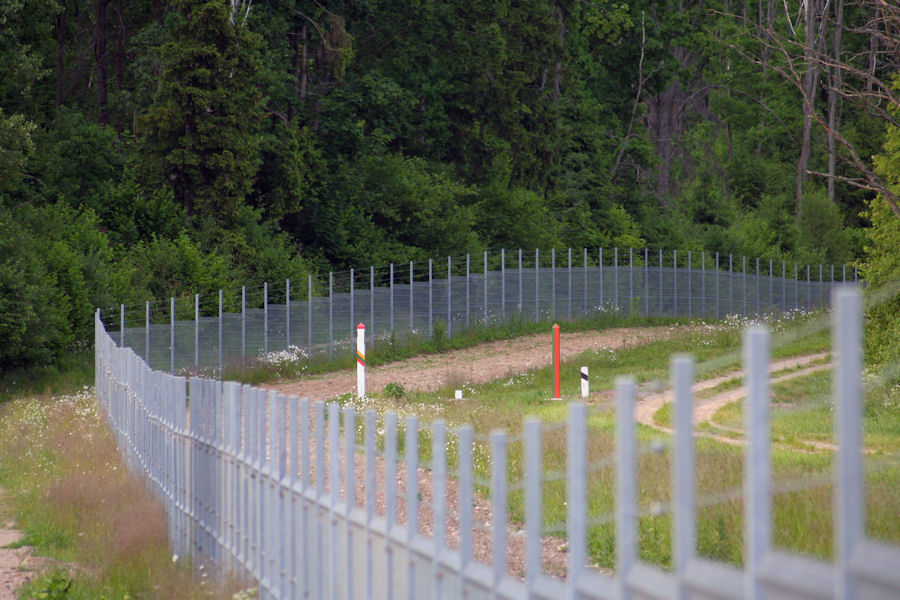 On 8 November, migrants from Iraq converged on the border checkpoint at Kuźnica; the day after, masked representatives of the Belarusian state arrested human rights activist Olga Gorbunova in Minsk. The state prosecutor accuses her of organizing the women’s marches in the late summer of 2020. A couple of days later, freestyle skier Alyaksandra Romanouskaya was arrested after training. The 2019 world champion had signed an open letter from athletes protesting police violence after the rigged presidential election in August 2020. Gorbunova and Romanouskaya joined the list of 830 political prisoners published by the human rights organization Vyazna in November 2021. Most Vyazna activists have themselves fled to the Lithuanian capital Vilnius because they too are being persecuted in Belarus.

During the 2020 protests, the Volny Choir sang protest songs at metro stations, the central post office and monuments in Minsk. After a tour of Poland in September, most of its members decided not to return to Belarus and instead to seek asylum. The reason for this collective decision was the increasing frequency of arrests in members’ personal proximity.

Since spring 2021, the Lukashenka regime has increasingly been targetting cultural workers and social activists. From the start, security forces have used facial recognition software to evaluate surveillance videos and images of protesters circulating on the web. But what has changed are the charges brought. In August 2020, when the protests were at their height, the authorities were handing down penalties of ten or fourteen days, for example for disturbing the public peace or participating in an illegal demonstration. Now, sentences of five or twelve years in prison are increasingly common, for offences such as forming a criminal organization or treason. On 11 November, for example, the anarchist activist Mikola Dziadok was sentenced to five years’ imprisonment after being tortured in custody.

Walking on the street with a white-red-white flag or subscribing to a Telegram channel that has been declared an extremist group are now grounds for arrest. This is the case for Hrodna.life, which until this summer reported on everyday life in the city of Hrodna in the northwest of the country. The portal reached 10 to 15 times more readers than the website of the state-run district newspaper Grodenskaya Pravda. Most of its editorial staff are now being held in custody and three have fled to the Polish city of Białystok, fifty kilometres to the west. Hrodna.life has announced that it will replace its Telegram channel with a new project in order not to endanger readers and the remaining editors.

As in Poland and Lithuania, the dominant topic on social networks in Belarus is currently the situation of the migrants at the EU border. Because state media spread nothing but propaganda about the alleged responsibility of the Polish government and prophesy imminent military hostilities on the part of NATO, Belarusian citizens have to create their own picture of reality. Pictures of the Minsk Sports Palace, from which buses drive to the western border, are shared on Telegram and Facebook.

It is an open secret that there is a gathering point for migrants on Komsomolskaya Street. Every evening, minibuses pull up to cover the next leg of the Baghdad–Berlin route. The informal stop at Dzerzhinsky Park lies directly opposite the historic KGB building, which still houses the Ministry of State Security, said to have been involved in the coordination of the crisis at the Polish-Belarusian border. A nearby grill restaurant has started advertising Halal. According to information making the rounds on the Nexta Telegram channel, which is run from Warsaw, even a taxi ride from the capital to Brest is cheaper than the state-run trafficking service.

All this information is fragmentary and cannot be verified without journalistic work on the ground. But the crisis on the border is also a media crisis partly caused by the simultaneity of a flood of mobile phone films from the border area and limited possibilities for on-site research. Despite its location at the centre of Europe and its nine million inhabitants, Belarus long became a zone in which only a few journalists are active. Two dozen of them – including the leadership of the biggest internet portal tut.by – have been in prison since the spring of 2021. The independent Belarusian Association of Journalists, winner of the Sakharov Prize in 2004, was shut down by the courts in August. Most of the remaining reporters have left the country or are looking for work in other industries. Former journalists of tut.by have founded a new media project abroad called Zerkalo, whose pages can only be accessed by people in Belarus via secure VPN tunnels.

The Polish government’s imposition of a state of emergency along Poland’s border was a deliberate escalation of the media crisis. Even within the European Union, media and human rights organizations are now unable to verify the digitally depicted reality, in order to check that the security forces are complying with the law. Jarosław Kaczyński is trying to use the escalation for domestic political purposes by depicting a few thousand migrants as a military problem that allegedly threatens Poland’s existence. In this way, he too diverts the international gaze from the crisis of the rule of law in Poland and the conflict between Warsaw and Brussels. The media bombardment from the periphery is also distracting attention in Poland from the problems at the centre.

The constant stream of images of migrants circulated by the press officers of the border guards is an attempt to mobilize PiS voters with the message that ‘we have everything under control’. The government thereby hopes to stem the haemorrhage of supporters to smaller rightwing parties. The timing of the crisis at the border suits this purpose perfectly, since it coincides with the start of the fourth wave of the COVID-19 pandemic. Vaccination rates are particularly low among PiS voters, making it likely that further restrictions on public life will drive Kaczynski’s supporters into the arms of anti-vaxxers on the far-right. The response is to stage a defence of national sovereignty against the intrusion of foreign forces, while removing the pandemic from Polish public debate completely.

But decision makers in Berlin, Brussels and elsewhere should not be content with pointing the finger at Warsaw. A crisis on the Belarusian border has been looming since June, when Lukashenka escorted the first migrants from the Minsk airport. And the flow of politic refugees from Belarus has been ongoing for over a year. The majority have been taken in by the two countries whose external borders are now being targeted by Lukashenka: Poland and Lithuania.

The exiled members of the Volny Choir are not only supported by the House of Belarusian Solidarity in Warsaw and helpful private citizens. The singers’ applications for asylum were received within weeks and given high priority by the Polish migration authorities. When it became clear that the 500 placed for Belarusian students offered via the Kalinowski Programme at the university of Warsaw would not be enough, the government made funds available at short notice for a further 200 scholarships.

During the same period, only a few dozen students and even fewer academics from Belarus were admitted to Germany and supported with scholarships. In the negotiations on a solution to the humanitarian crisis at the external border of the European Union, the question of broad, systematic and sustainable support for political refugees from Belarus by the European Union at large will have to be answered.

An earlier version of this text was published in German by Frankfurter Allgemeine Zeitung on 15 November.