Marxists from all over China secretly gathered in Shanghai and founded the Chinese Communist Party (CCP) in 1921. The party’s centenary, coming ‘at a moment when the West seems uncertain in its approach to an increasingly confident and aggressive Chinese brand’ is no cause for celebration, argues Index on Censorship’s editor Martin Bright, ‘but it is important to mark it.’ 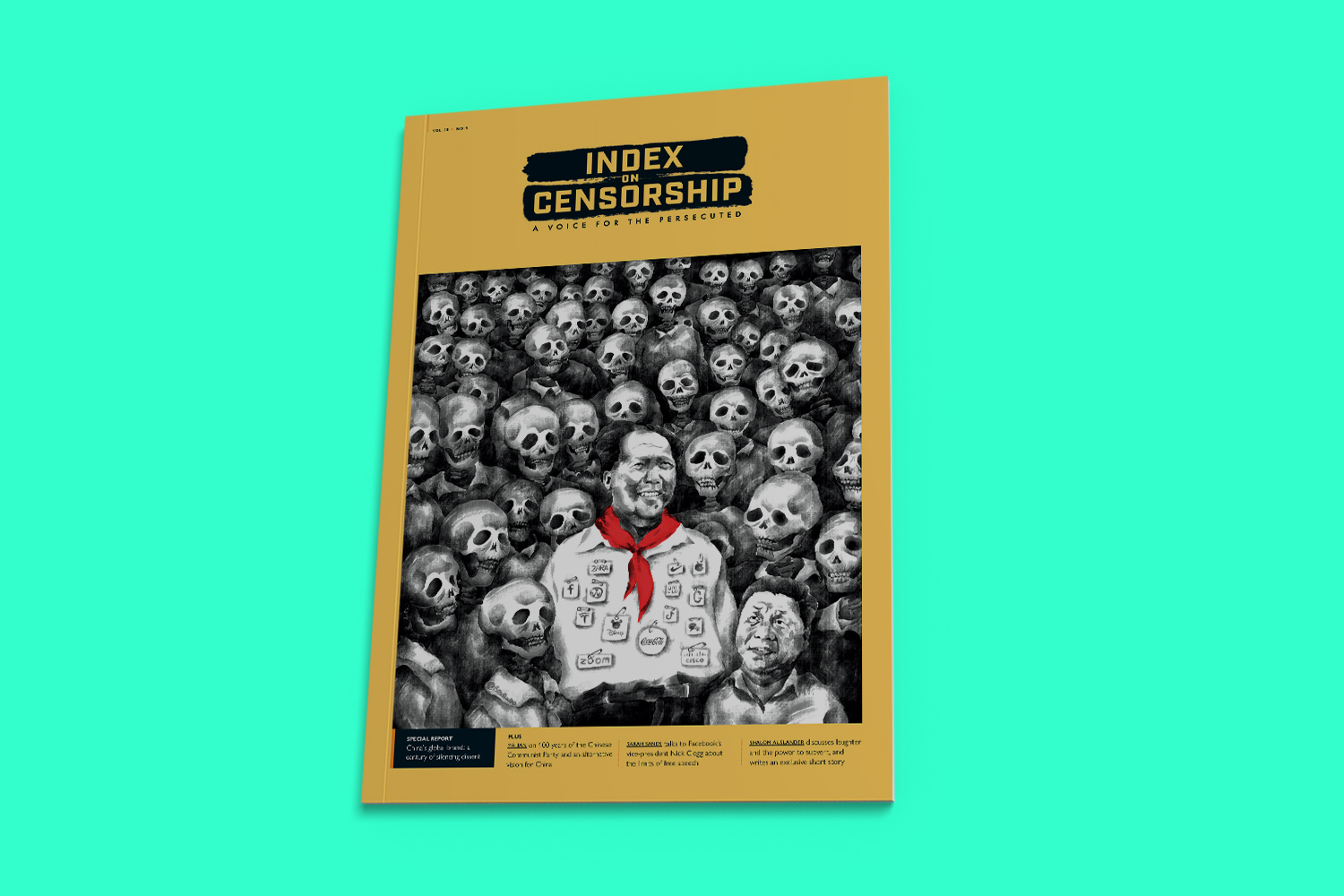 A stranger’s selfless act inspires Ma Jian to reflect on the traditional values of Confucianism – benevolence, righteousness and propriety – which 70 years of CCP rule have challenged. While illusions of liberation initially survived, despite Mao’s Great Leap Forward campaign and consequent Great Chinese Famine, they eventually gave way to the dehumanizing nightmare behind communism’s utopian dream.

Violence, propaganda and lies are the persistent glue that has kept the party in power. But the CCP has also changed to live on by ‘embracing, with increasing vigour, the capitalism Mao strove to eliminate,’ writes Ma Jian. As a result, the Chinese are now richer, but the country has plunged ‘into an ever-deepening moral abyss,’ Jian argues.

Traditional forms of propaganda no longer appeal to China’s young generation. Therefore, the PCC has transitioned ‘from Maoist formalities and rituals to language that caters to popular audiences,’ exploiting the internet to arouse ‘nationalistic sentiments in an approachable fashion’, writes Tianyu M Fang. The CCP-backed Communist Youth League is the most popular uploader on Bilibili, a video sharing platform, and has gathered 15 million followers on Weibo, the Chinese equivalent of Twitter.

But the government is not the only voice in the Chinese digital environment: ‘media institutions, privately-owned tech firms, cultures, subcultures and a growing number of internet users all contribute to an ever more complex network of forces shaping narratives and discourses,’ Fang writes.

State-backed channels such as CGTN, Qatar’s Al Jazeera and Iran’s Press TV have ended the BBC-CNN duopoly in the field, and, as Burrell suggests, ‘regulators have a tough job distinguishing between impartial news and state propaganda, and if they do take punitive action they can be cast as enemies of free speech.’

This article is part of the 10/2021 Eurozine review. Click here to subscribe to our weekly newsletter to get updates on reviews and our latest publishing.

Talk of a new Cold War between the US and China emphasizes military capacity and economic prowess. Warrior discourse presents a mono-dimensional situation in which conflict is inevitable. But couldn’t China’s stratospheric rise be better understood and handled by looking at the cultural complexities behind its advances?