‘Varlık’ devotes an issue to Ankara, the deprecated capital: including articles on Republican theatre in the 1930s; the political symbolism of Atatürk monuments; and urban history in Anafartalar Street.

The Turkish poet Yahya Kemal, when asked what he liked most about the country’s new capital, Ankara, reputedly replied: ‘The journey back to Istanbul’.

Ankara, with its bureaucrats, academics and generals, has often suffered in comparison to Istanbul, the city it replaced as capital when the Turkish Republic was established in October 1923. But this month’s Varlık engages with the city on its own terms, reading it as a site of change and conflict. 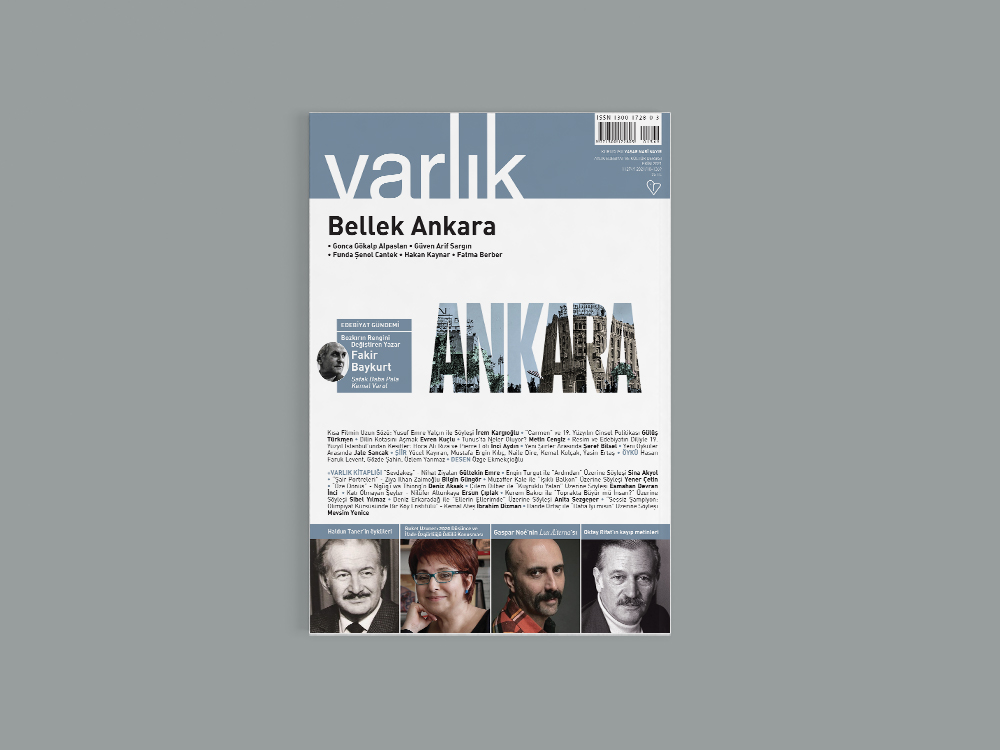 When republican elites established a capital in a muddy town on the Anatolian steppe, they didn’t just build ministries. Ankara today (population 5.7 million) has fourteen State Theatre stages and a range of professional and amateur venues – the legacy of Atatürk’s vision of ‘the place of opera, ballet, theatre and other fine arts within the fabric of a modern city’, writes Gonca Gökalp Alpaslan. Given the parlous state of the Turkish Republic after decades of wars, it was extraordinary for it to prioritize building theatre. But the result was, from the 1930s on, an astonishing flowering of Ankara playwrights, directors and actors – not least Reşat Nuri Güntekin and Muhsin Ertuğrul.

Güven Arif Sargın looks at Atatürk monuments to show how Ankara ‘is the scene of continual hegemonic conflict between reformist and conservative historical blocs’. He begins with the monument that turned old Ankara’s marketplace into a celebration of the new republic’s martial prowess. Here, Atatürk on horseback is accompanied by two soldiers and a woman carrying a cannonball. This marks ‘perhaps the first time that Turkish women become subjects of national narratives’. Further south, another Atatürk stands guards at the boundary of the New City, constructed during the 1930s. The statue ‘portrays the leader of the transformation as a strong, determined and vital mythic hero,’ Sargın says. At the heart of the new city, in Kızılay Square, is the Trust Monument, which ‘indicated a social order that recognized 1923 as the start of a new era and heralded the achievement of an advanced civil society model, reinforcing the organized forgetting.’

So cold, the donkey froze

Fatma Berber writes of her affection for Ankara, with its bright light and high-altitude blue skies. She recalls ‘squinting through the donkey-freezing Ankara cold and the angry summers that turn your brain to jelly’. Berber follows the path of Anafartalar Street, named after Atatürk’s victory in Gallipoli. The street runs from the equestrian Atatürk and past the Roman temple, with its inscription of the Deeds of Emperor Augustus, that now sits back-to-back with the Haci Bayram Mosque. Eventually, it leads to the city’s Jewish quarter, emptied out by discriminatory taxation in the 1940s, and its now ‘only abandoned, deserted and dilapidated ruins’.

Also to look out for