Woolwich and Afghanistan: The connection

On Wednesday 22 May 2013, British soldier Drummer Lee Rigby was killed in broad daylight in the street near a military barracks in Woolwich, south-east London. Professor of peace studies Paul Rogers insists that there is a connection between this shocking murder and “remote-control” attacks by western states. Recognizing this connection is crucial if we are to avoid such extreme violence in the future.

In the London bombings of 7 July 2005 (“7/7”), explosions on three underground trains and a bus killed fifty-two people as well as the four bombers and injured hundreds. Soon afterwards it became clear that the four bombers came from Leeds and Dewsbury in west Yorkshire, 200 miles north of London, and the media quickly descended on the neighbourhoods. On a number of occasions newspaper and TV journalists asked young people of Pakistani origins for their reactions, and these were almost always of horror and condemnation of the bombers and what they had done. 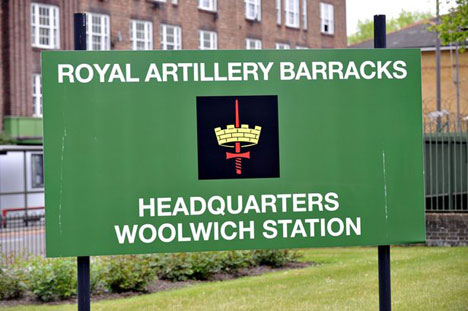 Not infrequently, though, they also referred to Iraq, where the post-invasion violence was at its height. Fifty-two innocent people died in London on 7/7 but that was the average daily death-toll in Iraq – day after day and week after week. The connection was not difficult to make and was reinforced by one of the “suicide videos” released in the wake of the London attacks. It was also angrily and predictably denied by Tony Blair and his government, even if it struck something of a chord with many people in Britain.

Eight years on, British troops have long since left Iraq. That was one of Gordon Brown’s less noticed decisions, but it also involved a quid pro quo for Barack Obama in the form of a greater UK commitment to Afghanistan. That war has scarcely been more popular in Britain than was the one in Iraq, but the media attention is far lower and any link between the Woolwich atrocity1 and Afghanistan is almost entirely discounted.

In part this is explainable by the sheer horror of the action and the immediate spread of appalling images through new social media and the main broadcast and print media. The shock is there, it is visceral, and surely needs no explaining. It is sheer terrorism.

And yet this is not enough.

The new social media may provide vivid and grim dispersal of the Woolwich murder but that same media does the same for the numerous armed-drone attacks in Afghanistan, Yemen and Pakistan, including two drone-strikes in Yemen in the past week alone. These and their counterparts go virtually unreported in the establishment western press; indeed the public image in Britain is of a war rapidly winding down in Afghanistan and hardly observed in Yemen or Somalia, let alone Pakistan.

Where the disconnect lies is in the near-universal lack of knowledge of the intensity2 of the armed-drone operations as these replace “boots on the ground”. This lack of knowledge has two elements. The first is that the attacks have been numerous. The United States may be the major user of armed-drones in Afghanistan, with over a thousand operations through to the end of 2012, but the UK follows quite closely behind with 349.

The second is the absence of any information on casualties, except for the occasional naming of middle-ranking commanders who may die. This “we don’t do body-counts” policy is persistent and was practised to remarkable effect in the air war in Libya in 2011.

At that time, Britain’s ministry of defence would – day after day – release details of targets hit by bombs and missiles. These might be rocket-launchers, tank-transporters, anti-aircraft radars or psychological-warfare centres; but the remarkable thing was that no mention was made of people ever getting killed – and this was despite the ready availability of high-resolution bomb-damage assessment (essential in case of the need for retargeting). It was as if every time a bomb or missile was about to strike, the clever people around the target could jump out of the way in a matter of microseconds and escape entirely unharmed. The end result of this was that, to all intents and purposes, no one was getting killed or injured – at least as far as most of the UK media was concerned.

The same applies to Britain’s armed-drone attacks in Afghanistan, with one difference: that the new social media, linked to the work of Islamist propagandists, is assiduously used to spread the reality of the strikes in a way that simply did not happen in Libya.

The appalling nature and the open shock of the Woolwich murder are such that it is expecting far too much for this Afghan connection to have any traction with public opinion. Yet there is a connection and the full picture is incomplete without it.

The steady move from boots-on-the-ground to “remote control” has created an apparent assumption that people in the west are safely anaesthetized from the impact – whether it be in Afghanistan, Yemen or, perhaps in the near future, Nigeria as well as Mali.

It is understandable that the murder of the young soldier is too grim and violent for that to be seen. But perhaps we will somehow have to make that imaginative leap if, in the longer term, we are to avoid further instances of such extreme violence on our streets.

Published 24 May 2013
Original in English
First published by openDemocracy, 23 May 2013