Why the EU's "harmonization machine" should stay away from history

Memory laws are the wrong way for Europeans to remember and debate their difficult pasts, argues Claus Leggewie and Horst Meier. Europe needs a pluralism of memory policies. That is why 23 August is a good candidate for a truly pan-European day of remembrance.

It is well known that the European Union is one giant harmonization machine. Take for instance the European Council’s Framework Decision of November 2008 on combating, by means of criminal law, certain forms and expressions of racism and xenophobia, e.g. “publicly condoning, denying or grossly trivializing crimes of genocide”. The EU has, however, resisted recently the temptation to create a common historical policy on the basis of this Framework Decision. In a report to the European Parliament and Council from December 2010, the Commission lists a range of different memory law regimes in the member states, without insisting on a common standard. 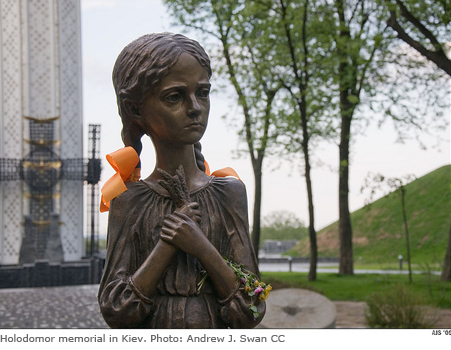 In April 2009, however, the European Parliament had reiterated that “Europe will not be united unless it is able to form a common view of its history, recognises Nazism, Stalinism and fascist and Communist regimes as a common legacy and brings about an honest and thorough debate concerning their crimes in the past century”. Such a statement would have been impossible before the accession of the new eastern European members to the Union. As recently as 12 years ago, at the Stockholm International Forum on the Holocaust in 2000, European politicians had focused on the genocide against Europe’s Jews, the single worst crime in human history, as the central element of Europe’s collective historical memory and the motivation for the fight against racism and discrimination today. Numerous European nations have made 27 January, the date of the liberation of the concentration camp in Auschwitz, an official day of remembrance. “Auschwitz” has become a kind of negative founding myth for post-fascist Europe, and many countries have criminalized Holocaust denial.

Although criminalising “the Auschwitz lie” is understandable given the wish to protect the victims and honour the dead, it is also problematic. Although repeatedly upheld by Germany’s Federal Constitutional Court the crimes defined by the German constitution’s “sedition law” pose a significant limitation to freedom of expression. The former German constitutional court judges Hoffmann-Riem and Hassemer would prefer to end the criminalisation of holocaust denial. Such a liberalisation of Germany’s criminal law is overdue. Imposing an official view of history, i.e. the fusion of the state’s monopoly of violence with a monopoly on history, is a hallmark of totalitarian states. Moreover, other well-meaning European countries (e.g. France in 1990) have followed the “German DIN-Norm” (Timothy Garton Ash) and criminalized holocaust denial as well.

It came as no surprise that the countries of east-central Europe, who were liberated from 40 – in some cases, 50 – years of Soviet occupation in 1990, opted for the creation of their own anti-denial legislation for communist crimes, which they took to be more urgent than protecting western Europe’s negative founding myth, the Holocaust. Sandra Kalniete, a Latvian politician, explained in 2004 that both systems were “equally criminal”, a view which is shared by majorities in the Baltic states, in Poland and even in South-Eastern Europe. According to Czech law, the “public denial, questioning, justification or condoning of the genocide committed by the Nazis or the genocide committed by communists” is punishable with a prison sentence of six months to three years. If Holocaust denial is to be criminalized in all of Europe, there will inevitably be demands for giving equal treatment to the crimes committed by Stalin and his comrades.

In 2007, the European Council asked the Commission to examine “whether an additional instrument is needed, to cover publicly condoning, denying or grossly trivializing crimes of genocide, crimes against humanity and war crimes directed against a group of persons defined by reference to criteria other than race, colour, religion, descent or national or ethnic origin, such as social status or political convictions”. Whereas historians and museum directors in western Europe have been reluctant to engage in this debate, North American scholars such as Yale’s Timothy Snyder (Bloodlands, Europe between Stalin and Hitler, 2010) and Stanford’s Norman Naimark (Stalin’s Genocides, 2010) have highlighted the necessity of “other criteria” and “additional instruments”. They argue that the UN’s 1948 definition of genocide is incomplete because this definition does not include mass prosecutions for reasons of “social status and political affiliation” (which today is sometimes called sociocide). This clause was removed following Soviet pressure in 1948. An example of where this can lead is Ukrainian President Yushchenko’s government’s official proclamation in 2007 of the Ukrainian famine caused by Stalin’s regime in 1932/3, the so-called Holodomor, as genocide against the Ukrainian nation.

23 August thus becomes a plausible candidate for a truly pan-European day of remembrance. It was on this day in 1939 that the Third Reich and the Soviet Union forged the “Hitler-Stalin Pact” with its secret protocol and thus inaugurated the de facto division of labour between Nazi Germany and Soviet Russia in the occupied territories of eastern Europe. 23 August thus puts in question the current day of remembrance – 9 May (1945) – in eastern Europe, for 9 May marks the day when this region was liberated from Nazi terror only to fall prey to a “red” occupation. Such a revision, however, provokes outrage in Russia, where 9 May continues to be honoured as Victory Day. In May 2009, Russian President Dmitry Medvedev created a commission “to block attempts to falsify history in ways detrimental to the interests of Russia”. By this he meant nothing short of the protection of an uncritical history of the “Great Patriotic War”, which increasingly implies being openly apologetic about Stalinism.

The criminalization of holocaust denial has inspired analogous attempts to prohibit denying other genocides, especially the Armenian genocide of 1915-17. Several parliaments have passed legislation criminalizing the denial of this genocide, and this has lead to court proceedings in Switzerland and France. The European Union informally demands that Turkey recognise that what happened was indeed a genocide, and abandon its official position, which treats the events of 1915-17 as a wartime massacre, before proceeding with Turkey’s admission to the Union. Turkey’s response to the EU’s pressure was disappointing; Article 301 of the Turkish Penal Code, which criminalises the act of “insulting Turkishness” (which has been taken to include talking about the Armenian genocide), was not substantially reformed.

Postcolonial historians similarly compare the colonial crimes committed by European powers to the Shoah (Holocaust). They regard the high number of victims and the high degree of systematic planning and organisation in both cases as obvious parallels. In May 2001, the French parliament passed a law, initiated by Guyana-born representative Christine Taubira, which classified slavery as a crime against humanity. This lead to the prosecution of the historian Olivier Petre-Grenouilleau, who refused to regard slavery as simply genocide in his (critical) book about the slave trade. And because every action has a reaction, in 2005 a parliamentary initiative in France called for highlighting the “positive aspects” of colonialism. Historians rejected this and what remains of the attempt to create a sanitized view of history is a law against insulting or abusing any person who fought for France in the colonies.

More than 1000 French (and other) scholars participated in a vigorous protest – under the motto “Liberte pour l’histoire” – against all memory laws, regardless of whether a law seeks to proscribe or prescribe a particular view of history. They are fighting for freedom of expression and academic research, as does the European Commission in the report referred to above, which holds that “official political interpretations of historical facts should not be imposed by means of majority decisions of parliaments”, and that “a parliament cannot legislate on the past”. The Commission supports making 23 August a pan-European holiday and thus endorses a thoroughly anti-totalitarian yet balanced consciousness of European history, without pushing for any “harmonization” or even legal measures against wrong or offensive views of history.

To refute such views is the responsibility of experts and public debate. The Commission wants the pan-European reappraisal of history to follow the principle: “Your past is our past!” In other words, what they are aiming for is a pluralism of memory policies, which has to be built by each civil society and by the community of civil societies in their interactions with each other. Even the crash of the Polish government jet en route to Katyn, which killed a large part of the contemporary Polish elite, had unexpected positive consequences in that the massacre of an earlier Polish military elite was discussed in a more honest and open way in Russia, and in that Poland’s own involvement in the Holocaust and the expulsion of the German population has now become part of the country’s collective memory.

Who can we trust?

The future of protest movements