Emmanuel Macron’s election victory in 2017 should have marked France’s long-overdue engagement with liberalism. Certainly, the ‘old world’ had already made plenty of concessions to the dogmas of market deregulation and free competition. But what was economically liberal rarely admitted to being so, instead styling itself as ‘social’ in order to satisfy the egalitarian tendencies of the French.

Above all, liberalism as practised in France had been stripped of its original legal dimension: in the Fifth Republic, the separation of powers and the safeguarding of individual liberties have rarely been held up as banners.

On paper, the 2017 election seemed destined to rectify that anomaly. The new president announced his ‘revolution’ under the twin stars of an economy freed from bureaucratic burdens and a ‘night-watchman’ state that would guarantee civil liberties. Yet, four years later, a reconciliation with liberalism is no longer on the agenda.

Whatever your reaction is to that fact, it is worth asking why Macronism’s commitment to liberalism has disintegrated into the indefinite perpetuation of states of emergency and the organization of daily life around QR codes. What are the reasons behind France’s most recent failure to engage with liberalism? And what are the likely implications for the next presidential campaign, which is launching under the worst possible auspices? 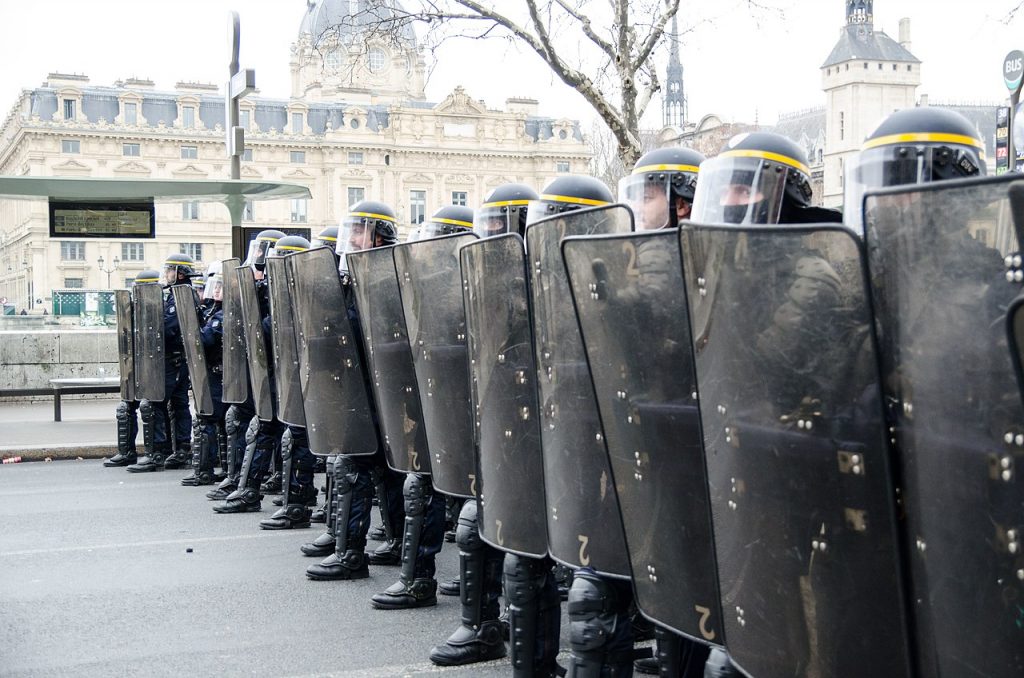 The promise of depoliticization

Far from the proactive approach that Macronism claimed as its trademark, the policies it has pursued since 2017 have largely been dictated by events. While the gilets jaunes movement was in part triggered by government decisions and Macron’s presidential style, its root cause was the suppressed anger of people who were used to expressing their political views only – if at all – through the ballot box. Unprecedented in both its sociological characteristics and its virulence, the conflict led the government to replace its programme of reform with a campaign of police repression and a ‘great debate’ that has achieved nothing tangible.

No sooner had the gilets jaunes crisis been brought under control than the pandemic imposed its chaotic rhythm on the government. The ‘new world’ promised in 2017 is just as slow in coming as the world ‘after the virus’: in both cases, the illiberal emergency regime seems to be here to stay.

The events of the last four years have refuted the narrative of the 2017 election: that of a ‘start-up nation’ where partisan divisions would be dissolved. We were promised a deindustrialized France whose future lay in new technologies and finance. The ‘trickle-down’ effect was supposed to be more than just economic; it was also going to run from business to social life as a whole. How better to spread tolerance than by extending flexible management techniques to wider society?

Those who doubted this conversion of passionate identity politics into the rational calculation of interests did not foresee that in 2021 the French public debate would be dominated by the various controversies stirred up by Éric Zemmour on CNews. Nor could they have imagined that a ‘liberal’ minister of the interior would stand alongside police unions and the far right, just a stone’s throw away from the National Assembly, at a protest demanding accountability from the justice system.

Macronism promised to bring about a depoliticization. In that sense, it was authentically liberal. In contrast to the liberty of the Ancients, which consisted of meaningful participation in public affairs, Benjamin Constant defined the liberty of the Moderns as the power to withdraw from the public sphere. ‘Our liberty,’ he wrote, ‘must consist of the peaceful enjoyment of private independence.’1 This was how most of the ruling elites saw the situation in 2017. Now that the French people aspire to the sort of individual success that a cumbersome welfare state denies them, what good would it do to draw their attention to outdated ideological oppositions?

The presidency of François Hollande, elected to take on the financial industry and the architect of the Competitiveness and Employment Tax Credit, had demonstrated the emptiness of the right–left divide. And the defeat of François Fillon in the 2017 presidential election had marked the failure of attempts to reinstate it. All that remained was to revive Giscard’s plan to win over ‘two out of three French people’ to the pacifying benefits of liberalism. The recalcitrant third, in this scenario, would be abandoned to extreme ‘populisms’ destined to remain on the margins.

This depoliticization would be a happy one because it appeared to offer a way to exorcize the cultural tensions running through French society. In arguing for an ‘open secularism’, Macron’s campaign embraced the liberal critique of republicanism as it is understood today, that is, as a form of discipline imposed by the state. Here, too, the promise remains unfulfilled. Under pressure following terrorist attacks, Macron’s government pushed through a law against Islamic ‘separatism’, as well as a raft of security measures that are hardly conducive to the ‘peaceful enjoyment of private independence’.

The reality of politicization

The narrative of happy depoliticization has been overtaken by the reality of unhappy politicization on a massive scale. The same events that led the government to abandon its programme of reform also revealed the weakness of liberalism in the face of a politicization of conscience. The gilets jaunes directed their protests against institutions, in particular against the president himself. Although their demands were essentially social, the protesters addressed the state rather than their bosses. Meanwhile, the measures adopted to combat the pandemic have served as a reminder of state authority, including in the private sphere. What is the liberty of the Moderns worth when government authorisation is needed to leave home?

For a president who promised unobstructed mobility, this paradox has turned his time in office into a permanent misunderstanding. Far from fading into the background, state power has never been so present in our lives as in these last few years.

As a form of government, liberalism only lasts as long as the absence of conflict. Since 2017, there has been a proliferation of opposition from groups who have lost hope of finding an institutional solution. Abstention rates at recent elections, far from reflecting indifference, are an indication that popular resentment of power has increased. If the ideology of ‘neither right nor left’ is to blame for anything, it is that it exacerbates these conflicts by preventing them from being described in political terms. Under these circumstances, there is a risk that the presidential electoral campaign might take the form of a standoff, with the rhetoric of civil war prevailing over the ideal of doux commerce.

There may, however, be a way to utilize the politicization of a significant portion of the French population. Remember that at the beginning, the gilets jaunes couched their demands in democratic terms (a demand for participation and the introduction of citizens’ initiative referendums). That debate now needs to be shifted onto the institutional level, as the only ground that could allow the crisis to be resolved.

One reason why liberalism is nowhere to be found in France has to do with the Constitution of the Fifth Republic, which, since the adoption of the five-year term, has exalted presidentialism, reduced parliament to the status of a rubber-stamp institution, and aroused the distrust of the public. Though much praised for its stability, the French constitution has run its course and is incapable of giving political meaning to the conflicts that pervade society. If citizens are to be brought back into the game before they tip the table over altogether, they must be allowed to rewrite the rules.