The Arab Spring, ten years on

On 17 December 2010, Tunisian fruit seller Mohamed Bouazizi set himself on fire in protest against the arrogance of the political authorities. Bouazizi’s suicide marked the beginning of the uprisings across the Arab world. A decade later, the consequences of the Arab Spring are still unfolding. 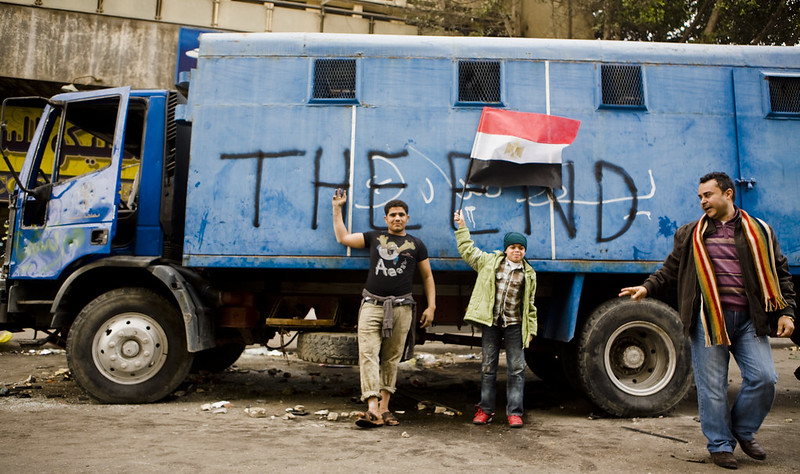 ‘We know that the spring of revolutions is followed by the passions of summer and the discord of fall’, but there is ‘no necessary incompatibility between the religious faith of many who participated in these movements and their modern aspirations’.

Seyla Benhabib conveys the hopes that accompanied the first phases of the Arab Spring, dismissing the fears of those in the West who believed Islamic fundamentalists would inevitably hijack the transformation process.

Religion, revolution and the public sphere

In the aftermath of the Arab Spring, Tunisia has managed to embark on a path of political change. The Islamic party Ennahdha proves that secular aspirations and religious faith are not a contradiction in terms. But many see Ennahdha’s transition from an ‘Islamist’ to a ‘Muslim democratic’ party as circumstantial progressivism.

Layli Foroudi on Ennahdha’s ‘dance between modernity, democracy and a predominantly conservative voter base’.

Exploring the historical causes of discontent fuelling the Arab revolutions, Gérard D. Khoury warned that new repressive regimes sustained by western complicity could have emerged from the Arab Spring.

The blind eye the Trump administration and the EU have been turning to the systematic violations of human rights in Egypt by the regime of Abdel Fattah al-Sisi – Macron has recently awarded him with the Légion d’honneur, the highest French order of merit – shows that those fears were not unfounded.

Whilst in much of the Middle East the Arab Spring ended with protracted civil wars and the resurgence of the ancien régime, the monarchies of the Gulf, not affected by the uprisings, have proven their value and stability to their western allies.

Yet ‘the general nervousness in the Gulf about a – very unlikely – spill-over effect’ has led to a crackdown on all initiatives perceived as even slightly subversive – also in the arts. Ferry Biedermann and Burkhard Müller on the ripples of the Arab uprisings in the Gulf.

No stone throwing in glass houses

Ripples of the Arab uprisings in the Gulf

Mahmoud Darwish’s project of national emancipation owes to the Arab Enlightenment, the nahda, in so far as it gives voice to the marginalized, challenges institutional power and aims to create ‘an Arab present that ushers in a future of possibilities’.

Zeina G. Halabi on what remains of the Arab intellectual’s prophecy in the context of disenchantment of post-Arab Spring world.

1989 has been ‘a precursor, a model, or an alternative example’ for subsequent revolutionary movements. Barbara J. Falk discusses how 1989 reverberated (or did not) in the context of the Arab Spring: ‘What looked like a moment of shining similarity may be little more than a distortion when we refocus to look at differences in light of subsequent political and social trajectories’.

Legacies of 1989 for dissent today

Legacies of 1989 for dissent today

Who is to blame for the current chaos in the Middle East?

A conversation with Jean-Pierre Filiu

The hope of the Arab Spring, as pro-democracy revolutions swept the Middle East, is now a distant memory, as Yemen, Syria and Egypt remain mired in chaos and conflict (to varying degrees). But where did it all go so wrong? In his new book, From Deep State to Islamic State: The Arab Counter-Revolution and its Jihadi Legacy, Jean-Pierre Filiu examines the destructive role of Arab dictators in funding and arming hardline Islamists – boosting groups such as Islamic State (IS) – with a view to dividing the opposition and convincing western powers to back their dictatorships. Here, he discusses his arguments with New Humanist editor Samira Shackle.