One year after the rigged presidential elections, protesters in Belarus are still demanding a democratic shift and respond with mutual solidarity to a repressive regime. But what does it take to keep on fighting when your cause falls out of the spotlight?

On the night of 9 August 2020, the Belarusian authorities announced Alyaksandr Lukashenka had won the presidential elections, paving the way for the autocrat’s sixth term in office. Popular demonstrations against the regime had already started in the lead-up to the election, but intensified that night reaching a formerly unknown scale in the country. Protesters, exasperated by Belarus’s lasting economic decline, contested the unfair electoral process, including the crackdown on opposition candidates and the rigged results. A year later, pro-democracy protests are still ongoing, despite the escalation of repression. 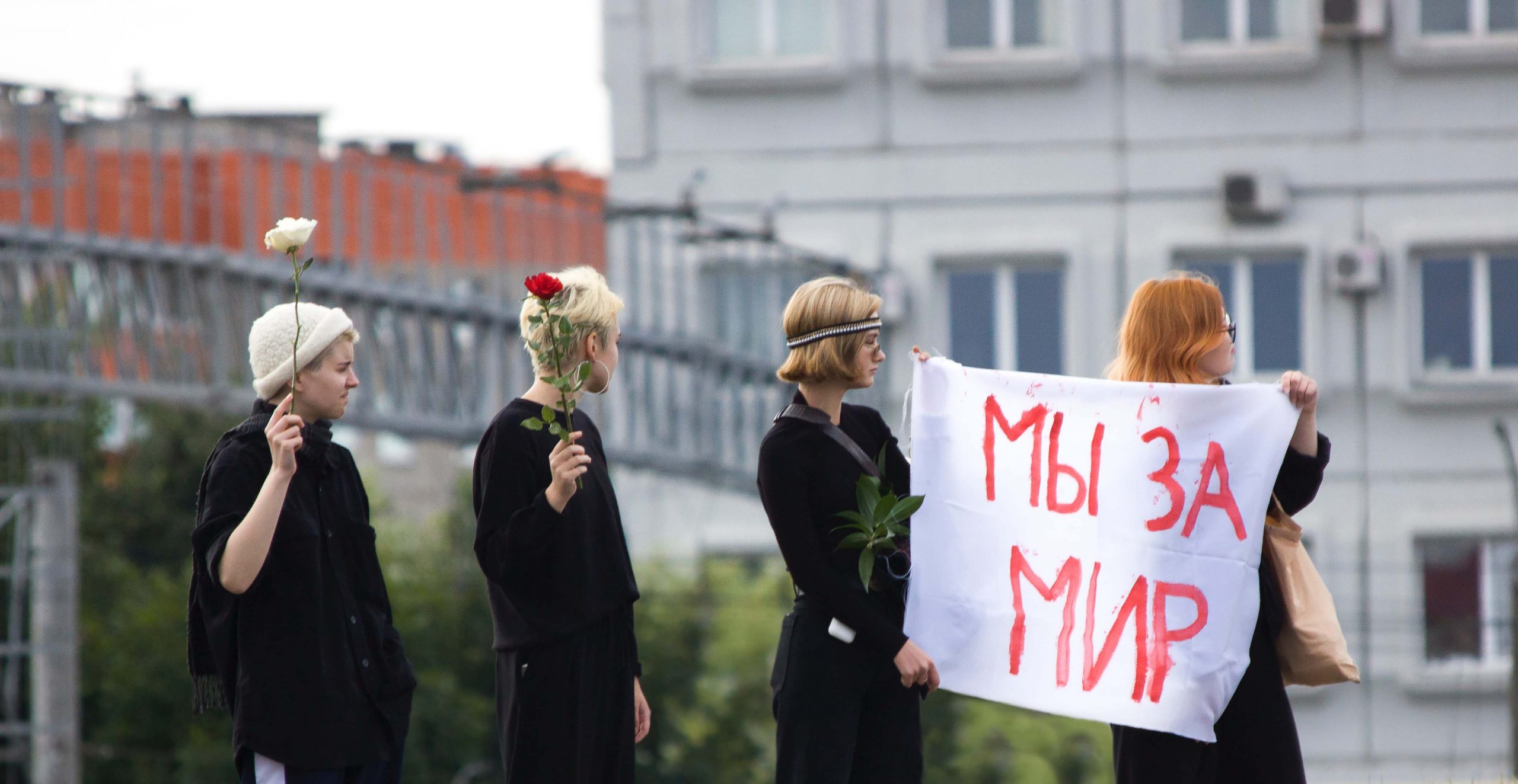 Photo by alesia g. on Unsplash.

Besides the anniversary, recent flare-ups of state violence have brought the Belarusian political situation back to the front stage. But time has not passed in the same way for everyone over the past twelve months.

Outside spectators associate the past year’s Belarusian protests to the events that made it to the international media, sparking waves of concern and indignation towards the repressive nature of the Lukashenka regime. Among the most recent cases are those of Olympic athlete Krystina Timanovskaya, threatened for questioning her male coaches’ authority; the suspicious death of Belarusian activist Vitaly Shishov in Ukraine; the airliner rerouted to Minsk to capture journalist Roman Protasevich and student Sofia Sapega; and the shutdown of TUT.BY, the country’s main independent media.

These events have surely contributed to bringing the international community’s focus back to Belarus even after the widely reported initial phases of the protests. Nevertheless, the revolution has been swinging in and out of the international attention market as swiftly as a trending topic.

For those personally involved in the protests, this past year has demanded a day-to-day commitment. In the account of Hanna Komar, a Belarusian poet and activist who was detained early on when the anti-dictatorship protests started, the prison is a ‘timeless space’ punctuated by the eternal recurrence of the detainee routine, only sequenced by the ever-toughening conditions. Even the pandemic, underplayed and minimized by Lukashenka on the public level, was used as a pretext to step up the repression of detainees and conduct mock trials via Skype.

Yet the flattened, dilated time in prison becomes, in Komar’s account, the perfect backdrop to cement profound relationships of trust and sisterhood among female inmates, lasting far beyond the four walls of the prison and constituting a precious net of mutual solidarity.

Strong female participation has defined the Belarusian uprising from its early stages. Sviatlana Tsikhanouskaya, Maria Kalesnikava and Veranika Tsapkala emerged as leading faces of the anti-dictatorship movement almost by chance, representing non-registered male presidential candidates. Their discourse, notes Olga Dryndova, combined traditional family values and female leadership, yet they did not match the prototype of the charismatic feminist leader. How come they catalysed the opposition movement, mobilizing women across the country?

The ascent of Belarusian women resonates in Slavenka Drakulić’s in memoriam of her fellow émigré, writer and dear friend Irena Vrkljan. Drakulic recalls how Vrkljan’s words and activism inspired a generation of women writers and intellectuals, even though she refused to identify as a feminist.

Partly, women activists in Belarus represent a shift towards a less traditionalist society. But their leadership may not be solely based on progressive developments. They also managed to introduce to the political arena the ideal of caregiving traditionally associated with them, transforming it into a paradigm of political action based on commonality and mutual solidarity.

The strong female presence also helps explain the post-national character of the Belarusian protests, as described by Olga Shparaga, a member of the anti-dictatorship Coordination Council. ‘It is a democratic revolution in which subjects are becoming citizens’, ‘horizontally networked’ and with virtually no reference to a glorious past, Shparaga explains. Its horizontal character has kept the flame of revolution burning for over a year, even when Belarus fell out of the international spotlight, and the passing of time played in the hands of the regime and its Russian ally.

The experience of imprisonment and indomitable resistance, though life-changing, deserves no romanticization. Relegating the revolution to heroic protesters alone can also induce disengagement, resulting in the self-absolution and depoliticization of bystanders. But at a time in history when nation states tend to withdraw from international responsibility and national selfishness seems to prevail, the sense of commonality evoked by Belarusian protesters offers a refreshing alternative to draw from.

This editorial is part of our 13/2021 newsletter. Subscribe to get the weekly updates about our latest publications and reviews of our partner journals.