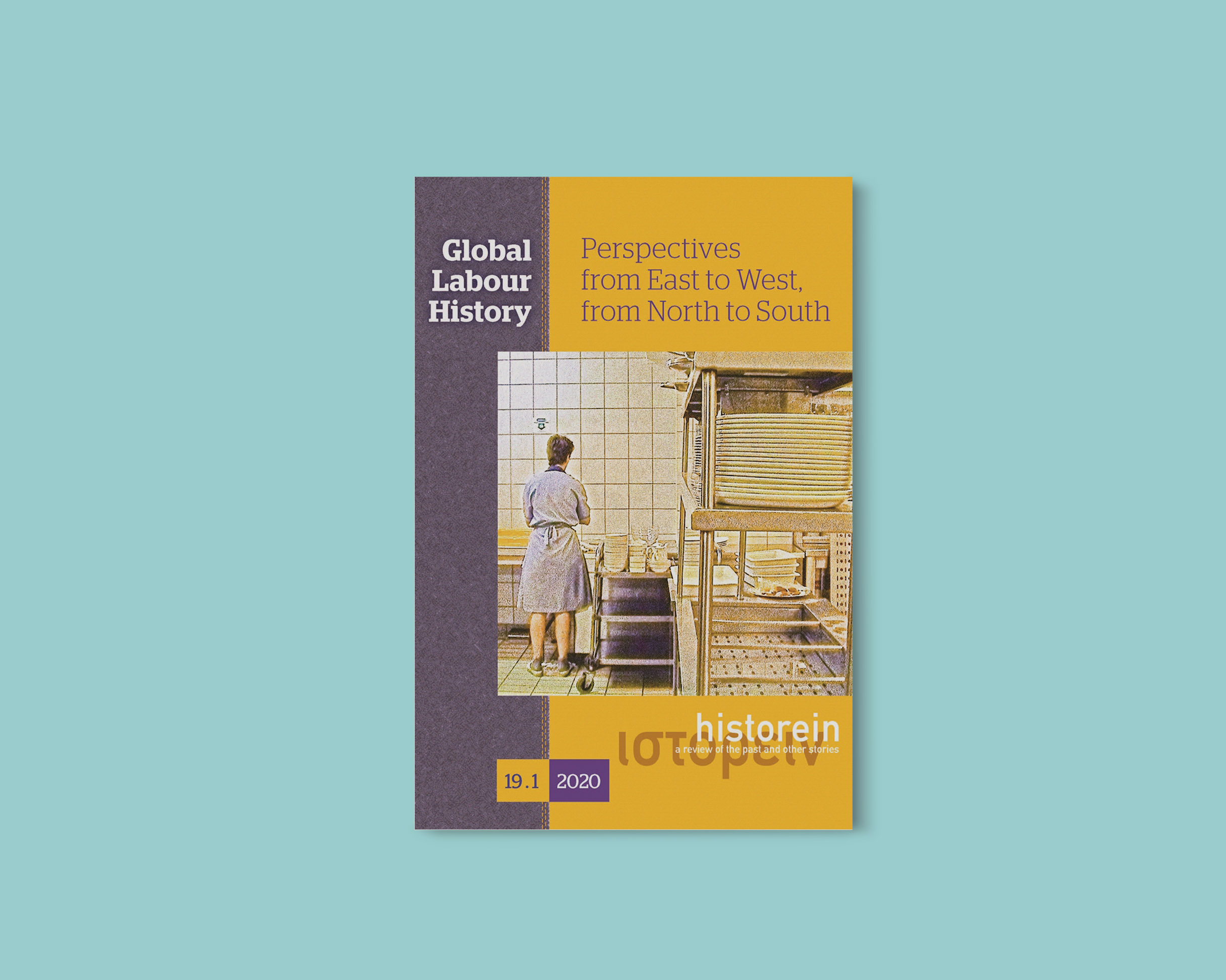 The Greek journal Historein looks at new research in comparative global labour. Contributions take transnational, transcontinental perspectives that go beyond the confines of Eurocentrism and methodological nationalism, and that re-evaluate the meaning of labour now that subaltern groups have become a part of labour historiography.

Labour and gender in India

Shobhana Warrier compares gendered perceptions of labour in early twentieth-century colonial India and after Indian independence. Focusing on women’s entry to the workforce, informal work, labour conditions and general workplace culture, she finds multiple contradictions. One concerns the relation between ethnic identity and workplace organisation. On the one hand, there is a striking ‘continuity of caste community bonding’ from one era to another. On the other, the paternalistic modernization of the colonial state did, in fact, lead to the enforcement of labour laws, with trade unions championing workers’ rights. In some areas after independence, however, ‘hardly any pressure was exerted on [industries] to improve conditions for workers’.

Aristotle Tympas homes in on the exclusion of human labour – especially that done by women – from histories of information technology, mechanization and automation. He argues that the dominant technical definition of the ‘digital’ should be replaced with a historical account of how ‘digitalization’ has made concrete computer labour abstract. This blurs the relationship between the work humans do using computers and the end product of that labour. Histories of digitalization rarely deal with class and gender relations. Tympas investigates the creation of strict oppositions between ‘analogue’ and ‘digital’ computing, and the activities of ‘computation’ and ‘calculation’. Women, he maintains, have been systematically ignored in ‘superior’ digital economies.

Alina Sandra Cucu focuses on the Romanian car industry between 1968 and ’73, exploring ‘the tensions that go beyond normally accepted periodizations of neoliberalism, state socialism or welfare capitalism’. These tensions suggest that the sole condition for a free market is not the freedom to sell one’s labour as a commodity, and that the relationship between socialist planned economies and wider, global transformations of industrial conflict and capital flexibility need to be re-evaluated.