The house of Israel 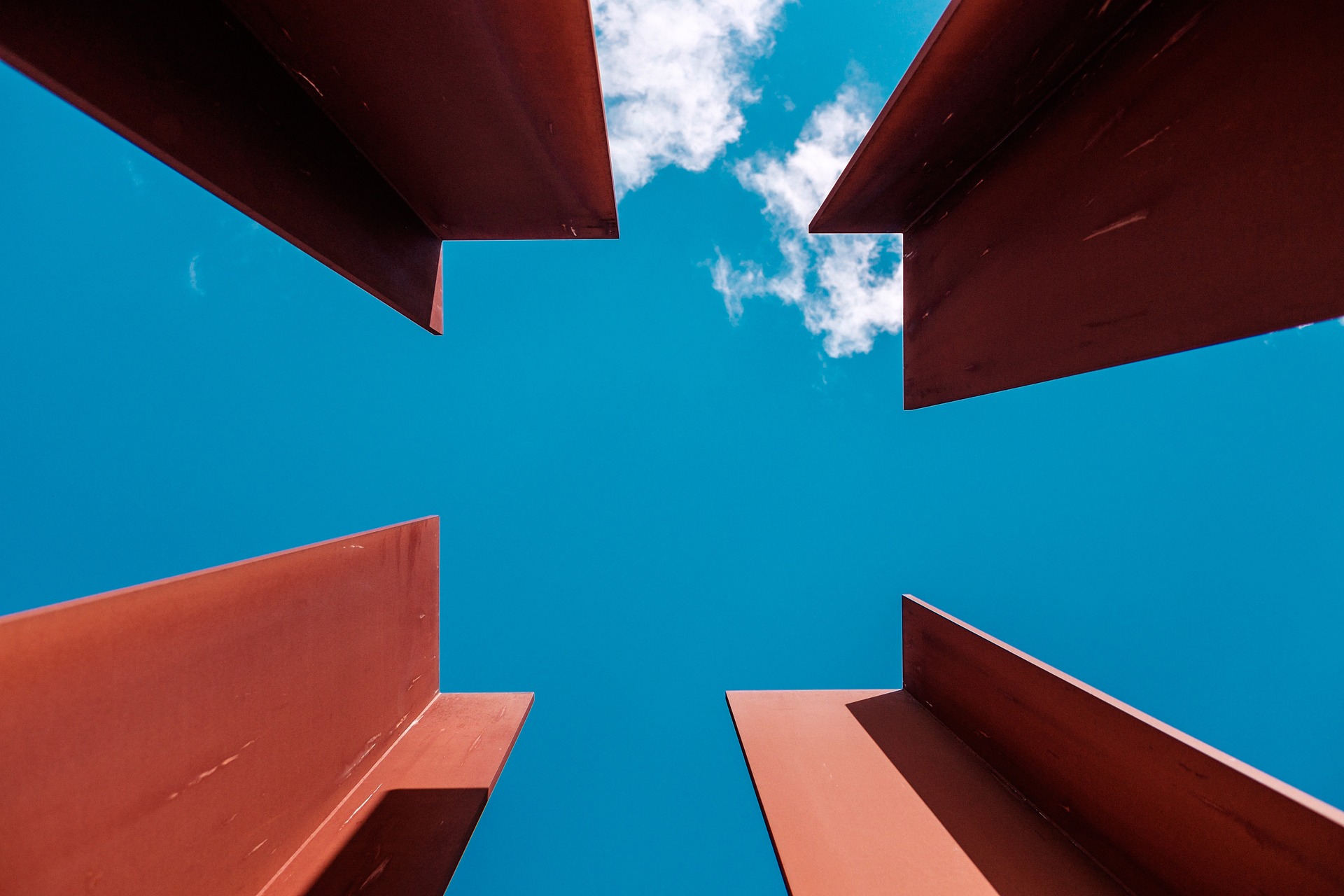 Photo by Foundry Co on Pixabay

The ‘house of Israel’ has four metaphorical, communal floors. Unlike a standard house, in this analogy each tenant is forced to live simultaneously at all four floors, which is not always easy or possible. This Israel is bipolar: creative and conservative, arrogant and frightened, special and yet iconic. You either love or hate it; it can hardly be ignored.

Like many other societies in the world, Israel displays inherent and natural tensions. Friction exists between locals and immigrants, ethnic groups of different origins (Jews from Islamic countries and those from Christian ones), national communities (Jews and Arabs), the religious and the secular, those in the centre and those on the periphery, the haves and have nots. Unlike similar tensions that exist elsewhere, especially in the Western world, Israel has an additional, particular characteristic – most of its tensions merged into one augmented rift that deeply and painfully dissected society along sectarian/religious-traditional, economic and ideological lines. On both sides of the sociopolitical barricade, one can find almost the opposing mirror image: on the right side of the map, religious and nationalist conservatives, commonly from Islamic Asian and African countries with low socio-economic status, are resident on the periphery; and secular, educated, established, liberal, immigrants with more humanistic and universal world views from the West and the Christian hemisphere are positioned on the flip side.

Anyone who tries to deal with any of the above social tensions in Israel has to face the entire ‘package’: religion and state, economic gaps, privileges and deprivation, and voting patterns. All are fused together, seemingly never to be separated. Determining Israel’s political borders, for example, is primarily a religious rather than political or military issue, due to the widely held belief that God promised this particular land to the Jewish people. Voting patterns are also enmeshed with the socioeconomics associated with countries of origin and religious belief. The cost of living, which is determined by the huge costs of Kosher-control mechanisms, is similarly affected by social status.

As if this was not enough, such a fragmented society is affected by yet another layer of rifts. Ideological Israel is divided into four separate ‘rooms’ that refuse to unite into a complete family unit. 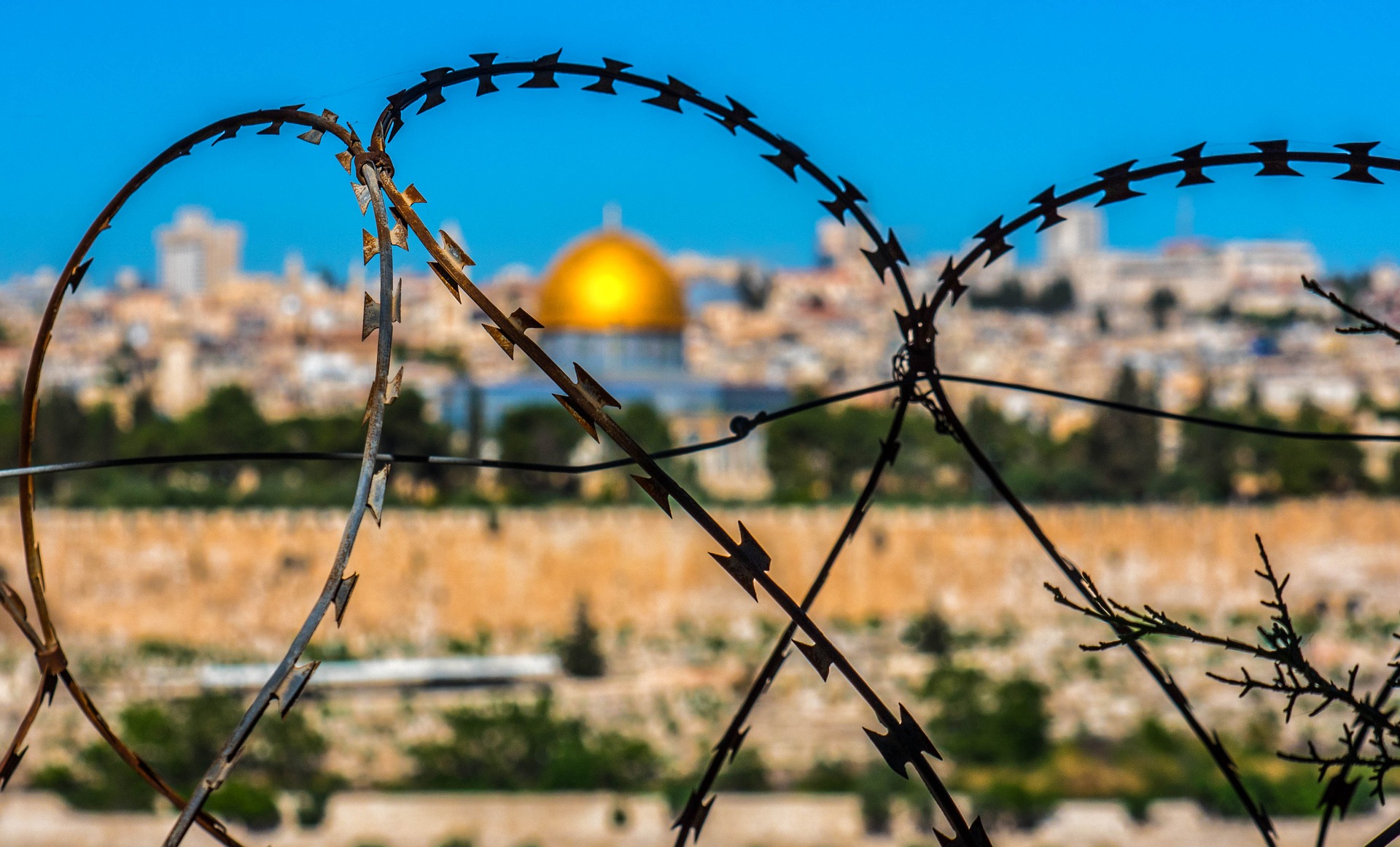 Photo by Rodolfo Quevenco on Pixabay

The religious room contains believers of different faiths who, whether Jewish or Muslim (Christian churches and believers have little influence here), primarily see themselves as devout subjects that abide by religious orders, figures and institutions. Jewish stickers declaring ‘There is no one else but Him’ vie with Muslim equivalents exclaiming ‘There is no God but Allah’. The Sublime identity may be changing but the dynamics of believers who reject the authority and legitimacy of flesh and blood courts are not. They only consider themselves subject to the Supreme Instance. The corona crisis has been a case in point. When the State stipulated isolation and social distancing, certain rabbis publicly violated the instructions. Many believers faced with a choice between Rabbi and State chose to follow the former regardless of the health consequences.

Those who are devoted to Terra Sancta – the Holy Land – are prepared to sacrifice themselves for their territorial cause. They want ownership and exclusivity over this land even at the cost of bloodshed, the loss of sovereignty or the denial of rights and freedoms of anyone who does not belong to their ‘integral nation’ and its ownership. Some Jews will do anything to deny a ‘foreign’ Palestinian presence on ‘their’ land. If the State withdrew from these biblical terrains, the devout would establish a neo ‘Kingdom of Judea’, belief in the Holy Land winning over State. And, in parallel, there are Muslims who would like nothing more than their Jewish counterparts to disappear from ‘their’ land, Dar al-Islam, the home of Islam.

This ‘room’ is inhabited by those whose entire being is focused on the Israeli State, the crown of Jewish history. Their rhetoric greatly elevates its glory – the State and its institutions are considered sacred, the root and the fruit, the source and destination, the summit of all achievement. All other principles ​​are seemingly insignificant and rejected. They would kill or be killed to uphold the State’s values.

This is already the smallest, diminishing part of Israel. Social reformers still believe that the rights and freedom of individuals should form the civil foundation of society and State. All other civil and national values are built on its foundations. But each of the three other collectives battle against those in the humanitarian realm, attacking its values ​​and principles.

These four ideological positions do not interconnect. Social reformers and religious advocates have not been on good terms for a long time. Those who uphold the State clash with territorialists, especially those who promote an aggressive settler position, over borders and power. Israeli democracy is in the process of an ugly divorce between the democratic and the liberal, between the Vox Populi of the majority and the equality of minorities. And human rights are being eroded and damaged in the process.

The structural floor is not always visible but is essential for understanding the weaknesses and risks facing Israel’s future democracy. Every democracy functions more or less horizontally. The chain of democratic authority is a constant conversation between equals aimed at creating public agreement and consent. It is based on listening to others, to fellow citizens who are different yet totally equal in civil society and constitutionally. In Israel – beyond the built-in distinctions between Jews and Arabs – two highly significant and influential non-horizontal and non-democratic structures exist: the army and the rabbinate.

The military is the melting pot through which most civilians move to enter responsible civil society. Indeed many military commanders take political positions within state and municipal systems at the end of their service. They instil the use of commanding top-down instructions within civil discourse rather than cultivating and forming bottom-up democratic agreements and understanding.

Rabbis and rabbinate institutions – both formal and informal – are a source of authority that many obey before considering the constitution and its ethics ​​or the law and its guidelines. The Israeli state system authorities have given the responsibility for interpreting its Jewishness to religious leaders and institutions whose first subordination is not to humanity and democracy but to God and theocracy.

The penthouse of fear

An impressive and unique penthouse has been built at the top of this structure. Only a few moments of hope and light have pervaded Israeli history: the sovereign State’s establishment in 1948, the sweeping victory of 1967, President Sadat’s surprising peace initiative, the surprising innovations of Oslo agreements that created a near redeeming atmosphere of euphoria. But that’s about it. All other moments have been grey, sweaty and quite normal.

Israeli society has not learnt to appreciate and celebrate this normalcy. So far, we have not developed a stable language; regularity seems foreign to us. We have not yet made the full psychological transition from a scattered diaspora to centralized government, from an expatriate to sovereignty and from a history of fear and persecution to a politics of trust and self-confidence. Our leaders, as cynical as hordes of other political leaders, take advantage of this collective weak point and perpetuate its tensions for their own gain.

A leader’s ability to promote fear depends very much on the public’s willingness to be afraid. And Israeli Jewish people embrace fear – they are addicted to it. Despite the immense power we have, unlike ever before, we are not yet ready to give up Israel’s status as a community of victims. Many of us identify constant fear as a natural and authentic connection with Jewish history as if it were burnt into our minds. If there is anything that the Israeli educational system has succeeded in instilling, it is the belief that generation after generation of Jews have been subjected to a major, ongoing hate campaign. Its history is as ancient as hostilities between Isaac and Ishmael, Jacob and Esau. Every opponent is an oppressor, every oppressor like Hitler and every legitimate critic anti-Semitic.

However, most Jewish history has been relatively calm. And the continuity of Jewish existence in scattered places was no more difficult than that of the neighbours among whom we lived. Only a few times in this long history have we been targeted, persecuted and killed. The rest of the time, everyone was killing everyone else with murderous generosity. And Jews were no exception.

‘Eternal victimhood syndrome’ redeems us from any responsibility. In a recent round of violence in Gaza, I took to the street with my friends in protest against this unnecessary war. At the end of the demonstration, some right-wing thugs gathered around me. Our conversation was affected by their jeering threats and ended like this:

‘Burg, why are you against the war in Gaza?’
‘Because I’m always anti war and against the inhuman blockade in Gaza in particular.’
‘I know it’s not a kind thought, but we didn’t set up gas chambers in Gaza, did we?’
‘I really hope not. Of course not.’
‘So, everything’s fine, right?’

That is the secret – victimhood liberates us from all responsibility. Nothing can compare to what ‘they’ did to ‘us’. And, as a result, we are allowed to do anything other than what they did to us. Dialectically, our actions become kosher. The Holocaust is our roof and penthouse – it is the floor of emotions that justifies everything, enables us to do almost anything and not pay the bill.

Israel’s social divide, ideological fragmentation and eroded democracy are housed under  chronic fear. No wonder for many Israel is considered the microcosmos of the West. If you want to understand the West, come visit us. Everything is concentrated, concise and intense in Israel. Once you understand us, you will comprehend human tensions and tendencies the world over.

Avraham ‘Avrum’ Burg was a recurrent Visiting Fellow at the IWM from September 2019 to May 2020.

From hope to despondency

Rightwing populism and the demand for dignity

Francis Fukuyama’s argument that far-right identity politics were pioneered by the left has been criticized as blame-shifting. But this is a partial reading, he counters: identity politics are inherent to the democratic ethos and rooted in modernity itself. Understanding their use by the far-right enables us to form a response.