Mittelweg 36 dedicates an issue to sociologist George Steinmetz, winner of the 2020 Siegfried Landshut prize. Including articles on three 20th-century French sociologists whose work was both invested in and independent of French colonialism; and the critical potential of historicist sociology as alternative to default positivism. 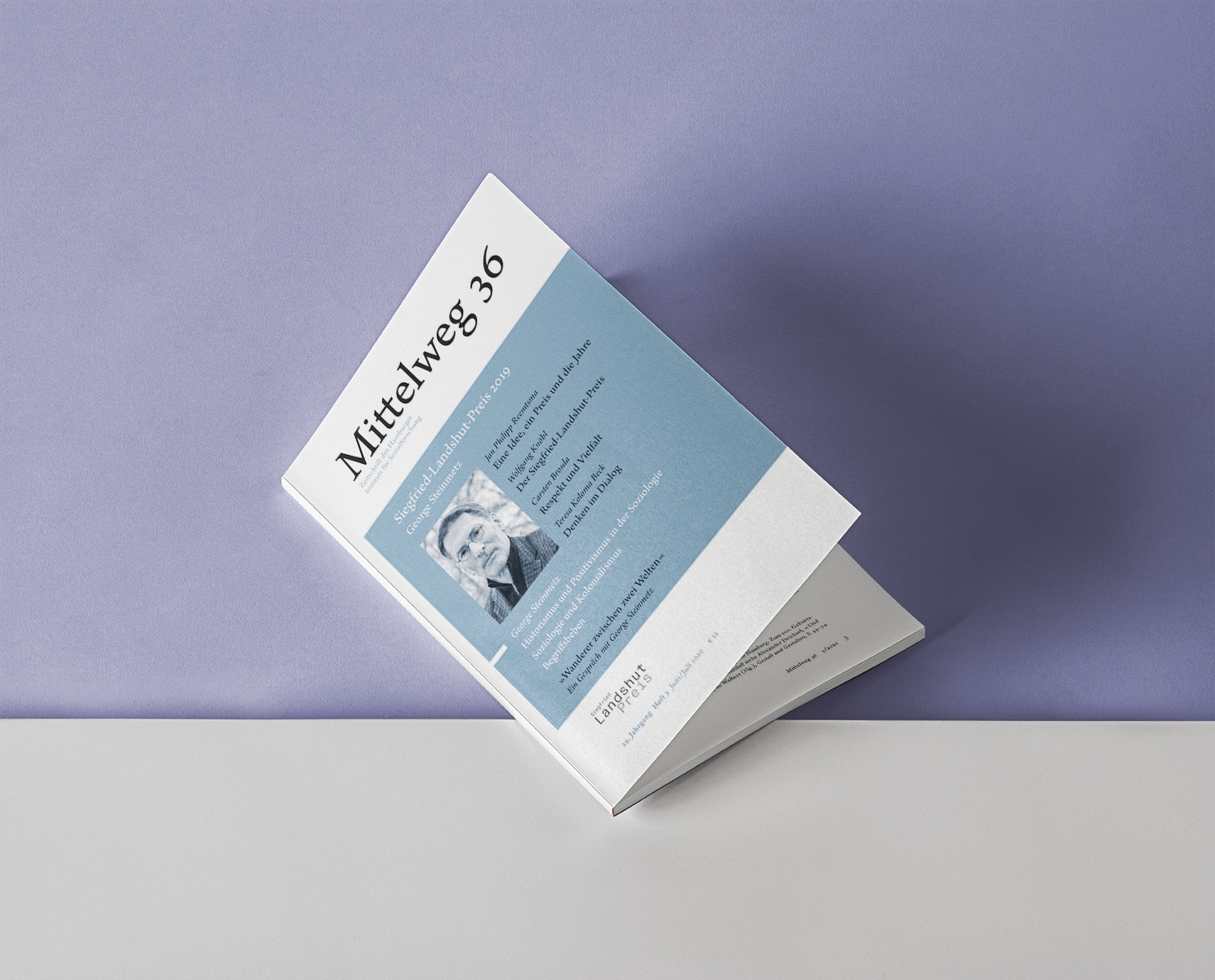 In January this year, the Hamburger Institute for Social Research awarded its annual Siegfried Landshut prize to the US sociologist George Steinmetz. Mittelweg 36, the journal of the Institute, publishes Steinmetz’s acceptance lecture along with two further articles and an interview, prefaced by introductions from sociologists Wolfgang Knöbl and Teresa Koloma Beck.

As Knöbl writes, Landshut is by no means a household name in German sociology. Part of the reason is that his academic career only properly began at the age of 53, having had his career blocked by antisemitic discrimination in the 1920s, and then being forced into exile in the 1930s. After periods in Palestine, Egypt and England, Landshut received a professorship at Hamburg University in 1951. But he has also been forgotten because he was an outsider in his discipline, critical particularly of German sociology’s lack of historical self-reflexivity. Scientific disciplines, Landshut argued, were to be defined in terms of subject matter (for sociology, the ‘dialectic of freedom and equality’) rather than methodology. ‘Landshut’s critique of sociology can still serve as a way of questioning the frequent fetishization of theory and method’, Knöbl remarks.

The interdisciplinary approach of George Steinmetz makes him the ideal recipient of the Landshut prize. Koloma Beck explains how the different areas of Steinmetz’s oeuvre – historical sociology, cultural sociology and sociological epistemology – have converged on the theme of ‘sociology and empire’. He has written ‘a new history of the discipline as one that is imperial in its origins and that needs to be decolonized.’ At the same time, Steinmetz does not abandon the ideal of sociology as the ‘science of understanding’: ‘Critical realism, not post-colonial critique, is the paradigm of his scientific work.’

Steinmetz underlines this distinction in his keynote: ‘I argue that not all colonial sociology needs decolonizing, at least insofar as decolonizing has come to mean, in sociology, dismissal.’ He reaches this conclusion via discussion of three twentieth-century French sociologists whose work was, to varying degrees, invested in yet independent of the French colonial project: Georges Balandier, Jacques Berque, and Pierre Bourdieu. From Balandier’s immanent critique of social engineering policies in Gabon, through Berque’s proposals for collective farming in Morocco as a way to ‘reconcile indigenous emancipation with French presence’, to Bourdieu’s ‘theory of scientific autonomy’ that ‘emerged in roughcast form’ during his time in Algeria, Steinmetz traces a trajectory of critical self-reflection on sociology’s relationship to colonialism.

‘Empires are culturally multiplex, pushing intellectuals beyond their culturally-bound categories,’ writes Steinmetz. ‘The fact that empires are always riven by anti-imperial pressures alerts some people to the problems with static, ahistorical models. Empire’s global scale and its built-in expansiveness nudges social analysis beyond the locality and the nation state toward a global and transnational frame. Empire’s evanescence, finally, focuses intellectuals’ attention on the historicity of sociopolitical formations, promoting a historical sociology even where that concept does not yet exist.’

The case for historicism

As social sciences today fail to compete with the natural sciences ‘in terms of practical usefulness and predictive success, they lose public support and self-confidence about the distinctiveness of their objects and methods’. Their response is to revert to an uncritical positivism. However, ‘historicism is still interesting for discussions of epistemology, somewhat analogous to the interest in peasant revolts, banditry, and “primary resistance” among historians of labour, social movements, and anticolonialism.’

Samuel Paty and the practice of public reason

The defence of democracy in France must continue to be a republican discourse, not one of libertarian nationalism. Critics of ‘Islamo-leftism’ engage in the very same process of blame-shifting that they accuse their opponents of – sometimes rightly.

Macron’s rhetoric on ‘Islamist separatism’ has inspired even more strident defences of laïcité on the right. Many see this hardening of attitudes as a final refutation of leftwing prevarications. But in reality, the debate on Islam in France remains confused at best.