Preparing for an apocalypse

A manual from Ukraine

Ukrainians struggle to make their own voices heard over the geopolitical brinkmanship. Blitzkrieg tropes abound in international media coverage, but the people whose lives and livelihoods are at stake want to decide for themselves.

‘Would you be able to show us your go bag?’ a foreign producer asks me, referring to endless international media stories that mention Ukrainians packing bags to be ready to evacuate at a moment’s notice. I’m getting set up to do a short live television segment from Kyiv. The topic of my piece for the international audience is obvious: Russia’s threat of invading Ukraine, and specifically what Ukrainians are doing to prepare.

I don’t have a go bag, I tell the producer. Neither does my family or most of my friends in Kyiv – though many of us are asking each other if we should. Finally I decide the best way to show the foreign press what the prevailing mood is to go out on the street, where shops and restaurants are open (Covid restrictions notwithstanding, of course), people are walking down the street minding their business, supermarkets have fully-stocked shelves, and there are no queues whatsoever at gas stations. There’s no other picture of a potential invasion to show. This is what living under threat of invasion in a European capital city looks like these days. 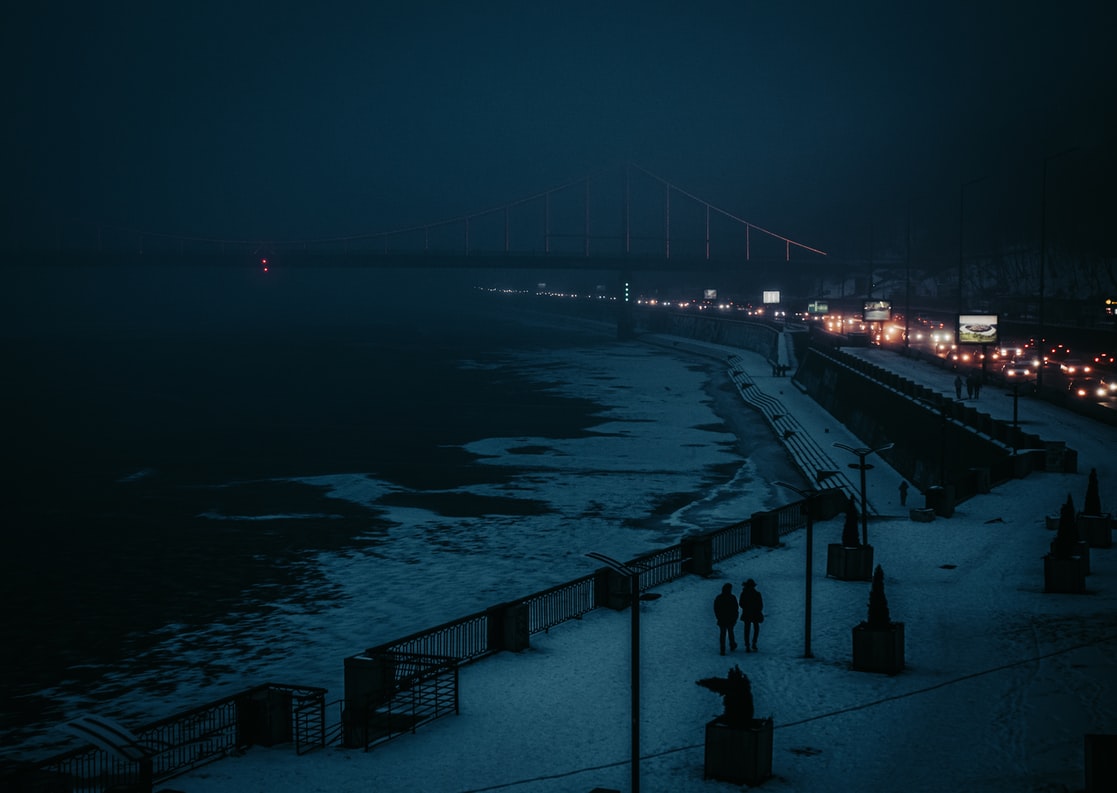 The banks of the Dnieper. Photo by Maksym Tymchyk from Unsplash.

You can’t prep yourself out of reality

‘The idea of Kyiv being invaded, with tanks and aviation — it’s like preparing for an apocalypse’, my friend Katya says, as I talk to her over the phone, telling her about my conversation with the foreign producer. Maybe she had packed herself a bag? No, she hadn’t. ‘There’s no way you can prepare for it.’

Katya is stuck at home with Covid. So are her 5-year old son and husband. She finds it hard to do basic grocery shopping, let alone assemble go bags. ‘Probably the best thing we can do is just keep level heads,’ she muses. If it’s not up to us to decide whether a full-scale war is coming, what else can we do?

‘Take a deep breath. Calm down. Don’t run to the store to buy food and matches’, Ukrainian President Volodymyr Zelensky urged in a recent public address, reassuring Ukrainians that he knows the threat is real and the country is ready to resist. ‘In what way is this actual news? Hasn’t it been a reality for the past 8 years? Didn’t Russia already invade in 2014?’ 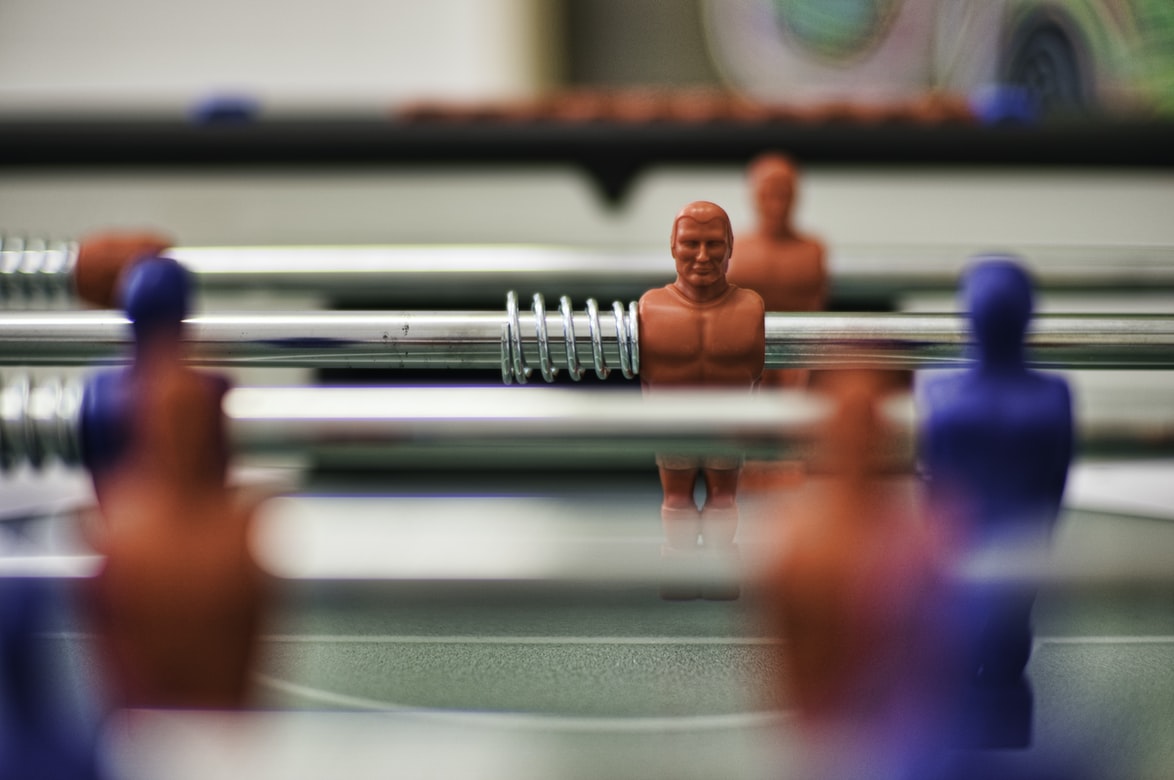 This war started eight years ago

Indeed, more than 14 thousand people have been killed over the past 8 years since Russia invaded Ukraine and occupied Crimea and the Donbas. Today, with so many eyes on Ukraine, it’s a good opportunity to recall this fact.

More than 60 soldiers were killed just last year. The very day I wrote this text, 31 January 2022, over 200 violations of the ceasefire regime were reported by the OSCE Special Monitoring Mission. A report of a 69-year-old man wounded by a gunshot while fishing in Svitlodarsk, several kilometres from the frontline, didn’t make the news.

Ukrainians have learned to live with an ongoing war by their side, and that’s the reality. Probably every Ukrainian household knows at least one person who has been to the frontline themselves, volunteered for the army, or was forced to leave their home because of the Russian occupation.

A lot has been done to improve the country’s military. Even if there’s still a long way to go in reforming the armed forces, Ukraine’s army now numbers over 260 thousand soldiers and is believed to be the biggest land army in Europe. A civilian defence network has been developed in every region. It should be able to supplement the army with an additional 130 thousand reserves in case of emergency.

And yet: even if the threat has been here for the past 8 years, this time it does feel different. For example, even though the economy seems stable for the time being and no major companies or investors are leaving Ukraine, most have developed an ‘invasion protocol’, just in case.

From a military perspective, what is left to do in the case of a full-scale invasion is quite clear to many Ukrainians: defend yourselves. And the truth is, Ukrainians are eager to do so. According to December polls from the Kyiv International Institute of Sociology (KIIS), one in three Ukrainians are ready to defend their country in case Russia moves further in.

But what if it doesn’t? Keeping one hundred thousand troops at Ukraine’s door, sabre rattling, and pressuring and undermining Ukraine’s democracy has been Russia’s long-term strategy. And although this time the stakes are higher than they have ever been before, it’s hard to say a full-scale invasion is inevitable.

The reality is, polarization and distrust destroy societies without a single shot being fired in the first place. After eight years of war, with Russian social media and television channels banned in Ukraine, Russian propaganda still finds ways to infiltrate the public sphere.1 Its grand narrative, that Ukraine is a failed state ruled by the malign West, resonates with some people’s underlying worldviews, which may develop into conspiratorial thinking and general distrust.

This is why improving social cohesion and civil participation should be treated with as much urgency as improving the army. According to numerous polls, Ukrainians’ general distrust in the media and state institutions is counterbalanced by strong support for civil society and volunteers (in addition to churches and the army, which also have the population’s long-standing trust). This suggests there’s a vast array of possible initiatives to foster that cohesion and participation.

It’s important we develop a plan to give people a genuine feeling of agency – a feeling which, by the way, is exactly what Ukraine as a state needs while the rest of the world discusses its fate.

See PIJL Arena research on Why Conspiratorial Propaganda Works and What We Can Do About It: Audience Vulnerability and Resistance to Anti-Western, pro-Kremlin disinformation in Ukraine.