Annual journal ‘NAQD’ studies social housing policies under pressure, including: Algerian segregation and slums due to a wealth gap; the insidious sale of public projects in Iraqi Kurdistan; and India’s imbalance between burgeoning middle-class off-plan projects and affordable homes.

In this most recent edition of NAQD, writers take social housing policies in the Maghreb, Mashriq and the Global South to task.

Both Algerian and European Algerian accounts of several housing projects, based on ill-devised racial and cultural guidelines, ‘allow us to really understand what urban development and new forms of housing do to individuals,’ writes Guillopé.

Given population growth and rural migration, Guillopé considers the thorny issue of housing allocation and urban/suburban slums. An ‘extraordinary difference in income between Algerians and Europeans’ leads to ‘processes of separation in cities,’ notes Guillopé, emphasizing the ‘desire of many to keep their distance from other “communities”’. Replacing the term ‘indigenous’ ‘with “Algerian” may do away with colonialist vocabulary but does not convey the texture and meanings of social experience.’ 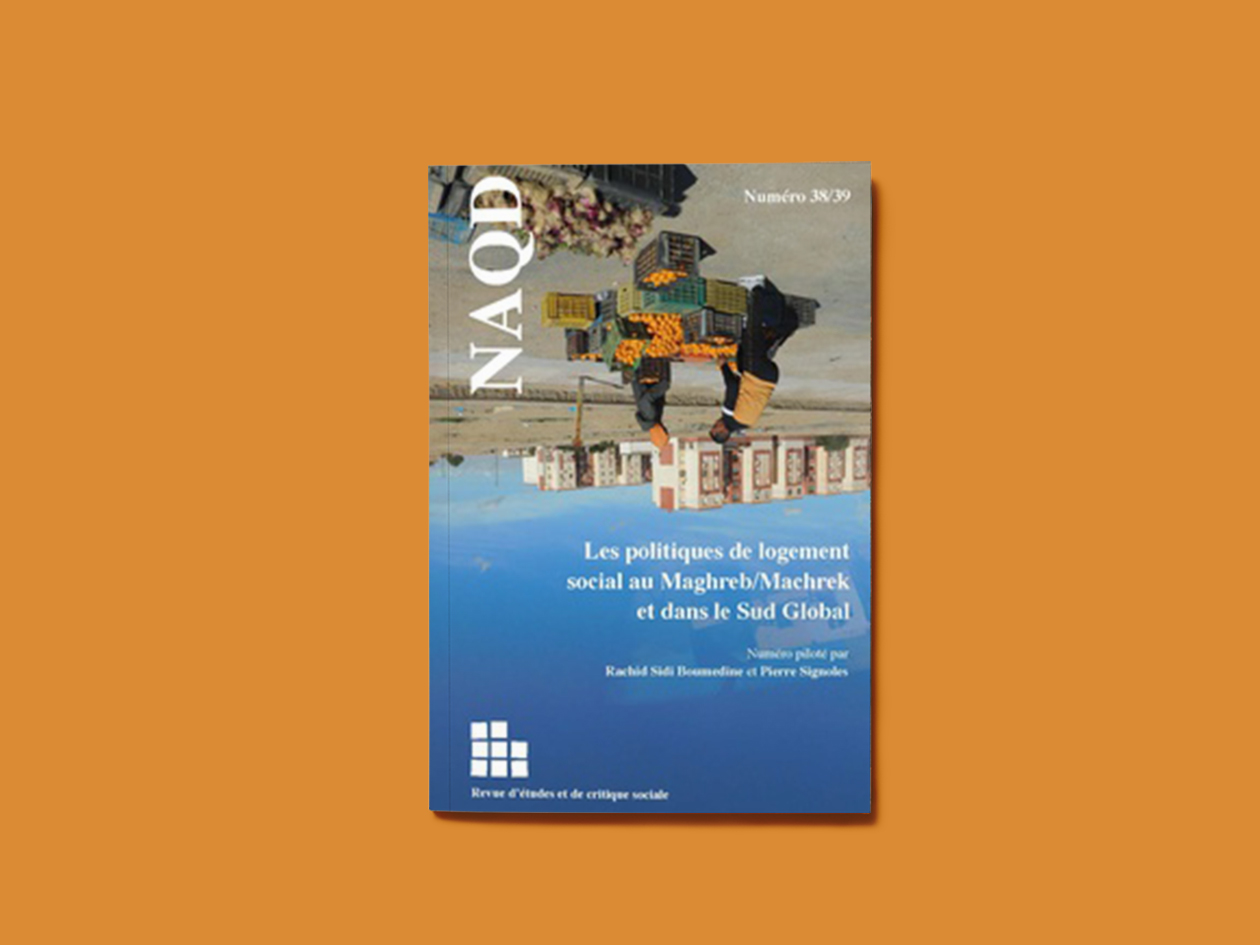 Cyril Roussel tells of the Government of the Republic of Kurdistan’s frustrated ambitions to build housing for the least well-off. Projects based on problematic financing and attribution mechanisms have turned ‘low-income recipients into property owners rather than address the lack of suitable apartments and poor-quality housing,’ writes Roussel.

Specific examples of rare successful projects – completed in the ‘golden decade’ from 2004 to 2014 – contrast with the abandonment of social housing provision by 2018. The effects of regional geopolitics, civil war, the Islamic State and the price of oil have all had their impact. In particular, Roussel points to regional authorities that ‘tended to favour prestigious mega-projects in order to attract foreign investors.’ Incomplete – and now private – housing projects are hidden in plain sight.

In the shadow of developers

Rémi de Berçegol, Bérénice Bon and Karen Lévy survey the effects of housing policy in India since the 1980s. Land reform, ready credit and, from 2001, a more liberal attitude toward foreign investment benefit private developers. Most profitable are off-plan dream homes for the burgeoning Indian middle class rather than affordable homes for the country’s poor.

One case-study shows how local landowners operate differently from corporations yet ‘do not hesitate to reduce the costs of design and construction.’ In addition, under-funded administrations often fail to provide basic sanitation services, leading to uncontrolled use of groundwater and health risks. India is witnessing the creation of ‘fragmentary urban development with no links between towns,’ warn the authors.

This article is part of the 11/2021 Eurozine review published in cooperation with CAIRN International Edition, translated and edited by Cadenza Academic Translations.

The world system after 1945

1968 as world revolution and beginning of the end for the twentieth-century superpowers: Immanuel Wallerstein on the logic of global history from the Yalta Conference to the Second Iraq War. Based on a lecture given at The Vienna L’Internationale Conference, 27 October 2010.

Lives on the line

Rather than concede the unpopularity of the wars in Iraq and Afghanistan, the British government has retreated to higher ground to persuade the electorate of its patriotic duties, writes Vron Ware. A language of sacrifice and heroism serves to exclude those who oppose the wars.