Literary and cultural magazines carry far fewer essays by women than by men. This has to do with the essay form itself as well as engrained male dominance in editorial processes, argues Lena Brandauer. Quotas for women in literary and cultural publishing are a feasible solution.

The German Pirate Party announces the dawn of the “post-gender” age; the chairman of the Frankfurter Börse complains about “discrimination against men”; the journalist Birgit Kelle argues that quotas for women are a restriction of individual freedom. In social discourse, the politics of sexual equality continues to be disparaged. Its advocates often find themselves being heavily attacked and quickly labelled as “frustrated”. In Germany and Austria, the media discussion on quotas for women often gives the impression that equality has already been achieved and has even tipped the other way, against men. However statements such as the aforementioned ignore the fact that andro-centric mechanisms still pervade (often unconsciously) the deepest layers of social life.

Literary and cultural magazines aren’t exempt either. A quick glance at the German-language magazine landscape is enough to confirm that publications by men are clearly in the majority. The discrepancy is especially noticeable in the essay genre. While female authorship of fictional texts stands at roughly a quarter, in essayistic magazines and dossiers there is often only a single contribution by a woman, if at all.

How does this imbalance arise in what are otherwise self-reflective cultural magazines? And why is it particularly glaring in essayistic texts?
The problem partly lies at the structural level: many magazines still have predominantly male publishers and the editorial work is usually divided along traditional gender lines. The background administrative work tends to be handled by women while the editorial work, i.e. what the public sees, is done by men. This has a direct influence on the choice of texts. Whether consciously or not, male publishers operate in male-based networks, which in turn influences their horizon of knowledge and perception. If a particular topic is to be addressed, then the probability of a man being chosen to write on it is much higher. 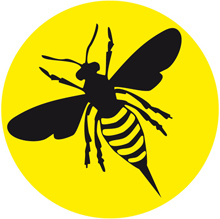 One reason for the male bias in essayistic texts can be found in the essay’s relations of production. Despite its high prestige in the literary field, the essay, compared to literary production as a whole, is a marginalized genre. Literary and cultural magazines publish many more stories and poems than essayistic texts. Because of its precarious position between literary and scientific writing, essay production often fails to obtain funding from literary or academic organizations. At the same time, essay writing requires in-depth research and conceptual precision. Quality can only be achieved if the necessary free time exists. This, in turn, is connected to a certain degree of financial independence. Since only the small minority of authors can live from their writing alone, most rely on public funding and additional jobs. Authors are subject to the same labour market conditions as employees in other fields, and these conditions are different for men and women. In the German-language speaking countries, men’s and women’s earnings still differ by 20 per cent. Alongside one or more part-time jobs, many women also take on a large share of family tasks. In other words, for women authors it’s more difficult to meet the (temporal-)economic requirements of the essay genre.

On top of this comes a gender-based discrepancy connected with the speech situation of the essay. In grammatical terms, the first person speech position with which many essays operate has no gender connotations. The first person pronoun can be claimed unconditionally by anyone who wants to take part in a linguistic exchange. However the grammatical can’t be separated from the contextual. One of the generic conventions of the essay is that it expresses an empirical (i.e. non-fictional) I. This I is not gender neutral, but bears the imprint of the writer’s gender. Other genre-constitutive features of essayistic writing, such as the form of the opinion piece and the connection to a socially relevant topic, traditionally also have male connotations. All this can have various effects on how female authors are seen, as well as how they see themselves, and hence on the production of the text. Clearly, society as well as women themselves still don’t believe that women are able to take a public stance on political subjects.

In connection with cultural magazines, the call for the introduction of a quota for women is anything but anachronistic. On the contrary, it remains as timely as ever. What we need are fair, i.e. balanced, working relations amongst men and women at all levels. In particular, we need more women essayists. In order for this to happen, editors and publishers need to become conscious of the gender-based stereotypes and blind spots that influence their decisions. Female authors, meanwhile, need to shake off social attributes and roles and develop a more radical essayistic I. The media presence of gender political topics is able to contribute significantly to this awareness-raising process, while quotas for women represent a feasible interim solution. Desirable would be a German language magazine landscape in which the “competence” of women – regularly cited by opponents of quotas to justify the absence of women in public positions – is finally made more visible and supported.