Journalism is steadily becoming less and less liveable, due to structural problems and political interference. From heroic poses to varying degrees of denial, each professional develops their own individual strategies to cope with sustained pressure.

Our publishing doesn’t usually focus on authors’ personal issues, but the tectonic changes in media and the crisis of a century have forced us to look at the problems facing media workers, writers and researchers. We’ve spoken a lot recently with journalists, editors and academics about the strategies they employ to cope with political and economic pressure, how they get through lockdowns and what they do when professional alleys tighten. 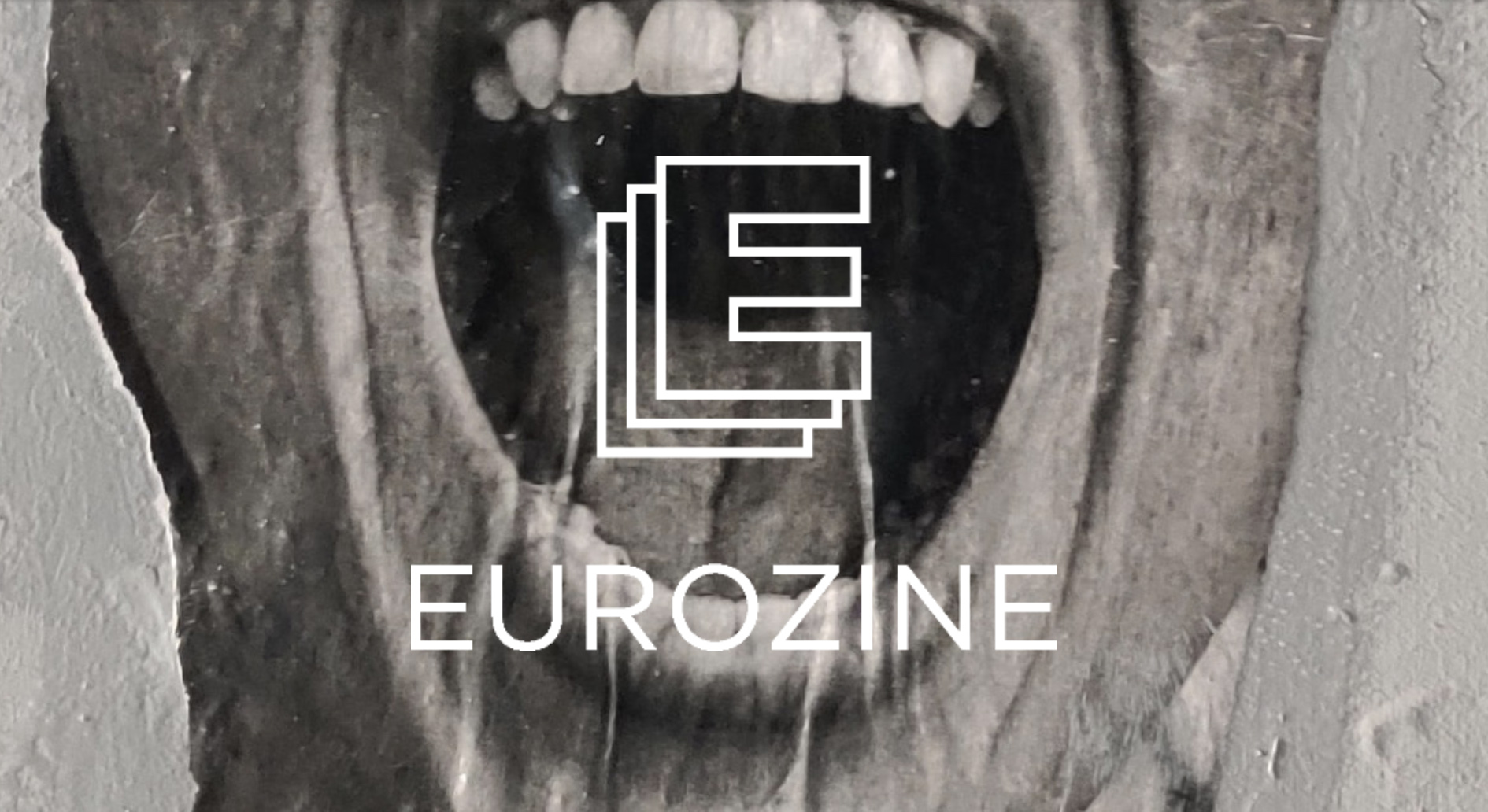 Photo by Thiébaud Faix on Unsplash.

Not too keen on musing the self

Admittedly, some of our conversation partners simply hate talking about themselves. The Zagreb-based Turkish writer Ece Temelkuran said as much in our discussion at the 31st European Meeting of Cultural Journals, which you can watch and read in Eurozine. She decided to leave Turkey in 2016 after the coup attempt which, as Temelkuran says, turned out to be the opportunity of a lifetime for Erdoğan’s repressive administration to tighten its grip. A journalist and author of numerous novels and short stories, she had been telling other people’s stories her whole life. Now, she’s only asked about her story – a request that she feels reduces her to the trope of the woman who needed to be rescued from the ‘barbaric Orient’.

Russian investigative journalist Irina Borogan also has a problem with lionizing herself. She said she never thought she would have to leave Moscow, until her co-author and partner Andrei Soldatov was declared dead last year by authorities so to withdraw the media license of their website Agentura.ru, a long-standing watchdog on the Russian secret services. They took the opportunity of a fellowship at King’s College, London, to keep working on a new book, which they had already gathered most of the information for before leaving.

Writers’ retreats often feel like ‘time out of time’. Having to settle in during lockdown obscured the experience further. Borogan still doesn’t feel like the heroic émigré we all know from literary stereotypes. Whether this is the result of specific circumstances, or an inherent problem with the trope itself, is worth further exploration.

Hungarian editor György Kerényi isn’t known for nursing his wounds either, even though he has left multiple positions as editor-in-chief when political interference became unavoidable. Now he’s senior correspondent of Radio Free Europe Hungary, the legendary radio station of Cold War times reanimated now that independent journalism and free press are, once again, threatened in the region.

Kerényi’s career embodies three tumultuous decades since the fall of state socialism in Hungary, but he isn’t a fan of talking about himself. Despite his adaptivity and determination, he admits that the classical journalism curriculum did not prepare him, or his peers, to deal with extreme polarization and media repression. In a country where the central administration has gobbled up most media operators and burnt up the middle ground, the journalist who is socialized to remain impartial has no place left to stand. Merely not siding with the powers that be automatically renders them opposition figures and freedom fighters – a label many of them don’t aspire to. He finds most people consume news for entertainment, a function that differs drastically from the intended purpose of reporting.

The medical benefits of navel gazing

But why make these people discuss something they don’t like to focus on – their feelings and experiences? Well, in certain circumstances, navel gazing has its advantages – and not only as a laparoscopy. Right now, in this field, as with many others, hardship is pervasive and is around to stay. The tendencies are long-running and potential solutions need systemic reflection. In the time it takes to solve these overarching issues, those trapped in this occupation’s calamity also need to find ways to maintain their sanity and their humanity. Also, their work, when possible.

Since the 2008 financial crisis, media fields have lost a significant portion of their financial support. In the time it took to rebuild, tech giants had gathered unreasonably huge chunks of advertising business. They capitalized on the shortcomings of patchy digitization in journalism, weak consumer cultures and the temporary paralysis of a profession that relied too heavily on ad revenue. For journalists and content creators across the board, pressure has been building up ever since. Industry lingo mirrors the inherent dishonesty of these processes: ‘integration’ usually means layoffs; ‘dynamism’ means a churn-and-burn work culture. The disparity between established professionals and newcomers has increased; it has become harder and harder to make a living in the mid-range of the profession. While many opted to leave journalism and ended up in other fields of communications, others have turned to self-publishing, only to find themselves extremely dependent on the platforms they use, while having none of the benefits or protections that classical employment used to mean. The gig economy promised them freedom, self-determination and a connection to the masses but has let them down as much as it has let down rideshare drivers.

This isn’t a bid to pity media workers because they have had to endure change; everyone has – this is the nature of human society. The colloquial ‘olden days’, when cultures, power structures and routines would stay the same throughout a person’s full lifespan, are an illusion produced by historical extrapolation. The point I’m making here isn’t how tragic it is that things have turned and shifted in the past decade or so, it’s that the media worker’s life has worsened recently. Admittedly, this is true of many professions and classes, but few are surrounded by the kind of fake glory journalism has gathered. Independent journalism is lionized and mythologized, which ultimately ends up making life much harder for all those who cannot identify with these patterns, especially those who don’t necessarily end up winning their battles.

The patterns we create, the tropes we reproduce

In an earlier conversation, we talked with Budapest-based media students, most of them studying at our partner institution ELTE Média. They talked about their expectations and experiences, some having already started their careers alongside university, others yet to work professionally in the field.

In a country where most independent media outlets have already been supressed, the youngsters we talked with are understandably gearing up for combative circumstances and developing strategies to deal with disproportionate pressure, hate campaigns and smear attempts, whilst dealing with general unemployability. It is more surprising that most of them   seemed to avoid addressing the toll these circumstances will take on them personally. It’s not that they don’t see or recognize these impacts – it’s that they have learned to perform as if the mental weariness and hurt doesn’t affect them.

Flóra Dóra Csatári says she relies on her colleagues’ support and generally isn’t affected by direct threats. Dávid Malatinszky seems to hide behind his camera. Kamilla Strausz hopes to find a place under the sun in research and analysis instead. Only one student spoke openly about her personal concern of starting a family as a journalist: Anna Szilágyi is considering which field within reporting might be less prone to ideological attacks. Neverthess, they all recognize the discrepancy that in female journalism students outweigh male peers, and yet women are vastly underrepresented in political journalism.

Each player will clearly choose their own coping mechanism under sustained pressure. Collective and strategic action is crucial for meaningful change, however, these also come with individual prerequisites. Simply put, people need to maintain themselves and their dependants while attempting to fight the good fight. For some, it’s by denying the fight itself. For others, personal connections make all the difference. Some may choose a heroic stance, offering a temporary shield from personal upset. Many go around in circles, trying different ways to adapt.

The reason we, at Eurozine, have dedicated such thorough attention to these individual stories is because such choices are crucial, and they come with a responsibility: to offer something honest and truly doable for peers as well as for up-and-coming professionals.

With circumstances worsening in journalism, especially in news reporting, probably only the most dedicated will remain in the field. Nevertheless, many of those most dedicated will still drop out simply because they cannot afford to not make a living, burn out because they don’t already have support systems, or end up paying a very high personal price for staying on the path they have chosen. A sincere discussion is needed for journalism to transform into a more liveable path.

This editorial is part of our 12/2021 newsletter. Subscribe to get the weekly updates about our latest publications and reviews of our partner journals.

The crisis has caught up with us, and now we’re asking our readers to invest in Eurozine to help us get through an exceptionally lean year in 2022. Eurozine has been offering outstanding content for free for over 20 years. Your support is crucial to maintaining this work and we are offering exclusive articles, recordings, events and merch to our patrons.