‘Sweatshops’ are usually associated with labour outsourced to east- and south-east Asia, but they exist inside the EU too. Gruelling working conditions in Romania’s low-pay garment industry, which supplies clothes for mid-market and luxury retailers alike, force many people to go abroad in search of a real living wage.

Most western consumers are familiar with stories of exploited south and south-east Asian garment workers while at the same time believing labels saying ‘Made in the EU’ mean the same thing as ‘Fair Trade’. It might, then, come as a surprise to discover that Romanian manufacturing workers are in a similar position, making clothes found in both discount and luxury fashion outlets. Many others prefer to leave their homes and families behind in search of a better life.

In 2015, I started investigating labour conditions in eastern European garment factories, especially Romania, and worked in one to experience it for myself. Publishing my findings led to a backlash from the national authorities and a few brands; I was harassed and even sued by one of Romania’s biggest factories for revealing my sources, though the lawsuit was eventually withdrawn.

I understood why many workers refused to talk to me; they feared that they would be fired.  Some agreed to speak nevertheless, and their stories were similar all over Romania and Bulgaria. Dozens told me how people faint because of the heat and hard work, facing insults and intimidation from supervisors, impossible quotas, and the struggle to make ends meet due to low salaries and late or even no pay. These findings are also common in research by NGOs like the Clean Clothes Campaign. 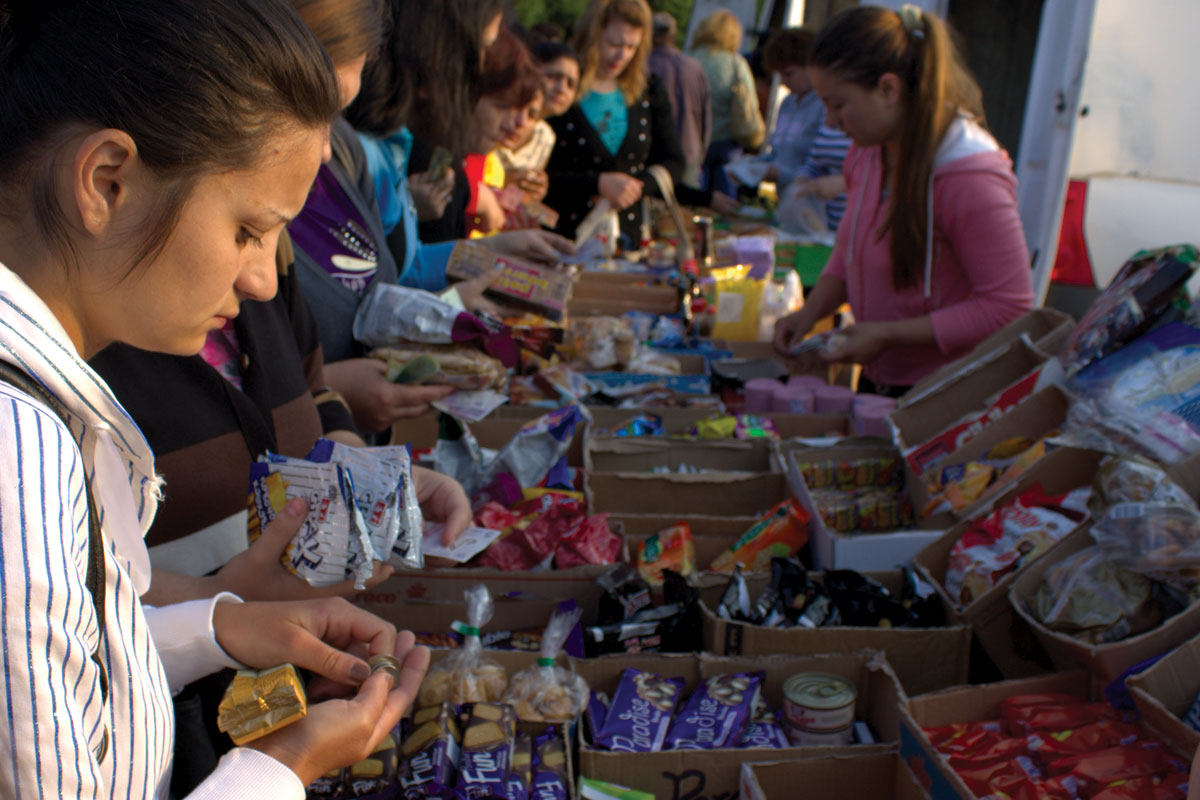 Thirty-three-year-old Cristi Deseanu worked in four Romanian garment factories before deciding to leave for the UK, despite having no qualifications. In his early twenties, faced with few job prospects, he started working at one of the biggest such enterprise in his region; this was around the time Romania joined the EU.

The Italian owned company produced clothes for dozens of mid-market to high-end international brands. Cristi saw sweaters knitted from fine golden thread. Workers were required to carefully put the remaining threads in small plastic bags to minimize waste. He recalls seeing suits worth almost 2000 euros, an amount it would take one garment worker more than a year to make.

This job lasted until April 2014, when he was fired for taking part in a spontaneous strike triggered by employees who did not receive their salaries. I found official factory documents confirmin g Cristi’s story – sometimes factories distribute this kind of information among workers to make an example of people fired for protesting, discouraging future unrest.

At that time, Cristi had a net monthly salary of 240 euros as a factory mechanic; he lived with his parents as he could not afford to start his own family. To put that in perspective, ordinary garment workers received only 150 euros, the legal minimum salary, and there were months when he received as little as 130 euros.

After being fired, Cristi found a job at a smaller garment factory where he earned even less, before finding a better paid job in another city, this time at a factory producing for high-end brands. It was open twenty four hours a day, seven days a week. Cristi would earn about 550 euros a month, but, he says, most garment workers were still paid the minimum wage. This is confirmed by two garment workers and a former manager. 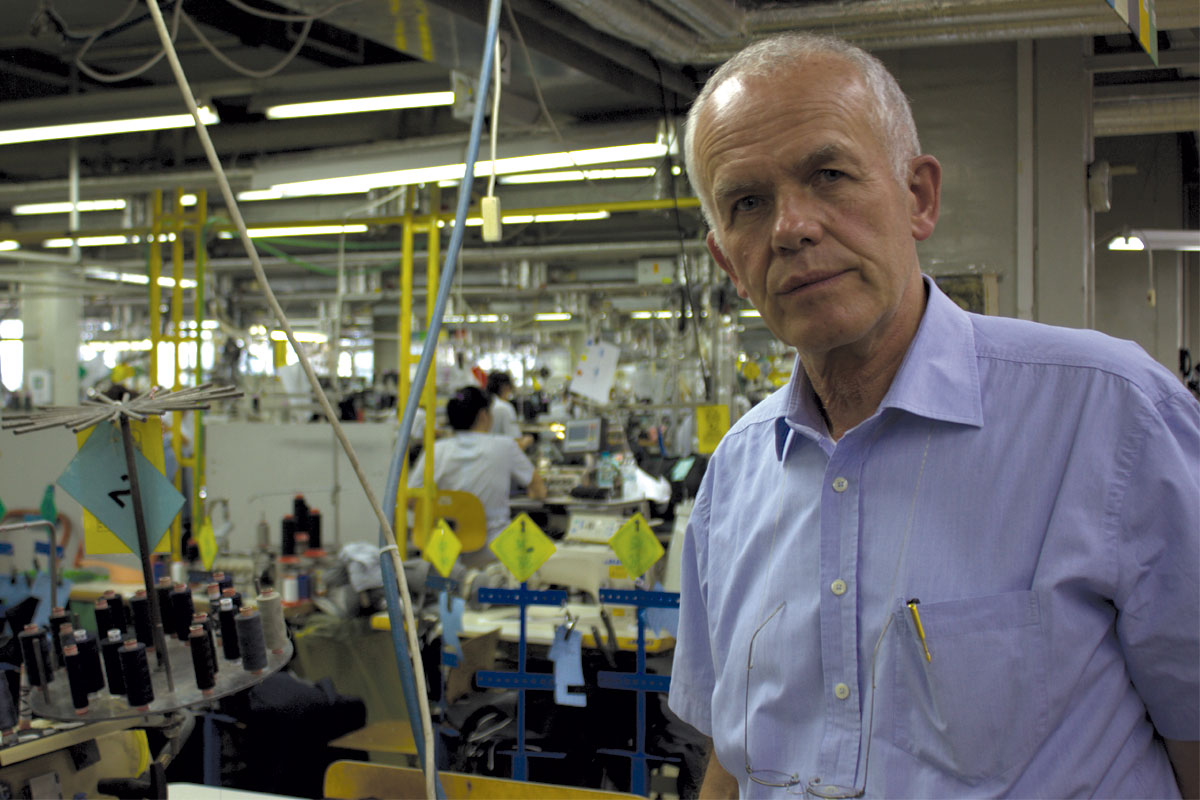 As of 2019, there are over 180,000 people working in the garment industry in Romania. Most are paid the legal minimum wage. This has increased to around 250 euros in recent years, but it is still below the estimated living wage. In Romania, according to the Institute for National Statistics, the average cost of a household is currently 1170 euros per month, but the government does not calculate an official living wage. By comparison, in 2018, the average salary of a Chinese garment worker was 270 dollars per month but can be more than 500 a month in some regions.1

When a sector relies on cheap labour, it does not lead to sustained social-economic development, says Cornelia Staritz, Professor of Development Studies at the University of Vienna. In many countries, apparel production is among the main sectors in an export-oriented industrialization process. ‘Because the technologies are quite standard, Staritz explains, ‘it is very labour intensive, so low wages are important, and countries can use the sector as a start to develop higher value-added activities’. Afterwards, more capital-intensive sectors with links to apparel, such as textiles, can be developed.

In Romania, things went backwards. In 1989, the country had both capital- andlabour-intensive activities in the ‘textile-apparel complex’. After the fall of communism, the more capital-intensive textile sector was forced out of business. The deal was that Romanian factories produced apparel for western buyers under specific trade preferences, using textiles initially sourced from western European countries. So the Romanian textile industry became increasingly reliant on apparel assembly, which mostly generated low-paid jobs. Low salaries are now one of the main reasons Romanians are migrating to western Europe.

After a while at the new factory, Cristi started being put exclusively on the night shift. He says he was asked to stay in the factory from 9PM to 8 or 9AM. He refused. ‘The schedule was unbearable’ Cristi remembers, ‘I felt tired and dizzy. I was “done”, as they say’.

He quit his job after a phone conversation with the manager, who verbally abused him. ‘After I handed in my resignation, I expected the owner to call me to find out what happened, but it never happened,’ says Cristi.

Cristi told me these stories next to the construction site where he currently works at Nine Elms, London, the site of one of Europe’s biggest regeneration projects, building 18,000 homes. Cristi considers himself lucky to be able to work here, especially since his first London jobs were either illegal or gruelling work that paid just enough to make ends meet.

According to an OECD study, the UK has become the second most likely destination for Romanian immigrants, after Germany.2 Romania has a higher emigration rate than Mexico, China, and India, says sociologist Dumitru Sandu, with an estimated 17 per cent of Romanian-born citizens currently living abroad. As part of European research program Ymobility, Sandu found that almost half of the Romanian youth aged sixteen to thirty-five say they have made plans for leaving the country.

Cristi says he does not plan to return to Romania any time soon. He will most likely move to Germany, where his girlfriend is working. She was a garment worker in the same factory, but refused an interview, saying she was too affected by the working conditions at the factory and did not want to recall them. Cristi has former colleagues from all over the world who were willing to speak to me, though.

Silvia (pseudonym) endured the working conditions at the factory that fired Cristi for three more years. She saw colleagues crying in the manager’s office asking for their salaries as they could not feed their children. She confirmed the stories about women fainting and constantly being insulted.

Silvia lived in a two-bedroom house with her partner, son, and mother in law. She was the only one working full time, so found herself in a desperate situation when, at the end of the month, she did not receive the money she worked for. In the six months prior to our first conversation, she only received a total of around 340 euros. But she considered herself lucky, as she did not have any bank loans and could grow vegetables in her garden.

After I revealed these problems, the authorities fined the factory in question. Some brands also said they would help the factory improve working conditions. Several workers told me this was true for a while: salaries were paid on time – people even received meal tickets – and nobody insulted them anymore. But the situation declined again after several months, Silvia says; she decided she could not afford to wait anymore and decided to leave abroad. The last time we spoke, she was happy in Italy. She felt respected. She was one of the lucky Romanians working abroad.

Most Romanian workers I interviewed told me that leaving was their last option. They did not emigrate enthusiastically, feeling torn because they left their families and homes behind. They felt pushed away by the lack of money and, even more, by the lack of respect from their country.

Some studies showed that receiving just a few cents more per piece of garment could make a real difference when it comes to workers’ salaries. Perhaps consumers would be willing to pay a bit more for a piece of clothing, knowing this would offer a living wage for an unknown worker in a distant country. But no one asked them. Factories continue to fight among each other for offering the lowest prices to the brands, while increasing numbers of workers decide they are not willing to play this game and leave abroad in search of a better life. 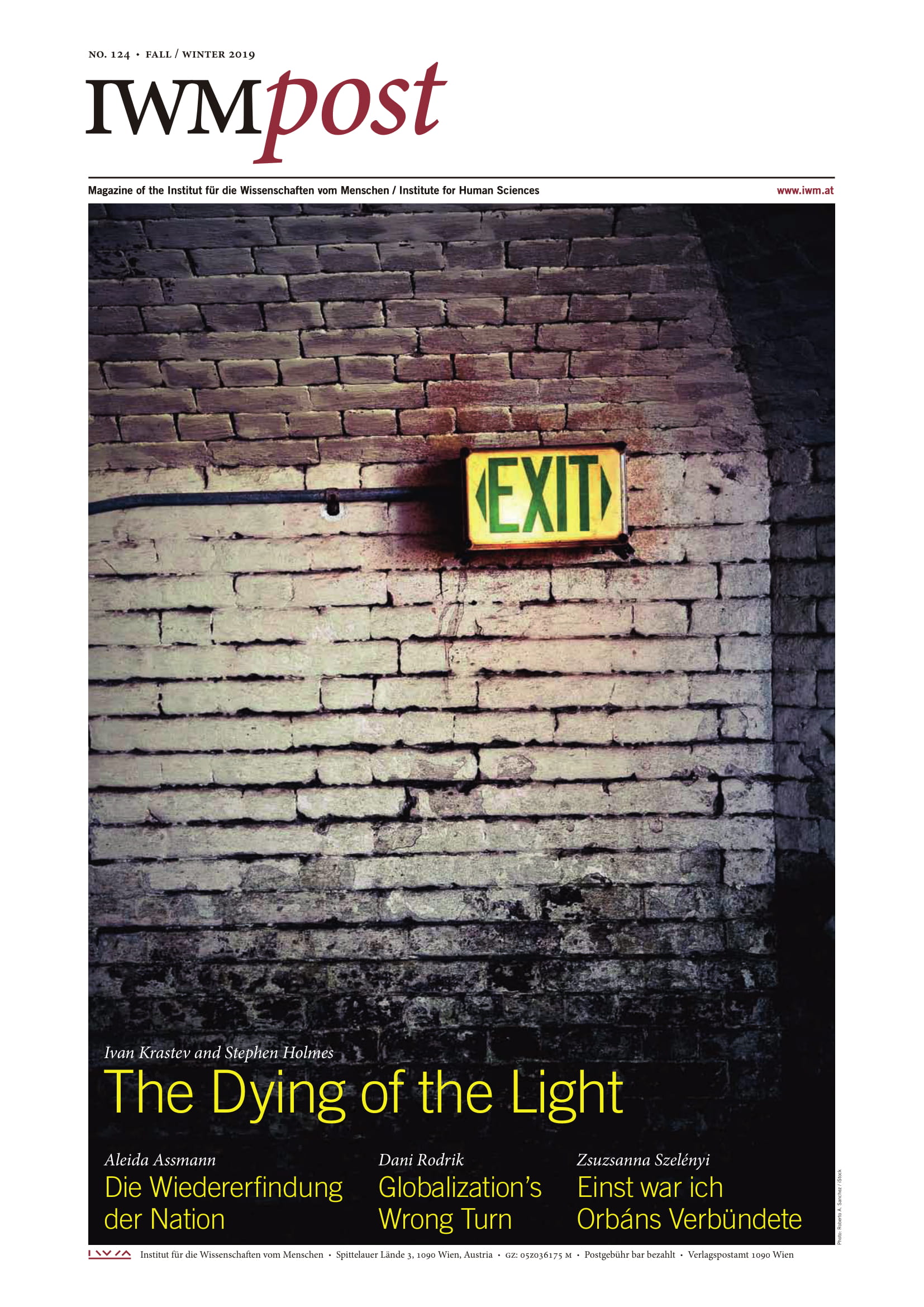 Sheng Lu, ‘Wage Level for Garment Workers in the World (Updated in 2017)’