Ukraine, the EU and the Tymoshenko case

The Ukraine-European Union summit, originally planned for 19 December, was to have brought talks on an Association Agreement between Ukraine and the EU to a conclusion. However the conflict over the prosecution of Yuliya Tymoshenko has endangered the process, raising serious doubts about the European aspirations of the current Ukrainian leadership. The country’s future hangs in the balance, writes Tatiana Zhurzhenko.

The events that have unravelled in post-Orange Ukraine – the curtailment of democratic freedoms, the court case against Yuliya Tymoshenko, the growing international isolation of the Yanukovych regime – have generated a flood of journalistic commentary. What surprises most in all this is the absence of any reference to former president Viktor Yushchenko. As if it had not been Yushchenko whom the West celebrated in 2004 as a true democratic leader; as if Ukrainians had never vested their hopes for democratic reform, for fight against corruption and for European integration in him. Media coverage of Ukrainian politics, especially in the West, has relegated the final act of the Orange Revolution drama to the conflict between Viktor Yanukovych and Yuliya Tymoshenko. The roles seem clear and the plot follows a classical pattern: a political star and former opposition leader, now behind bars; an anecdotal president, who seems to live up to the worst Cold War stereotypes about Soviet officials; the vengeance of the oligarchs. But no one appears to remember his predecessor, maybe because it is just too embarrassing. Looking back, neither the Ukrainians nor the country’s sympathizers in the West had imagined that Viktor Yushchenko would gamble away the moral capital of the Orange Revolution.

In fact, Yushchenko has almost disappeared from public life and very seldom speaks out on current events. When did he last do so? Not surprisingly, when the court denied Stepan Bandera the posthumously awarded title of Hero of Ukraine.1 He also provided a brief commentary on the conviction of Tymoshenko, saying that it was fair and the case did not have any underlying political agenda. 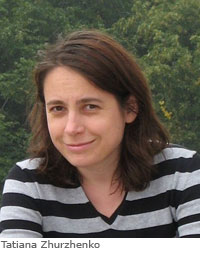 In Viktor Pelevin’s latest story, an overly religious and trusting President Bush believes that God himself has spoken to him. Bowing to His instructions, Bush launches America’s disastrous war against Iraq. But in reality “the voice of God” emanates from the president’s tooth, where skilled KGB operatives have installed a miniature radio. We do not know whether Viktor Yushchenko ever heard voices, but he unquestionably belonged to the category of presidents who believe that they have been chosen by God to perform a mission. His role, as he perceived it, was to lead his people out of “Egyptian bondage” (the Russian yoke) by awakening Ukrainian national memory, which had been repressed for decades by the communist regime. Some Ukrainians still think that we will be able to appreciate Yushchenko’s contribution to national revival only decades hence. In the medium term, however, Yushchenko’s policies have split Ukrainian society, compromised the liberal Right, weakened the Ukrainian state and made it more vulnerable to external pressure, particularly from Moscow. It seems forgotten that it was thanks to Yushchenko that a mysterious company named RosUkrEnergo made its first appearance in the gas deals between Ukraine and Russia in 2006. As it transpired later, the figure behind this company was the Ukrainian oligarch Dmitry Firtash, who became Tymoshenko’s mortal enemy after she successfully tried to shake off intermediaries in 2009 when negotiating with Gazprom.

As one Ukrainian journalist remarked recently, in gas-related issues everyone is an amateur. Who today could unequivocally say what is in Ukraine’s national interest? Relatively cheap gas through intransparent contracts with Gasprom enriching dubious companies, or expensive gas but without the middle-men? It is clear, however, that the independence of the nation and the capacity of the state to resist the economic and political challenges posed by its neighbour depend not on the number of monuments built to honour national heroes and victims, but on the democratic controlling mechanisms and the transparency of business practices. This goes especially for the gas business, highly sensitive area for Ukraine. Responsibility for the fact that nothing was done about this in the five year period of Yushchenko’s tenure lies squarely with him, as president.

In a recent article in Ukrainskaia Pravda, Mikhailo Dubniansky quite rightly remarked that whatever one may think of Tymoshenko one thing is clear: she was not imprisoned for anything she did while she was in power, but for losing that power. This has created a dangerous precedent which forces the members of today’s ruling elite to hold onto their positions harder than ever. The new rules of the game are: winner takes all, loser goes to jail.

It is hard to predict whether the Tymoshenko case will end in a compromise acceptable to all sides, whether Yanukovych will submit to external pressure coming from Europe, or whether the forces around him, which want (at the very least) to exclude Tymoshenko from the political game for ever, will prevail. After all, until recently Ukrainians were living in a country where there were more efficient means to deal with an inconvenient opponent than imposing a long prison sentence. It is quite possible that, while making provocative statements in court and publicly mocking her opponents, Tymoshenko herself did not understand what a serious turn events could take. In fact, her first short-term imprisonment late in the “Kuchma era” furnished her with political dividends and ensured her position in the front rank of the opposition. Perhaps Yanukovych himself could not predict all the consequences of Tymoshenko’s arrest, and as the adherents of a conspiracy theory maintain, he was provoked into taking this step by skilfully prepared information coming from people around him.

The fact remains, however, that Tymoshenko has been arrested and convicted, that she has been behind bars for over three months, and that Yanukovych has not made use of any opportunity so far to extricate himself from this situation and minimise the damage. And, with every month that passes, he will find it even harder to free Tymoshenko without losing face. Thus, Yanukovych himself becomes a hostage to the situation. There is a similarity here to the “Khodorkovsky effect”, which can be clearly observed in neighbouring Russia: as long as Khodorkovsky is in prison Putin cannot leave, and as long as Putin remains in power Khodorkovsky is unlikely to be released.

What does Yanukovych himself really want? Why doesn’t he respond to hints, open disapproval, or even pressure from Europe? Especially at a moment when the long awaited Association Agreement with the EU could bring his government political dividends and strengthen its position opposite Moscow? Why, after submitting to Putin in strategic political issues, does Yanukovych seem to be prepared to engage in a court battle with Russia over the gas price? Is he indeed, as Timothy Snyder suggests,2 blackmailing Europe with a rapprochement to Russia, while threatening Moscow with the prospect of joining the European Union? This would suggest that Yanukovych had returned to the notorious multi-vector policy that Leonid Kuchma pursued in his time. But maybe we should not overestimate the intellectual potential of the current president and the professionalism of his team. Perhaps Yanukovych simply suffers from a personal dislike of Europe, because it applauded his defeat seven years ago and because he gets caught out by linguistic gaffes every time he goes there. It may be that Yanukovych has learned something from Belarusian president Lukashenka: that the European Union doesn’t in fact possess any levers with which to influence the internal political situation. At the first positive signal from Minsk, the EU is prepared to forgive and start from scratch, and even buy out political prisoners. And anyway Yanukovych does not have any kind of political image in Europe, nor has he ever had one. He has nothing to lose.

While there was a political strategy behind Kuchma’s multi-vector game, Yanukovych’s foreign policy simply seems to be reactive. He gives way where the pressure is greatest, as occurred in the case of the Kharkiv agreements of spring 2010 that extended the Russian lease on naval facilities in Crimea beyond 2017 by 25 years. What can Yanukovych, who finds himself in growing international isolation, use to threaten Moscow after the window of opportunity for NATO accession has definitely closed? Even if the Kremlin is not particularly happy with the planned EU-Ukraine Association Agreement, it has no reason to worry as long as Yanukovych remains a weak president in a divided country. Last but not least, talk about Ukraine’s perspective for EU membership (which Kyiv would like to have included in the Agreement) today can only raise a smile. In 2005 a binding perspective of EU membership would have had an immense impact and could have even prevented the split of the Orange coalition.

The EU’s transformative power, which worked so well in eastern central Europe, seems to have come up against its limits in the “Eastern neighbourhood”, where the EU applies “a similar policy mix of dialogue, economic assistance and exporting the acquis, though all in reduced doses”.3 One can agree with Mykola Riabchuk that, in the 1990s, Ukraine differed little from the Balkan States after the fall of Communism: “With low levels of social trust and bitter political infighting, these countries were in desperate need of an external arbiter […]. Had the EU offered Ukraine long-term prospects of membership, the EU may have obtained an effective leverage for influencing Ukrainian politics and preventing Russia from filling the void.”4 Twenty years on, however, the situation in Ukraine is different. A new economic and political class has established itself and secured its power and profits through “state capture”. Ukrainian oligarchs are similar to the “Kremlin capitalists” albeit one size smaller. This class is not greatly moved either by gentle exhortations or severe reprimands from the West. As long as it has access to resources, it will maintain its grip on power with the help of a manipulated democracy, by bribing and dividing the opposition, and by exercising economic control over the media. But aren’t more mature democracies on the other side of the EU border also subject to such disease? Didn’t prime minister Berlusconi succeed in maintaining this style of rule for almost two decades?

It may be that the historic crossroads at which Ukraine stands today offers a choice between authoritarian dictatorship and corrupt capitalism – in other words, between Belarusization and Berlusconization. In Belarus, an impoverished Lukashenka, who has lost the support of Moscow, is increasingly forced to resort to brute force. He imprisons political opponents, breaks up peaceful demonstrations and terrorises the intelligentsia. Recent events in Ukraine make it increasingly similar to Belarus. And though Berlusconi’s model doesn’t seem a bright perspective either, it would be regrettable if the Belarusian present were to become Ukraine’s future.

‘New Eastern Europe’ dedicates its summer issue to Ukraine, including: Russia’s underhand colonization of the Crimean peninsula; the geopolitics of gas; and Odessa’s urban mismanagement.