The most beautiful fairytale of the summer has turned into Norway’s worst nightmare, writes Prableen Kaur, vice chairperson of the Oslo labour youth organization. She was attending the annual summer camp on Utøya when they were attacked by Anders Behring Breivik. This is her account given just hours after she escaped.

I’m awake. I can’t sleep anymore. I’m sitting in the living room. Feel grief, anger, happiness, God I don’t know what. There are too many emotions. There are too many thoughts. I am afraid. I react to every noise. I will now write about what happened at Utøya. What my eyes saw, what I felt, what I did. The words come straight from the gut, but I will still withhold many names out of respect for my friends.

We’d had an emergency meeting in the main building after the bombings in Oslo. Then there was a separate meeting for the members from Akershus and Oslo. After the meetings, many were still in and around the main building. We took comfort in being in safety on an island. No one knew that hell was about to explode around us too. 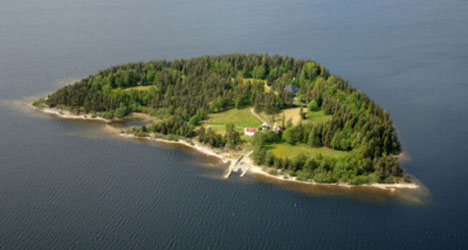 I was in the main hallway when panic struck. I heard shots. I saw him shoot. Everybody started to run. The first thought was: “Why is the police shooting at us? What the f***?” I ran into the small assembly hall. People ran. Screamed. I was scared. I managed to get into one of the rooms towards the back of the building. We were many in there. We were all lying on the floor. We heard more shots. Got more scared. I cried. I didn’t understand. I saw my best friend through the window and wondered if I should go out to get him. I didn’t have time. I saw the fear in his eyes. I remained lying on the floor in the room for a few minutes. We agreed not to let anyone else in in case the killer came. We heard more shots and decided to jump out of the window. Panic broke out among us. Everybody in the room rushed to the window and tried to jump out. I was the last and thought: “I am the last one to jump out of the window. Now I will die. I’m sure, but perhaps it is ok, then I know that the others are safe.” I threw my bag out the window. Tried to climb down but lost my grip. I landed hard on the left side of my body. A boy helped me up. We ran into the woods. I looked around. “Is he here? Is he shooting at me? Can he see me?” A girl had broken her ankle. Another was badly injured. I tried to help a little before continuing down to the water. I took shelter behind some sort of cement wall. We were many. I prayed, prayed, prayed. I was hoping that God could see me. I rang mum and said it was not certain we would meet again but that I would do everything I could to make it through. I told her several times that I loved her. I heard the fear in her voice. She cried. It hurt. I sent an SMS to my dad, said I loved him. I sent an SMS to someone else I love very, very much. We kept in contact for a while. I sent an SMS to my best friend. He did not reply. We heard more shots. Pulled closer together. Did what we could to stay warm. There were so many thoughts. I was so scared. Dad rang. I cried, said I loved him. He said he was on his way with my brother to get me when I reached the mainland, or they would come over to the island. There were so many emotions. So many thoughts. I prayed for what I was worth. Time passed. The others rang their parents but after a while we all sent texts, fearing that the killer would hear us. I thought about my sister who is away. How would I tell her what happened? What happened to me. I updated Twitter and Facebook that I was still alive and that I was “safe”. I wrote that I was waiting for police. People were jumping into the water, starting to swim. I neither ran nor swam. I can’t describe the fear, all the thoughts, what I felt.

A man came. “I’m from the police.” I stayed down. Someone screamed that he had to prove it. I can’t quite remember what he said, but the killer started to shoot. He reloaded. Shot more. He shot those around me. I remained still. I thought: “It’s over. He is here. He will get me. Now I die.” People were screaming. I heard that others were shot. Others again jumped into the water. I lay there. The mobile in my hand. I was on top of the legs of a girl. Two others lay on top of my legs. I lay still. Text messages were ticking in. The mobile rang several times. I remained still. I played dead. I lay there for at least an hour. It was completely quiet. I carefully turned my head to see if I could see anybody alive. I saw dead bodies. I saw blood. Fear. I decided to get up. I had been lying on top of a dead body. Two dead bodies were on top of me. I had guardian angels.

I didn’t know if he would come back. I didn’t have the courage to check all the text messages and missed calls. I hurried down to the water. Took my sweater off. It was big. I thought it would be hard to swim with it on. I tried to decide whether to take the mobile or not. I put it in my back pocket and jumped in. I saw several others in the water. They had swum a long way out. I saw that some of them had gathered around an inflatable boat or something. There were many who picked up those who were swimming away. I swam, swam and swam towards the air-thing. I screamed. Cried. Got cold. Wondered when I would drown. It got heavier and heavier. I prayed. I carried on. My arms got tired. Decided to turn over on my back and only use my legs to keep swimming. I sank. I started swimming normally again. Briefly, I thought those who had gathered around the inflatable boat were moving away. I screamed. Begged them to wait for me. I must have been seeing things. I swam at least a few hundred metres before I reached them. We talked a little. Introduced ourselves, told each other where we came from. When the boats passed we screamed for help but they picked up the swimmers first. A man in a boat came to us. He threw out several life vests. I got hold of one. Put it on. I held on to the small inflatable boat for a long time until the same man came back to pick us up. We all got in. He headed towards the shore. After a while the small boat started to take in water. I did what I could to get as much of the water out as possible. I used a bucket. I got tired. Another girl in the boat took over. We got to the shore. We were given blankets. The tears came. I cried more. A woman hugged me. It felt good. I cried loudly. I sobbed. A man lent me his phone. I rang dad: “I’m alive. I made it. I’m safe now.” I hung up. Cried more. We had to walk a short stretch. Complete strangers picked us up in their cars and drove us to Sundvollen Hotel. I ran in to see if I could find my best friend. I couldn’t find him anywhere. I saw a female friend. I was crying loudly. We hugged a long time. It was good. I wandered around looking for friends. My heart was pounding. I cried more. I registered with the police, looked through all their lists. I didn’t know if my best friend was alive. I went through every list. I couldn’t find his name anywhere. I was scared. I was given a downy. Took my wet socks off. I was half naked. Was given a jacket. I tried to get my bearings. Contacted my parents again. Dad and my big brother were on their way to collect me. I had some cocoa. Sat down. Thought. Cried. Saw more friends. Hugged them. Cried. Got to borrow a computer. Updated Facebook and Twitter again saying that I was now in safety. I stayed at the hotel for several hours before my family got there. I searched for people I knew. Talked to a minister. I told him everything I’d seen. It was a good conversation. A man from the Red Cross checked all my wounds. Cleaned them. Time passed. I was with some of my friends. Everybody talked about the same thing. How we had survived. What had happened. I asked several if they had seen my best friend. Nobody had seen him. I got scared. Thought it had to be my fault because we hadn’t managed to stay together. A girlfriend got a key card for one of the hotel rooms. We sat there, watched the news. It was anger, sorrow, so many feelings. Dad rang, they had arrived. I got in the lift. Ran out to meet them. Hugged my brother and dad for a long time. I cried loudly. My brother cried too. It was a good moment. I saw a boy who looked like my best friend. I called his name. He turned around. It was him. We hugged each other for a long time. Both cried, we asked each other how we had managed. After a while I checked out and we drove home. A few others got a lift with us. My best friend came with us. His brother was at my place together with his best friend. Several had gathered at my place. They didn’t want to go home until they had seen that I was ok. We talked a little. I drank a glass of juice. Ate a yoghurt. Talked a little more with mum and my family. I rang my best [girl]friend. It was a good talk. She said: “I wasn’t sure I would ever get this call.” The tears welled up. We talked for a bit. After that I went to bed. It was three in the morning. Mum refused to let me sleep alone, so we slept together.

A few hours have passed since all this happened. I’m still in shock. Not everything has sunk in. I’ve seen my friends’ dead bodies. Several of my friends are missing. I’m glad I can swim. I’m glad I live. That God looked out for me. There are so many emotions, so many thoughts. I think about all the next of kin. About all those I have lost. About the hell that is and was on the island. The most beautiful fairytale of the summer has turned into Norway’s worst nightmare.