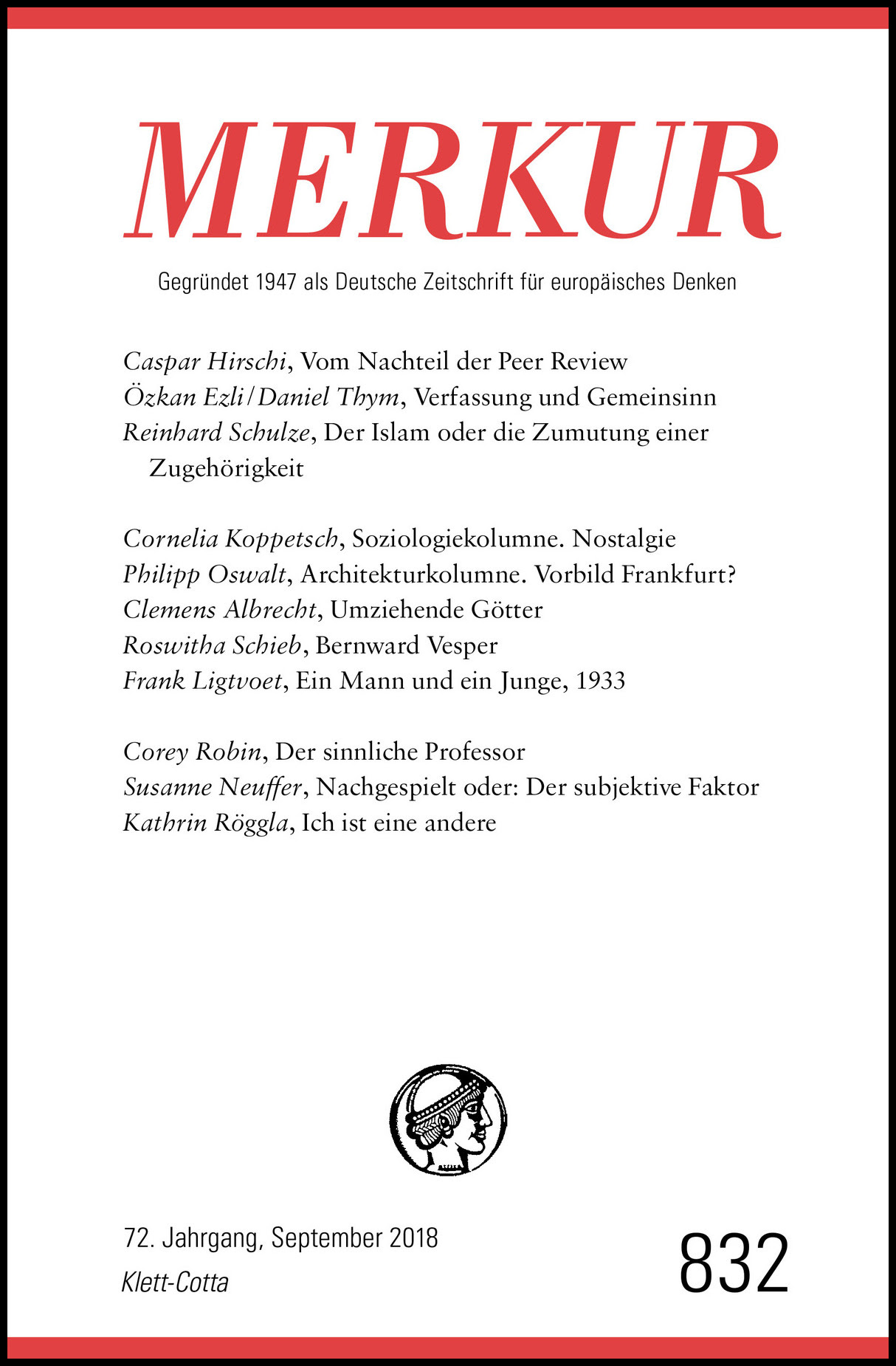 The rise of the populist right tends to be seen as a consequence of inequality and exploitation, combined with globalization and a transformation of the party system. According to this narrative, support for the right is motivated less by genuine conviction than by reaction to the identity politics of the left.

But this this explanation falls short, writes sociologist Cornelia Koppetsch in Merkur. First, the far-right has prospered in countries that were among the least affected by the effects of the 2008 financial crisis. Second, economically disadvantaged voters are not the sole or even primary clientele of the far-right. Third, the attraction of a politics of anti-immigration and nationalism remains unaccounted for.

Koppetsch instead explains far-right support as a reaction to the dominance of the post-industrial middle and upper classes, which have positioned themselves at the forefront of the knowledge-based capitalist economy, and whose neoliberal norms are entrenched by structures of management and work. ‘No wonder that the new protest parties express themselves less in terms a frontal critique of power but primarily engage with the emblems of cultural superiority’.

1968: Clemens Albrecht, author of a standard work on the Frankfurt School (‘The Intellectual Foundation of the Federal Republic’), interprets ‘1968’ in Germany as a revival of confessionalism. After the political ambiguities of the first half of the century, ’68 offered a binary coding between left and right. But ’68 was also a revival of other forms of religiosity, including the cult of rationality: ‘The god of natural law was replaced by the god of sustainability, deism by ecology.’

Roswitha Schieb writes on Berward Vesper’s novel Die Reise (‘The Trip’), the cult book of the German Left published posthumously in 1977. Vesper’s pathological lack of empathy, Schieb argues, was a product of the physical and mental violence inflicted on him by his father, the Nazi writer Will Vesper. But it was also typical of the student movement as a whole: ‘The fascistic, the evil, the objectionable was always to be found in others, never oneself. 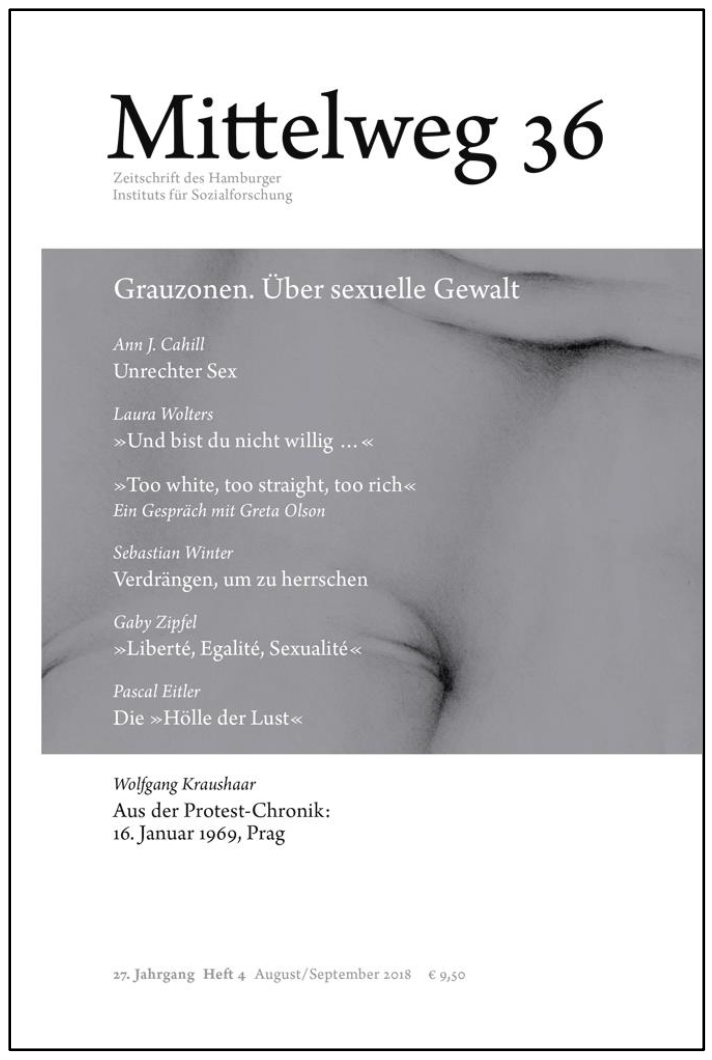 The longstanding taboo on sexual violence is increasingly disintegrating. Yet simplified dichotomies – between consensual sex and rape, between non-violent normality and its immoral, extra-legal transgression – still prevail. Contributions to the new issue of Mittelweg 36 discuss the complex relationships and ambivalent interactions that evade straightforward normative evaluations and established viewpoints.

Unjust sex: Feminist theorists have long critiqued the adequacy of explicit consent as a constitutive category in the definition of non-coercive heterosexual sex. However, in order to do justice to the ethical and legal grey zone between unwilling yet formally consensual sex, and outright sexual assault and rape, the concept of ‘unjust sex’ is increasingly used.

As Ann J. Cahill argues, unjust sex is sex that a woman is pressured into having, but in which her sexual agency still plays a role: ‘However we understand the contribution of the woman, whether as consent, surrender to the situation, or the decision to acquiesce with what seems inevitable or the lesser of two or more evils, it is still the case that she contributes to the situation.’

Sexual violence: The utopia of ‘Liberté, Egalité, Sexualité’ notwithstanding, violence and sexuality are not opposites but rather overlap and interconnect. Gaby Zipfel’s survey of literature on sexual violence begins with Jonathan Shay’s work Achilles in Vietnam (1995), in which the psychiatrist Shay interpreted the rape of Vietnamese women by US soldiers as the side-effect of the traumatization of the perpetrators. Feminists at the time, on the other hand, were arguing that the combination of sexuality and violence was a crucial element of patriarchy, and that the sexual relationship was always a relationship of power.

Yet attempts to locate sexual violence in states of exception, to reduce it to a mere instrument of power, ignore a crucial factor. This is the contempt for the libido of the victim, expressed in the fantasy of the willing victim (‘she was asking for it’). Recognition of this injustice is crucial, argues Zipfel.

Also: An interview with Greta Olson on the #MeToo debate; and Pascal Eitler on the brutalization of pornography in the 1970s and 1980s. 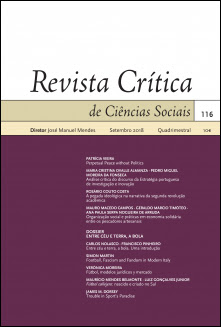 In Revista Crítica, historian of sport Simon Martin writes on the fascist history of Italian football (calcio) and its revival in the stands from the 1980s. Football and fascism have been linked since Mussolini’s regime restructured the game in 1926, moulding it to respond to the regime’s propaganda needs. Fascism’s intervention in football left an enduring mark, one that continued beyond the fall of Italian fascism in 1943, after which a victim myth established itself in football, as in society as a whole.

A further bridge connecting Fascist football of the 1930s to the neo-Fascism of the stadiums today was the period of intense and extreme political violence in Italy from the late 1960s to the early 1980s, writes Martin, where the politicization of the piazzas was transferred into the football stadiums. The ultras of Roma, Lazio and other clubs now incorporated directly fascist elements. But, while the Mussolini regime laid the foundations of contemporary football in Italy, its influence was not profound enough to explain the far-right’s re-emergence, which was instead a direct consequence of the weakness of the post-war Italian state.

World Cup 2022: The Gulf states, primarily the UAE, have long sought to discredit Qatar as host of the 2022 FIFA World Cup, writes James M. Dorsey, and in June 2017 declared a diplomatic and economic boycott. However, the closer we get to the start of the tournament, the more difficult it will become for the boycotting states to include the World Cup in their embargo without provoking the ire of fans, attracting negative media coverage and feeling pressured to concede. 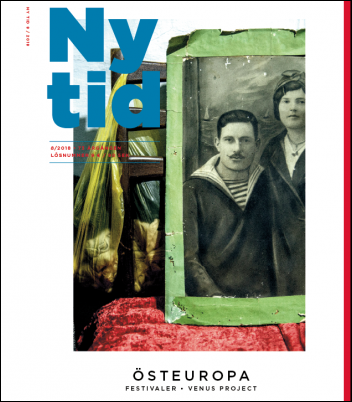 Against the backdrop of western fears of Russian neo-imperialism, Aleksandr Dugin is often presented as ‘Putin’s brain’. But how much influence does this demagogue actually have in Moscow? David Hallbeck paints a picture of a controversial academic whose ideas may be popular among the Russian public, but whose influence on the Kremlin is limited, at best. Putin is driven less by ideology than by pragmaticism, and is much more likely to form strong bonds with the very popular Orthodox Church than with a crypto-fascist like Dugin, argues Hallbeck.

‘The idea that Russia must have an official ideology is a remnant of the Cold War, and Dugin fits our western idea of an éminence gris. But these ideas only contribute to clouding our understanding of Russia’s real problems – like the failings of the judiciary and democratic institutions, problems that are wholly relatable from a western point of view.’

Moldova: Photojournalist Octavian Balea sketches the history of Moldova from the post-war deportations, through the industrial boom of the Soviet era, to the predatory capitalism of the post-Voronin oligarchy. He meets Gheorghe Olaru, whose family was deported to Siberia in in 1949 when he was two years old. Olaru returned to Chisinau and rose to become the director of the USSR’s biggest factory for tinned fruit – only to be stripped of everything he owned in a brutal credit scam in 2013, when 1.65 billion dollars mysteriously disappeared from the state-owned Bank of Moldova.

Estonia: Marcus Carlsten visits the last outpost of the Swedish Estonians in Haapsalu and Vormsi, or Hapsal and Ormsö, as the local population calls it. He meets the Thursday Ladies, who meet up every week at the Aiboland museum in Haapsalu, where they knit and do embroidery and keep the Swedish language alive. ‘In the last census, 375 people in Estonia gave their first language as Swedish. But there are 11,500 persons in the country that speak the language, and people come from all parts of the country to Nuckö high school to learn Swedish’, says Ülo Kalm, director of the museum.

Generation Y: Carl Lindgren seeks out The Venus Project, a prototype village in the forest in Miami, where the late Jacques Fresco designed a self-sustainable dream-world of the future. Like many other members of the Y-generation, Lindgren was a youngster with incurable Weltschmerzin the early naughties, finding answers in the hyped and controversial Zeitgeist films, riddled with conspiracy theories but also simple answers and hope for a better future. 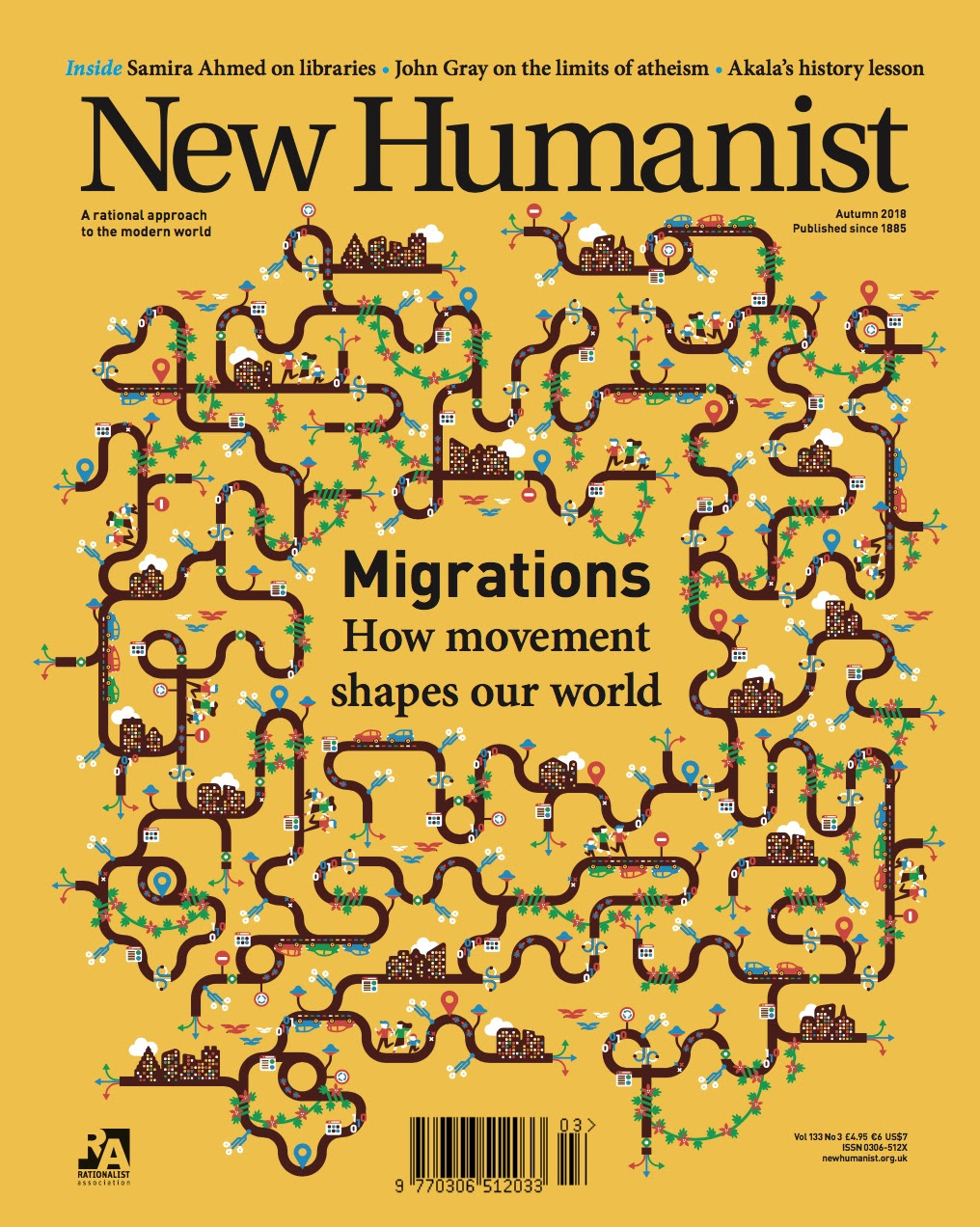 The term ‘hostile environment’ may have been an invention of the current British prime minister, yet the policies it describes go back to her predecessors, write Les Back and Shamser Sinha in New Humanist. Public shock at the Windrush scandal in the UK, where long term commonwealth immigrants suddenly came up for deportation, was ‘ultimately hollow, because if we had really been paying attention we would have seen this coming’.

Drawing on a decade-long study of migrant experience, Back and Sinha describe a world of ‘divided connectedness’, in which lives increasingly lived ‘on screen’ are concurrent with the proliferation of borders. The article focuses on the experiences of a Ghanian man who spent years in legal limbo. ‘The fact that he was in contact through his iPhone with the unfolding lives of friends and loved ones – in real time – exacerbated his own sense of being trapped in the present.’

#DeleteFacebook? Disconnectionists advocate online abstinence, however pathologize what for most people is more than a lifestyle choice, writes Giovanni Tiso. ‘The problem with Facebook isn’t that it shifts the social exchange online but rather that it degrades the social exchange, by subsuming it to the company’s paramount goal of extracting economic value from our social interactions.’ The answer, then, is not abstinence – particularly in places where Facebook is the sole entry to the Internet – but regulation.

Travel: A thirty-hour train journey from Vienna to Moscow offers the chance to connect with the Russian past: contraband, bribery and all. Alexei Korolyov returns to the place of his birth.