‘Osteuropa’ focuses on environment and environmentalism in Russia. Including articles on coalmining in the Kuzbass; garbage and governance; the environmental history of the Soviet and post-Soviet eras; and literary ecology, classic and contemporary.

In 2021, both the EU and Germany have made ‘climate and sustainability’ a key topic in their diplomacy with Russia, in the hope that the environment will be one of the few areas where cooperation remains possible. In response, Osteuropa publishes an issue exploring key areas in Russian eco-politics. 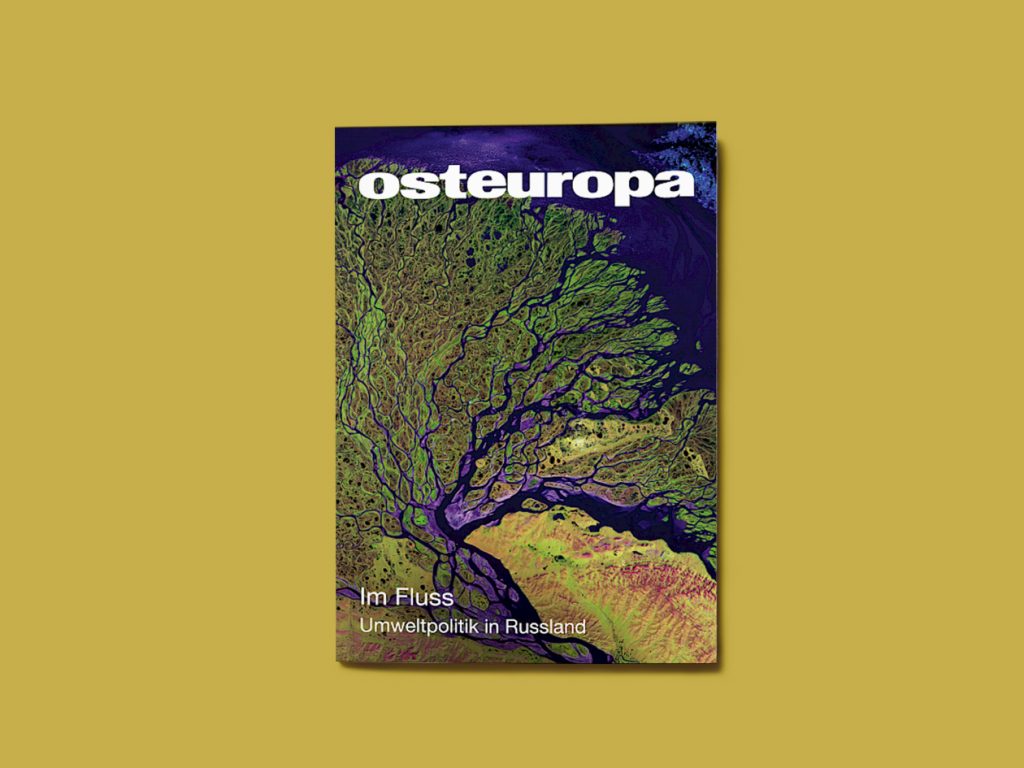 Coalmining in the Kuzbass

In the Kuznetsk Basin in southwestern Siberia, the amount of coal being excavated has trebled over the past two decades, writes Anton Lementuev. Coal is known as the black gold of the region; but for the people living in the region, it is poison. As open-caste mines move ever closer to residential areas, coal dust and other dangerous substances released into the ground water increasingly endanger health, while noise and dirt become ever more a feature of everyday life.

The local government is hand in glove with the coal mining companies and has made the Kemerovo area almost entirely dependent on coal. This has been possible because the demand for coal from the Kuzbass has grown – not least in western Europe. Coal mining has made the pit owners extremely wealthy; but for the people of Kemerovo, it means living against the backdrop of an ecological catastrophe.

‘When Gorbachev opened the door to western consumer goods in the late eighties, the country was inundated with garbage’, writes Robert Argenbright. ‘Consumerism ruled the new day, and the volume of solid waste grew exponentially, much of it consisting of previously unseen materials such as polyethylene and polystyrene foam.’

Today, Russia does not have a modern, efficient waste policy. There is no attempt to avoid waste, and just four per cent of household waste is recycled. The authorities’ preferred method of dealing with waste is incineration – which often falls short of European safety standards.

However, an increasing number of citizens are protesting against waste disposal sites. So much so that the waste problem has become a problem for the Kremlin. ‘The garbage crisis landed on Putin’s doorstep, and his need to maintain popularity underlies a fundamental dilemma of the garbage reform: how to pay for it without provoking public discontent?’

Klaus Gestwa surveys the development of historical research on the Soviet and post-Soviet environments, and its integral connection to environmentalist movements. ‘The widely held assumption that environmental problems or ecological crises were merely transitionary phenomena en route to communism had led to a trivialization of environmental destruction in the Soviet Union.’

In the ’70s, ‘ecocide’ was a much-used term in Soviet environmental history; during and immediately after the collapse of communism, ‘eco-nationalism’ became a popular concept. More recent research has taken regional, imperial and global historical perspectives. ‘Even if environmental topics are not at the top of the agenda of post-Soviet politics, one can by no means talk of a de-ecologization of the social consciousness.’

Leonid Leonov (1899–1984) was one of the most successful writers in the Soviet Union. His novel The Russian Forest (1953) had print runs in the millions and is regarded as a classic of Socialist Realism. But though heavily programmatic, Leonov’s literary works as well as journalism presented surprisingly modern ecological demands, writes Ulrich Schmid. These included sustainable forest management, raising the status of woodland to a legal entity, founding support associations, and the creation of a state nature protection committee. Leonov can be regarded as the founder of public debate on environmental issues in Russia.

Between the eighteenth to the twentieth centuries, there were phases when Russian literature took an intense interest in natural phenomena and ecological issues, writes Lara Rindt. What is less well known is that contemporary Russian literature also frequently takes up ecological and environmental problems, often with a critical stance.