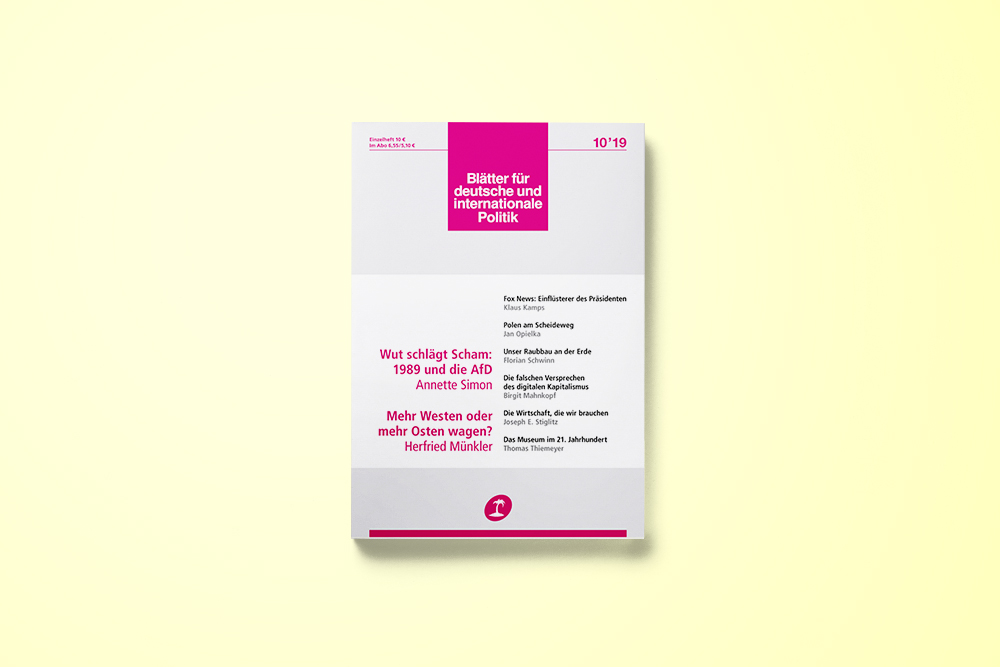 In Blätter, political scientist Birgit Mahnkopf refutes claims that automation will bring growth, employment and social peace. Digital capitalism, she argues, not only threatens job security in the North, but will also wreak havoc on the economies of the global South.
In Germany, where the manufacturing sector accounts for 80 per cent of all exports, lower costs are expected to increase foreign demand, thereby increasing jobs. But this line – which is shared by IG Metall, Germany’s largest union – fails to acknowledge both that unemployment will be exported, and that the quality of jobs at home will decline. The disappearance of a low-skills sector will not translate into higher wages for better qualified workers. Instead, writes Mahnkopf, a two-tier system is likely to appear in technology companies, where more and more staff are employed by external contractors on significantly lower pay than the diminishing number of permanent employees.

In the developing and emerging economies, meanwhile, the World Bank expects that two thirds of all jobs can be automized. These countries will import robots and other technologies, rather than producing them, thus increasing the potential for massive disruption to their societies.

A controversy has erupted over the definition of the museum. Until now, the International Council of Museums – counting 20,000 members from 138 countries – has defined the museum as ‘a non-profit, permanent institution in the service of society and its development, open to the public, which acquires, conserves, researches, communicates and exhibits the tangible and intangible heritage of humanity and its environment for the purposes of education, study and enjoyment.’ The committee within the Council responsible for defining the museum has declared this definition to be ethically ‘void’ and inadequate to the present situation, and has called instead for one that endorses human rights, social justice and protection of the environment.

However, the new definition it proposes – which states that ‘museums are democratizing, inclusive and polyphonic spaces for critical dialogue about the pasts and the futures’ – has been rejected by many museums as overtly prescriptive and potentially damaging to the interests of members, particularly where the independence of museums is threatened. Museologist Thomas Thiemeyer welcomes this debate but warns of defining the museum as an institution that ‘not only reflects but also defines what is right and wrong in society. The new text is provocative because it demands that museums hold the public to account and therefore expose themselves to attack.’

To dismiss the British parliament as incompetent is not only a reflex of Germany’s ‘extreme centre’ but also fails to understand how the British parliamentary system actually works, writes constitutional lawyer Florian Meinel. Brexit, he explains, has placed the majoritarian principle under such strain that the current government may be encouraged to dispense with parliament altogether. Britain’s constitutional crisis might be only just beginning.