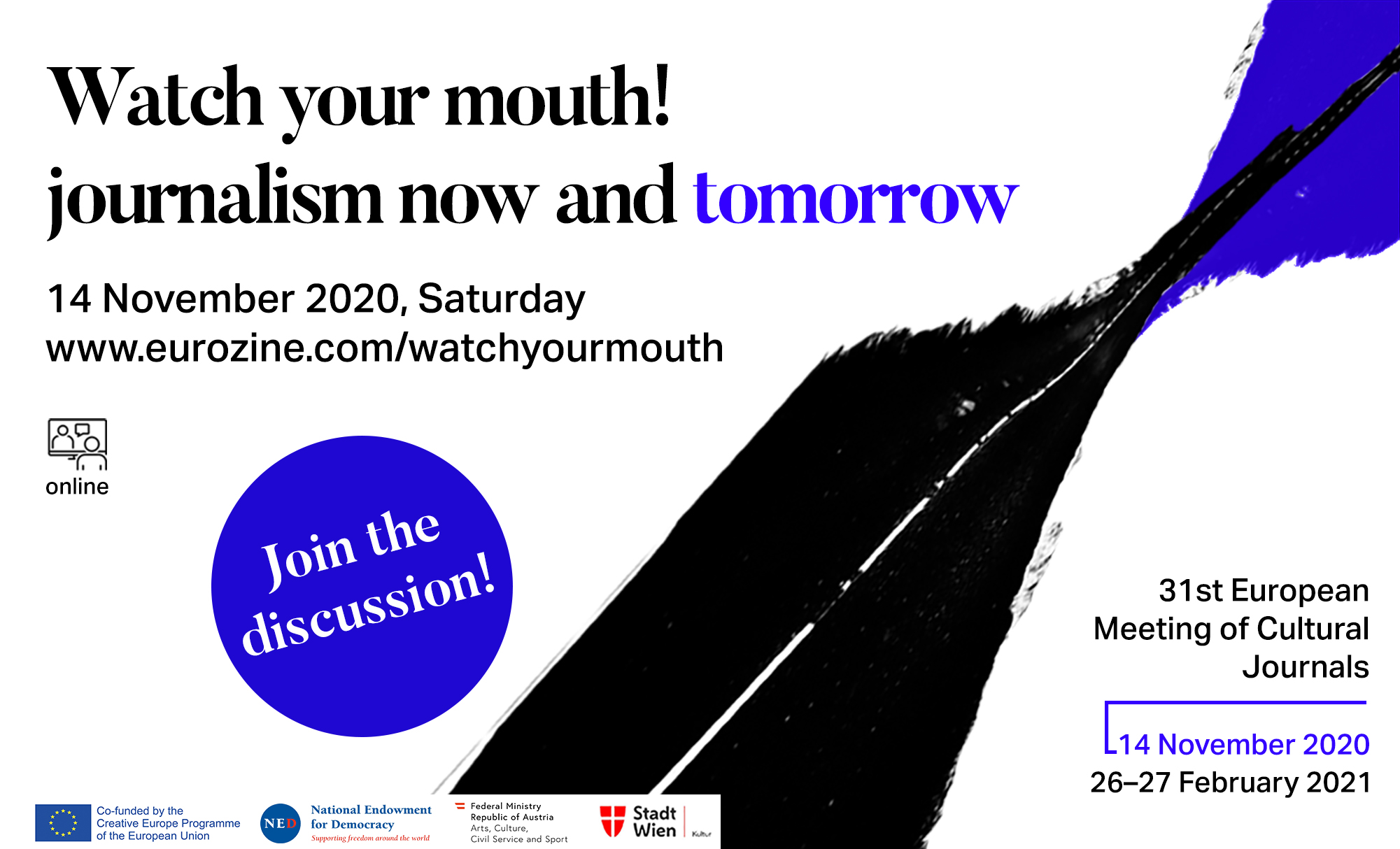 The first part of the conference took place on 14 November 2020. Stay tuned for the upcoming online event in July 2021!

Eurozine is organizing the 31st European Meeting of Cultural Journals as a two-tier conference in November 2020 and in July 2021 in Budapest on the pressing issues facing independent publishing: market upheavals and media change, state capture and ownership concentration, political interference, and self-censorship.

The past decade has brought tectonic shifts in media fields. When advertising revenue and investments evaporated after the 2008 collapse, social media giants were quick to prey on a vulnerable market already struggling to accommodate digital publishing. The revenue sources native to electronic media are now dominated by a few companies, an imbalance that has opened the door to anti-democratic interventions.

Eastern Europe now serves as a laboratory for techniques combatting media freedom, which are then exported at speed throughout the region and well beyond. The corona crisis seems to have given this process extra momentum. Hungary’s biggest independent news site has just been slain –  not the first such instance – while the Slovenian government is rapidly Orbánizing the country’s public sphere. Bulgarian journalists are facing more direct than most of their European colleagues, while Poland pushes on with ‘turning Warsaw into Budapest’.

These attempts at silencing independent media and culture do not happen in a vacuum and are no eastern speciality. Neither are they accepted without a struggle. New initiatives, innovative working methods, and reinvented regimes are mushrooming throughout the region to rebuild ecosystems of democratic journalism on more sustainable and resilient foundations.

The 31st European Meeting of Cultural Journals will address the challenges facing independent publishing and the responses on offer. Due to the corona crisis, we invited our partners to a two-tier online event, held in Budapest, Hungary, on 14 November 2020 and 2-3 July 2021.

We are pleased to partner with ELTE Média and the Center for Media, Data and Society at Democracy Institute of Central European University (CEU CMDS). Our media partners are Partizán and Klubrádió.

The events are co-funded by the Creative Europe Programme of the European Union.

Where do you see yourself in ten years?

Journalism students of ELTE Média discuss their professional future in a country where independent media has been smashed to pieces and where the vast majority of journalism has  been done away with.

How to deal with political pressure

Against the backdrop of the recent attacks on Index.hu, journalists, academics and artists discuss their experiences of dealing with political pressure.

Speakers present varying models of individual and institutional response to political interference in their work as journalists, academics and artists. A debate about tactics and professional standards.

The second part of the conference will take place on 2-3 July 2021, its programme will focus on publishing models alternative to the current mainstream, individual responses and strategies of media professionals when facing political pressure, and minority representation.

In cooperation with ERSTE Foundation