By land and by sea: Salvini’s war on immigration

The decree recently approved by the Italian government restricting the right to asylum is the terrestrial counterpart to the criminalization of NGOs operating in the Mediterranean. The climax to Matteo Salvini’s ongoing campaign against humanitarianism, it will have a fundamental impact on the management of migration within the country.

Salvini’s war against immigration is being waged by land and by sea. It is a war against a section of society that makes up over eight per cent of the country’s population. By sea, the war is being waged through a criminalization of humanitarian rescue operations. This not only pertains to operations carried out by foreign NGOs, which are accused of failing to observe the sovereignty of national borders, but also to operations carried out by the Italian Coast Guard itself. This is a schizophrenia typical of authoritarianism and amounts to a call on the state authorities to close ranks.

No less spectacularly, the war by land has been formalized through a decree approved by the Italian government on 24 September. The process began last July, with a circular that unlawfully obliged the Territorial Commissions for the Recognition of the Right of Asylum to tighten up on granting humanitarian protection. The report justifies the decree as a ‘necessary and urgent’ regulatory intervention in order to reorganize the system of international protection. It emphasizes the disproportionality between the number of protections regulated at the European level and granted by the Territorial Committees – refugee status and subsidiary protection – and permits granted on humanitarian grounds, which vary between 25 per cent and 28 per cent. 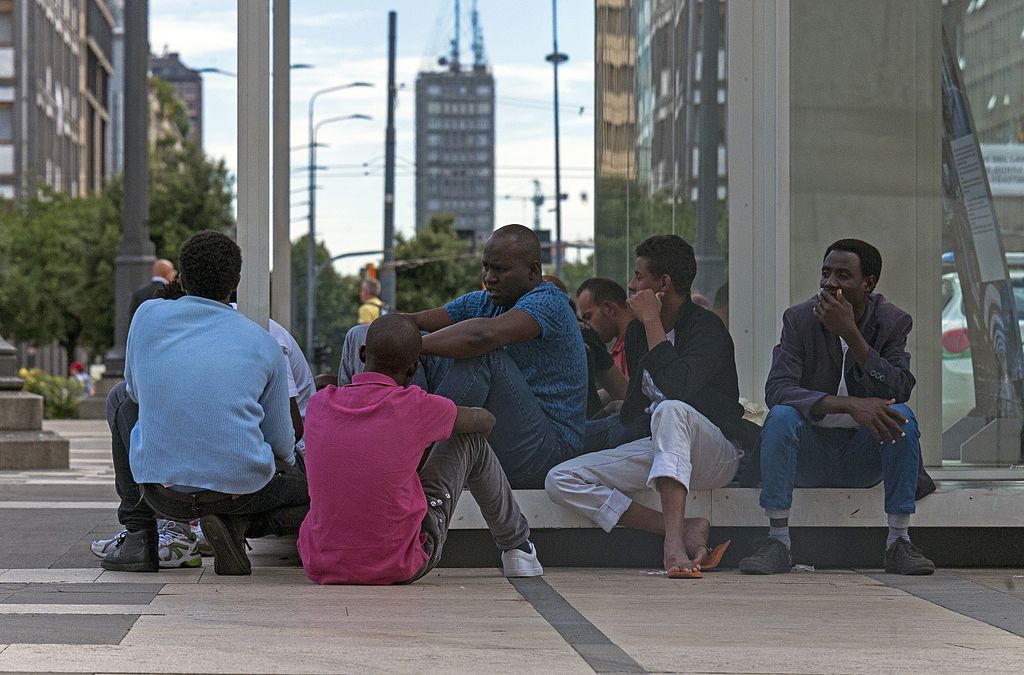 The logic of the interior ministry’s legal departments reverses what ought to be common-sense: instead of asking why international protection is granted so much less in Italy than in many other European countries, and why denials by the Territorial Commissions oblige courts to take on so many cases, the report suggests that the problem is the instrumental use of the application for protection and the exercise of the rights of appeal, with the latter having already been severely limited by the regulatory interventions of the previous government.

The decree does not go so far as to reorganize international protection. But it repeals humanitarian protection as a general institution. Current regulations premise protections on ‘serious humanitarian grounds’ or ‘constitutional or international obligations’. In its place, a series of typified permits are to be introduced, based on a predetermined case history. The objective is to eliminate the discretionary power of the asylum authorities: legal certainty is pitted against humanitarian reasonableness.

The constitutional right to asylum, one of the more fruitful products of recent jurisprudence, derives from Article 10 of the Italian Constitution. This is not a case of courts overstepping their democratic mandate. Rather, it concerns the functioning of the rule of law, in which power is not concentrated in a single place and in which judicial assertion of rights represents a route by which even those excluded from representative democracy can assert their rights. Once again, the war against humanitarianism resembles an admonition to close ranks around a hierarchical and authoritarian power.

Anyone dealing with migration knows only too well that applying for asylum and humanitarian protection is the only way for an individual to regularize their status. This affects not only those who arrived in Italy during the so-called refugee crisis, but also all those who, already present on the territory, lost their regularized status following the economic crisis, as well as anyone working without a residence permit. While the public debate during the crisis reduced the issue to a dichotomy between genuine and fake refugees, labour migration was overlooked. Meanwhile, the exploitation of migrant workers continues. In sectors such as agriculture, logistics, and even domestic work, the number of workers granted international or humanitarian protection or seeking asylum has increased exponentially.

In many cases, the exploited migrants in the countryside, in both the South and the North, who became headline news following the deaths of agricultural workers in Foggia this summer, had arrived by sea. Like the women who crossed the Sahara, surviving Libyan camps and the Mediterranean, who were granted nothing more than humanitarian protection even when they were entitled to more, and the many other migrants present on the territory, they are the ones that will be affected by the government clampdown. It will become more difficult, even impossible, for them to obtain or renew a residence permit. However, Salvini’s war against humanitarianism affects not only those arriving by sea, but the management of migration as a whole. Migration is now a structural component of society.

Humanitarianism as a legal instrument is certainly not without its ambiguities. Its expansion in recent years has tended to replace rights with the mere satisfaction of basic needs. One need merely to cite the difficulties connected with the reception system or the makeshift camps used to ‘welcome’ seasonal workers. Indeed, the war against humanitarianism largely incorporates its reasoning. In substance, it makes emergency reception the rule. The extension of the maximum terms of administrative detention from 90 to 180 days is based on a similar logic; during the initial period, this can also occur in emergency reception centres. This would seem to bear out those critics that, all along, have denounced the inevitable confusion in humanitarianism between welfare and the logic of control and repression.

When it comes to immigration, the rule of law hardly triumphed during previous governments either. The current government has nonetheless reached a new low by declaring war on those sectors of society that have been among the most progressive, including when it comes to women, migrants and younger generations. For the latter, the reformed rules on citizenship through the expansion of jus soli represented a tool of social emancipation. Here too, Salvini’s bill is directed at re-establishing citizenship as a concession rather than a right.

The war on humanitarianism is not only a war waged on Italy’s borders. But the intrinsic connection between land and sea – the impossibility of separating borders from what happens within them – might also provide the grounds on which to resist.