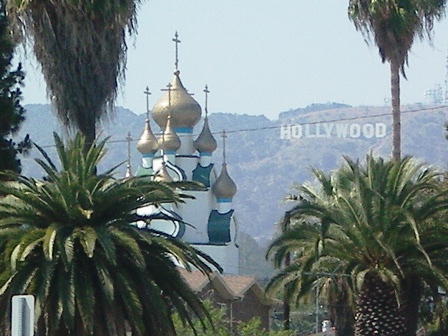 Colourful onion-domed churches capped with sparkling snow, seductive spies in lavish mink coats, dancing bears, strong-willed revolutionaries…we see these tropes everywhere. They feature in Netflix shows such as Shadow and Bone, in Marvel blockbusters, gritty Cold War-inspired thrillers, and children’s animated films like Anastasia. Western pop-culture’s fascination with Russia – or, rather, with a simplified and fantastical version of Russia’s complicated history – is understandable.

Back in the 1960s, at the height of the ideological rivalry between the US and the USSR, Russians were Hollywood’s go-to villains. When news of Russia’s involvement in the 2016 United States presidential election broke, old tropes came back with a vengeance and, once again, Hollywood started looking to Eastern Europe for inspiration.

The way the Russian Empire and the Soviet Union are portrayed in American media isn’t just unrealistic – at times it borders on absurdism. Liberties are taken with history, language, culture and politics. Slavic languages are turned into decorative nonsense (the Bourne Trilogy is a repeat offender), real-life events are swapped for fictitious ones, and most characters are walking blond-and-blue-eyed stereotypes.

All of this in itself wouldn’t be a problem – after all, when has Hollywood storytelling been known for its accuracy or attention to detail? The trouble is, however, that these portrayals legitimize the imperialistic narratives Russia has long used to subdue and assimilate the nations it colonized throughout its history.

When Hollywood wants to show us the Soviet Union, the Russian Empire, or just Eastern Europe in general, it portrays a homogenous, predominantly white and Russian-speaking population. Who cares if the show or film is about Ukrainians? The soundtrack will still have balalaikas. Yet in making that choice, Hollywood music supervisors communicate a stance not far removed from Donald Trump’s. ‘Isn’t Ukraine a part of Russia?’ they seem to ask.

This approach isn’t just lazy, it equates all Eastern European and Slavic cultures with Russia and Russian identity. In fact, it reflects the very narrative that Putin’s government is using to justify its unprovoked full-blown invasion of Ukraine in 2022.

Like today’s Russian Federation, both the Russian Empire and the Soviet Union were multiethnic states, created as a result of conquest and colonization, in which the cultures of the colonized nations were mostly ignored. Throughout most of its existence, the USSR proclaimed internationalism, yet non-Russian republics were denied their own education systems and cultures, and their artists were often labeled enemies of the Soviet regime solely on the grounds of their ethnicity.

Tsarist times weren’t very different: Russian culture and language were considered the norm, while the cultures and languages of Ukraine and other colonized nations were marginalized. Their nationals were seen as second-class citizens, savages fit only to be ridiculed and to provide entertainment for the more ‘civilized’ Russian population, or to work for them.

These derogatory attitudes were embedded in the Russian language itself. Before the 1917 Revolution, when outright slurs weren’t being used, Ukraine was usually referred to as ‘Malorossiya’ (meaning ‘little’ or ‘lesser’ Russia), while Ukrainian people were known as ‘Malorossy’ (‘little’ or ‘lesser’ Russians). They were seen not as a separate nation with a culture of their own, but as an inferior version of the ‘real’ Russia.

Meanwhile, the Russian Empire declared itself the true heir of medieval Kievan Rus’, and built its ideology on the imperial dogma of the ‘All-Russian nation’. According to historian Alexei I. Miller, the phrase ‘All-Russian nation’ first appeared in a book written by an Orthodox cleric, entitled The Synopsis and published in 1674. The concept of ‘All-Russian’ nationality is rooted in the assumption that the Russian nation is made up of three ‘brotherly’ sub-nations: Russians, Ukrainians and Belarusians. 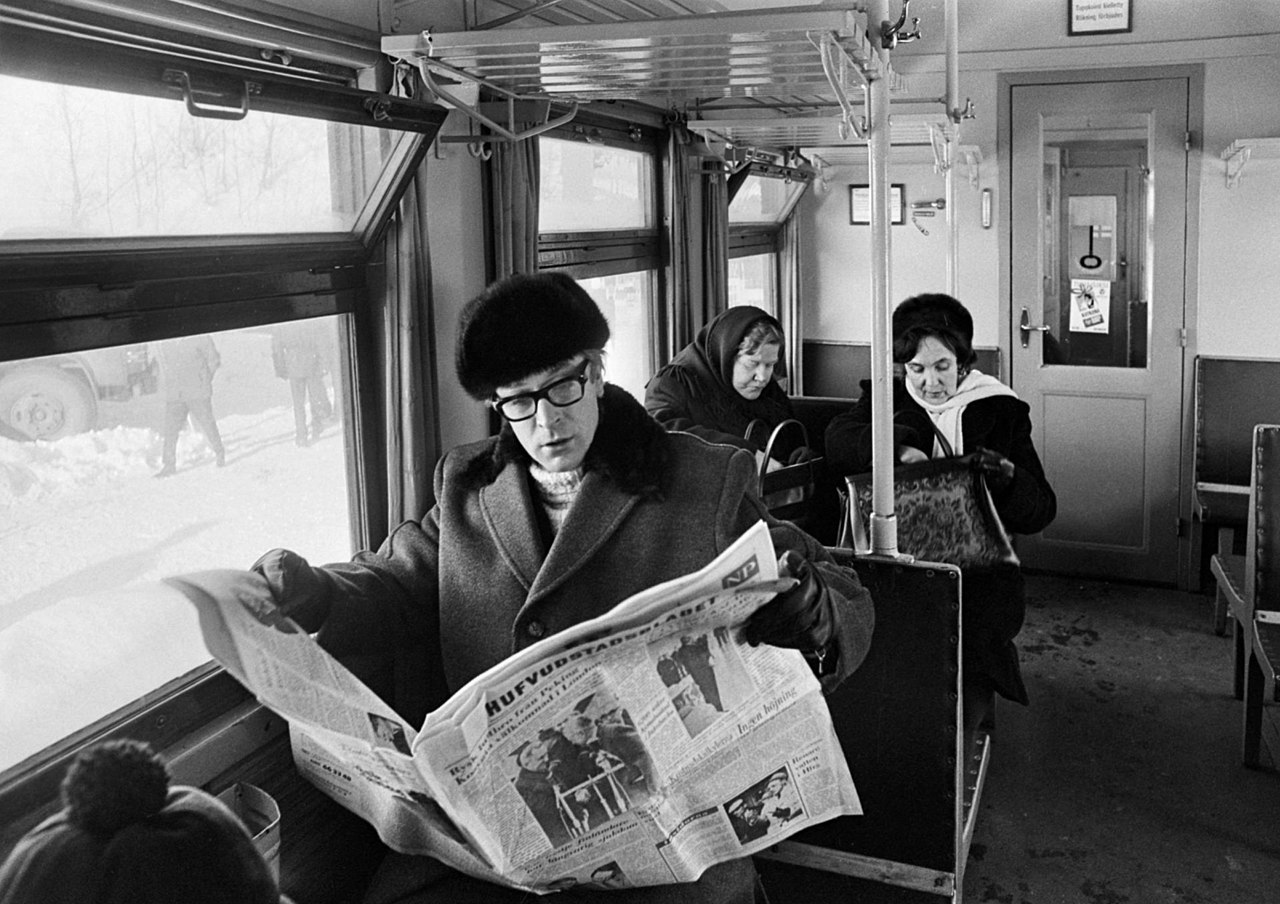 Naturally, the ‘All-Russian nation’ would have Russian as its sole official language. After all, Russian imperialism views Belarusian and Ukrainian cultures and identities as lesser versions of its own culture and identity. This idea is also reflected in the now notorious speech Vladimir Putin gave just days before the full-blown Russian invasion began. In line with the old imperial narrative, Putin claimed that ‘Ukraine isn’t even a state’ and that ‘Russian and Ukrainian people should be united’.

Whether or not they realize it, western directors and showrunners often lend their support this narrative. They do so whenever they equate the Soviet Union with Russia, or when they depict the Russian Empire (and even, on occasion, the whole of Eastern Europe) as ethnically homogenous, white, and Russian-speaking.

Take, for example, the Netflix hit show Stranger Things which, in its third season, started leaning into Cold War-era tropes and has repeatedly equated the entire Soviet Union with Russians as a national group. The series is grounded in nostalgia for the 1980’s, so it isn’t surprising that the Soviets are portrayed with little nuance – after all, the Cold War that made the terms ‘Russkies’, ‘Soviets’ and ‘Commies’ practically synonymous. But this perception didn’t end with the Cold War. Even though caricatures gave way to more three-dimensional representation, and the English-speaking world came to appreciate some of what the Soviet Union had achieved, Soviet accomplishments continued to be viewed as inherently Russian.

The 2020 film Courier portrays Soviet citizens in a more sympathetic light than those in Stranger Things, for example, but it nevertheless uses the terms ‘Russian’ and ‘Soviet’ interchangeably. The same goes for the critically lauded TV series The Americans: while the show approaches the lives of Soviet sleeper agents with care and nuance, it still equates Soviet identity with being Russian.

In stories such as these, Ukrainian history, as well as the histories of the other nations that found themselves under Russian rule, are swept under the rug, while elements of Ukrainian culture are repackaged and presented as senseless decoration.

Another example is the recent Netflix hit Shadow and Bone, set in a magical land obviously inspired by 19th century Russia. The characters drink kvas – a traditional Russian beverage; the secret police are known as the oprichniki (a word which, in Russian, once designated members of the Tsarist bodyguard corps); and most names or terms that feature in the series are Slavic in origin. Yet no reference is made to oppressed minorities, social inequality or the real-life horrors of serfdom.

The showrunners pick and pluck elements of Slavic culture at will, identifying them all as ‘vaguely Russian’. Sometimes the appropriated details aren’t even Slavic in origin: members of the ‘Grisha’ – the magical army – wear long flowing kaftans inspired by Turkish clothing, while other characters are shown wearing Caucasian papakhas (known to most English-speaking people, funnily enough, as ‘Russian Cossack hats’).

Does a TV series have the duty to explain all these miniscule details or inform viewers about what life was really like in Tsarist Russia? Obviously not. But seeing only idealized versions of the Russian Empire on screen will lead western viewers to misunderstand the history of Eastern Europe.

On the rare occasions that Ukrainians appear on screen, their representation echoes the time-honoured stereotypes spread by Russian colonizers. They are either dumbed down caricatures (take, for example, Oleg from Two Broke Girls), provincial thieves (as recently portrayed in an episode of Emily in Paris) or violent, uncultured thugs (featured in Banshee). Are these portrayals outright offensive? Perhaps not in themselves, but it is surely unjust that a colonized nation should be seen only through the lens created by its colonizer.

It would be foolishly idealistic, of course, to expect Russia-inspired American pop-culture to convey the complex social issues at play in East European societies and the bloody legacy of Russian colonialism. However, ignoring them entirely and offering a fairytale version of Tsarist Russia is as tone-deaf as setting a TV fantasy about the United States against the backcloth of an idealized Antebellum South.

It is true that observing events in Ukraine has given western viewers the opportunity to reflect on the fact that colonization hasn’t always been based on purely racial discrimination. This remains a hotly-debated issue, even in academic circles, but pop culture could help bring the discussion into the mainstream. It might also encourage viewers to be more critical of the Kremlin’s propagandist messages. At the very least, it could add more context to the real-life horrors happening before our eyes at this very moment.

Published 20 May 2022
Original in English
First published by Eurozine

After fleeing war-ravaged Kharkiv, many have found refuge and hospitality in Poltava. How does it feel to be an internally displaced person in one’s own city of birth?