L’Homme – The European Journal for Feminist History – marks thirty years of publishing by looking back at the ways in which its changing team of publishers, editors and authors have shaped how feminist historiography has positioned itself.

At its inception in 1990, L’homme ‘placed itself firmly in the space between political movement and academic analysis’. After a period of interdisciplinarity, the goal of feminist historiography was to ‘step back into the discipline’ and ‘to rewrite history entirely’. However, the emergence of gender studies brought a new form of interdisciplinarity. ‘Queer’ approaches and ‘liquid’ definitions of gender have since played as significant a role as ‘praxeological, cultural-scientific, power-theoretical and intersectional interpretations, which have in turn influenced empirical feminist historiography’.

What does the journal see as its role today? With the rise of ‘gender bashing’ and the instrumentalization and mythologization of relations between gender and history, ‘it is crucial to again position oneself in feminist terms and to call for extensive sexual equality’. 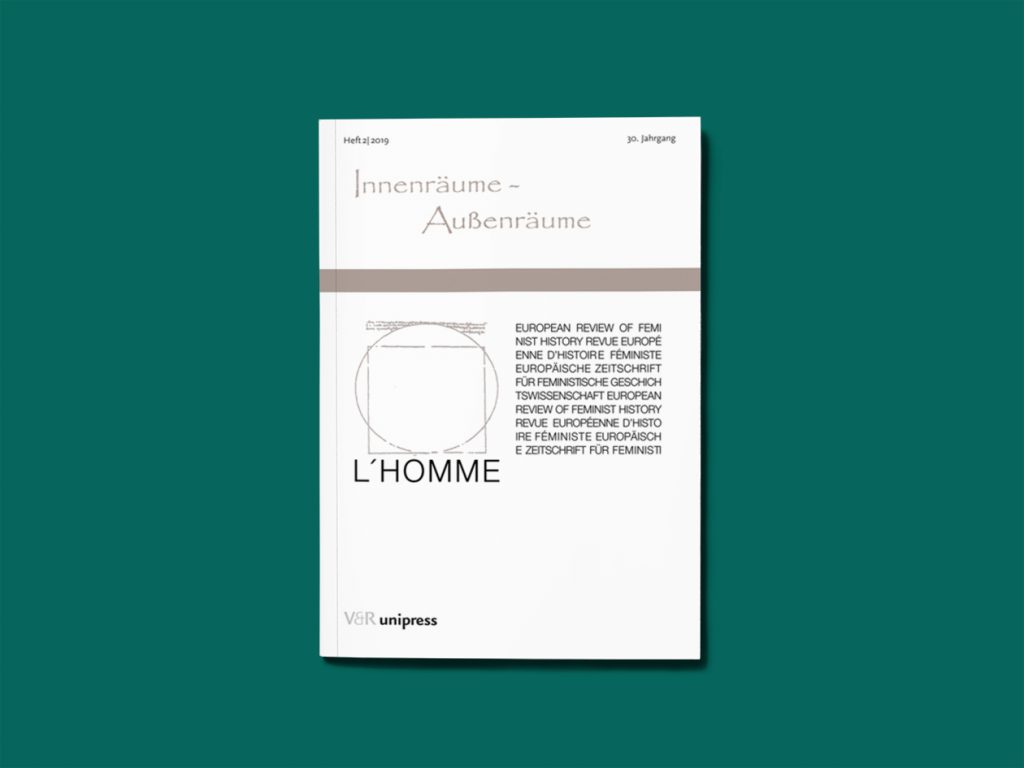 Inken Schmidt-Voges argues that pro-modern cultures do not evidence a rigid ‘separation’ of sexual spaces. A rereading of Leon Battista Alberti’s Della famiglia (1433–34), reveals nuances in upper-class Renaissance domesticity that contradict this central tenet of earlier feminist historiography. In Björn Klein’s contribution, the reader is introduced to the New York underworld at the turn of twentieth century, and to its sexually ‘colourful’ inhabitants. On the basis of unpublished writings by of Ralph Werther, a ‘female impersonator’ and amateur sexologist, Klein reconstructs the emergence of the term ‘voyeur’ in Euro-American sexology. And Çiçek İlengiz analyses the colonial appropriation of Kurdish living space by the Kemalist republic, focusing on the gendered dynamics of the Dersim massacre in 1937/38. 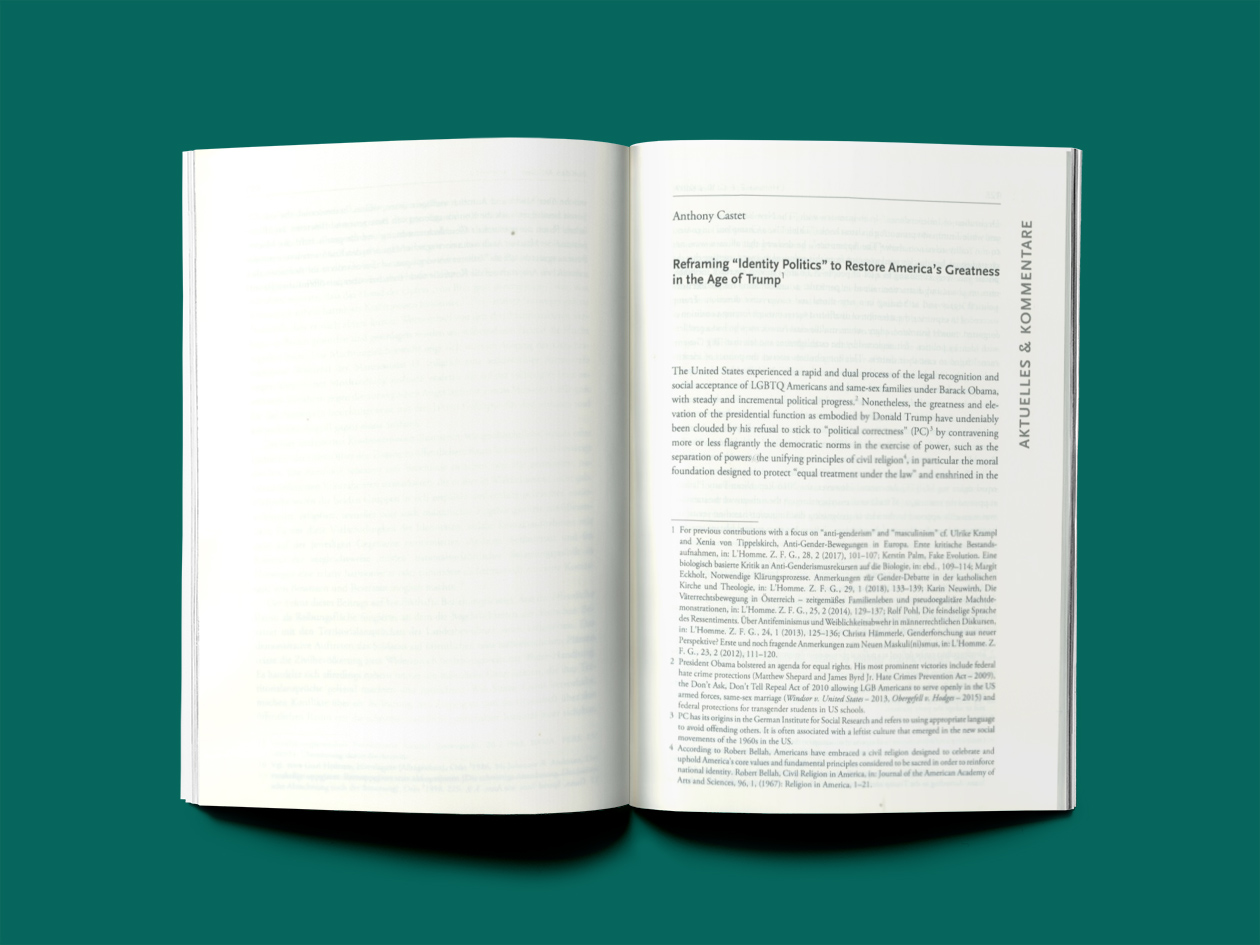 Software magnate Peter Thiel was the first openly gay speaker at the Republican National Convention, where he appealed for an end to ‘fake culture wars’ and a focus on ‘fixing the economy’. Not only does this message overlook Trump’s anti-LGBT agenda, it shares the meanwhile common assumption ‘that forms of discrimination based in someone’s sex, race, sexual orientation and/or gender identity are mere symbolic legal issues belonging to an alternate reality’.