It is a fact that the United States is no longer the world’s pre-eminent superpower – a change that cannot help but transform America’s political conception of itself.

Its decline in relative power will of course take time. The dollar still rules, the military reach of the States is unequalled. But the US has already lost its status as the sole hegemon that it gained after the implosion of the Soviet Union in 1989–91. This will also have consequences for the inner nature and political culture of American life, as it redefines what it ‘means’ to be American.

The battle over how the USA will become more ‘normal’ – rather than priding itself on how ‘exceptional’ it is – has already begun. In his provocative essay ‘The American creed’, Aziz Rana suggests that a central focus of this battle will be the place and perception of the country’s eighteenth-century constitution.

The immediate context for America’s political self-reckoning is the rise, presidency and future threat of Trumpism. Donald Trump was, with his excellent, TV-honed instincts, ahead of the game. He explicitly terminated American ‘globalism’, told other great powers in his final address to the UN that it was ‘okay’ for them to do whatever was best in their interests, and like other authoritarian leaders, opposed a rules-based world.

The sense of defiant victimhood associated with Trumpism – that is to say, the political attitudes of tens of millions of voters – is linked to North America’s international stance. Trumpism recognized the shame of the country’s military defeat in Iraq and its economic humbling by China. It rejected exceptionalism’s global mission, while asserting a nativist ‘America First’.

The consequence was to internalize the aggression that had marked the US since it launched the ‘War on Terror’, its grotesquely mistaken response to 9/11. In effect, Trump brought the war home. In doing so, he bid to make the racist, exclusionary side of American society, which had co-existed with its liberal side since its foundation, dominant.

Had it not been for COVID-19, he would surely have achieved this in 2020. Even if he had lost the popular vote for a second time, the undemocratic electoral college would have assured his re-election. With the economy doing well, he would have purged the military, judiciary, and administration and consolidated Trumpism.

Instead, the plague revealed his inability to govern. This and Trump’s lamentable refusal to demonstrate solidarity with Black Lives Matter ensured that even the biased electoral system could not overturn a seven million plurality for Biden.

The veneration of the US constitution is directly connected to America’s emergence as global hegemon. As the US’s democratic dysfunctions become ever more apparent, this culture is coming under strain. Why the end of the American Century coincides with the collapse of the country’s constitutional consensus. By Aziz Rana.

But it did mean that the final count rested on fewer than 45,000 votes in three swing states. This gave superficial plausibility to the allegation that the outcome was ‘a steal’ and justified the assault on the Capitol, whose aim was to reverse the process of appointing Trump’s successor at the choke point, when the final tallies are rubber-stamped.

The entire episode demonstrated that Trumpism regarded the Constitution instrumentally. This ancient document had always permitted racism; the efforts to legislate against it can be seen as a measure of its persistence. For almost a century, the rise of American supremacy abroad compensated for the decline of white supremacy at home. Indeed, during Barack Obama’s presidency, it had become minoritarian.

The assault on 6 January 2021 upon the peaceful transfer of executive power was a taboo-breaking moment. It became undeniable that for nearly one-half of the population and for a majority of white American men (60% of whom voted for Trump), the US Constitution is regarded as a means to an end – the continuation of white supremacy in America.

Thus, while Aziz Rana’s argument is iconoclastic within the realm of scholarship, a public icebreaker went before him, bearing a yellow comb-over. 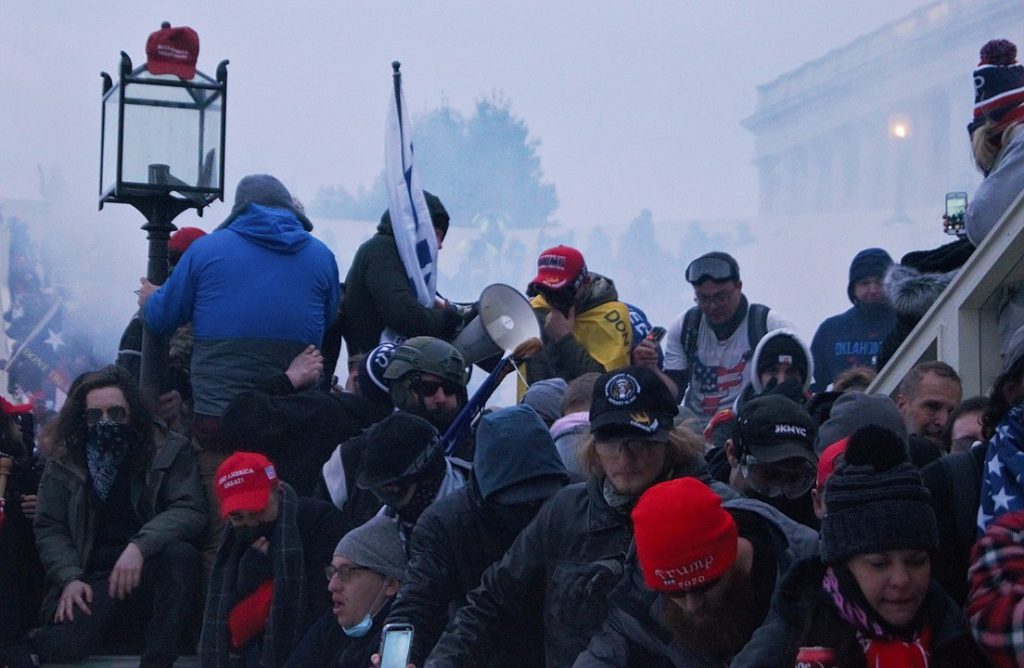 This also means that Rana’s argument has a special distinction. It is a challenge to any attempt to venerate the constitution as the way of rolling back the influence of Trumpism. For it is clear that the celebration of its status as being ‘above politics’ was indeed elitist and undemocratic, and that this helped to open the way to Trumpism. Instead, if the constitution is to be claimed for democracy, it must be democratized. As Rana shows, the first step to achieving this is to de-sanctify it in a way that is honest and intelligent.

Others have sought to extinguish the aura that surrounds the US constitution. For a recent example, Nikolas Bowie’s outstanding evidence to President Biden’s enquiry on the Supreme Court. But Rana does not just criticize its obvious limitations and the obnoxious privileges it protects. In addition, he explicitly addresses the reasons for its veneration in the epoch that has begun to draw to a close.

It is not that the way the constitution is worshiped denies its historical nature. On the contrary, this is part of the cult. The radicalism of the US constitution derives from the fact that it was a pioneering effort of men and not the work of God or monarchy. But, to follow Rana’s account, what was accepted through the nineteenth century as a compromise that was all too recognisably the work of men became, in the twentieth century, a lodestar – an act of universal wisdom for liberal government everywhere. The founding fathers are projected as having been so far-sighted, and so deeply insightful into the weaknesses of human government, that their creation of ‘checks and balances’ became a timeless achievement.

Indeed, it is likely that this cult-like appreciation of US constitution helped pave the way for the idea that there could be ‘the end of history’ – propagated at the beginning of the 1990s when the USA ceased to have the USSR as its world-historical rival.

Rana sets out how the veneration of the federal constitution was an integral aspect of the hegemonic role of the US established after 1945. The demonstration of its might (with the pre-emptive use of nuclear weapons) was followed by the exercise of its wisdom, in a series of efforts, successful at first, to impose its political will covertly on vassal states (e.g. Iran in 1953, followed by Guatemala). Rana argues powerfully that the propaganda claim that it was spreading its example of constitutional government was one of the means whereby the US projected its ambitions for global overlordship as being the opposite of imperial domination.

An interesting parallel may be when, after the 1840s, Great Britain’s flexible and informal constitution became a way to ‘explain’ how a modest island could become the centre of the world’s largest empire, for example by historians like Maitland as well as constitutional authorities.1 Public pride in constitutionalism turned to Fabian pedantry after the First World War, as the country’s global status shrunk and its empire became a source of contention. The ‘legalization’ of constitutional debate made it dry and technical and this helped to preserve the privileges the constitution conferred by removing it from public discourse. This obfuscation was easier to achieve with the UK constitution, thanks to its uncodified nature. 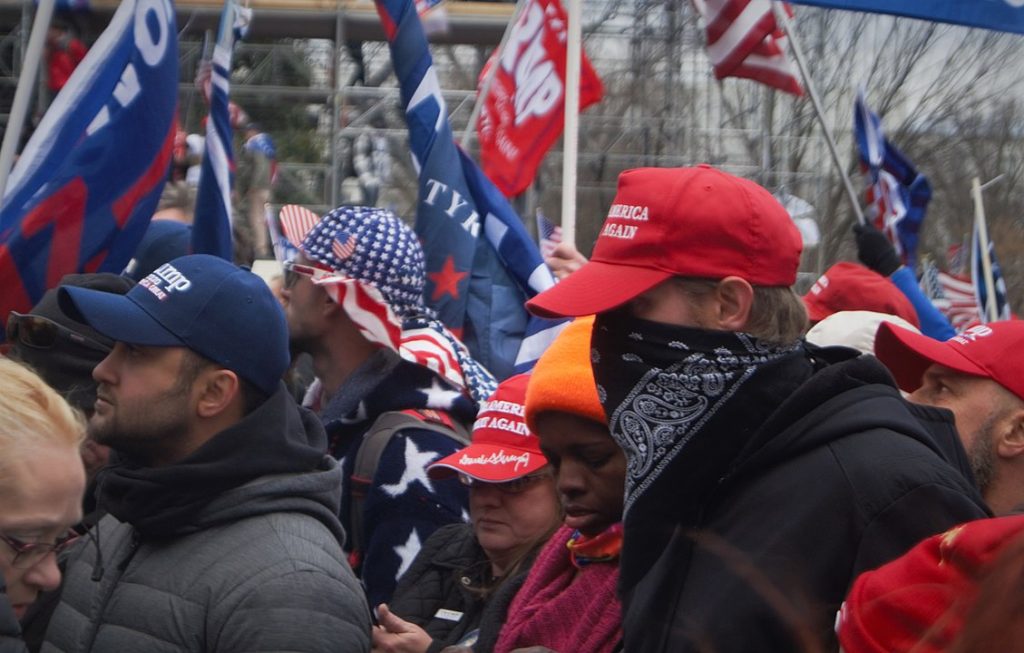 Rana concludes his article by stating that we need to face ‘the reality that the USA is not now and has never been a genuine democracy, and that the only pathway out of our current malaise is to reconstruct shared institutions on truly democratic terms’. I’d like to support both his call for real democratisation and the thrust of his historical argument by adding a twist.

It’s true, and well known, that the original US constitution and the first wave of constitution writing in the nineteenth century were aimed at opposing democracy, which was seen as mob rule. The same goes for the development of Britain’s powerful but informal constitution. But at the same time, both were also designed to be frameworks that would organize consent, including of those – initially the large majority – who were excluded from the franchise.

The role of most nineteenth century constitutions was to protect property holders from the ‘unwashed’ and from despotism, whether monarchical or Bonapartist. Their function was to ensure the peaceful transfer of executive power recognized by all as legitimate.

The challenge now is to democratize the American constitution while preserving its function as a framework that protects minorities and ensures their fundamental rights. A big part of the current problem is that the rise of corporate capital and its associated corruptions has generated a different set of interests to those of property holders. Moreover, corporations have used their power over Congress to impose their sectional interests on voters as a whole, for example preventing the protection of the environment. In January 2021, 69% of Americans agreed ‘that American democracy serves the interests of only the wealthy and powerful’. Seventy percent of Democrats believed this, as did 66% of Republicans. This is one measure of a significant loss of consent to the system as a whole.

There are therefore at least two, linked issues at stake in any effort to create a democratic polity in the US. The first is over who is included in the ‘we’ of ‘We, the people’. The second is over the role of big money and dark money in controlling policy outcomes. The latter uses divisions within the former to protect its influence. To turn the page on US constitutional exceptionalism, as Aziz Rana calls for, demands confronting both.

This article appears in an upcoming special issue of Public Seminar on new constitutions and constitutional veneration. The argument in it is drawn from Anthony Barnett’s forthcoming book Taking Control! Humanity and America after Trump and the Pandemic.