Poland’s ‘Holocaust law’ criminalizing any claim that Poles shared responsibility for Nazi crimes has caused major rifts with its foreign allies, above all Israel and the US. Yet the international indignation is also selective, writes André Liebich.

The Polish government thought it could be done quietly, without attracting international attention. After all, other countries in Central and Eastern Europe had successfully whitewashed their involvement in the Holocaust and their complicity with the Nazi regime. The former Croatian president, Franjo Tudjman, was invited to the opening of the Holocaust Museum in Washington in spite of his country’s appalling record under the Ustaše regime during World War II, a record he had personally downplayed. Latvia holds an annual parade in which veterans of that country’s SS unit march proudly, and elsewhere in the Baltics communist outrages rather than Nazi atrocities are emphasized. All these countries are now members of the European Union. Recently, Ukraine elevated to heroic stature its own freedom fighters who had worked with the Nazis against the Soviets, and who had perpetrated crimes against Jews in general and Poles living in areas that had been Polish before the war and that were coveted by Ukrainian nationalists. Ironically, in the light of the current debate, the most emphatic official objections came from the Polish parliament.

What has become notorious as the ‘Polish Holocaust Law’ consists, in fact, of a number of amendments to a 1998 Law on the Institute of National Memory. A new wording has been introduced into article 55 of that law that declares: ‘Whoever claims, publicly and contrary to the facts, that the Polish Nation or the Republic of Poland is responsible or co-responsible for Nazi crimes committed by the Third Reich … or for other felonies that constitute crimes against peace, crimes against humanity or war crimes, or whoever otherwise grossly diminishes the responsibility of the true perpetrators of said crimes … shall be liable to a fine or imprisonment for up to 3 years.’ Immediately afterwards, in what can be considered a mollifying gesture, the law diminishes the sanction on those who commit such acts unintentionally and states that no offence is committed if the claims are made in ‘the course of one’s artistic or academic activity’. 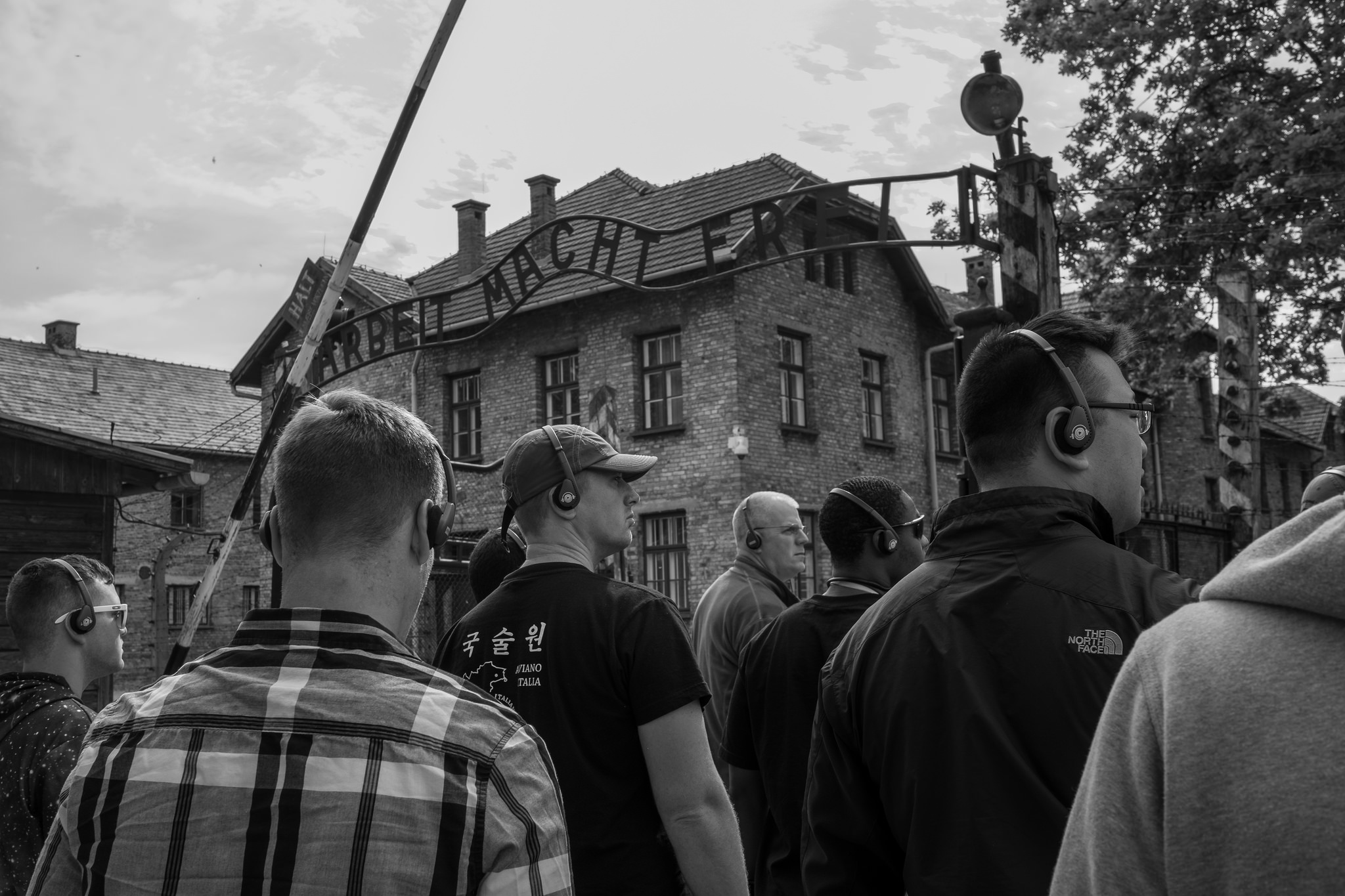 Among other new amendments is the prohibition of the term ‘Polish death camps’ to refer to Nazi extermination camps set up on Polish soil, thus giving legal force to a policy long pursued energetically by Polish diplomacy aimed at correcting loose usage of terms abroad. Among the first amendments to the law is a frontal attack on ‘Ukrainian nationalists and members of Ukrainian units collaborating with the Third Reich … participating in the extermination of the Jewish population and genocide of citizens of the Second Polish Republic’ (i.e. pre-war Poland), although the chronological parameters assigned to these crimes (1925–1950) extend beyond the existence of the Third Reich and most of the Jews referred to here were also Polish citizens. Clearly, the Polish parliament was intent on pursuing its recent condemnation of the rehabilitation of Ukrainian nationalists, regardless of the good relations that have been established in recent years between the two countries.

The international storm aroused by the adoption of these amendments spread quickly from Israel to the United States and to western Europe, in particular to France. The Polish government found itself torn between its closest allies and its domestic base. On the one hand, as the European Union has grown increasingly critical of recent Polish policies, Poland has been pleased to find support in the United States and has basked in the glow of President Trump’s visit to Poland last summer, when he praised Poland’s stance. Moreover, both Poland and Israel have succeeded in separating Polish historical antisemitism from Poland’s strong support for the Israeli state. On the other hand, it is an article of faith among many Poles, especially those who support the Law and Justice Party, that Poles behaved in an exemplary fashion during World War Two and that they resisted the Nazi occupation, whose victims they were, and never its collaborators. Poles take pride in pointing out that at Yad Vashem, the Holocaust memorial centre in Jerusalem, their compatriots have earned the greatest number of commemorative trees, close to seven thousand or one quarter of the total, devoted to the righteous gentiles who saved Jews during the war. Given that interwar Poland had a Jewish population of over three million this is still a paltry number. The same Poles point out, in turn, that in Poland, as opposed to other occupied countries, helping a Jew was punishable by death.

In recent days, rightwing groups have mobilized in support of the amendments and condemned those abroad (and at home) who, as the head of the Law and Justice Party, Jarosław Kaczyński, put it, ‘provide fodder for those who insult Poland’. At the same time, the percentage of survey respondents who believe that Poles and Jews suffered equally during the War has been steadily rising, while those who believe that Jews were the main victims of the War has been decreasing. Poland thus stands in the forefront of what Ian Buruma has called ‘the Olympics of suffering’, whereby countries compete for the title of victim-in-chief.

Until now, puncturing the belief in Polish innocence has been the work of academics, often located abroad, such as Jan Gross, a Princeton professor and former Polish dissident, and Jan Grabowski, a sometime specialist on native Americans now at the University of Ottawa, who has written about betrayal of the Jews by ethnic Poles during the War in selected areas of Poland. A narrow segment of the Polish intelligentsia is also experiencing pangs of conscience over the revelations of past Polish misdeeds, particularly since the publication of Gross’s book on the pogrom in the village of Jedwabne in 1941, almost two decades ago. This fraction of the intelligentsia is, in any case, not the electorate on which the governing party depends.

Loss of support from its main ally, the United States, is, however, a major source of concern. Poland relies upon Washington to shield itself from pressure from the European Union to which it belongs, and it founds much of its international legitimacy upon American approval of its policies. The Polish government’s efforts to curb international indignation – indignation commended by Nazi hunters as proper but selective given the woeful record of Holocaust revisionism in other post-Soviet countries – have been clumsy and unsuccessful. Most recently, Jarosław Kaczyński praised Israel and sought to condemn antisemitism, but blamed its recent upsurge on the enemies of Poland, ‘one can even say the devil’.

Such statements are not likely to help the cause he is defending. The Israeli foreign ministry has reportedly warned the Polish government not to send a delegation to Israel until the government expresses the intention of amending the recent legislation. The Polish president, Andrzej Duda, has attempted to appease domestic opinion by signing the law containing the new amendments and to calm international outbursts by referring it to the judiciary to ascertain its constitutional compatibility.

A rare voice of reason is to be found in the declaration of the Polish Centre of Research on the Extermination of the Jews, which opposes the amended law on the grounds that it serves as a tool of ideological manipulation. The law, the Centre argues, amounts to an imposition of an official politics of history and is an unprecedented effort in a democratic country to intervene in the public debate. Historical truth, it declares, cannot be decreed from above.

It is unlikely that this warning has been heard, in Poland or abroad.