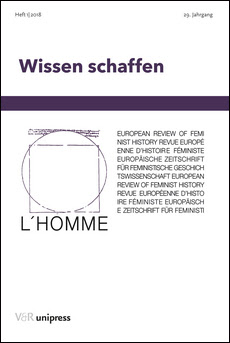 Interviewed in feminist history journal L’Homme, historian Londa Schiebinger talks about her influential work on gender and science. Biological determinism and the notion that ‘by nature women are incapable of doing great science’ was, Schiebinger argues, ‘an integral part of the new democratic orders in the US and France’. As the ‘knower of nature’, science was the arbitrator of social debates: if slavery and the disenfranchisement of women were to be justified, ‘scientific evidence had to show that human nature is not uniform but differs according to race and sex’.

Skeletons first appeared in European anatomy in the eighteenth century and provided ‘proof’ of women’s intellectual inferiority and proper social role as child-bearers. Although biological determinism has now largely been abandoned, says Schiebinger, gender remains a ‘primary category of power and privilege in western cultures’. ‘But because these structures of power were developed in the eighteenth century, they can also be rebuilt to advance equality in the twenty-first century.’

Schiebinger, who also works on colonial history, has developed a methodology referred to as ‘agnotology’ – ‘the study of culturally-induced ignorances’: ‘What we know or do not know at any one time or place is shaped by particular histories, local and global priorities, funding patterns, institutional and disciplinary hierarchies, personal and professional myopia and much else as well.’ In her latest book – Secret Cures of Slaves: People, Plants and Medicine in the Eighteenth-Century Atlantic World – she explores what, in the absence of written sources, the circulation of plants can tell historians about the ‘provenance of a cure’.

Producing knowledge: Sophie Ruppel on women’s role in the dissemination of botanical knowledge in the early Enlightenment and the gendering of botany from the eighteenth century; Patricia Fara on the careers of three female British scientists during World War I and the peacetime reversal of their wartime enfranchisement; and Elke Kleinau on the pioneering research done by female social workers in Weimar Germany on women, youth and families. 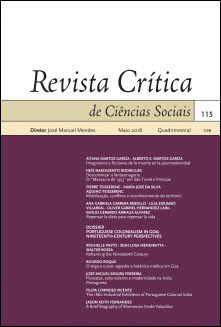 Social sciences journal Revista Crítica de Ciências Sociais carries a dossier on Portuguese colonialism in Goa. It responds, write the issue’s editors, to a move among historians of colonialism towards ‘histories of individuals and of processes whose significance was not primarily determined by the contribution to the imperial economy’.

Knowledge production: Filipa Lowndes Vicente writes on the Industrial Exhibition of Portuguese India in 1860, the earliest of its kind both in Portugal itself or in its colonies. Portugal’s distancing from its ‘Asian Empire’ and its concentration on Africa encouraged an early process of Goan identity-building, Vincente suggests:

‘“Goa” was being defined through writing and publishing, through photographing, through excavating, through collecting, and through putting together temporary exhibitions in which all of these instruments and practices of knowledge were congregated.’

Natural science: Ricardo Roque looks at the circulation of Garcia da Orta’s botanical text Colóquios dos simples e drogas da Índia (1563), comparing mechanisms for validating unfamiliar knowledge systems in the sixteenth and nineteenth centuries. Through a process of ‘translation’, Roque argues, non-western medical knowledge was appropriated by western science and indigenous practitioners were erased from its history. This separation of knowledge from its context of production was typical for universalist nineteenth century science.

Language: Jason Keith Fernandes revisits the biography of Wamanrao Varde Valaulikar, the Konkani writer and activist. ‘If today, Konkani is seen as the language that marks Goan identity … it is because [Valaulikar’s] project found support the among dominant Hindu caste, not just in Goa but along the subcontinent’s western seaboard.’ Valaulikar was thus integral to the foundation of the Goan public sphere in the nineteenth century, argues Fernandes. 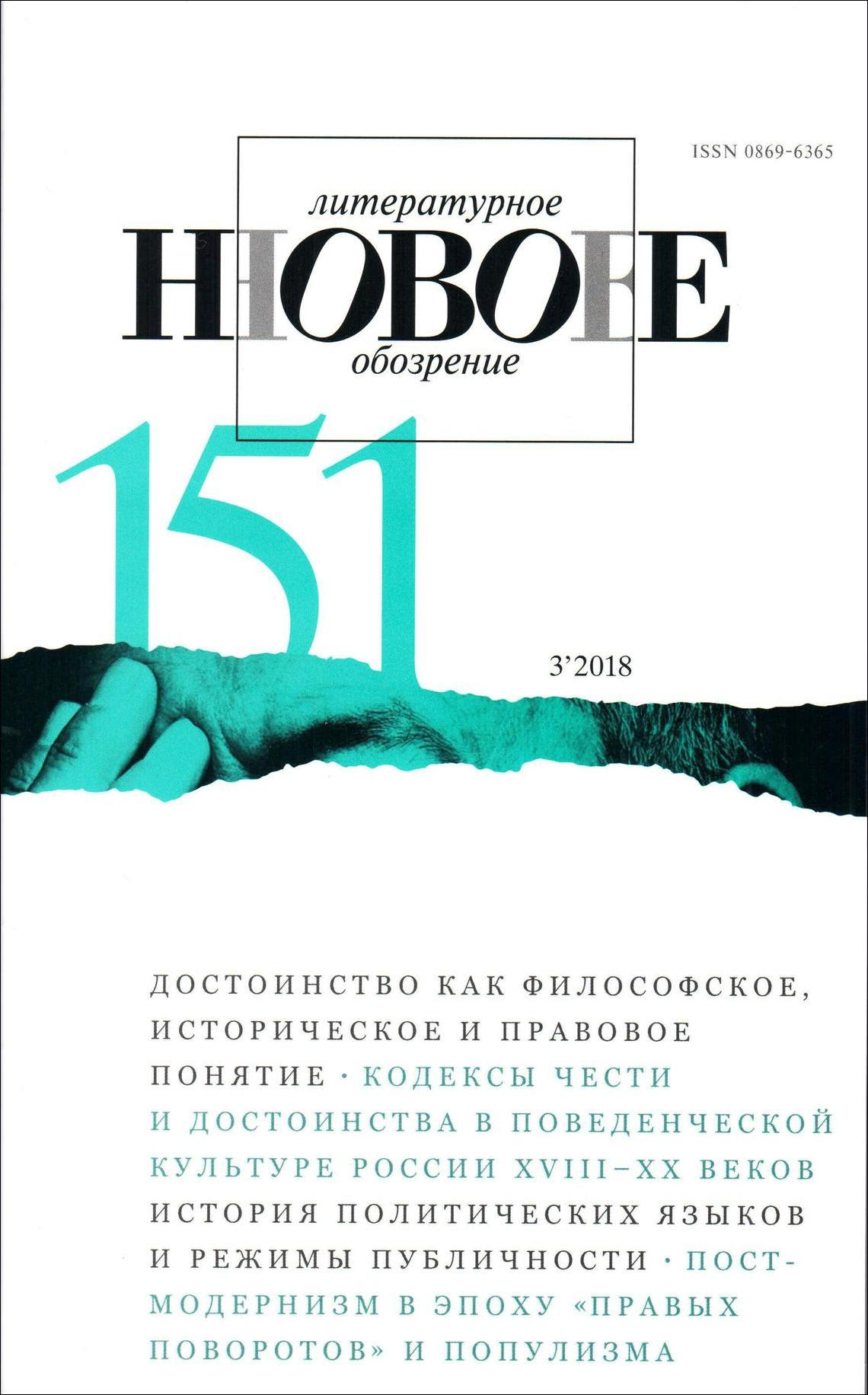 New Literary Observer focuses on ‘dignity as a historical concept and central category of our age’. The centrepiece of the dossier is an essay by philosopher Avishai Margalit on ‘human dignity between kitsch and deification’. Historically, idealization of the human being as semblance of the divine has created cultures of domination, however kitsch is the more usual tendency in the modern era, Margalit argues:

‘There is kitsch art but there is also kitsch morality. … Sentimental humanism, its noble sentiments notwithstanding, is highly amenable to the two faces of kitsch: the moral and the aesthetic.’ And later: ‘Human dignity is not about purity, whereas kitsch sentimentality is. Kitsch, as Kundera pointed out, is the absolute denial of shit in our life both in the literal and metaphorical sense of the word. It is easy to respect morally women and children that look as if they are taken from Murillo paintings. But it is hard to respect people who are pretty shitty.’

Legal history: According to Elena Marassinova, eighteenth-century Russia knew not only death sentences, but also ways of socially and personally destroying an individual, including public dishonouring, branding, loss of status and political punishment. And Xenia Cherkaev explains how legal protection of dignity and immaterial goods was introduced into Russian law with the Moral Code of the Builder of Communism in 1961. When the USSR collapsed, Cherkaev writes, the defence of ‘honour and dignity’ remained: Russian law now defines dignity as a ‘moral and legal category’. 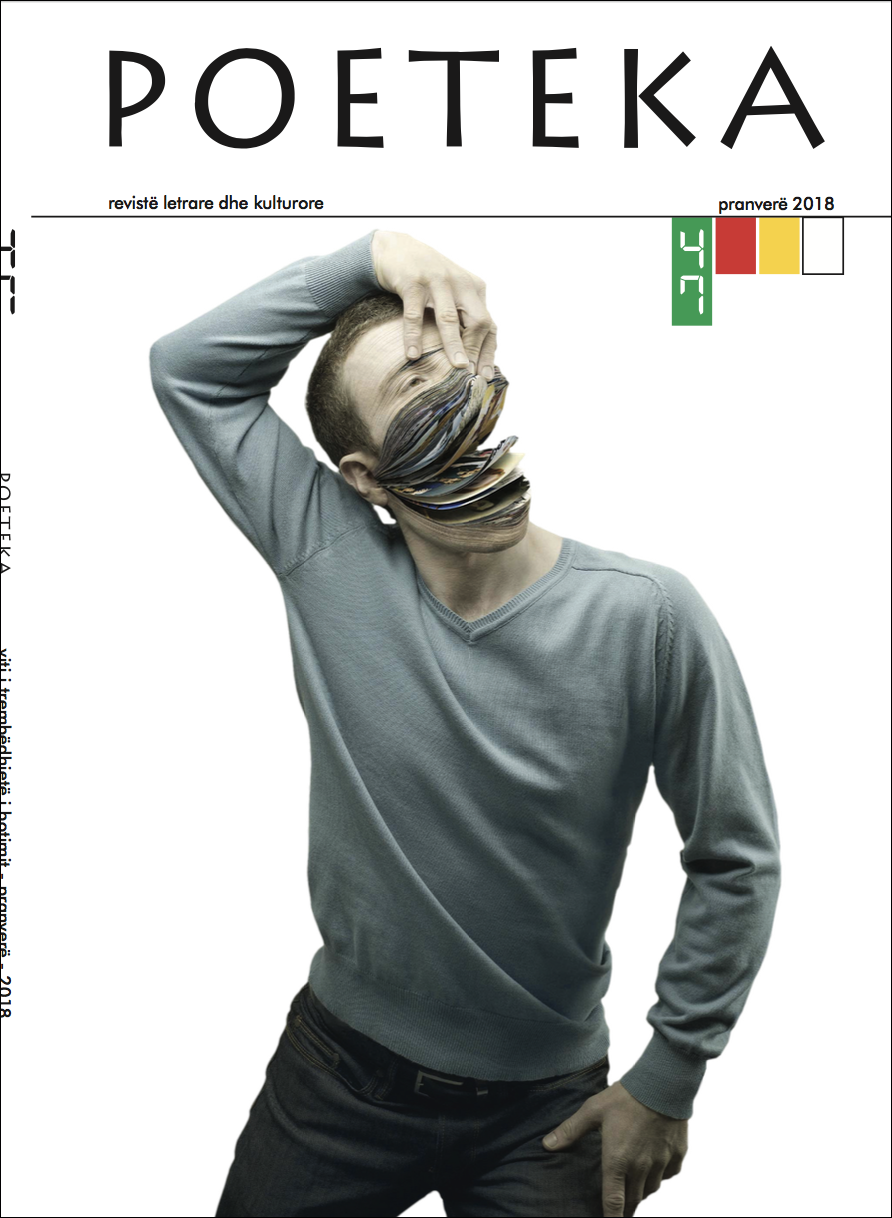 Poeteka focuses on ‘committed literature’. Silvana Leka’s leading article asks where political commitment stands in the twenty-first century, ‘faced with the subject of migrants, the return of mass hysteria, and the presence of camps in Europe’. What is the effect of ‘the wars in Syria, and the growing wave of political fascism and aggressive capitalism in the countries of South-East Europe?’

The author looks back at the fraught history of literary commitment, from the socialist realism imposed under Albanian communism and Sartre’s contemporaneous littérature engagée to the erosion of overt commitment by the discourses of post-modernism. She finds that the nature of commitment is being reshaped, while readers ‘thirst more for information than literature’.

She has chosen for Poeteka writing ‘dedicated to ideals that have survived the centuries, especially that of freedom’, including translations of the radical Chechen poet Jazra Khaleed, who writes in Greek, and of Serbian writers who reflect on the troubled but not always conflicted Serbian-Albanian relations. The Kosovar playwright Jeton Neziraj writes movingly on the life of the film actor Faruk Begolli, caught between Prishtina and Belgrade, and not fitting into either nationalist camp.

Fluidity: Writers with a shifting national identity express the journal’s anti-nationalist spirit. The Albanian poet Gentjana Minga writes in Italian and sends a poetical greeting to her mother in Durrës from Bolzano. This kind of fluidity is not new: Albert Gjoka unearths the extraordinary history of ‘Letter to My Dead Wife’, written pseudonymously and in German under the name of G. Maranaj and published in Tirana in 1943. Attempts to pin down this author to his biographical details do the text a disservice.

Canons: Arian Leka meditates on inclusions and exclusions on Albanian bookshelves. Albania’s historical experience has involved extreme isolation yet simultaneously the sense of being at the centre of geopolitical and ideological storms. The author recalls his ‘uncle from Russia’ filling the house with Russian classics of Russian literature, with his father pitting against these books writers from western Europe. ‘East against West! Western literature against Eastern! The people’s democracies of the East against progressive writers of Europe! Jacobins against literary girondistes […] but neither my ‘Russian’ uncle nor my father understood the absurdity that dogged them both.’ For both these literatures were strictly within the bounds of official toleration. Nor has the disappearance of censorship realized the Borgesian vision of paradise as a library.
More articles from Poeteka in Eurozine; Poeteka’s website 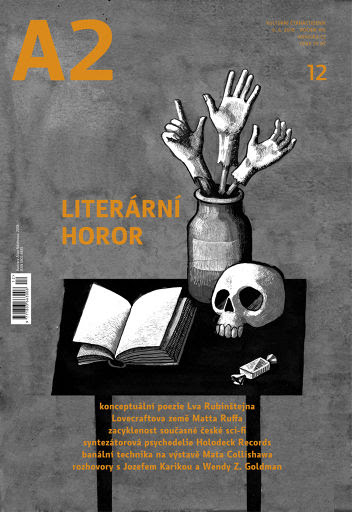 The star of issue A2 12/2018, which focuses on horror and speculative fiction, is Slovak writer Jozef Karika, author of bestselling historical thrillers and mysteries. His most recent, phenomenally successful horror novel Trhlina (The Crack, 2016) tells the story of four young people who set out to explore the Tribeč mountains in western Slovakia – a kind of Bermuda triangle where people are said to have been disappearing for years.

The Crack caused a stir in 2017 when it became the first work of genre fiction to be shortlisted for Slovakia’s most prestigious literary prize, Magnesia Litera. In an interview, Karika admits he was pleased by the nomination but remains unfazed by the honour, regarding the impact of literary critics as minimal. He feels more strongly about the current political situation in Slovakia:

‘This country has been de facto abolished by organized crime linked to government parties. This became very clear following the murder of Ján Kuciak and his fiancée. We are all part of this big pretend game: the MPs, the government and state institutions pretend to represent the people, while the people pretend to be citizens. But in fact, the social contract has fallen apart, we are living in Hobbes’s state of nature, or “homo homini lupus”. It’s the crack. The country has fallen off the edge. Tribeč has swallowed up all of Slovakia.’

Global horror: Honza Vojtíšek, the editor-in-chief of Howard, the only Czech journal dedicated solely to horror, summarizes the main trends in domestic and world horror and explains the popularity of the genre: ‘horror is more concerned with the human being per se: individuals’ fears, responses, behaviour: why they succumb to evil’. Rather than distinguishing different national offshoots of the genre, Vojtíšek discerns different regional varieties, such as Japanese and Korean, as opposed to ‘“Slavonic horror”, which often employs psychology and a distinctive humour and sarcasm’.

The Eurozine Review presents a selection of the latest issues of Eurozine partner journals, summarizing their contents in English as a way of encouraging cultural and political dialogue between national public spheres in Europe. Subscribe here