On the sociology of money

Twentieth-century social sciences tended to leave monetary questions to economists, but in recent years there has been an explosion in the sociological research of money. ‘Mittelweg 36’ offers perspectives. 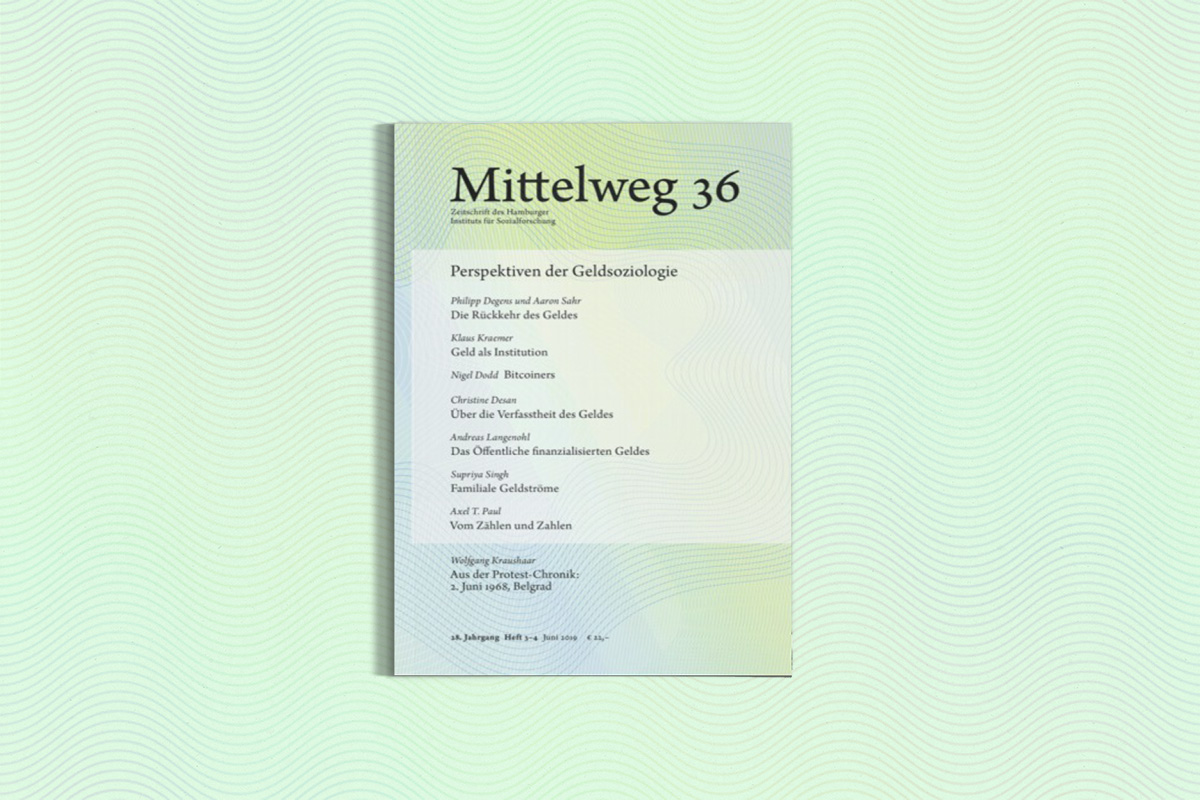 Despite auspicious beginnings with Georg Simmel’s Philosophy of Money (1900), twentieth-century sociology has tended to leave monetary questions to economists, write Philipp Degens and Aaron Sahr in their introduction to the current issue of Mittelweg 36 (‘Perspectives on the sociology of money’). When they did discuss money, sociologists relied on conventional economics, in which the ‘doctrine of neutrality’ dominated: i.e. money was seen merely as a means of transaction. Even in the late ’80s, when economy was rediscovered by sociology, the significance of money as such continued to be underestimated.

In recent years, however, there has been an explosion in the sociological research of money. According to Degens and Sahr, there are several reasons for this. First, the dematerialization of money and the emergence of a ‘cash-less society’. Second, the de-nationalization of monetary systems and the rise of private actors in the field. Third, the ascent of financial capitalism in the late-twentieth century, which heightened the significance of derivatives, capital and stock markets in thane increasingly globalized value production chain. Fourth, the politicization of money: the eurocrisis precipitated a re-evaluation of text-book economics and, with monetary institutions resorting to increasingly ‘unconventional’ solutions, a focus on the architecture of the monetary order as such. 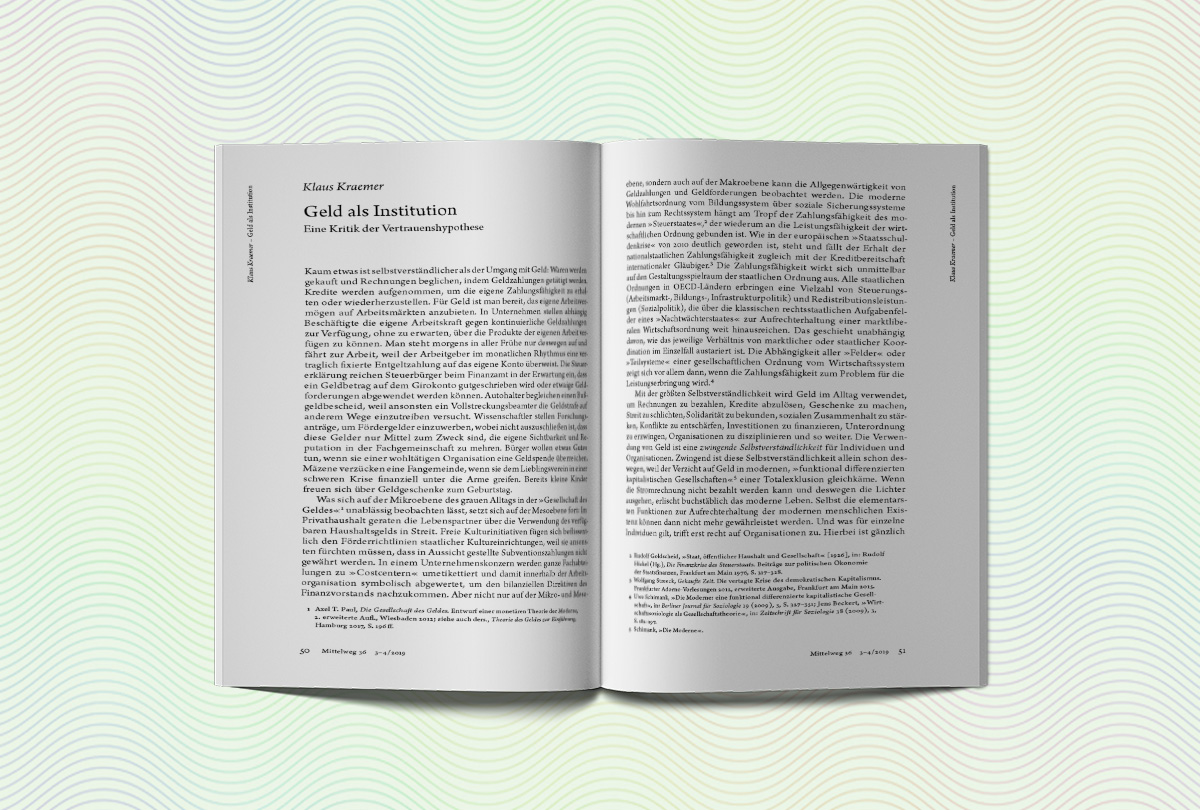 Klaus Kraemer on the social meaning of money as institution and the everyday distinction between trust and certainty; Nigel Dodd on the social practices, organizational structures and utopian ambitions of Bitcoin; Christine Desan on the legal, institutional and material conditions for money production and their impact on systemic roles and distribution of profits; Andreas Langenohl on publicly financialized money, debt derivatives and the transformation of money into a source of value production; and Supriya Singh on migrants’ remittances and the technical and logistic challenges this poses for governments in the global South.

Wolfgang Kraushaar on the demonstrations against Tito’s ‘red bourgeoisie’ at the University of Belgrade in the summer of 1968, including a cameo by the father of the artist Marina Abramović, a revered former partisan who threw his party card into the crowd of students – only to have it returned by a party official, who laconically warned him that without it he would be unable to draw his pension. 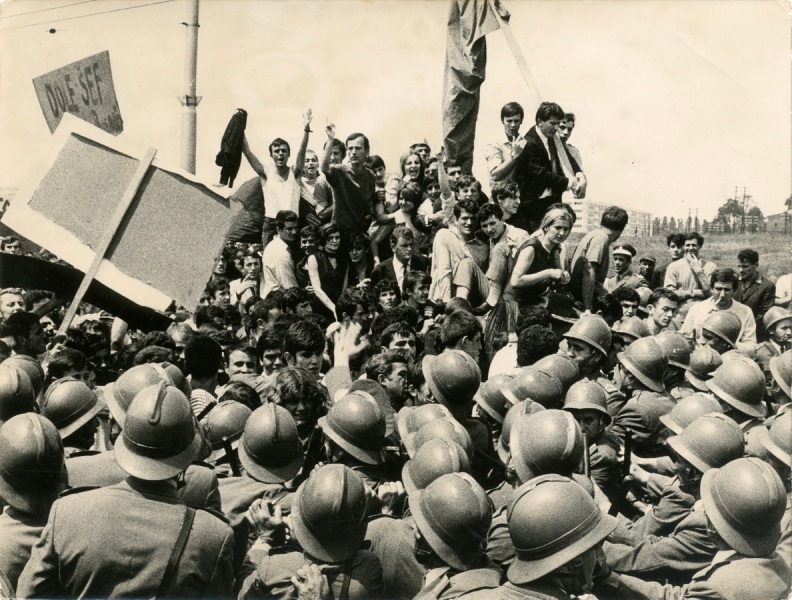