‘Il Mulino’ calls on all Europeans; ‘Dublin Review of Books’ advocates a clean break; ‘Esprit’ hears first hand from whistle-blowers; ‘Index on Censorship’ reports on local news worldwide; and ‘Revolver Revue’ talks about the things that cannot be forgiven. 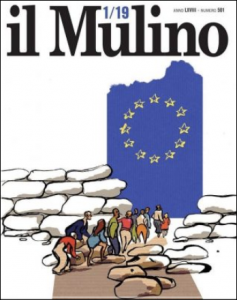 In anticipation of the EU elections in May, il Mulino mounts a passionate defence of the European project. The EU can act as a bulwark against the social, economic and identity crises across the continent, writes the political scientist Yves Mény. But this requires the support of all democratic, socialist, liberal and Christian forces. Europeans must stand up to preserve their democratic, political and social achievements: observing from the sidelines will only accelerate the decline of ‘this most beautiful post-war project’. In the past, ‘the Franco-German aeroplane’ remained airborne, despite occasional failures of one or the other engine. ‘But what is striking today is the discrepancy between the desires of both partners. When one wants to accelerate, the other slows down’.

Class struggle: Inequality is to blame for the social unease visible across Europe, argues Francesco Saraceno. ‘The dramatic increase in inequality in most advanced and emerging countries has a clear winner: the small group of “global plutocrats” who have taken possession of an ever larger portion of the pie; and also a clear loser: the middle and lower classes in the advanced countries, which find themselves squeezed between the richest 1 per cent (almost all located in the western democracies) and a rampant new bourgeoisie in the emerging countries.’

Neoliberalism: A combination of institutional arrogance and neoliberal policy has broken the link between EU and its citizens, writes Colin Crouch (read the article in Eurozine). And yet, as the mass demonstrations in support of EU membership in Britain show, Europe can still inspire affection. To continue to be worthy of such sentiments, the EU must develop forms of integration beyond rules and markets. ‘There have to be new European policies that create links, which touch the lives of citizens, especially those who normally cannot see the value of the EU. The Commission needs to liberate itself from the neoliberal economists who today inspire most EU policies. We need new sources of imagination.’ 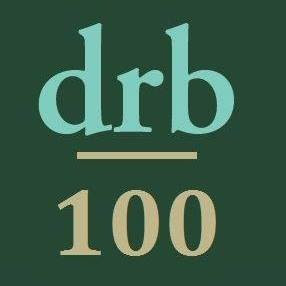 If you want to understand Brexit, read Irish commentators. They know the British – and particularly the English – in ways that the British can’t; they are as familiar as any Brit with the ins-and-outs of Brexit, but are embroiled in none of its controversies; and, as members of a nation for whom the EU means the opposite of  ‘vassalage’, their analyses are mercifully free from the kind of triangulations that have paralyzed politics in the UK.

A case in point is Maurice Earls’s latest piece in Dublin Review of Books. Earls begins by warning against ‘depicting the English who wish to leave the EU as irrational idiots’. Instead, Ireland and Europe must grasp the historical depth of the Brexit: ‘The absence of organized violence should not distract from the fact that the constitutional issues involved are as profound as those of the seventeenth century.’

This leads Earls to a stark but realistic conclusion: ‘The point is that the anti-EU element are not going to disappear under the wheel of progress; they will persist for a long time, possibly a very long time. And that element is poisonous to the EU project. Even if a second referendum were to yield a majority for remaining, that poison would remain in English culture and it would seep into EU political life. The EU needs to see the UK out of the Union, and the sooner the better.’

History: Richard Evans’s new biography of Eric Hobsbawm is the starting point for an excellent discussion of the Marxist historian by Marc Mulholland. While Hobsbawm’s description of the revolutions of ’89 as the ‘worst breakdown’ of the century demonstrated ‘acute myopia born of bitter disillusion’, his notorious refusal to repudiate his communism comes off better with growing historical distance: ‘The end of the Cold War served only to exaggerate anti-communist vitriol as heroes of liberal thought abased themselves before the neoliberal God which, it seemed, had not failed.’

Also to look out for: John Mulqueen’s review of Pierre Caquet’s The Bell of Treason: The 1938 Munich Agreement in Czechoslovakia, ‘a moving account of the destruction not of some faraway land riven with unresolvable ethnic hatreds but of a European democracy’. 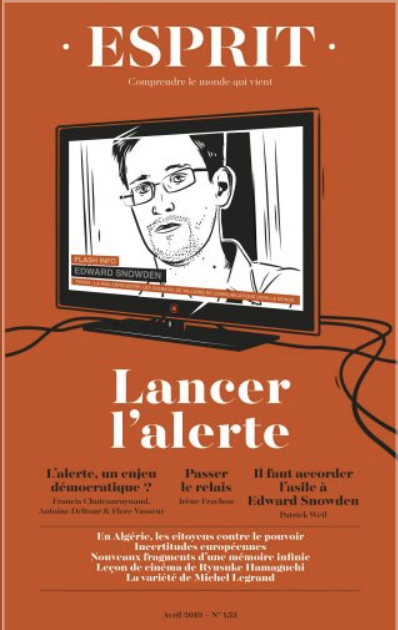 The current issue of Esprit looks at a hero of our times: the whistle-blower, or lanceur d’alerte – the French term including not just people working within the institutions that they criticize, but anyone who raises the alarm. Anne Dujin defines the lanceur d’alerte as a kind of prophet standing alone in the face of a consenting majority. Typical examples have been those who, in recent decades, exposed the dangers of asbestos or the insecticide DDT. Famous whistle-blowers in the narrower sense have included Ralph Nader (automobile industry) and Antoine Deltour (tax evasion in Luxembourg). Then there have been the leakers: Snowden, Manning and, of course, Assange.

Pharma industry: Irène Frachon writes about her struggle against the Servier company and the French pharmaceuticals approval body to prove that the drug ‘Mediator’ had caused five hundred deaths. Her revelations showed up the complex network of resistance to anything threatening the status quo: ‘It’s not easy. I’m a hospital doctor … I’m faced with a powerful company with a reputation coyly referred to as “special”, not to say sectarian, historically linked to powers political and medical, to those whom I might call “the people in the know, those with power, the owners”, who will not accept being upset or deprived of the exclusive nature of their power and possessions.’

The common good: The sociologist Francis Chateauraynaud, the whistle-blower Antoine Deltour (Luxembourg Leaks), and Flore Vasseur, the maker of the film Meeting Snowden, discuss society’s view of the lanceur d’alerte. Why is this figure so popular? Is she or he a martyr, a hero, a spokesperson embodying popular resentment towards multi-nationals? Deltour warns:

‘I have learnt from my own experience that the danger for some lanceurs d’alerte is that they may develop a form of obsession, perhaps caused by their environment. If the response to your revelations is weak, you may turn inwards. As you suffer reprisals and meet with closed doors, you may refuse to give up – that would seem completely senseless. So you cling on to your claim at the risk of going quite crazy … Nevertheless, the important thing is still the common good. The trouble is that nowhere will you find a definition of “the common good”. It will always be subjective.’ 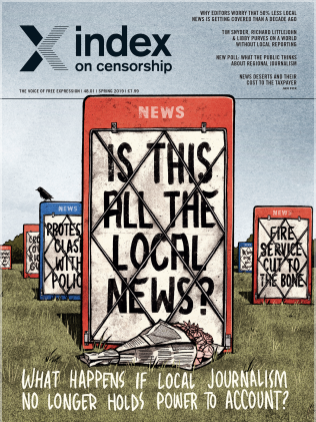 Local journalism is losing ground, the result of digitization, ownership concentration and political pressure. This tendency correlates closely with political disengagement, producing poorly informed citizens and lower election turnouts. It also leaves communities without watchdogs who would hold power to account. Local news has traditionally been the entry level for investigative journalism and professional innovation, but with advertising disappearing from the sector and big publishing groups solely interested in profitability, this function threatens to disappear. In an issue on the challenges facing local journalism worldwide, Index on Censorship reports from China, Argentina, India, Turkey, and more.

Hyperlocal: In Spain, a new breed of media known as ‘hyperlocals’ have appeared, writes Silvia Nortes. Typically founded by journalists made redundant during the financial crisis, they engage closely with their audiences and community actors such as cultural institutions, NGOs and city councils. ‘Content is different from mainstream media and doesn’t replace agency news … Hyperlocals are considered by many to strengthen democracy, featuring voices that don’t normally appear in traditional media.’ Advertising is still their main source of finance, but public funding is gaining importance.

Artificial intelligence: Mark Frary writes on the increasing use of AI in news work, whether to monitor data fields, create basic news elements on topics such as stock market indexes and sports results, or to complement deep-dive investigations with data visualization. Technology doesn’t replace humans’ investigative or storytelling capacities, Frary reassures us. But it is changing journalists’ workflow: in smaller news organizations, where resources are low, updates on local events can be automated, allowing staff to work on more substantial stories. Ironically, ‘some of the funding for the increased use of AI in local journalism comes from two of the companies that have done much to take advertising away from local news publishers, even though they thrive on their output – Facebook and Google.’ 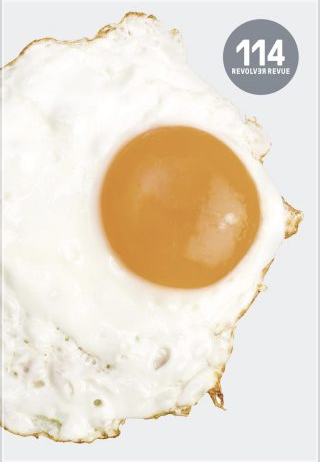 It has been eleven years since the scandal broke around Milan Kundera’s communist past. To recall: in 2008, Adam Hradilek, a historian at the Czech Institute for the Study of Totalitarian Regimes, published an article in the magazine Respekt, in which he cited archival evidence indicating that in 1950 Kundera, then a young student and a committed communist, had informed on Miroslav Dvořáček, a young anti-communist. Dvořáček was arrested and sentenced to 22 years’ imprisonment on charges of treason, part of which he served in the notorious Jáchymov camp, before being released during the thaw in 1964. After the Soviet-led invasion of Czechoslovakia in 1968, Dvořáček emigrated to Sweden.

In its new issue, Revolver Revue publishes a conversation between Hradilek and Dvořáček’s widow, the mathematician Markéta Dvořáčková. She talks about growing up in an assimilated half-Jewish family in interwar Prague and tells how, unlike many Holocaust survivors, she never embraced the communist regime. When Hradilek’s report was published, she says, the Swedish public and press focused on Dvořáček’s fate, whereas the French media took Kundera’s side.

‘I told them it didn’t matter whether it was Kundera or not, whether he was famous or not: it was basically an appalling thing to have done. And that Miroslav didn’t care who was responsible, as it wouldn’t have changed anything, and that the idea of forgiveness was completely absurd because such things can never be forgiven. You can forgive someone who has kicked you or offended you, and so on, but what had happened to Miroslav was a very different matter.’

Everyday communism: Historiographical reflection on the period between the 1968 invasion of Czechoslovakia and November 1989 is the subject of a collection of texts published recently by the Institute for the Study of Totalitarian Regimes. The publication, writes Tereza Šnellerová, eschews old dichotomies such as power vs powerlessness, democracy vs totalitarianism, official vs unofficial culture, and instead favours the ‘paradigm of the everyday’. This approach, Šnellerová argues, amounts to an abrogation of moral responsibility. The book ‘is a travel guide to a dreary reality which, however, it plays down by trying to mine it for anything that was good and functional.’

This is our 7/2019 Eurozine review. Click here to subscribe to our reviews, and you also can subscribe to our newsletter and get the bi-weekly updates about latest publications and news on partner journals.