Norway’s prime minister Jens Stoltenberg seems to have spoken for most of his countrymen when, responding to the attacks of 22 July, he said that “the Norwegian response to violence is more democracy, more openness and greater political participation”. But this quiet call of defiance has been accompanied by severe critique of the harsh tone of public debate, especially on the Internet. Illiberal and intolerant opinions echoing those held by terrorist Anders Behring Breivik thrive on blogs and online forums, but also in the commentary fields of mainstream media. Knut Olav Åmås, culture and op-ed editor at Aftenposten, joins in the call for “more debate” – even if it is repellent and offensive. Conflicts in society must remain visible. That also goes for sensitive issues such as integration and multiculturalism. 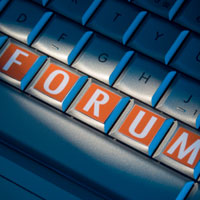 The debates in the Internet media, on blogs and other online forums have received a lot of critical attention in the past few days. They are better than many make them out to be, but the bad exceptions ruin much of their reputation. It is clear that all who are responsible for online debates must become even better at utilizing their complete range of tools to influence the level of debate, and encourage the desired ethics.

But what about the rest of our public debate – the broadest, most visible and influential debate taking place in the main daily newspapers? We need this debate not least because it represents a wide public where one is met with opposition, counter arguments, criticism and corrections. These are qualities that are absent from many of the most narrow channels and niche-media. In those, opinions and viewpoints are much more easily polarized far beyond what is acceptable and decent. Only peripheral forces benefit from that.

Public spheres must be edited in order to be really good and important – whether it is the newspapers who do the editing or it is the critical, corrective communities of social media such as Twitter and Facebook.

There is one thing I feel is important regarding the national politicians’ wish for “more debate” and “more democracy”: To realize that the difference between word and action is the prerequisite for a rational, open and free society like Norway. Ethics and significance must always be carefully considered before publishing, but the absolute limits for free expression is only reached at criminal statements and incitement to violence.

Every month I read several thousand opinion pieces that the print version of Aftenposten receive. They show me that Anders Behring Breivik’s ideological standpoints are easily recognizable, and not directly rare – whether one likes it or not.

Nothing supports the notion that driving sensitive and uncomfortable discussions below ground is good for society. (It was in societies without free speech that lives were lost during the cartoon controversy.) It is just as difficult to see that such repression is compatible with our political leaders’ wish for “more debate” and “more openness”.

Norway is admittedly a country with few differences. But those that exist should be visible – in order to be worked through sensibly and tested against the facts. This also goes for sensitive topics such as integration and multiculturalism. That holds true whether the message is good or bad. On the one hand, Norwegian media should get better at highlighting the successes of Norwegian integration policies. On the other, a lot of unpleasant things are broadcast in these debates. This is sadly the price one pays to live in a democracy.

Not even an act of terror intended to shoot and bomb the vision about the open, multicultural society to oblivion can be allowed to hinder the public debate about what sort of society we want.